Visiting one of the oldest pubs in Gauteng 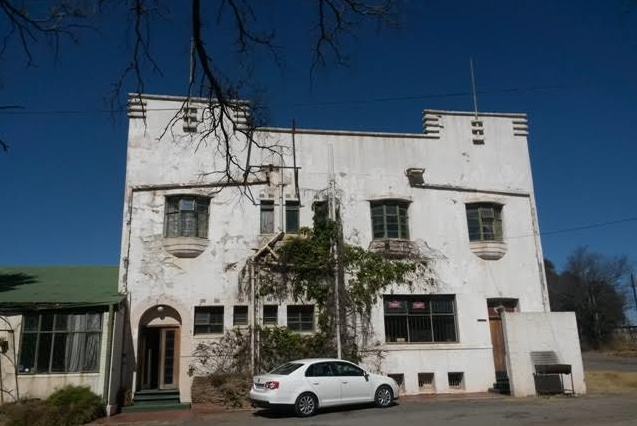 There is a pub/hostelry in Benoni on the site where the original gold rush started in this region, now 6 km east of the Benoni City Centre. The Chimes Tavern was obviously built as a watering hole for the many expat miners that came to seek their fortunes. It was built in 1889 which makes it 127 years old (as of August 2016) and is thus one of the oldest pubs in South Africa, north of the Cape Province.

I had heard and read that its days might be numbered so I went there last weekend to get some photos which are a keep sake for always. These are included after the brief history of the place hereunder, taken from the Benoni 100 years centenary brochure:

The Chimes Tavern got its name from the “Bell Syndicate” who started prospecting for gold on the Reef in 1885 which they eventually found near where the Chimes Tavern is situated today. They called their mine “The Chimes Gold Mine” which was situated West of the New Modderfontein and below the Kleinfontein Mine. In 1888, the site occupied by the town was first proclaimed as a gold-bearing reef on the farm Benoni when 24 claims were pegged. The stand on which the Chimes Tavern was built, was originally a prospector’s claim No. 335 held by the first owner George William (Bill) Eaton. As the law at that time prohibited the holding of a liquor license in respect to ground forming a prospector’s claim, Bill Eaton got round this by converting claim No. 335 to a Diggers Claim. The Chimes was built of wood and iron as most of the buildings were at that time. Part of the original wall still remains behind a wooden partition in the foyer today. Even though there were other hotels in the area, the Chimes was regarded as the best known establishment.

Bill Eaton not only started the Chimes, but also Greyhound racing. These races were held where the Greyhound drive-in used to stand – which we know today as the Dunswart intersection. He was married to a coloured lady from St. Helena who was known to all as Mother Eaton. Mother Eaton was a fine, respected and very generous woman. People remember her riding into town in her black carriage drawn by two white horses, sitting very erect and wearing a high hat with lots of feathers. Her journey most times would be taking her to the market to buy food for the poor. She was a religious person and did a lot of charity work through the church. The Chimes did very good business up until the Anglo Boer War between 1899 and 1902 when Bill Eaton who was a burgher, was enlisted in the Army. He reopened the Chimes on his return from the war, but business did not pick up for many months. He never renewed his license and sold his business to a man called Pessen who rebuilt the Chimes in fired brick and mortar. The Eaton’s children - two daughters and a son where adopted. The two girls went to the Benoni Central School in Howard Avenue.

Bill Eaton died in August 1939 and was laid to rest in the Benoni Cemetery by his wife who as records show ordered a double grave hoping one day to join her husband. She never did and no trace can be found of her or their children. They have simply disappeared.

Morris Lasser Pessen was a Russian Jew, born Messad, Korna in Russia. He arrived in South Africa in 1895 and was naturalized as British in September 1906. He owned the Chimes for a considerable length of time. He then sold it to Mr. & Mrs. Hosiassohn who did not even stay a year at the Chimes.

In 1928 the new owners were the Knopf’s and Mr. M. Koensgsfest - who only lasted a couple of months.

Mr. Knopf came to South Africa from Germany in 1901 with his wife who was Polish and their seven children. In 1931 the Knopf’s sold the Chimes to Mr. Jack Silbert. Jack & Ester Silbert owned the Chimes for many years from 1931 to 1963 and in the 32 years that they had ownership, they changed the name from the Chimes to the Transvaal Hotel.

Major Howie and his wife took over the hotel in 1963 and once again changed the name back to the Chimes Tavern. Asked why the name change, Mrs Howie said “both my husband and myself feel the name the Chimes is more appropriate to the area on which the hotel stands and as also it was the original name. While still owning the Chimes, Mrs. Howie became Benoni Lady Mayoress from 1968 to 1969. In 1977 the Chimes owners became a company called Chimleek Pty Ltd and in 1978 Mr. R.J. Eurelle took over. 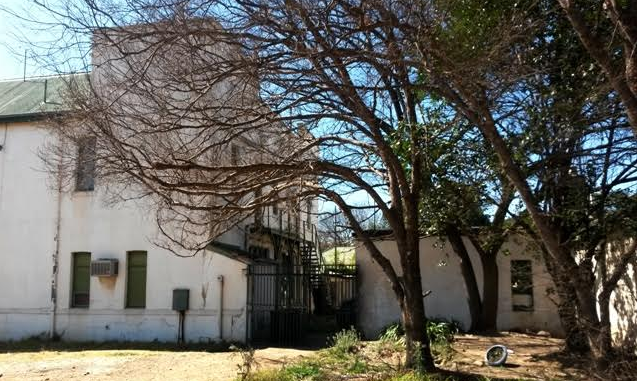 After dodging a pothole infested path and going through a non-existent gate, the hotel appears on the right (Gary O'Bryan) 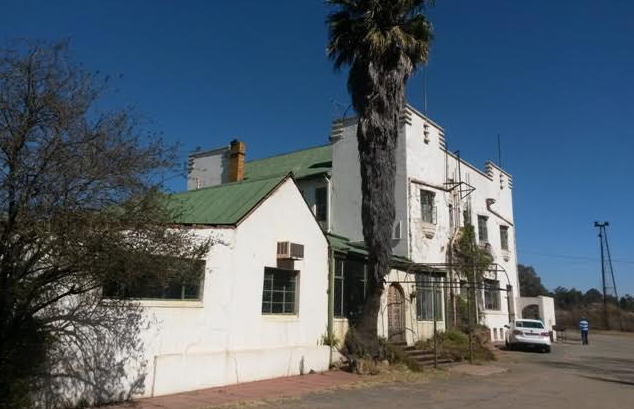 The front facade is still reasonably intact and, at face value, it would seem that a good lick of paint would see it back to its former glory - see main pic as well (Gary O'Bryan) 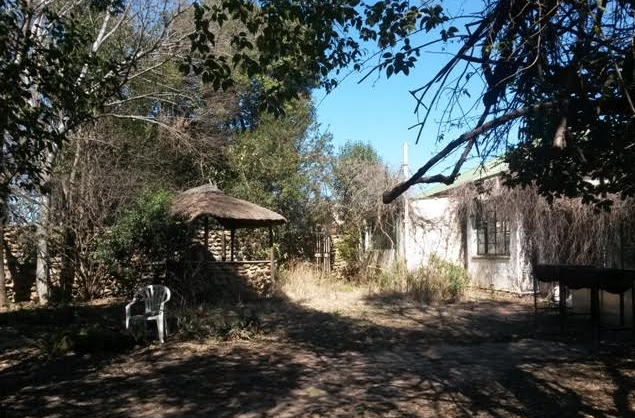 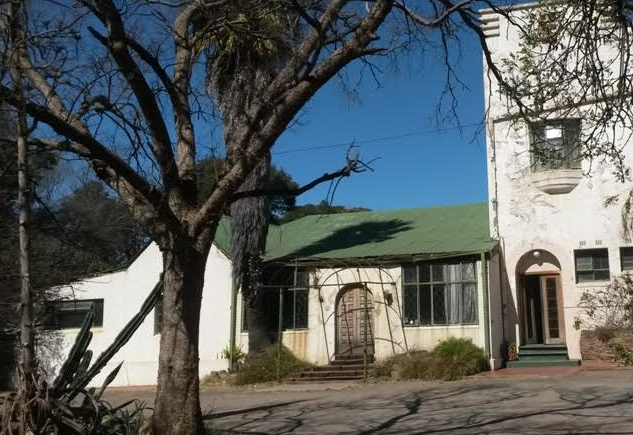 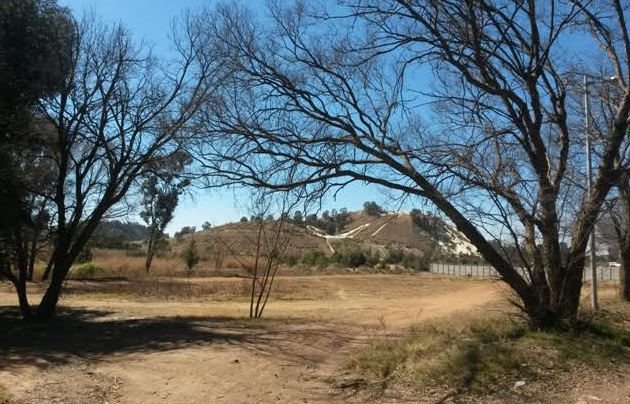 This pic would indicate part of the problem of the Tavern's deterioration. 100 years ago this area would have been teeming with official workers of the Chime’s and New Kleinfontein gold mining companies. Today there are illegal miners living in informal housing just beyond the field (Gary O'Bryan) 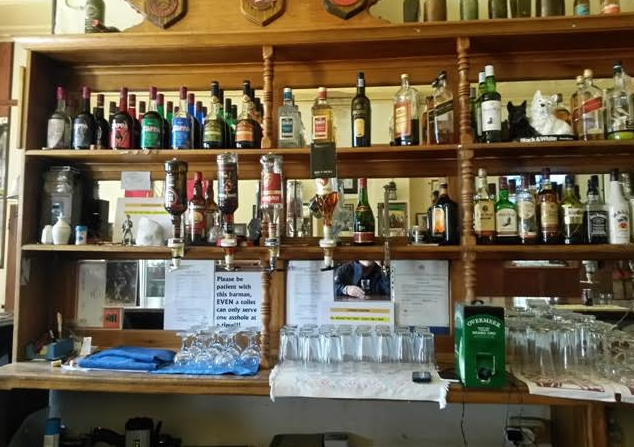 The interior is still charming and the magnificent wood and hand made decorations are such a visual treat. The sign at the back says, “Please be patient with the barman, even a toilet can only serve one asshole at a time”.. This is clearly a male domain. (Gary O'Bryan) 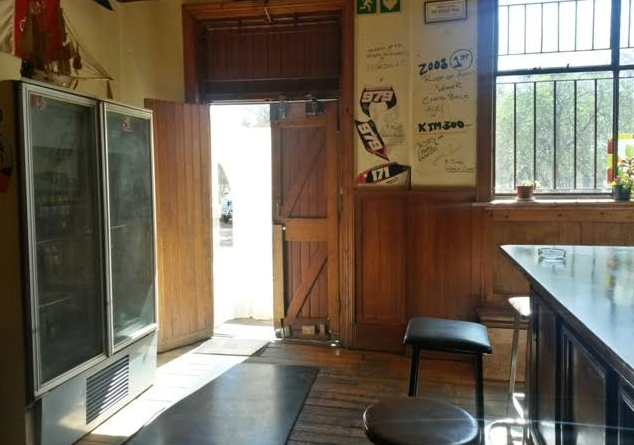 If these walls could tell stories!?? (Gary O'Bryan) 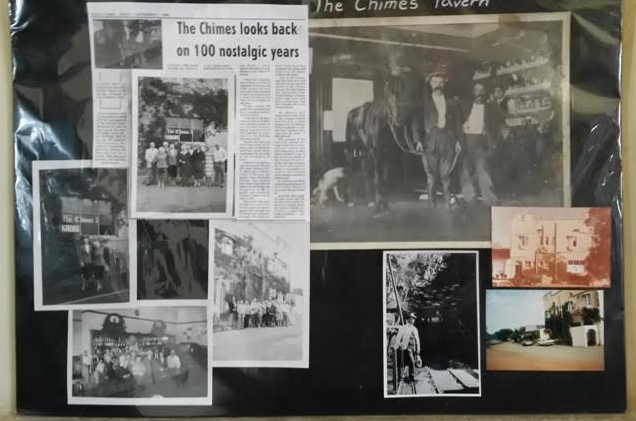 Some memorabilia mainly done when the establishment had its centenary in 1989. In the following 27 years I am afraid it has deteriorated slowly but surely (Gary O'Bryan) 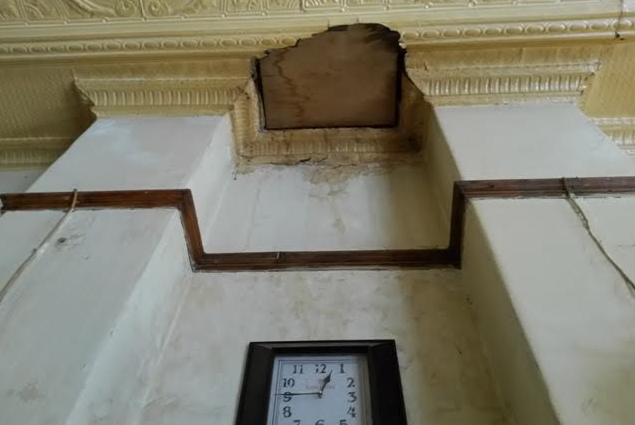 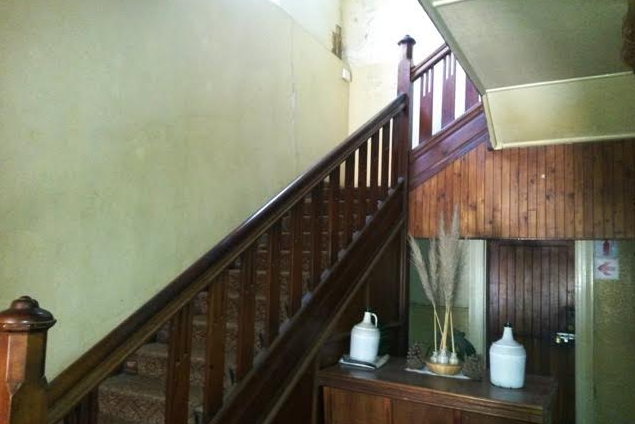 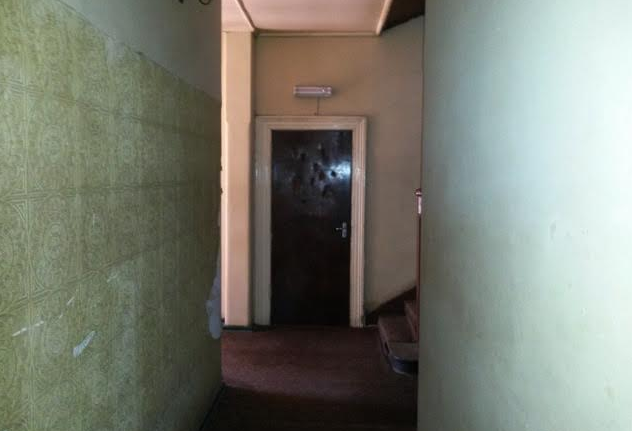 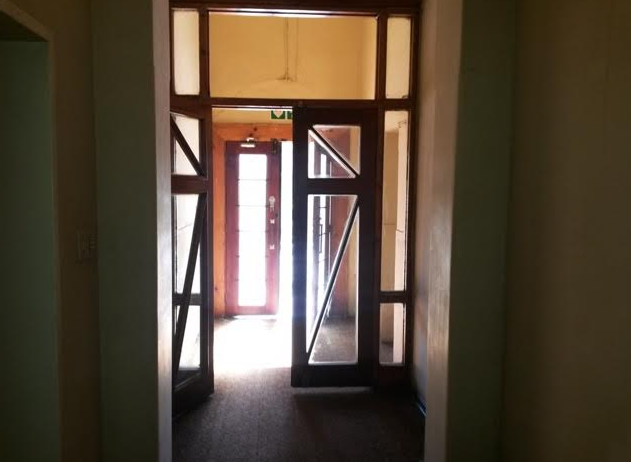 And then the view out the front door, the last view for many, whether to continue to seek their fortunes or try their hand at something else or return home on a slowboat to Europe... (Gary O'Bryan)