A short history of one the Cape's earliest freehold farms 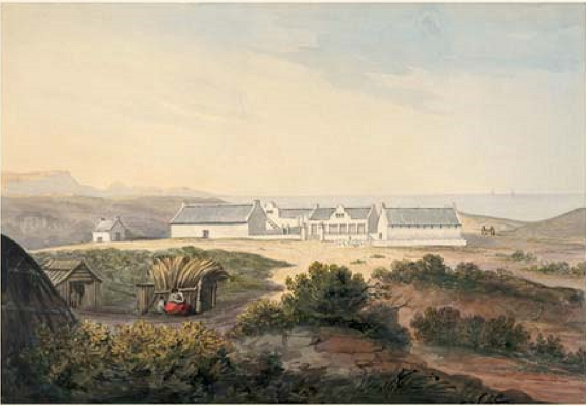 Ganzekraal is a farm dating back to the early 1700s. It was a key farm in the Groene Kloof (as the area north of Rietvlei and all the way to Geelbek on the Langebaan Lagoon was referred to in the time of the VOC) and is significant as part of the network of farms and buiteposte that stretched the VOC influence all the way from the Castle to Saldanha Bay.

Ganzekraal was one of the earliest freehold farms at the Cape, the title thereto having been given to Jacob van Reenen by a grateful government in recognition of his long and arduous trek to find the wreck of the Grosvenor (wrecked in 1782 on the North Transkei Wild Coast). The slave bell tower still stands today and this housed the bell from the Grosvenor, that Jacob had brought back from his expedition to find the wreck in 1790. 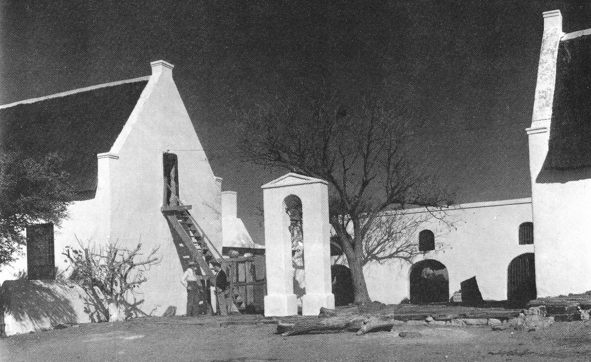 Jacobs Bay which lies West of Ganzekraal was named after Jacob Van Reenen and was used by him to load his grain and produce onto ships that would lie at anchor in the sheltered bay. Today it is the holiday resort of Ganzekraal offering chalets, camping and a conference center.

The book “Ganzekraal” written from the memoirs of Mary Melck Kuttel, recalls the days from her birth (1900) to when her father had to sell, due to horse racing debts. It tells of a gracious error of Edwardian times.

Sadly the new owners had no sense of history and changed many of the architectural features and cut down trees and orchards that had stood for decades. In 1965 the then owners gave workers instructions to burn this undergrowth. Soon after starting the fire a strong South Easter came up and the house and dairy were gutted.

In 1970 the land was expropriated by the Department of Community Development and the property was leased to a farmer who kept cows and grew wattle. He proudly announced to Frances Kuttel Keegan (daughter of Mary Melck Kuttel) when she was there doing research for the book, that he had “flattened” the old house and dairy with his tractor.

Today all that is left is the old Schoolroom/Stable, Dovecote, outbuildings (pig sty, cart house, cowshed) and whilst there has been attempts to restore this valuable example of a bygone error, never to be repeated, these efforts have come to naught. 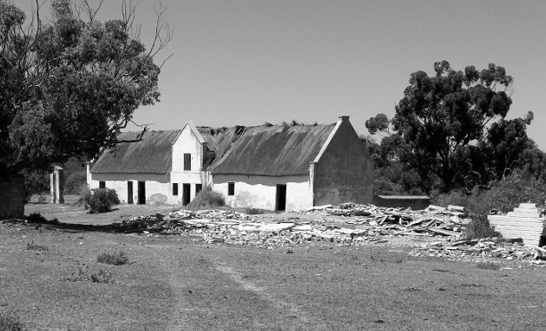 Schoolroom at Ganzekraal in 2016 (Paul Naylor) 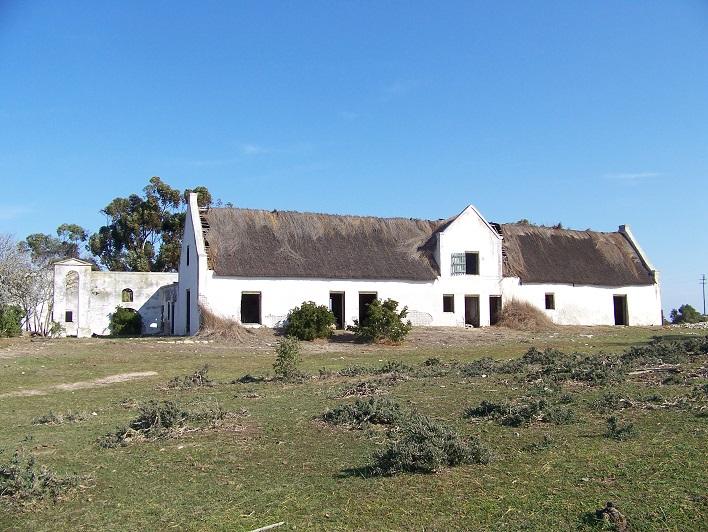 Another angle of the schoolroom (Paul Naylor)

One can only hope that some organization will soon come forward and recognize the importance of renovating this site and bring it back to its former glory and preserve one of the very few examples we have of the history of this fascinating West Coast area.

Paul is a resident of Melkbosstrand (20 kms from Ganzekraal) and has a passion for local history. The neglect of so many of South Africa's heritage sites has motivated him to document what is left in his area.