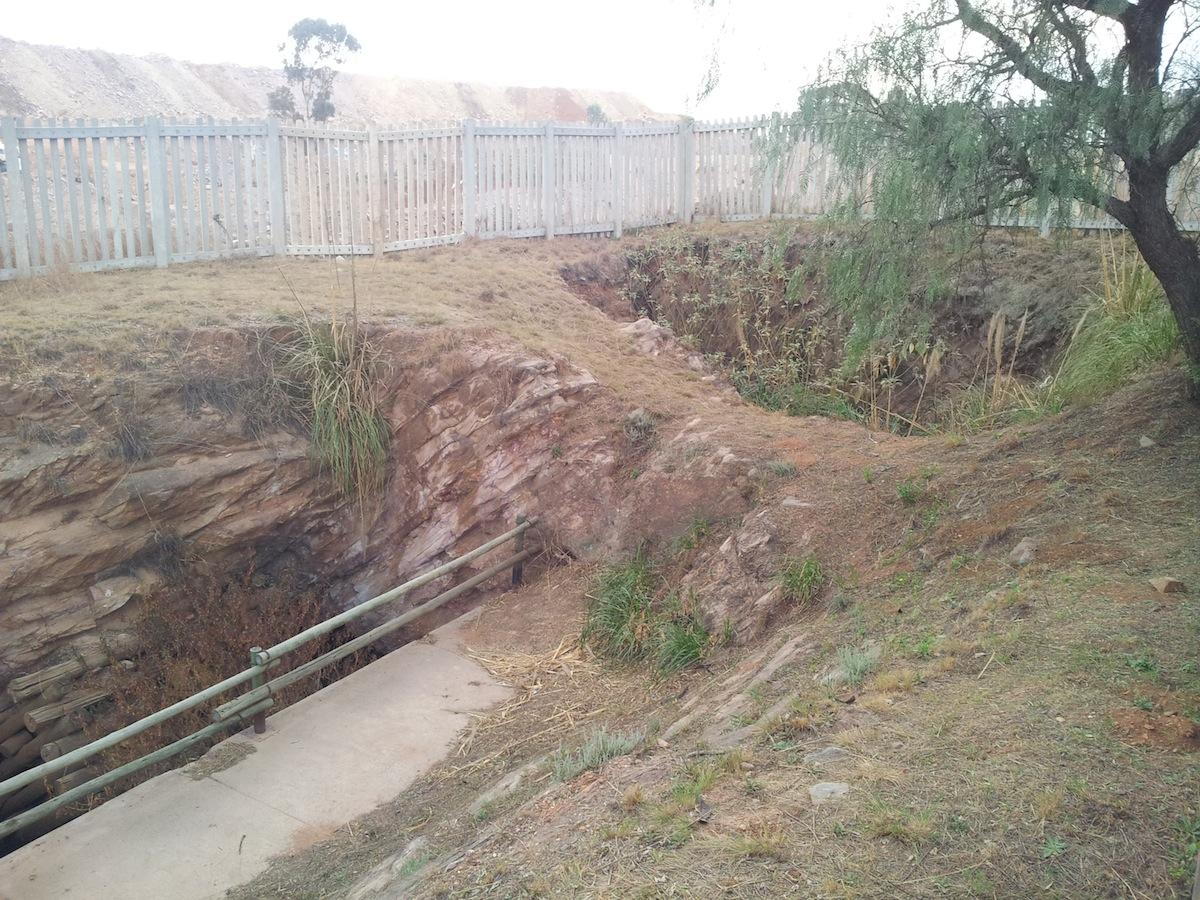 In 2013 we ran a depressing story about George Harrison Park - the site commemorating the discovery of the largest gold field on earth. It appears as though things have got even worse. Below are a few comments from leading author and geological consultant Gavin Whitfield.

On 6 September I took an IMA group of 33 geotourists on a Witwatersrand field trip. One of the stops was at George Harrison Park, the geological site commemorating the discovery of the Main Reef and Leader in early-1886. As you know this discovery led to the proclamation of what became the Central Rand Goldfield and the founding of Johannesburg in late-1886. As such it is an iconic Johannesburg landmark that needed conservation and protection.

What I found was a disgusting mess, and on the verge of being lost for the future. I was embarrassed to take the visitors around and I kept our time there as short as possible. The old mine workings are now the home of the zama-zamas (illegal miners) who are apparently “working” the remaining reef in the close-by Central Rand Gold open-pit. If there was any significant level of gold in the old exposures I’m sure that they would have been mined as well. All metal railings within the old workings have been removed (stolen) making it dangerous as well.

Despite a prior assurance from Joburg City Parks the site had not been cleaned and there was no visible security. I guess they have bigger things to worry about. But the illegal miners were absent so some action may have been taken. Needless to say the visitors were not impressed. Strangely there is some irony in the situation – the gold-rich conglomerate was found by a couple of old-day prospectors (called “diggers”) and is being work-out by modern-day “diggers” i.e. the zama-zamas. A turn of the wheel that has an aspect of transformation about it!

I think that the position of the “remnant reef” is also structurally precarious, and that one day it could collapse into the open-pit. I venture to say that this is a geological site that is now almost at the point beyond saving, as long as the zama-zamas are active. It is not difficult to see why this monument to the past is in such a disaster – a combination of official neglect, lack of local interest (Paarlshoop, Riverlea), no heritage education, wrong address and a reminder of the colonial past – but I believe that its fate was sealed when CRG was allowed to mine the down-dip reef.

I do not see that the site has a sustainable future. I certainly will not be there again soon, if ever. Sadly, I personally think that any effort to save it will be wasted.