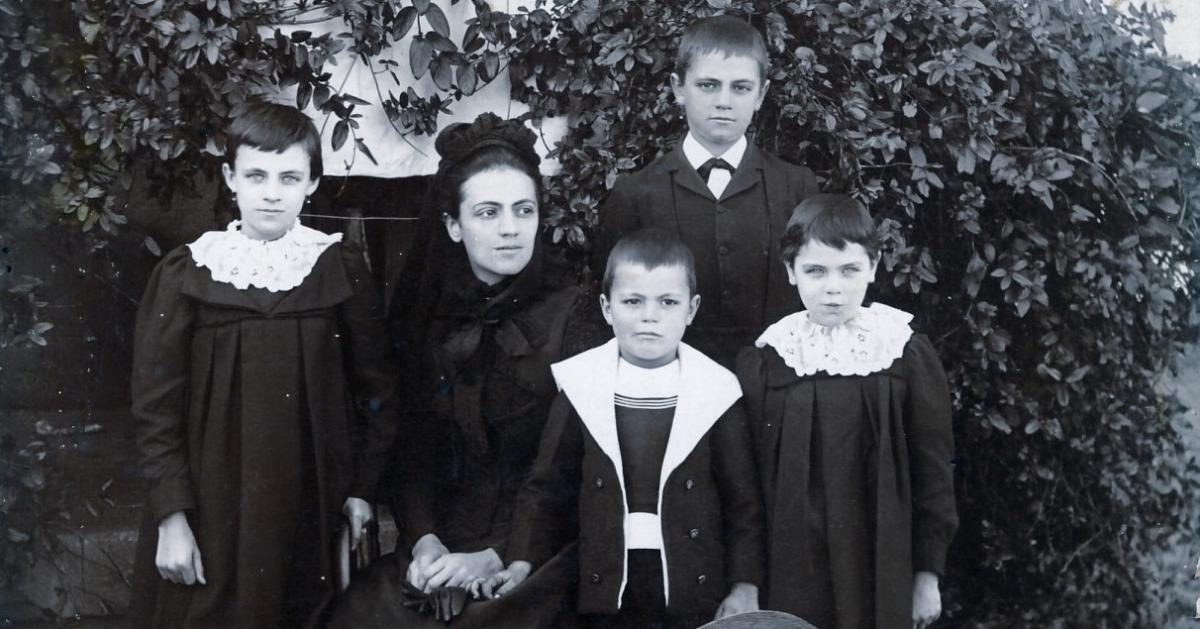 Nita Meyer and her husband, Izak, farmed at “Twyfelfontein” near Laffnie’s Drift on the Buffalo River. Her original diary, written in high Dutch and covering hundreds of pages, is held at the Talana Museum archives.

Izak was a burgher of the Utrecht Republiek and a brother of President Lukas Meyer of the Nieuwe Republiek at Vryheid. Nita was the daughter of Doctor Aveling, of Harrismith. They had two children, Marthie and Izzie.

The personalities from the Uys family, mentioned below, came from a tragic line of forebears. The patriarch Piet Uys and his son, Dirkie, were killed by the Zulus at Italeni in April 1838. The second generation Piet Uys was killed by Zulus on Hlobane on 28 March 1879 while fighting for the British forces. The third generation Dirkie was one of the first burghers to be killed at Talana on 20 October 1899.

Three men during the South African War - One is Dirkie Uys - Talana Musuem.jpg 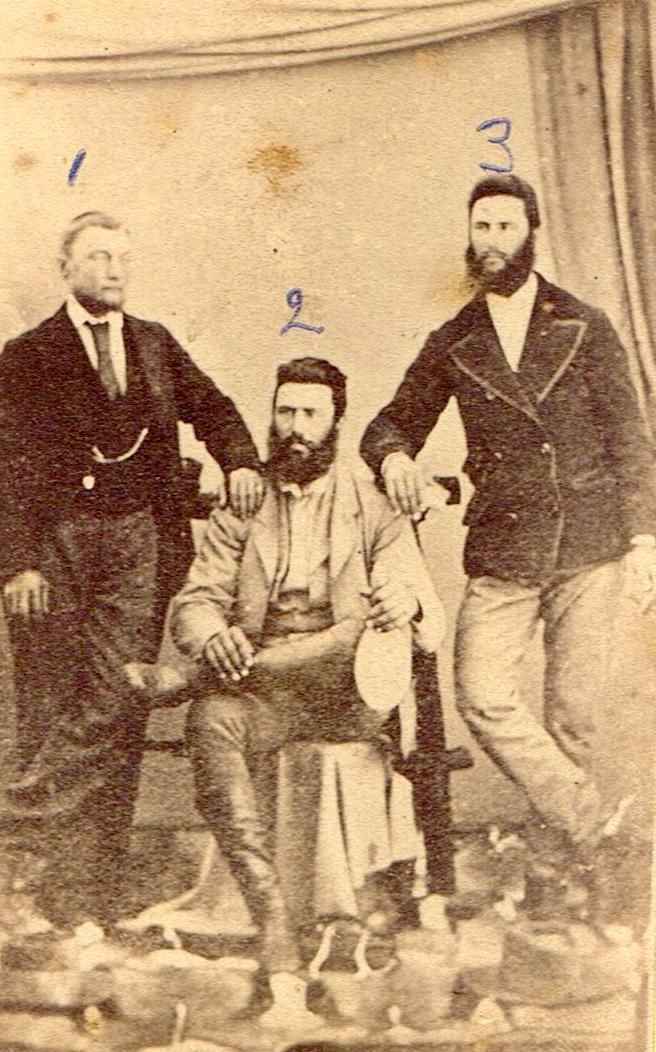 The first excerpt from the diary underlines the tragedies that non-combatants have to bear when their men ride off to war.

News came from my husband and from Dirkie Uys that the plan was to move out on 19th October to attack Dundee. On the 19th his (Lang Piet Uys – Dirkie’s father) wife, along with the wife of Willem Ebertsohn, arrived at “Wydgelegen”. You can imagine what dread and anxiety was voiced by these womenfolk. There was nothing to do but to sit and watch.

I shall never forget the morning of 20th October. Shortly before daybreak we heard the roar of guns and a booming that sounded very close and grew to a shattering alarm. Sina (Uys)) opened her window and called out “Nita, life is over for me. I know I shall never see Dirkie again. I looked at her with my eyes glued to the ground in anguish and grief. I could look up and see how pale and tragic she looked. I was so thunderstruck that I could find no words. She closed her window and turned away and I stood for a moment and tried to control the dreadful urge to scream. Then I spoke and turned round and said “Come Marthie, we must go to Tante Sina. I must go and talk to her, but how on earth can I? What can I do?"

The guns boom endlessly. I go into the house and see the blanched, tragic face ... so we sat for a while, Sina leaning her head on my shoulder. “Nita”, she said, “The Lord cannot save Dirkie. I shall never see Dirkie again”. Sina had four children ... the youngest was two or three years old. The poor children watched us with glum faces.

It is midday. The booming of the guns grows fainter and we ask each other “Oh what shall today bring for us”?

On the 21st just before midday I came out of my room to go to Sina. I see a man coming on horseback – immediately I recognise Koosie Moolman. He ties up his horse. I greet him and ask “Koosie, how did the battle go?” He looks me full in the face and says ”No, alright Auntie. Oom Izak is alright. He sends his love. I’ve seen him myself. But many are dead or wounded. Dirkie and Piet Mazaan, Lang Piet’s son, and Koos Boshoff are all fallen”.

Just one the four children come in but oh, to see their poor little ways was terrible. Poor Aunt Maria Uys begins to shriek, calling out her son’s name. Then Koos Moolman tells her that the cart is coming with the bodies of Dirkie, Piet and Koos Boshoff. Then people begin to arrive including Sina’s family.

The cart arrived only in the late afternoon of the 22nd at the house on “Wydgelegen”. In the night rain was falling and it was bitterly cold. Oom Lang Piet Uys rode beside the cart until it reached the house. Poor Oom Piet climbs down to the back of the wagon, but he cannot climb in, for he knows it contains the bodies of their son and brother. He goes back to the wagon again but still does not have the heart to get in. I stand on the stoop realising how agonising it must be for Oom Piet, great strong man that he is. Poor Sina came out with Aunt Bettie Moolman and climbed into the car. Oh but that was heart-breaking to watch Sina’s anguished sorrow. Then Hessie and I get into the cart. Yes, there lay three bodies tied down to the truckle bed, so they cannot be thrown. Dirkie Uys has been hit by a shell in his side and an arm. Koos Boshoff has been shot just above the eye and in the temple. Piet Uys was hit in the jaw and guts.

Dirkie’s body was lifted from the cart. The wagon moved on for Piet Uys to be buried on his father’s farm and for Koos Boshoff to be buried on his brother Phillip’s farm, where his widow and two tiny children were. She’s a daughter of Oom Gert De Jager, our next-door neighbour.

They traced all the dead and wounded, except for Will Cameron – he could not be found and to date no one knows what happened to him. Most of the dead were buried on Tom Smith’s farm “Talana”. Some of them were buried at Doornberg. My husband’s horse was lost. When he came to the hill where the battle was fought his horse had gone and he returned to the laager along with a horse belonging to one of the wounded, namely Hans De Lange.

It is now 23rd October. Dirkie Uys, Piet Uys and Koos Boshoff are to be buried today. After the funeral we returned home. As we drove on silently I saw a man riding towards the trap. But it was too dark to recognise him. When he recognised our little boy Izzie beside me, I knew it was my husband. Oh, the bliss to see him alive in this time of tragedy was beyond words.

On the morning of 25th October there came two horsemen - one the most precious things in the world to me, my man. They are returning to Ladysmith with nothing but his horse, his blanket, his bandolier and cartridges slung over his shoulders. Eventually, all I can see is tiny specks riding away and I know it will be a long and weary time before I see him again”.

The next section of the diary records Nita’s impressions of Dundee on her first visit to do some shopping after the battle of Talana. Peter Smith’s house referred to is, of course, the Smith Cottage in the grounds of Talana Museum.

We organise the wagon and set off at speed. First we come to Peter Smith’s house where our wounded were housed. Oh goodness, bits were shot out of the windows and doors – we had to pick our way through splinters of glass. Then we went into one of the rooms. The floor was stained with blood and bloodstains on the wallpaper. It looked as if someone had leant against the wall. We move out onto the verandah. There’s a saddle cloth there soaked in blood. No word was spoken – it was as if we could feel the agony of death amongst us. The pretty house was totally wrecked, the beautiful bedsteads shot to pieces. 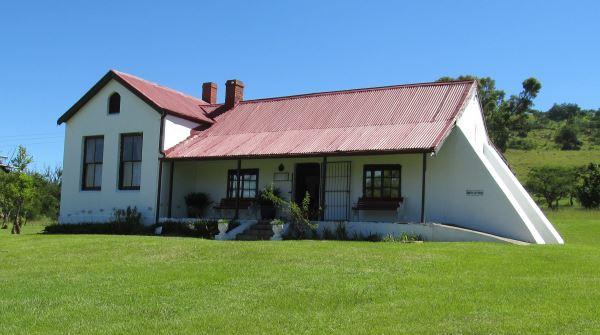 We walk all around. Then we reach a long grave near the trees, where the English had buried their dead.  There was nothing to buy in Dundee. Only one shop open with glassware for sale, but we had no need of that so we drove right through Dundee. Everything looked derelict. All the inhabitants had fled, or so it seemed. Houses standing with their doors and windows open, the curtains blowing out of the windows. Everywhere looked abandoned; we were stunned to see it like this. Only a few days ago the place was full of life and gaiety – now all is dead and destroyed.

And so starts an incredible memoir of the suffering of women during this war. Over the years parts of the diary have been transcribed from the Dutch into English by Pam McFadden and Sheila Henderson, but we are now busy with a full translation. This unenviable task has been undertaken by Vos Vosoo, a heritage architect from Newcastle and one of the Trustees of the museum. It is not an easy or simple task. Many months of reading the old fashioned handwriting and deciphering words that at times do not make sense…mbut perseverance will get the translation done and then hopefully published.

Today the farmhouse on the outskirts of Utrecht is a private museum, belonging to Nico Moolman. It houses an incredible eclectic mix of Boer and Anglo Boer war memorabilia.