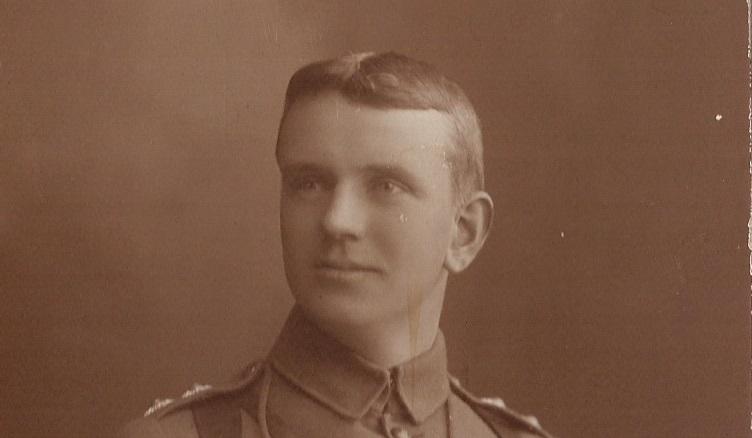 As a collector and researcher of Anglo Boer war related images the author, on occasions, finds original letters or newspaper clippings that relate to the “sitter” (person in the photograph) who was either a participant in the Boer War or simply a citizen caught up in the war.

Photographs in themselves tell stories, but to find personal letters either written by, or addressed to, the sitter enriches the story. The author feels compelled to record some of these personal stories – like this one:

Lieutenant Andrew Meikle, a British soldier, clearly had some dealings with Commandant Brand’s bride to be during the war. Andrew, on reading about her marriage to Brand (General at that stage), writes a letter, dated 19 January 1904, to the new Mrs. Brand reflecting on some of their interactions during the war.

It has been suggested that Mrs. George Alfred Brand, a Miss van der Merwe prior to her marriage to George Alfred Brand (1875 – 1922), walked away from the Bethulie camp and joined a nursing unit where she has been referred to as an angel sent, nursing the ill and wounded – friend and enemy alike.

The letter to her reads as follows:

It was with a great amount of pleasure, that I received the announcement of your marriage, and I am sure that no one will wish you more happiness and prosperity that I do.

I am afraid my small amount of Taal will not enable me to read all of the announcement, but from what I can make out, it seems you have married Commandant Brand, in which case, I am more pleased than ever.

I remember when I knew you at Wepener, we often talked about him. I would very much like a photo of you both together. Has your pretty golden hair grown again? You remember you cut it off at Wepener. I really was so sorry that you did so.

I’m afraid you must have thought that the “Rooineks” were a bad lot.

I have just had a nasty accident. I was riding my bicycle and was thrown off and fell heavily on my left shoulder and cannot move it at all, but it is less painful than before.

Well I need hardly ask if you have had a happy New Year: because really I could envy your husband very much. I wonder if you could send me a photo, just for old time’s sake. Many were the pleasant moments spent in the company, somehow you were different from the majority of Dutch girls.

Well! I think we are all glad the war is over, and yet I often wish and yearn to be in S. Africa again, trekking across the veldt. Of course there was the excitement of running into our late enemies, sometimes when least expected: but I think we can all claim to be friends now.

I should very much like to meet your husband, and when I do go to Africa, which I hope to do soon, I must come and see you both.

Do you remember our “trek” to “Tabanchu” from Johannesburg drift: I have always been sorry that I could not offer you more comfort, than I did but trust that you will understand that the exigencies of war does not provide much for the comfort of women, man or beast.

With many thanks for your kind remembrances – wishing yourself + husband every good wish.

PS. Please send photo if you can

Analyzing the letter may certainly result in some conclusions being made, such as that Meikle was clearly smitten with her, but key to the author is the confirmation of the social importance of the photographic image during those years. Meikle, in this letter does not request for a photograph once, but on three occasions requests Mrs. Brand to ensure that she forwards him a photograph – an indication of his positive recollections. Meikle in turn includes a photograph of himself. 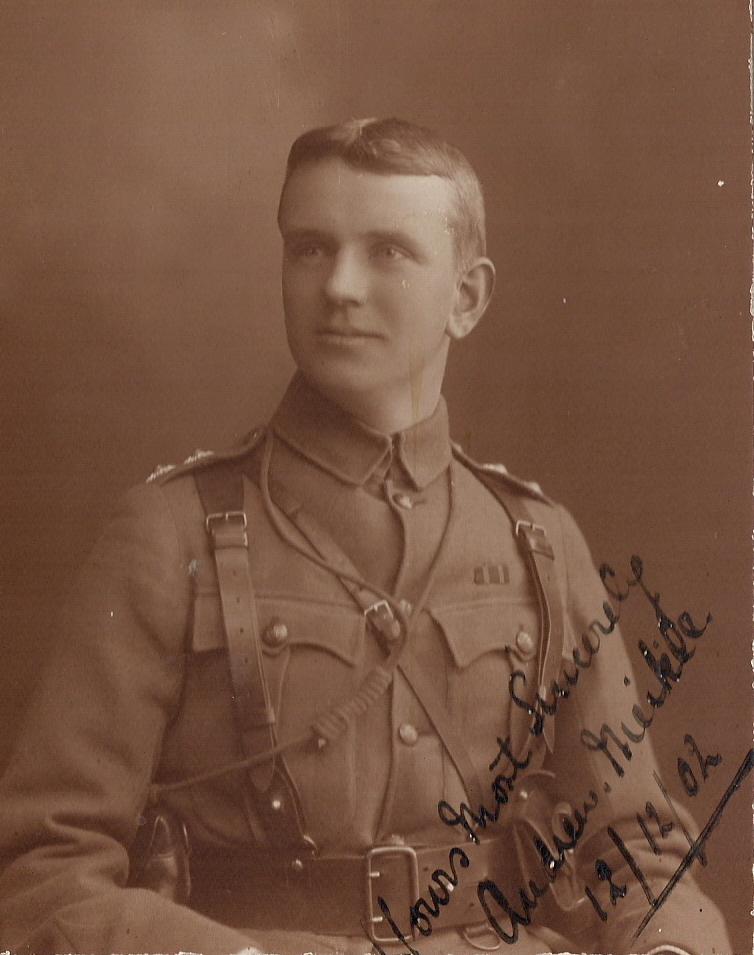