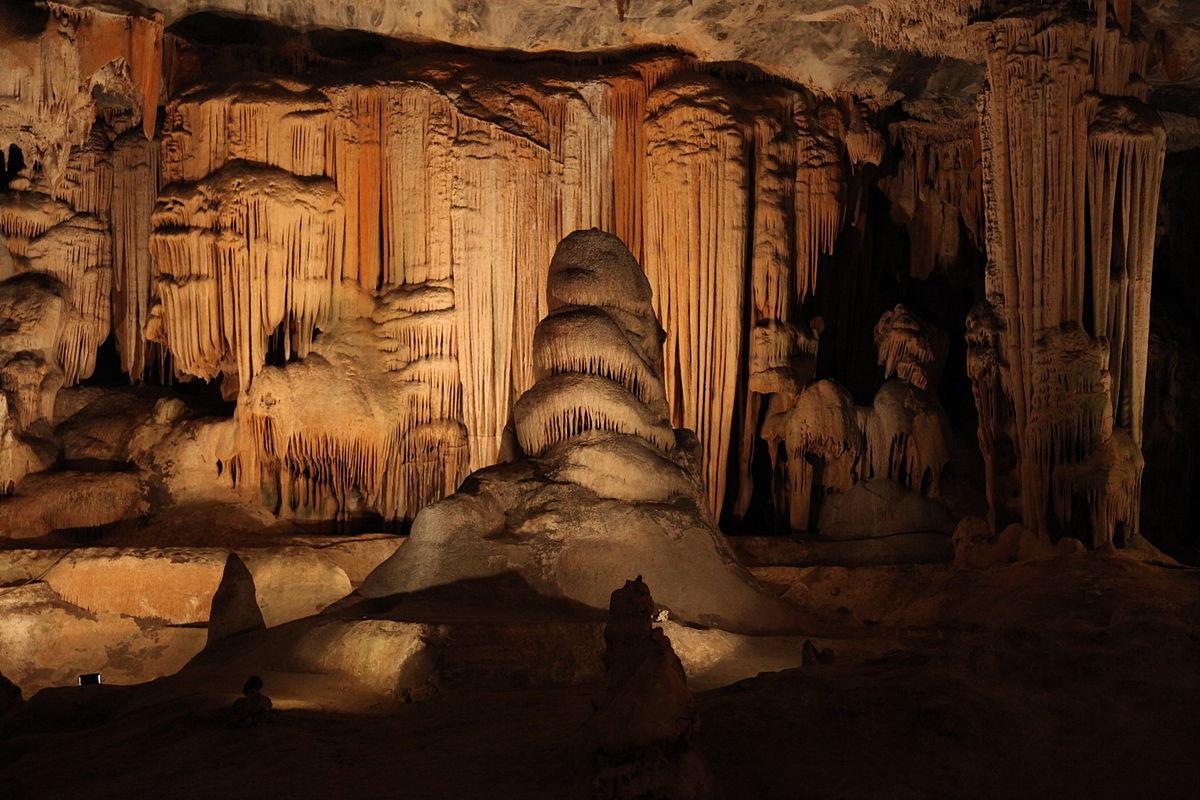 Cape Town in the early 1950s was a place where we grew up, and spent weekends rambling and scrambling over Table Mountain. My brother Adrian, a friend and I soon got to learn of the existence of quite a few caves in the Wynberg area, and decided to explore. The first time we entered Wynberg cave was a bit scary, mainly because we had no torches, and we were not properly equipped at all. Later that afternoon round the campfire, we discussed the possibilities of continuing with this – the answer was a definite YES.

First, we thought of getting hold of a light-weight, rust-proof aluminium ladder, but that was too expensive for us, so the only thing to do was make our own rope ladder.

We used two 50-foot hemp ropes, beautiful wooden rungs made by my brother, and the cement driveway to work on. It was hard work moving the rungs the length of the ropes, settling them in their marked positions and tying special knots to hold them firmly. At last it was finished. Besides the rope, we had waterproof torches and spare batteries, our normal climbing rope and a large ball of string – this was to help guide us the first time – we never wanted to go wandering down passages and find ourselves lost.

We were all members of the Mountain Club, and it wasn’t long before our friends got to hear of what we were up to. Soon we had a fair crowd who were very interested. Now we formed a Club, the South African Spelaeological Association. Someone designed a badge for us, with a bat in the centre. We decided that since we were well on our way, the Club fees would help us buy our aluminium ladder. Generally, when walking or climbing, shorts were worn, but some of the caves were wet and muddy or even filled with bat guano, so the best solution was to wear long overalls, with long sleeves, and elasticised at wrists and ankles; hard hats just as a precaution, with a miner’s lamp clipped in front and a battery box fixed on the belt, nestled in the small of your back.

Before using the new rope ladder in the caves, we all had to practice with this outside; so, we found a suitable spot, the ladder was securely tied on and thrown over the side where it landed on a wide ledge.  The first “candidate” down was well held by a sturdy rope – but we soon found one had to do this differently – climb with your body and hands on the outside and legs round to the back, or rock, side – not too easy until you got used to it. The ladder was especially difficult to carry when it got wet, as its already heavy weight increased with each drop of water it absorbed, and caves can be WET.

Many people asked me over the years if I was ever scared, and the answer to that was definitely YES, but most of us were, when using the ladder. As far as getting stuck is concerned, that happened only once when my battery box hooked on a rock projection, and a friend had to help me undo my belt; she then took my belt and battery box away across my legs, and all was well again.

The Oudtshoorn Municipality heard of our club, and as they had for a long time been wanting a good survey done of the Cango Caves, invited our club to see whether this would be feasible. Some of our members were qualified Surveyors.

Easter weekend, 1955, was wet and cold, but as far as we were concerned, we enjoyed it, particularly as we were allowed into sections of the Cave not seen by the General Public – we found a chamber with growths called Helictites – they grew from the sides of the walls – a beautiful shiny white, curling into all different shapes.

Before going home, the decision was made to do the Survey, starting later that year. Now began the hard work.

Our Surveyors took us out to an area above Kalk Bay, Cape Town, and there we were split into Sections and taught the correct use of their tools.

In Oudtshoorn we camped outside the front opening of the Cango Caves in a large field, where the Municipality fed us well. The survey group I was with worked in the first Chamber, and from a central point, using a tape, measured the width and breadth, to get the shape correct. My fiancée, Frank, was with the next group, measuring the height of the Pillars and the roof, using a balloon and string, and so on. Of course, the tourists thought we were aliens because we looked rather strange.

Frank and I got married about 4 months later, so did not get to finish the survey, but the original map was in our possession for years.

Below are Frank and Helen Berrisford's recollections of the expedition as told to their daughter Catherine Berrisford circa 2010: