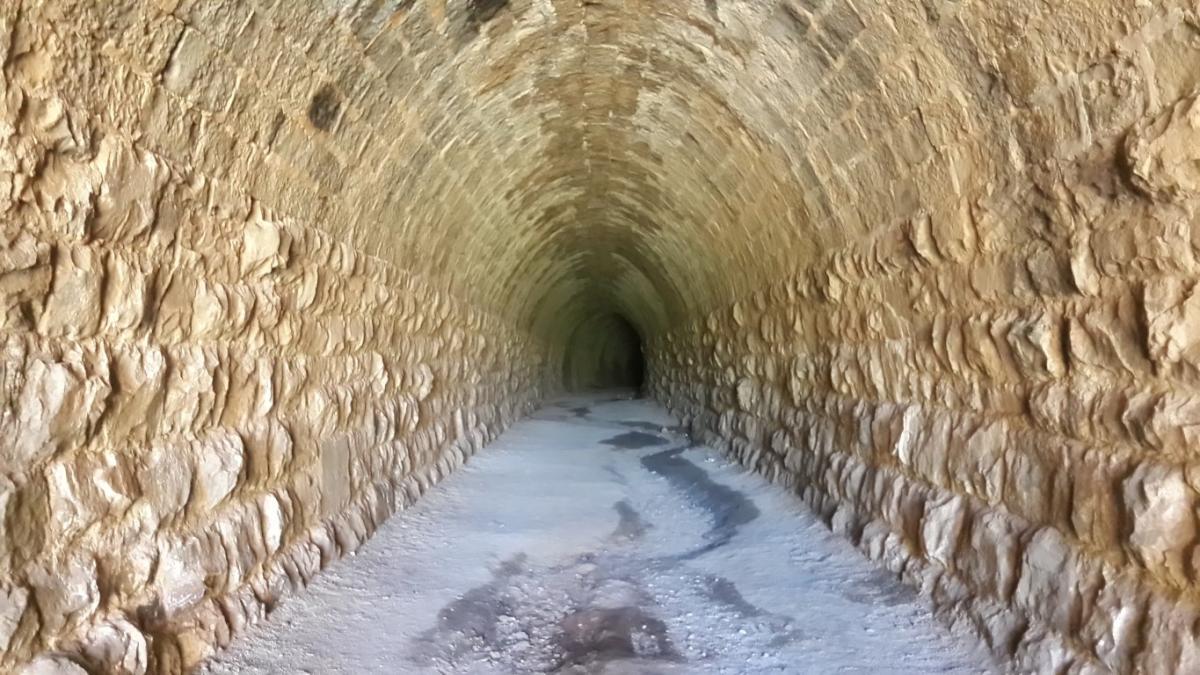 The authors of NZASM 100, the definitive study of the railway architecture of the Nederlandsche Zuid-Afrikaansche Spoorweg-Maatschappij (NZASM), describe the tunnel at Waterval Boven as ‘probably the best-known and most famous of all NZASM structures’. We visited this Provincial Heritage Site recently and it is certainly a sight to behold. Add the overall natural beauty of the area and the view of the stunning Elands Waterfall and it is not surprising that the site is a major tourist attraction.

The Waterval Boven tunnel formed part of the Eastern or Delagoa Railway which was of great strategic importance to the Zuid Afrikaansche Republiek (ZAR) giving the young country access to a non-British seaport (essential to preserve political and economic independence in the face of British imperialism). After extensive planning, work on the tunnel commenced in October 1892. Two teams blasted and drilled their way through the rock and joined up in September 1893. Railway tracks were laid and the tunnel walls were lined with stone masonry for strength. This outstanding piece of engineering was completed in 1894 and a year later the Eastern Railway opened to much celebration throughout the ZAR. 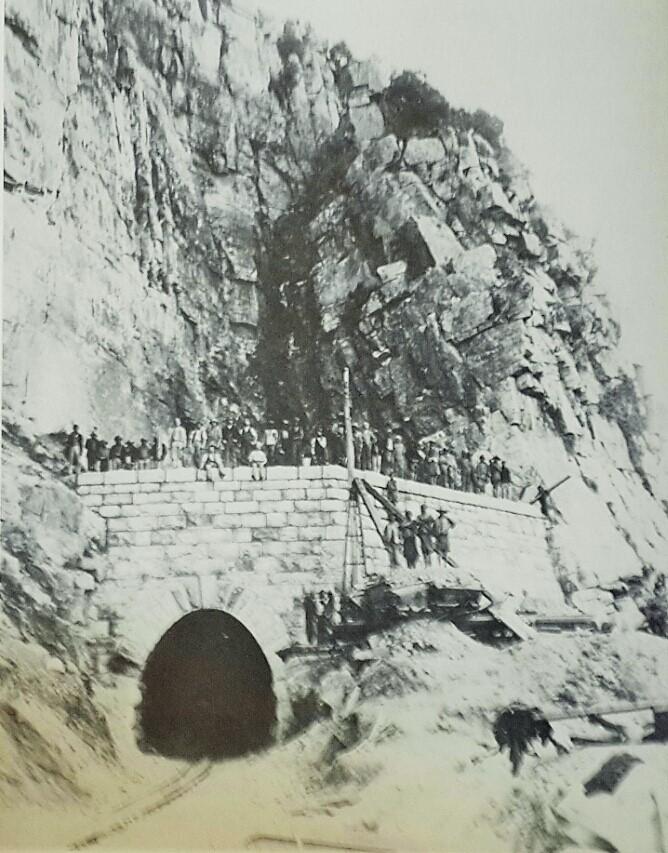 The eastern entrance of the tunnel shortly after completion (NZASM 100)

The historic 211m tunnel is open to tourists who can walk through and admire the achievements of a past era. It is a remarkable experience. As you enter light flashes off the stone masonry and you can see for quite a distance. The tunnel becomes darker and darker as you move deeper into the mountain. If you look behind you can see a portal of sunlight slowly closing. 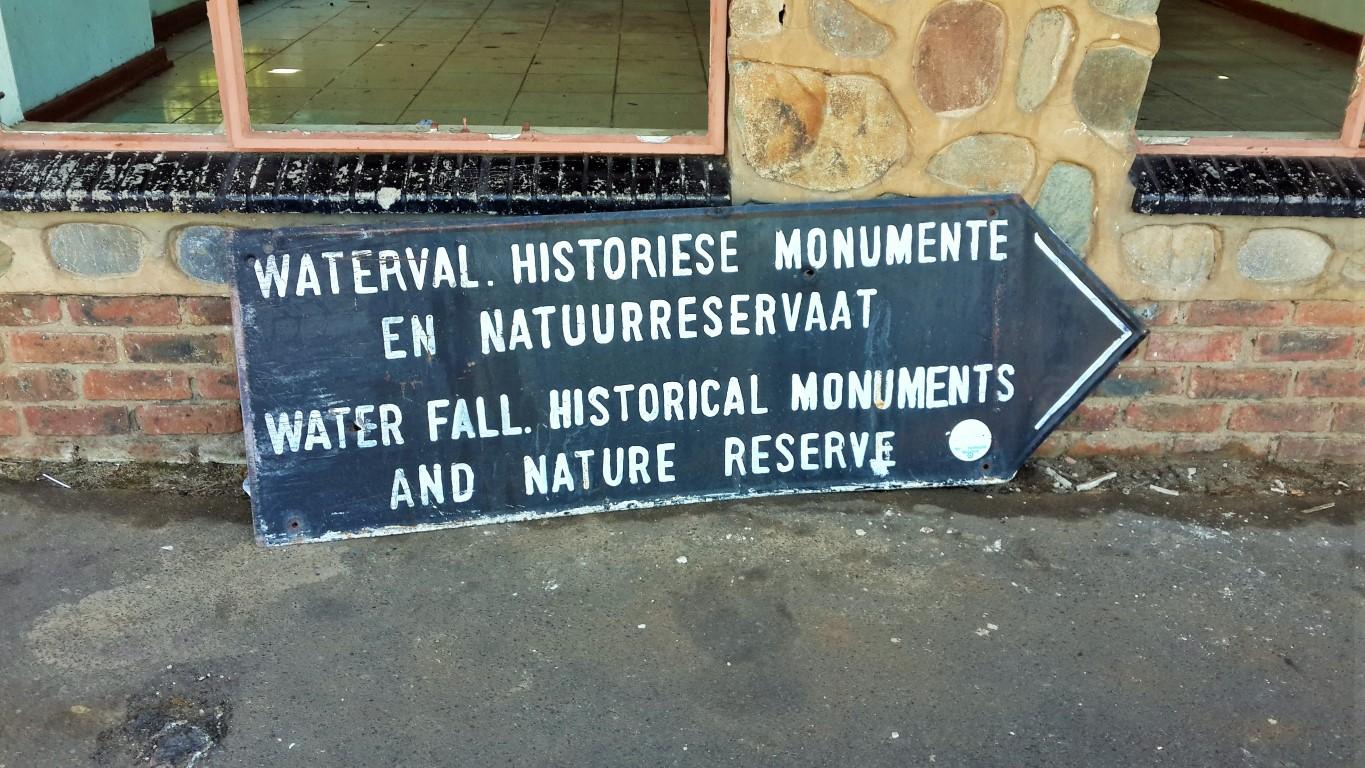 The sign that welcomes you to the heritage site (Heritage Portal) 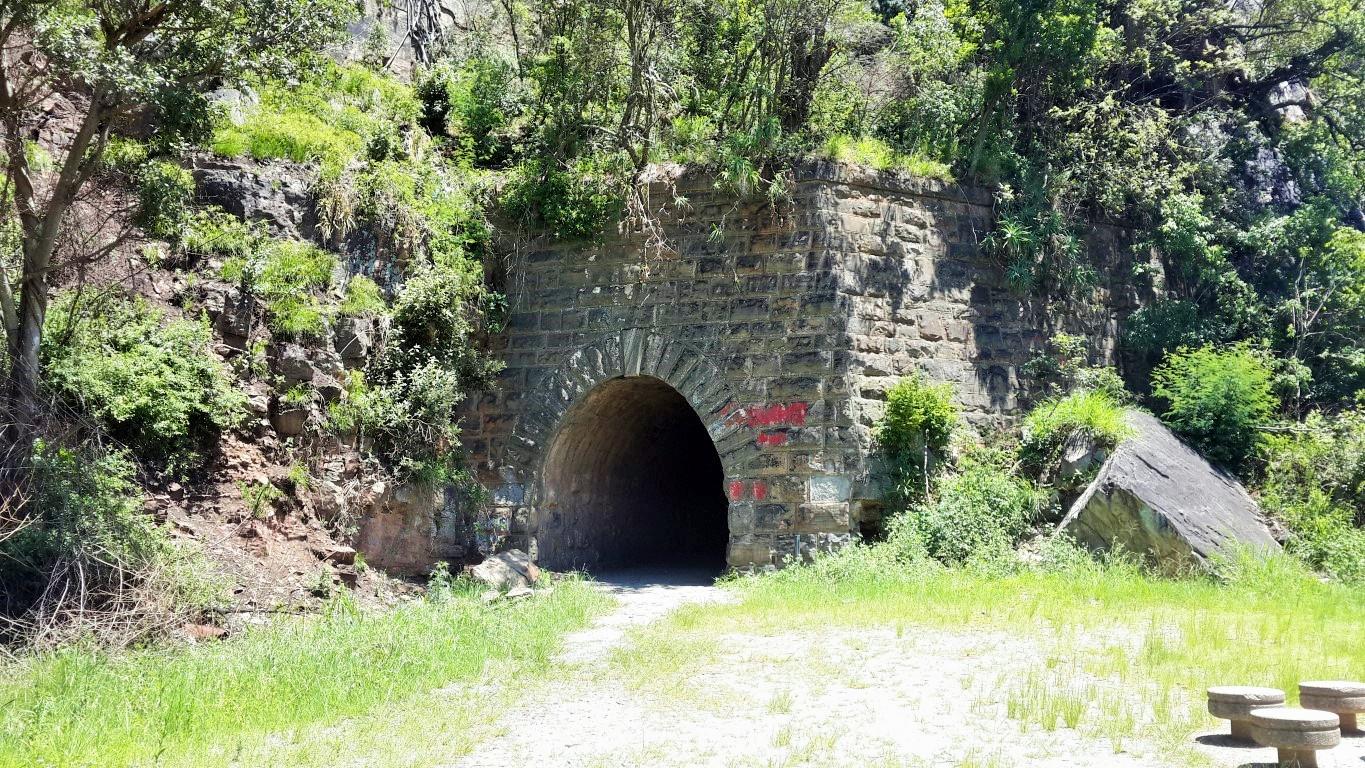 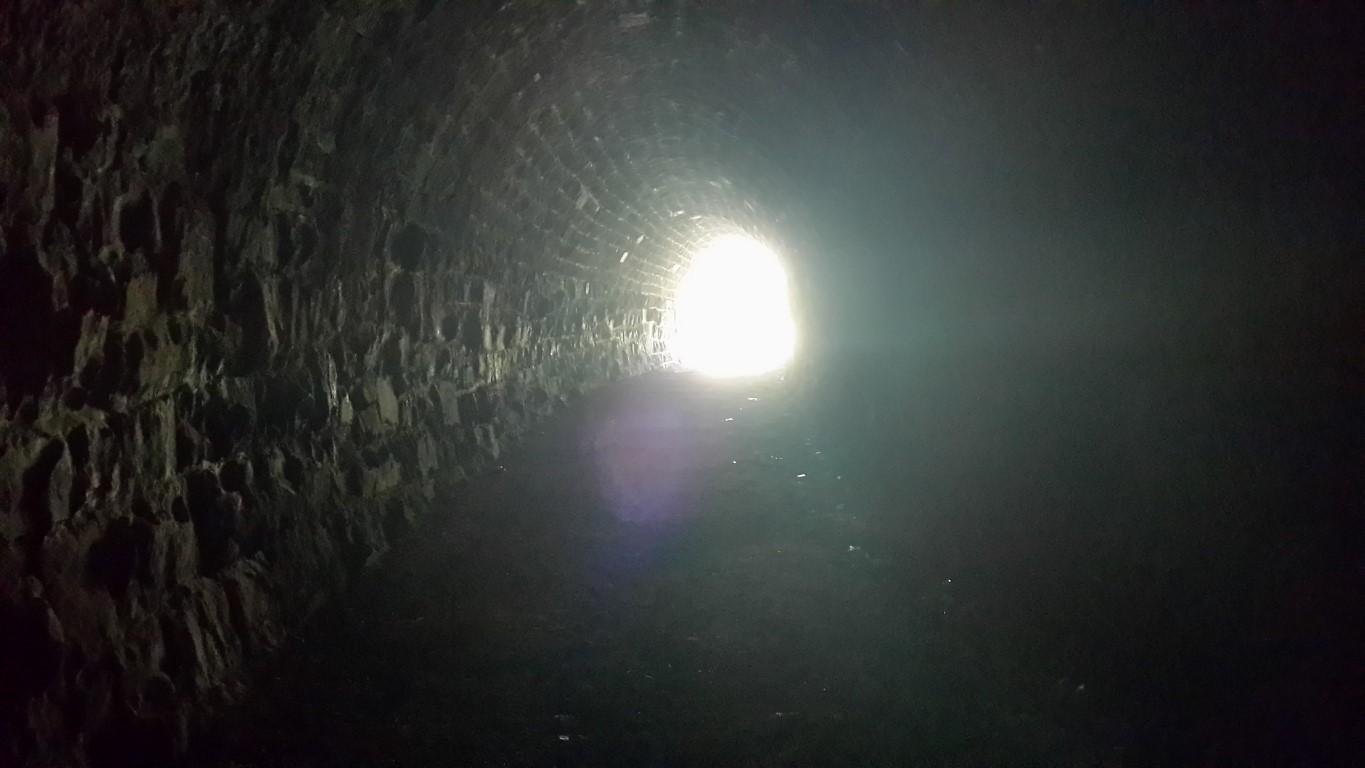 The tunnel curves and the 'portal' begins to close 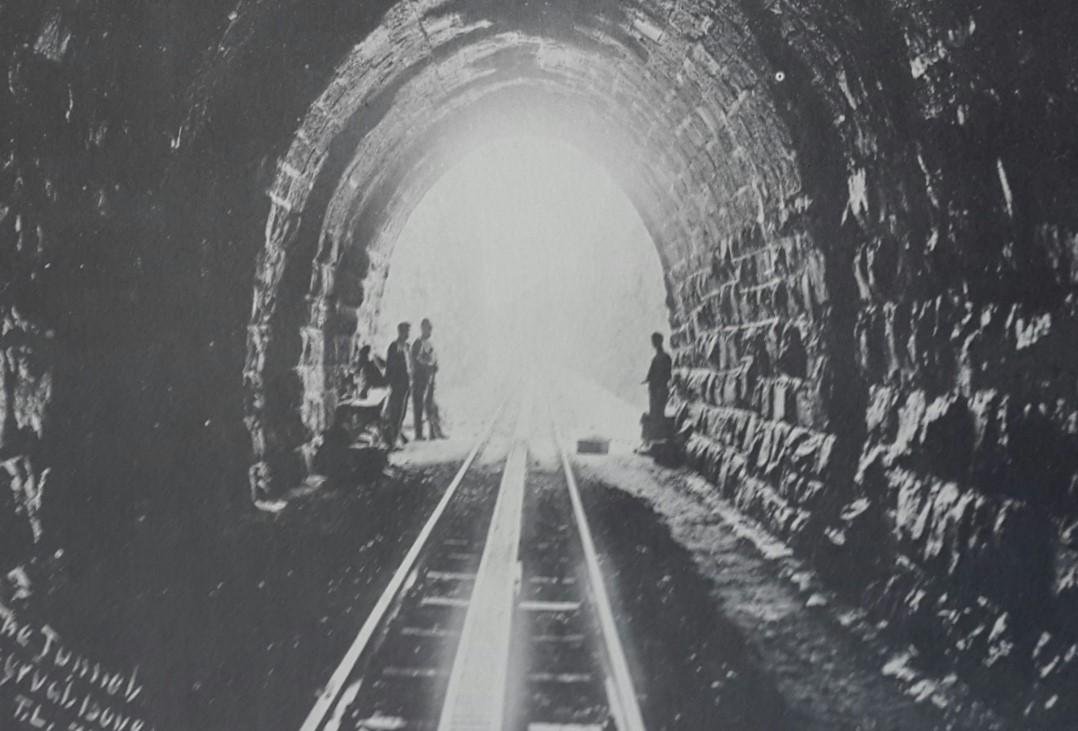 The curve in the tunnel provides a brief section where you can walk in complete darkness (most people bring out their smart phones for light) before the portal on the other side begins opening up. There is a pristine silence occasionally broken by the footsteps and hushed conversations of other tourists. You can almost imagine an old steam train moving slowly up or down the slope and passengers slamming the windows shut to block out the belching smoke filling up the tunnel.

As you exit on the western side you can see where a portion of the mountain was blasted away to shorten the length of the tunnel. A short distance to the right is a viewing deck looking out over the majestic Elands Falls. It is hard not to be in awe of the men who built this railway over fearsome terrain! 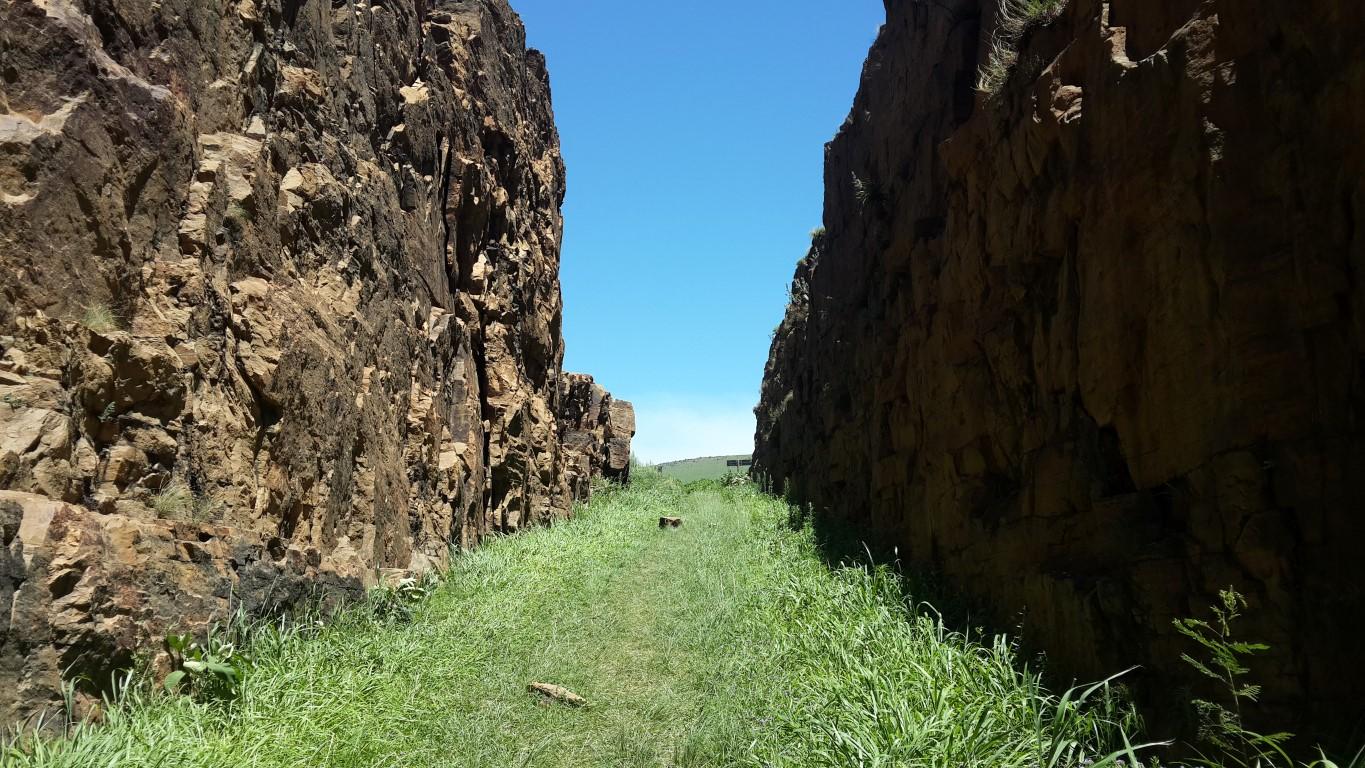 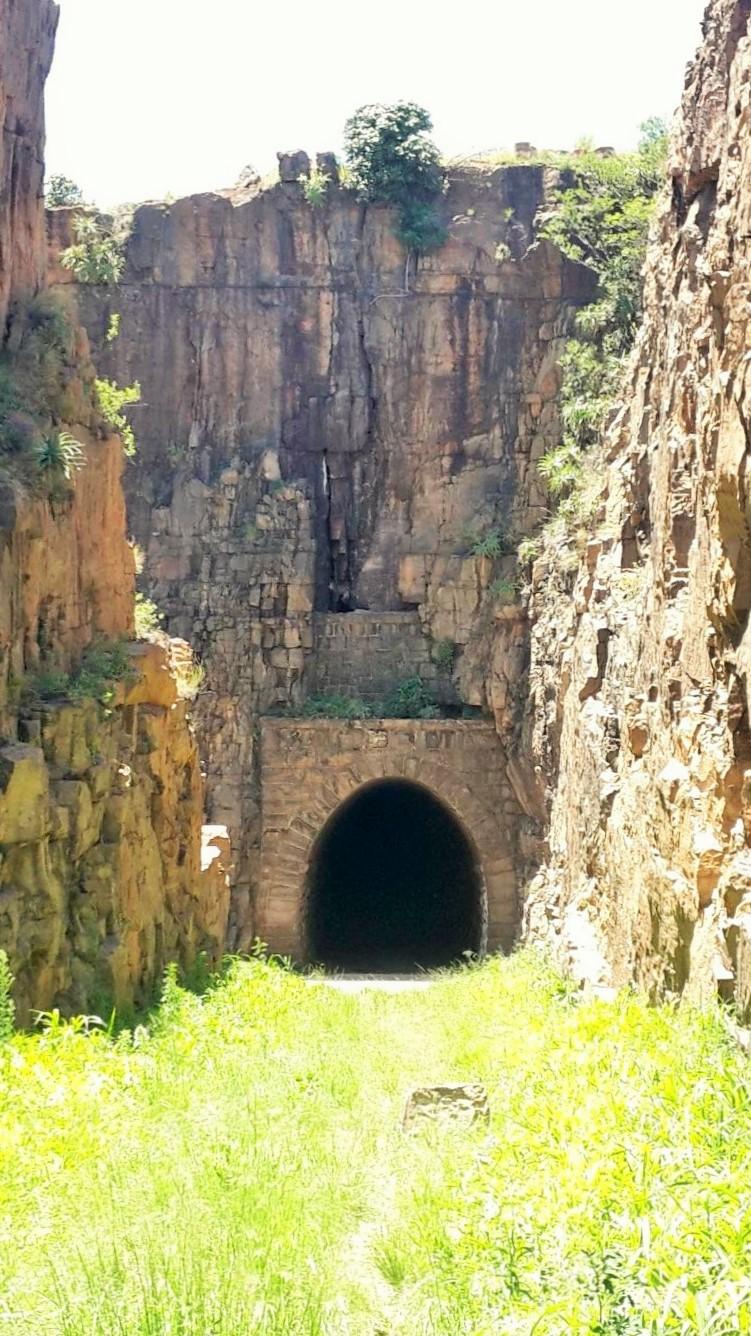 The western entrance through the cutting (The Heritage Portal) 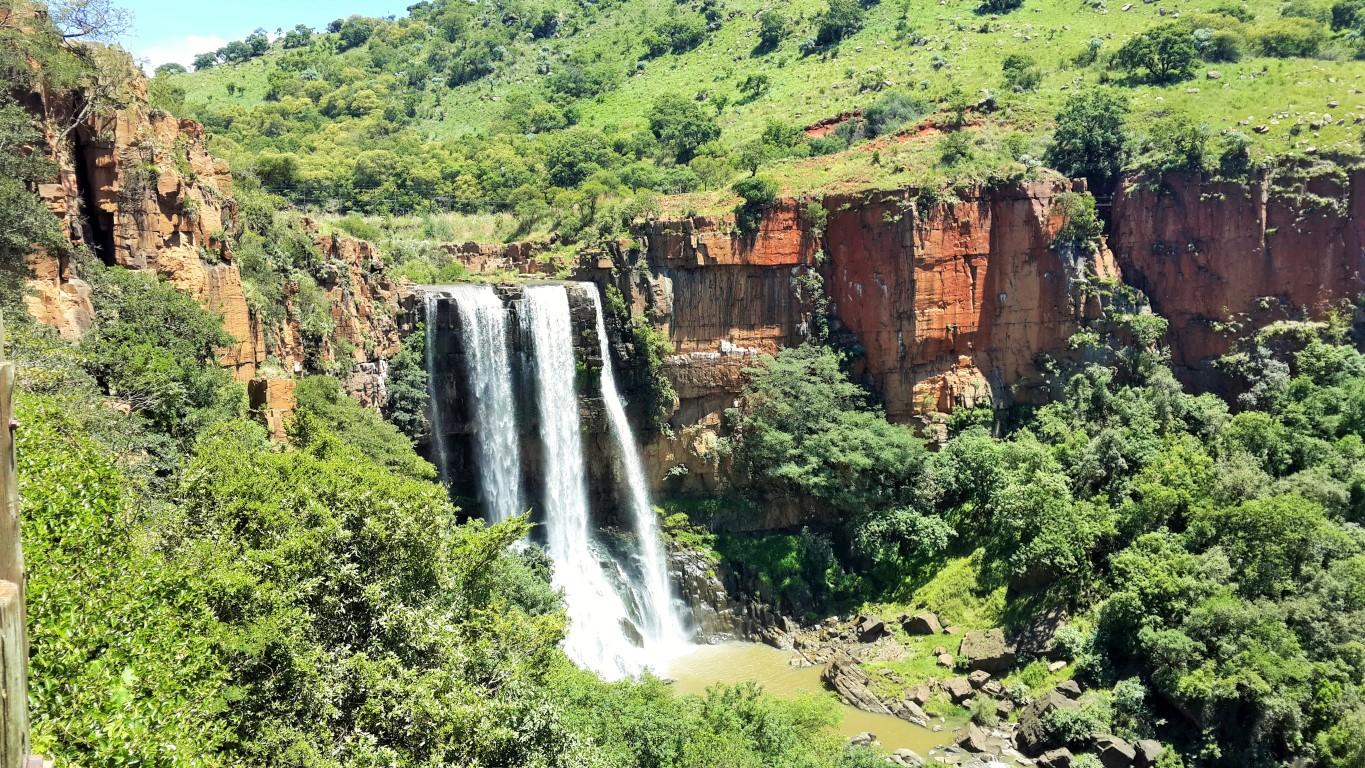 According to NZASM 100 the tunnel was used until 1908 when a new line on the opposite side of the gorge became operational. It was opened for road traffic in the 1920s and then again temporarily in the early 1970s while the main road tunnel was being built. If you walk up the cutting towards the N4 and look back you get a wonderful view of the old and new tunnels side by side. This was the highlight of our trip! 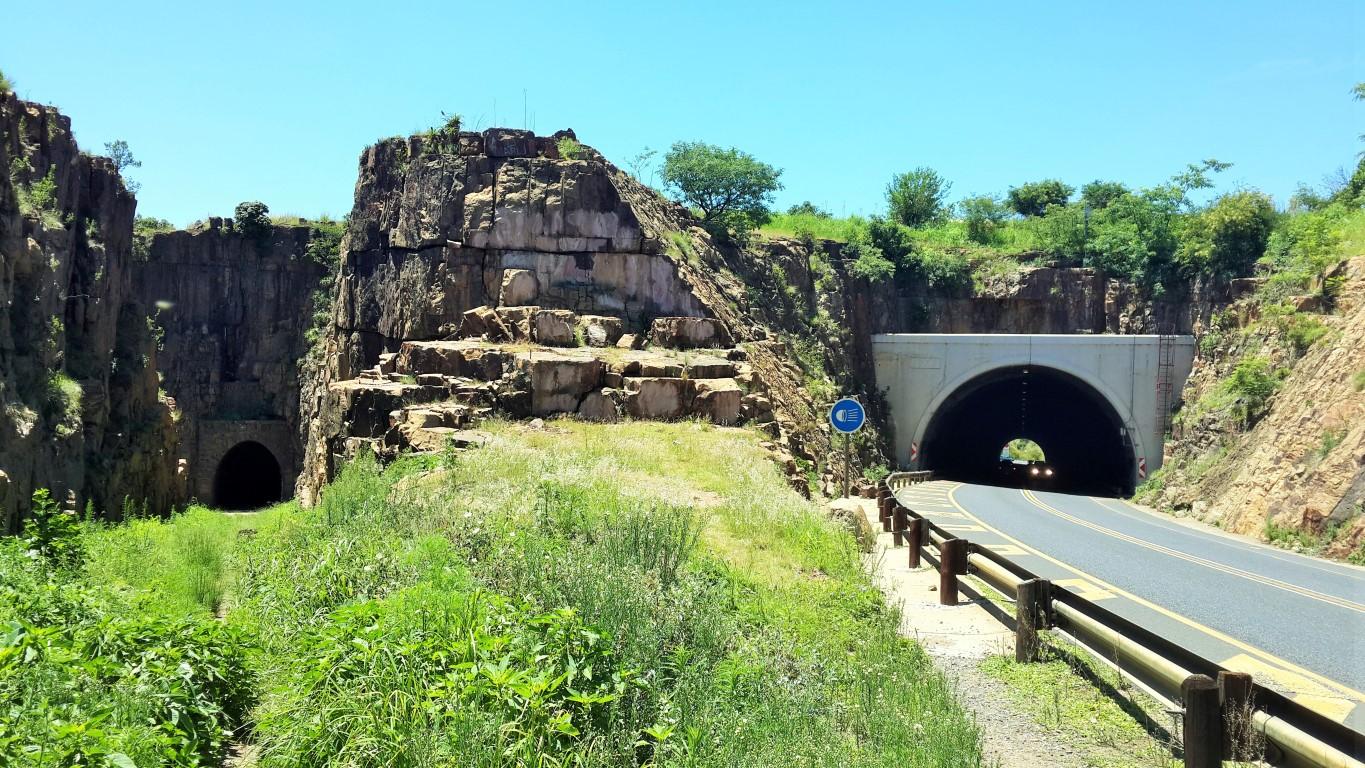 Next time you travel on the N4 do yourself a favour and visit this exceptional heritage attraction!