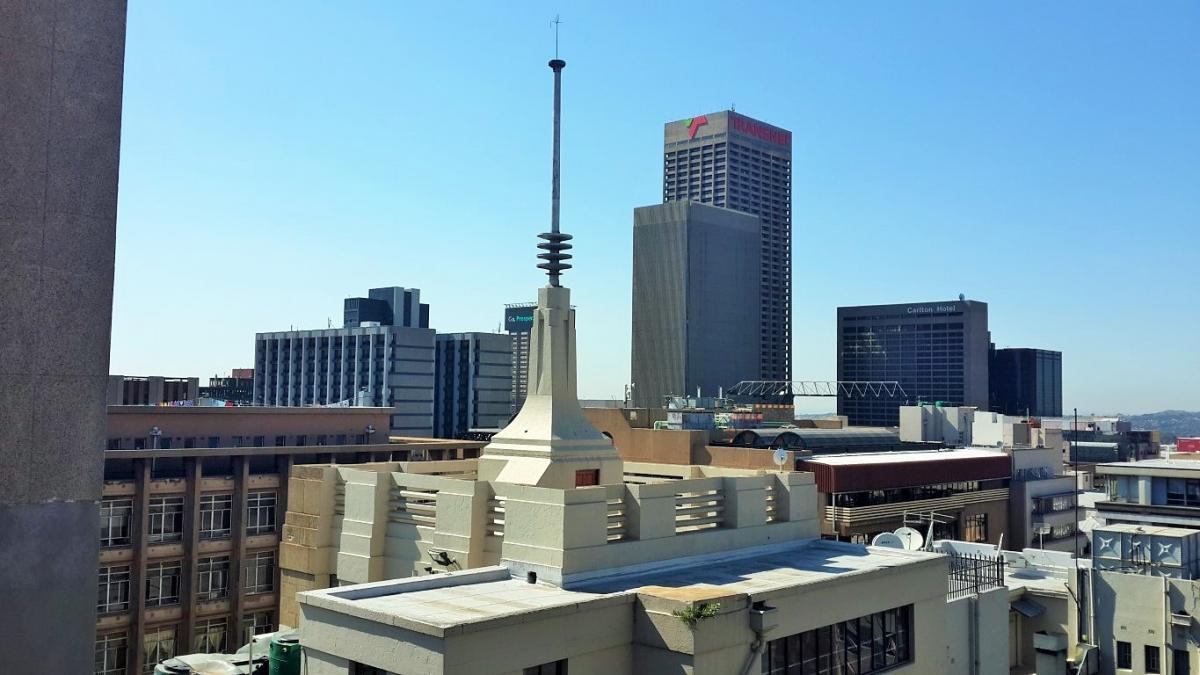 The 50th floor of the Carlton Centre was once known as the Carlton Panorama. It opened in the early 1970s as a whites-only facility in a vastly different context to the one in which it was planned. Tough economic times replaced the boom of the 1950s and 1960s and the apartheid regime was coming under increasing pressure - internally and externally - to implement reforms. In this context the Carlton Centre management team applied to the government for permission to open the Panorama to all races at all times emphasising the ‘international appeal’ of the complex.

The approval of the application was held up by government red tape leading to Carlton Centre officials having to turn away many professional ‘non-whites’ who were barred from the facility according to the laws of the country. After months of tenacious effort, the team secured the necessary approvals and people of all races were able to visit the viewing deck. This was only a partial victory, however, as petty apartheid still operated in force with separate toilets for the races and ‘non-whites’ barred from eating at the Wimpy restaurant.

In early 1975 a protest occurred at the Carlton Panorama when a large group of 'coloured' adults accompanied by an even larger group of children entered the deck and demanded to be seated at the Wimpy. Sympathetic officials explained that the laws of the country did not permit this. As the situation become heated, Nigel Mandy (Manager of the Carlton) was called to the scene. He attempted to diffuse the situation by offering to buy everyone a take away lunch (which the law permitted) but understandably this offer was rejected. Mandy had to produce his large file of correspondence with the government to prove to the protestors that he was doing everything in his power to remedy this unjust situation.

After a long period of discussion Mandy was able to convince the protestors to disperse and not to take the story to the press arguing that this would harden the government’s attitude on the matter. The following emotional quote from one of the protest leaders reflects the injustice of the policies of the day:

I am a Coloured man, the holder of a university degree, deputy principal of a school. The suit which I am wearing was dry-cleaned yesterday and I had a bath this morning. My forebears did not come to South Africa with Jan Van Riebeeck in 1652, but nine months later they were here. Any Greek or Portuguese or Italian who arrived in this country yesterday is permitted to eat here, yet I, a South African citizen, am turned away. Why?

Spurred into action by this distressing incident, a deputation led by the Chairman of the Carlton Centre Ltd, Mr Gordon Waddell, went to see the Minister of Community Development (A.H. Du Plessis) and his Deputy (Punt Jansen). They explained that a separate restaurant was impractical and unacceptable, that a separate day for ‘non-whites’ to visit was not feasible and that the chances of an observation deck being built fifty floors up in a homeland were negligible!

To their credit the Government team listened and made historic concessions which led to the opening of the ‘first’ multiracial restaurant in South Africa in August 1975. Apart from a branding change to Wimpy International very little was made of this event locally - the strategy was to make the transition as low key and seamless as possible. This is understandable given the spectrum of sensitivities on the issue during this time.

It appears as though the National Party Government used the episode to show the outside world that South Africa was ‘open to change’. Nevertheless the existence of a platform for ordinary Johannesburgers and South Africans to socialise across the colour line was an important step in the erosion of petty apartheid in our country.