Busting Out - Transplanting the heart of Johannesburg in the 1960s 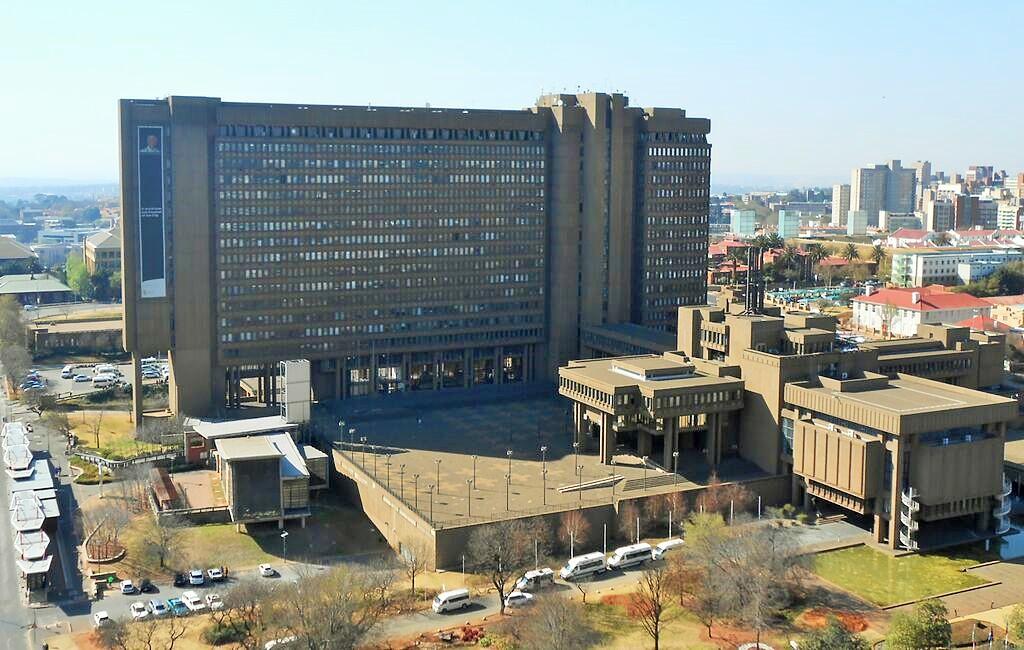 In 1961 the "new" Johannesburg Civic Centre was being conceptualised. The City of Johannesburg invited architects to submit their plans for the new landmark building in an open competition. As part of this process the City issued a folder labelled Architectural competition / Boukindige Prysvrae containing a locality plan and detailed site plan.

The locality plan, issued by the city Engineer B L Loffel, revealed the location of the proposed new civic centre (to be sited on the ridge to the north of the old city centre, between Braamfontein and Hospital Hill) in relation to the railways, and identified the other public buildings and spaces of Johannesburg (City Hall, municipal administration, rates hall, the Cenotaph (marked for removal on the plan), the Johannesburg Public Library, the Magistrates Courts, Union Grounds, Joubert Park, the Art Gallery, Attwell Park, the Supreme Court and the Stock Exchange).  The plan also indicated zoning into general residential, educational, hospital, light industrial, shopping, special office, mixed office and residential and office.

In addition to the plans some wonderful aerial photographs of Johannesburg as it was in 1961 were included. These give a fantastic view of the new Civic Centre site and what lay beyond. Here is Johannesburg frozen in time as it was 54 years ago, before the motorway and before the Civic Centre when Braamfontein (a kilometre from the centre of down town Johannesburg) was transforming from residential to apartment blocks and new office skyscrapers. It was to become the fashionable alternative to the old Johannesburg centre. 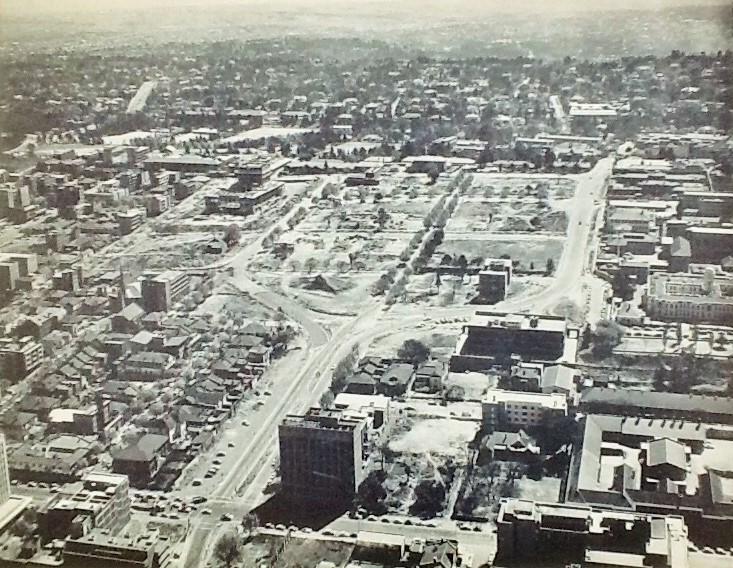 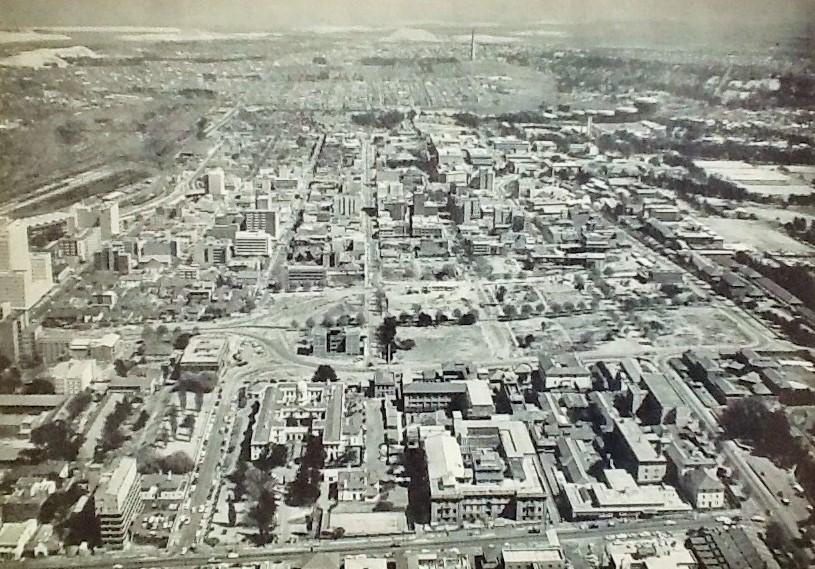 Aerial photograph of the site looking west towards Braamfontein

Here was a city constrained and limited by a massive railway complex to the north and old mines and mine dumps to the south. How then to make that transition in bold thinking to create a modern city, the economic and financial hub of Africa? What the city needed was bold innovative thinking about town planning, a rearrangement of existing infrastructure, the development of new motorways, a new hospital on the ridge, a new civic Centre. Massive investment in pre cast concrete, cement and reinforced steel drew on new building technologies, ideas and systems from abroad. Later came the re-mining and renewed extraction from the old mine dumps. Parking, timed robots and one way streets were the solutions to traffic jams in the narrow streets of the historic core. 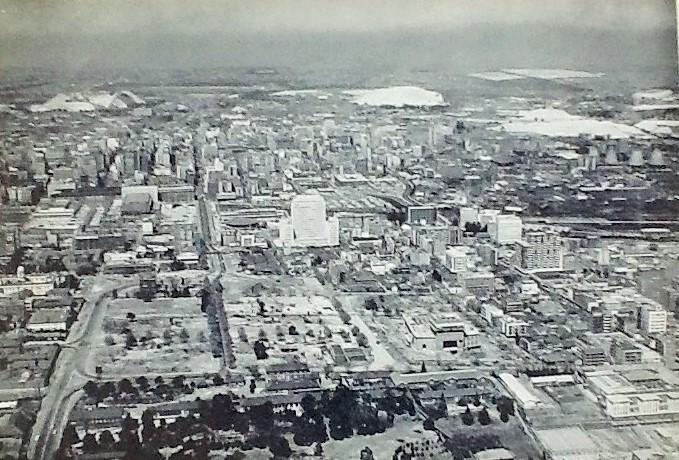 Aerial photograph looking south towards the mine dumps

It is interesting to reflect on how much Johannesburg has changed in half a century. The Civic Theatre (architect Manfred Hermer) was in the construction phase, and one photograph in this portfolio shows the Civic Theatre as a model (see aerial photograph looking north above). The architectural competition for the Civic Centre was won by Monty Bryer and a consortium of architects, (though over time the combination of architects changed). These were men strongly influenced by their studies in the United States and wanting to bring the best of big thinking American public buildings to Johannesburg. It was perhaps the biggest single project undertaken by the City. Johannesburg still had an all white, all male city council dominated by the United Party.

The sixties was a prosperous decade despite the impact of Sharpeville on political attitudes and a hardening of positions and a narrowing of options. This was a decade of economic boom, and no more so than for Johannesburg when urban living in high rise apartment blocks of Hillbrow and luxury suites in Killarney changed the city scape. It was prosperous because of the stability of the gold price, the ready demand for South African minerals and the long stretch of growth that followed the Second World War. It was an era of a building boom and confident state investment in infrastructure. 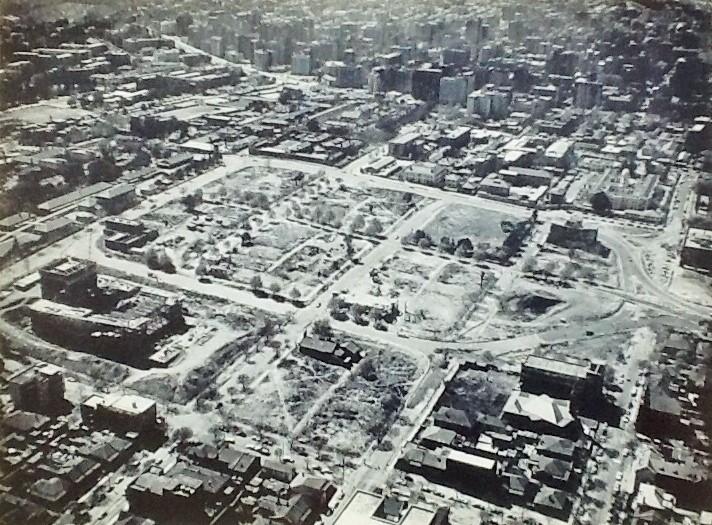 It took another 10 years for the Civic Centre (and it was a Civic Centre that dominated the ridge near between the old Fort and Women's Jail and the Civic Theatre) to be completed and then came the move from old Johannesburg by the municipal administration with the abandonment and mothballing of the old City Hall and its offices. I am fascinated that there was a proposal to move the Cenotaph but that that move never happened (though in contrast the Transvaal Scottish War memorial was moved from King George St near the Johannesburg Gallery) to the plinth outside the View in Parktown. 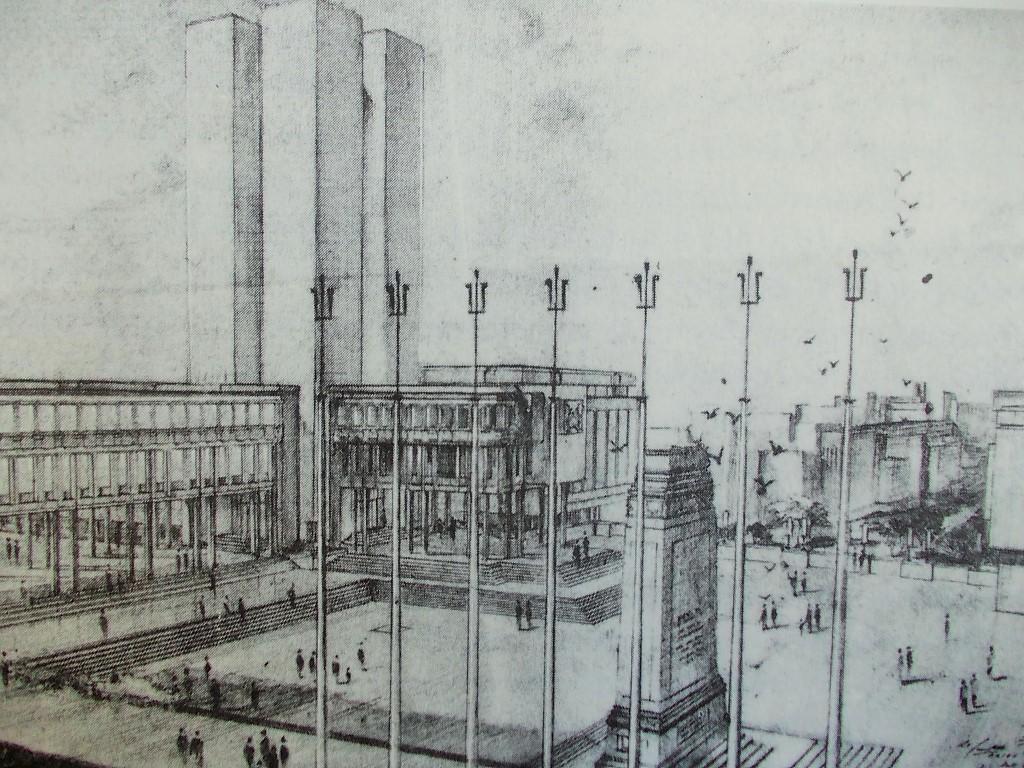 Looking back, the sixties was the decade when the City grew, changed its thinking and planned for the next half century. Regional shopping centres such as Sandton and Eastgate made their appearance in plans, land purchases and development. Randburg, Sandown, Bryanston, Edenvale, Florida, Bedfordview were still remote from the city of Johannesburg and had their own municipal offices.