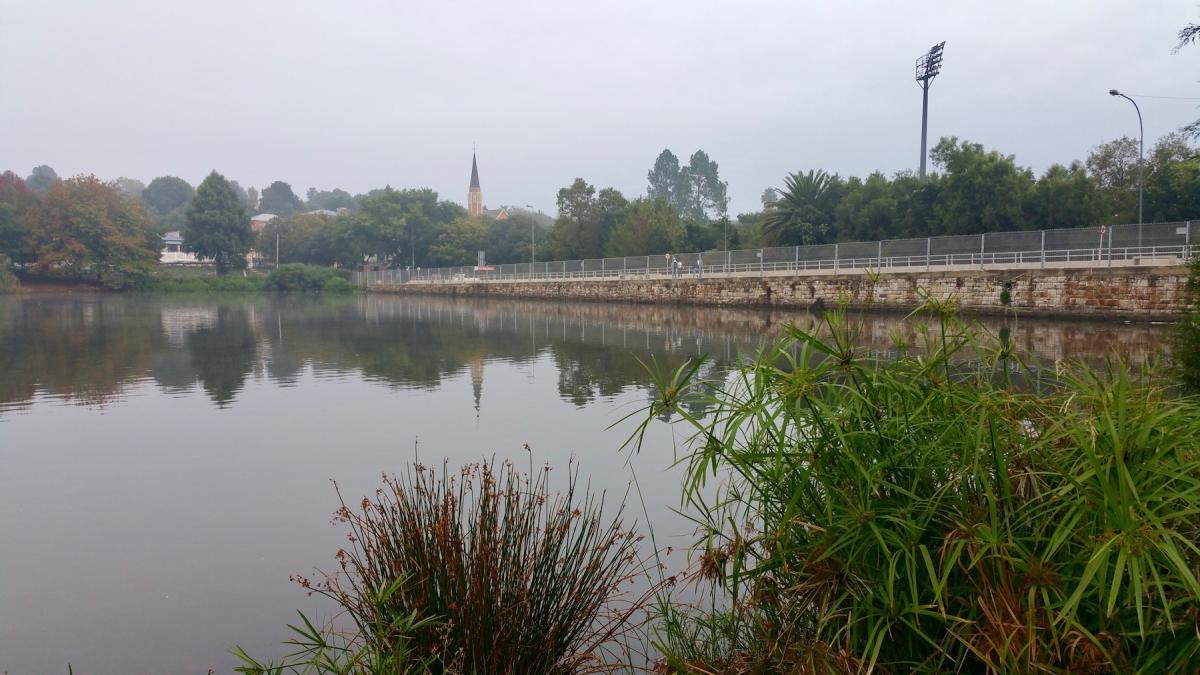 In the article below, Lucille Davie recalls the tragedy of the Westdene Dam Disaster. The piece was originally published on the Brand South Africa website on 20 June 2013. Davie's story was sparked by a visit by then mayor Parks Tau to various sites commemorating the loss of children. Click here to view more of Davie's work.

Dewald van Dyk’s shoes lie in the murky depths of Westdene Dam in Johannesburg. They have been there since 1985, when he dived into the dark waters again and again to pull out children whose school bus went into the dam.

Van Dyk was a paramedic at the time, and he was part of the emergency services team that arrived at the dam 15 minutes after the accident happened. There were 76 schoolchildren on the bus that day; only 34 survived. They ranged in age between 13 and 17, and were catching the bus home from school on Wednesday, 27 March 1985.

This year, on Youth Day, 16 June, the executive mayor of Johannesburg, Parks Tau, visited several sites in the city to commemorate children who had died in various incidents. He visited Alexandra, where pupils marched on 18 June 1976, two days after Soweto exploded in student revolts. What started as a peaceful march was a protest against the imposition of Afrikaans in township schools.

Several hundred people were gunned down by police in Johannesburg on 16 June 1976, and as the riots spread across the country, the body count rose to over 560. A plaque was unveiled at Realugile School in Alexandra, and a red-bricked trail will be created to mark the route taken by the children.

The mayor and other city officials laid a wreath at Westdene Dam, at the memorial erected in 2009 to mark the tragedy. He then moved on to Soweto, where wreaths were laid at the Hector Pieterson Memorial. Twelve-year-old Hector was the first child to die on the tragic day back in 1976, and Sam Nzima’s iconic image of his unconscious body being carried by fellow student Mbuyisa Makhubo, with Hector’s sister, Antoinette Sithole, running alongside, has come to symbolise apartheid oppression.

At the dam Tau said: “To lose a family member is difficult but to lose someone so young must be doubly difficult.” Survivors and those involved in the rescue remembered the day on the weekend. 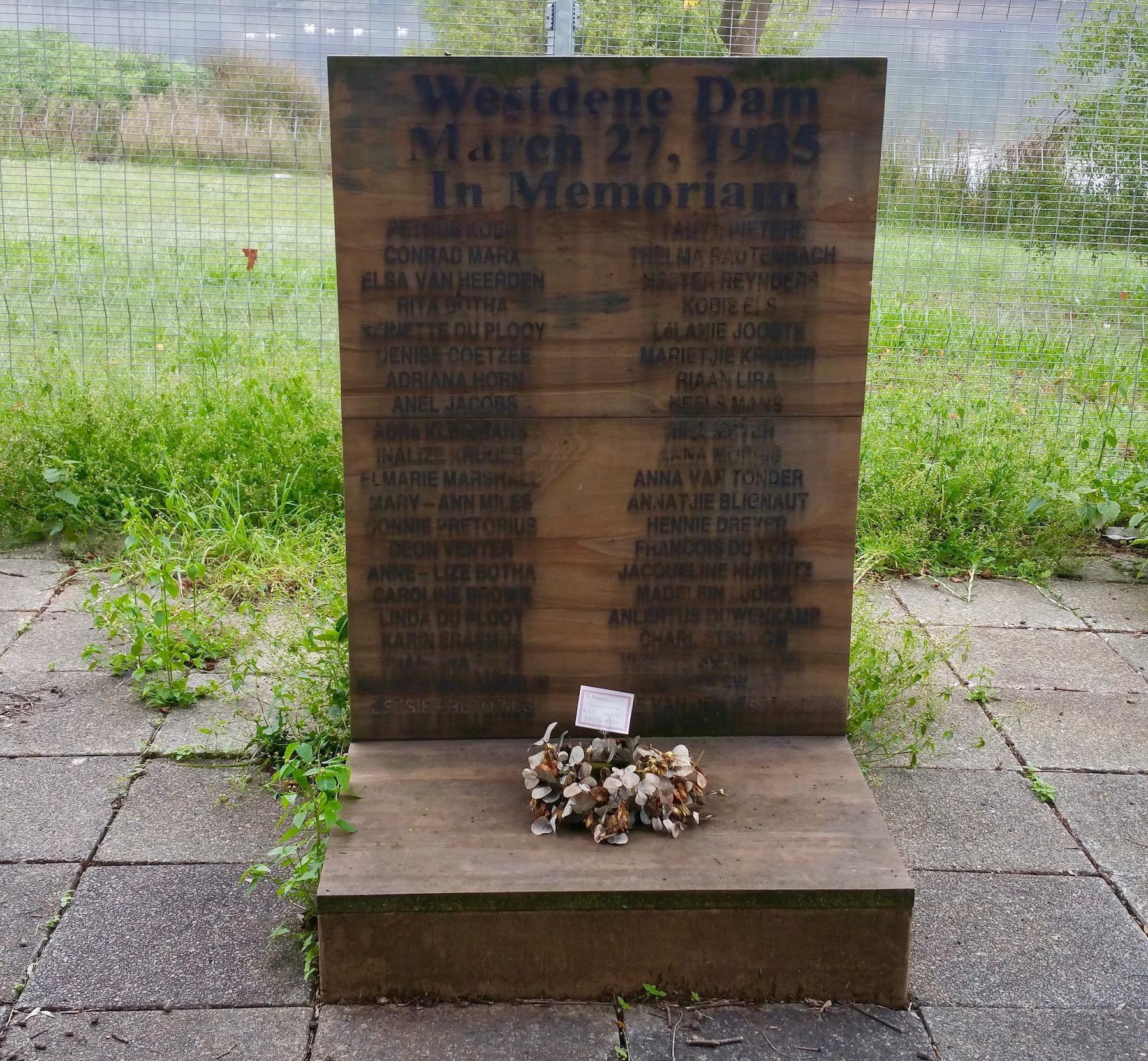 Roof of the bus

As Van Dyk drove down the low hill to the dam, minutes after the accident, he could see the roof of the bus on the surface of the water. He took off his tunic as he dashed for the water, and dived in. He tried to break a window with his knee but with the water pressing against both the inside and the outside of the window, he couldn’t budge it. He swam to the side of the dam and retrieved a jack from one of the ambulances.

With this, he managed to break open a window, and pulled out Reinett du Plooy. He tried to resuscitate her on the roof of the bus which protruded from the water. She vomited into his mouth, and he swam with her to the side, where he handed her over to the paramedics on the road. But Van Dyk got to her too late – Reinett didn’t make it.

“The time was too long. In five minutes the brain is dead,” says Van Dyk.

It was chaotic, with children being dragged from the bus, some to survive, but most already dead. For Van Dyk it became a recovery operation that lasted until midnight. He and his colleagues repeatedly dived into the water to retrieve the bodies, helped by bystanders. Several pupils also stepped in to save some lives.

Eurika du Plessis was pulled unconscious from the bus by her brother, Theo de Kooker. He dragged her through one of the small ventilation windows by her foot, and brought her to the surface where he laid her on the bus roof. She was near to death, and had turned black, but he opened her mouth and pulled out her tongue, water rushed out of her, and she breathed again.

Of the experience, Eurika said: “I experienced a feeling of dying, I felt as if I was going towards a light, then I was pulled away from the light although I kept my eyes on it, then I was suddenly awake on top of the bus. I should have died.”

Her brother was so traumatised by the experience that 28 years after the accident, he still won’t speak about it. But that day he saved five other children and received the Dirkie Uys and Wolraad Woltemade awards for bravery. Another boy, 17-year-old Pieter Koen, rescued five of his schoolmates from the bus, but he did not return from his sixth dive. He received a bravery award posthumously.

Van Dyk recounts that a police constable dived into the water. He pulled out a girl, and when he saw it was his niece, he shouted out, “Oh, my God!” His niece was dead, and in his distress, Van Dyk says, the policeman himself had to be rescued from the water: “He nearly drowned.”

His colleague, Eddie Haskins, went down for the driver, Willem Horne, says Van Dyk. “I didn’t even think about the driver; I just wanted to save the kids,” he explains. 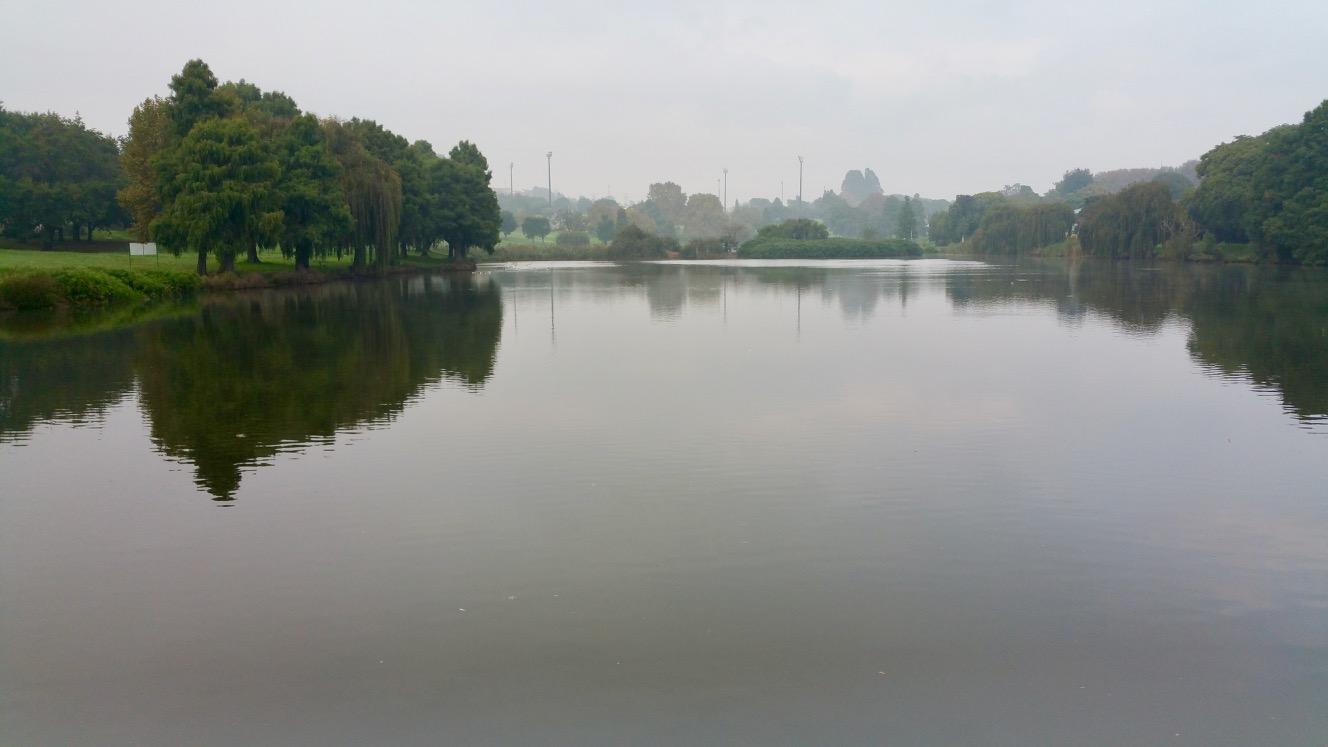 View from the dam wall (The Heritage Portal)

Haskins found the driver unconscious behind the wheel, and pulled him to the surface and saved his life. Horne was charged with culpable homicide but the judge acquitted him after it was ascertained that he had blacked out and swerved into the dam. He had been assaulted four years previously, and suffered occasional black-outs.

He was well-liked by the children, says Chantal Parkin, another survivor. She was walking to the door of the bus as she was going to disembark at the stop after the dam, she recalls.

“I saw the bus burst through the fence. It shook as it broke the fence. I bumped my head, then took a last breath before I lost consciousness,” she explains. She was cut on her forehead and her legs, and fragments of glass were found inside her underwear, but somehow – she can’t remember – she swam to the surface. She rested on the roof of the bus, where she saw the driver spread out. “There was foam coming out of his mouth. I put something under his head. He was unconscious.”

She swam to the wall, then to the edge of the dam when she realised the dam wall was too high for her to climb up. “The driver did not do it on purpose. The kids never threatened him; they liked him.” 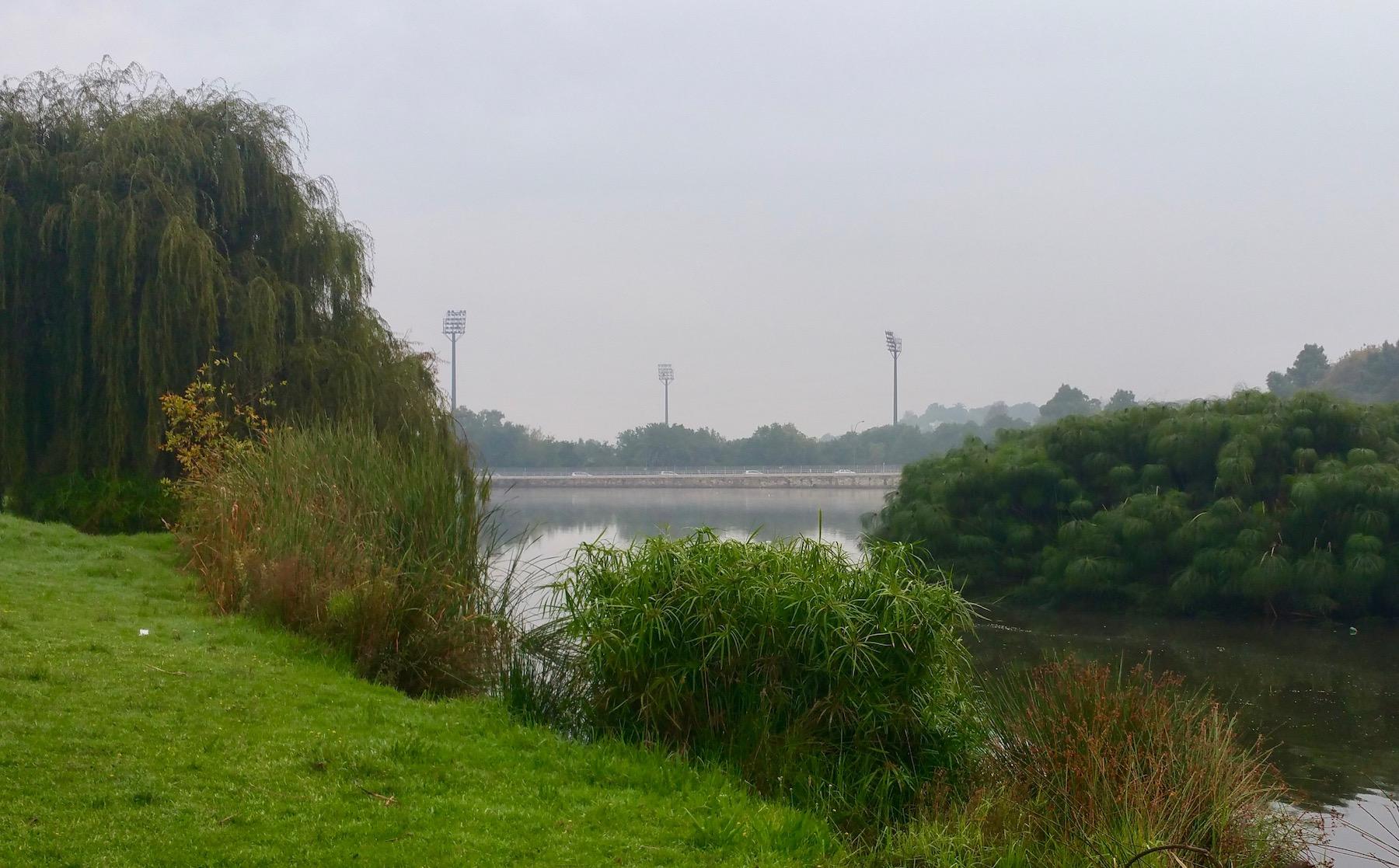 View towards the dam wall (The Heritage Portal)

This was a time in South Africa’s history when racial tensions were particularly volatile, as apartheid was unwinding. Horne was coloured, and there was a suggestion by the parents who lost children that he was intent on killing white children.

He had to be kept under police guard at the hospital because a father had appeared with a gun, threatening to shoot him.

Parkin says that today she swims and loves being in the water, but nobody must come near her or touch her. But she doesn’t like the dark – it makes her feel claustrophobic. When walking into her home she switches on all the lights. “If I don’t I feel as if I am falling somewhere into a dark pit or hole.”

Van Dyk, who is now retired, says that when he’s alone, he thinks about his ambulance career, and he remembers the Westdene Dam disaster as “the ugliest scene”.

“It was the ugliest day of my life,” he shudders. He ponders that if the water had been colder perhaps more lives would have been saved as the cold water would have stopped the heart temporarily, to be resuscitated shortly afterwards. “I always would have liked to do something more.”

Most of the victims of the bus crash are buried in the Heroes Acre of the Westpark Cemetery in Montgomery Park in Joburg.