The Story behind one of Johannesburg's earliest War Memorials 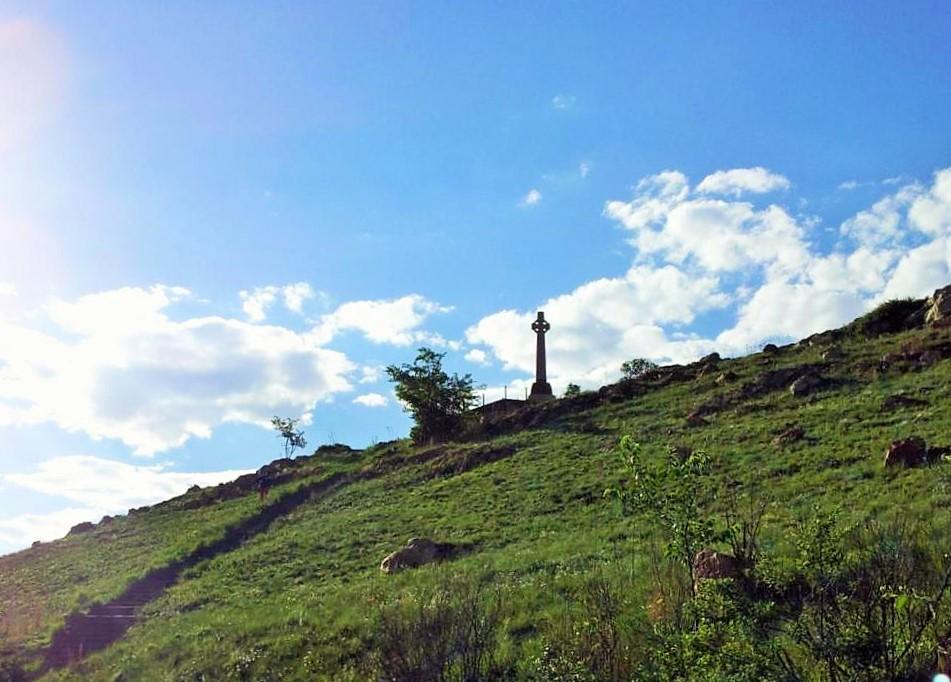 This is one of Johannesburg’s earliest war memorials, overlooking the site of one of the largest remount camps of the Anglo-Boer War, 1899-1902. Originally a memorial to the Scottish Horse which was later disbanded, that regiment was antecedent to the famous Transvaal Scottish Regiment formed in 1902, which saw service in both World Wars. It contributes to a sense of multi-cultural heritage.

The Memorial is located on Caledonia Koppie, an easily accessible view point to the east of the city centre which is sometimes used for alternative Christian devotions due to an interpretation of it as being “a cross on a green hill outside of town”.

The monument commemorates the officers, non-commissioned officers and men killed in action and died of wounds, disease and accident, who were members of the Scottish Horse Regiment, during the South African Anglo-Boer War in 1901-1902. The Scottish Horse was a mounted infantry regiment financed and led by the Marquis of Tullibardine (later the 8th Earl of Atholl) during the War. After the War, the Scottish Horse, in South Africa, was disbanded but parented the Transvaal Scottish Regiment.

This memorial was erected in 1905 and is the same as that erected on the Esplanade of Edinburgh Castle in Scotland. The only original difference between the two being that the hollow metal die replaced the solid granite die of the Scottish memorial to facilitate transport to and erection in South Africa.

The position of the memorial was probably chosen as it overlooked the site of the Scottish Horse camp in Bezuidenhout Valley where the Regiment was involved with the guarding of the remount camp situated there during the war.

The Scottish Horse Memorial takes the form of a monumental Celtic cross, 26 feet high (7.9m), of red Scottish granite, partly rustic with (originally) bronze plaques. The base is 12 feet wide (3.6m), and surrounded by a rough cairn-like pile of quarry-dressed stones rising 6 feet (1.8m), from the ground. On the front and two sides of the cairn are inserted the plaques on which the inscription and names appear. Above the cairn rises the Cross proper resting on a pedestal consisting of a rounded hollow metal die and spreading granite plinth. On the plinth the name of the Regiment is carved in highly relieved letters and on the die above was originally a bronze casting of the Regimental crest, over which was a motto of the Order of the Thistle “Nemo me impune lacessit” and underneath “1900”. On the front of the Cross is carved a two-handed sword or claymore 10 feet long (3.0m), while at the foot of the blade is a shield bearing the Scottish Arms in relief.

A few notes on Vandalism

Around 1961 the original bronze plaques and insignia were stolen and the former were replaced by granite plaques by the then National Monuments Council with financial assistance from the Transvaal Scottish Regiment. These plaques were damaged by vandals on a number of occasions subsequently and were last replaced in 2000 by the South African Heritage Resource Agency. Two of the three new plaques have since been damaged again and the broken pieces re-affixed in position by SAHRA.  A section of the lightning discharge rod has also been removed which makes the memorial prone to lightening damage in view of its elevated and exposed position.

The excerpts above were taken from the Inventory Form compiled by Eric Itzkin at the City of Johannesburg.