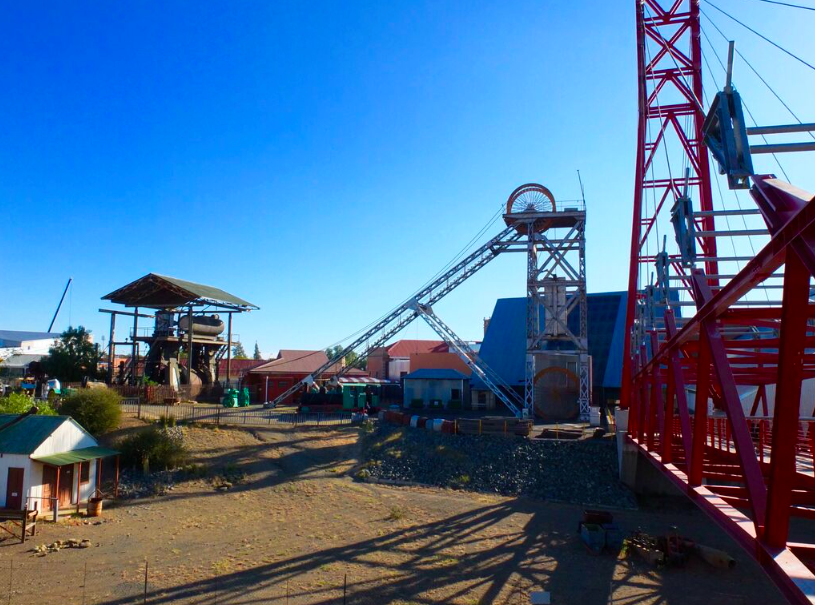 In what has come as a complete shock to many in the local heritage community, six local sites have quietly been removed from the country’s tentative World Heritage Site list. Jacques Stoltz from the Heritage Monitoring Project investigates. [Originally published 24 July 2015]

The sites in question are:

According to UNESCO “A Tentative List is an inventory of those properties situated on its territory which each State Party considers suitable for inscription on the World Heritage List. States Parties should therefore include… the names of those properties which they consider to be cultural and/or natural heritage of Outstanding Universal Value and which they intend to nominate during the following years” (our emphasis). Without inclusion on the tentative list, a site cannot be nominated for inscription on the world heritage list.

Based on an analysis of UNESCO documentation of South Africa’s official tentative list it would appear that the six sites were removed in April this year. In addition, two sites were updated (the Pleistocene occupation sites of South Africa and the Cape Winelands Cultural Landscape) and the inclusion of a new serial listing entitled “Human Rights, Liberation Struggle and Reconciliation: Nelson Mandela Legacy Sites (2015)”. The tentative listing of the Cape Floral Region Protected Areas (2009) – an extension of the Cape Floral Kingdom (originally inscribed as a World Heritage Site in 2004) – resulted in the formal extension of the clusters making up the site from eight to thirteen sites. This extension brings the total site to 1,094,742 hectares.

These changes are summarised below:

While there are still seven sites remaining on the list in addition to the existing eight sites already inscribed on the World Heritage list, the delisting of six sites raises a number of questions:

The Heritage Monitoring Project is particularly perturbed by the perception among stakeholders that a decision of national interest has been shrouded in secrecy. This is particularly disconcerting as UNESCO expects state parties to “prepare their Tentative Lists with the participation of a wide variety of stakeholders, including site managers, local and regional governments, local communities, NGOs and other interested parties and partners”.

People familiar with the process have told us there are a number of reasons why the state may have delisted the sites. These range from the nominating parties not having the time, resources or technical capability to pursue the nomination process, limited progress with the listing process by the teams working on the nominations or even that the sites may no longer meet the criteria for outstanding universal value.

It may also be a case of the state wanting fewer sites in order to refocus resources on those sites that are more advanced with their preparations. Current fiscal constraints are obviously also a consideration particularly in the case of provinces with more limited resources such as the Eastern Cape, the Northern Cape and Mpumalanga.

On the other hand it might also be that government is wary of listing sites that involve multiple land ownership, as would be the case at the Namaqualand Copper Mining Landscape – considering the problems experienced at Vredefort Dome and to a lessor extent the Cradle of Humankind WHS. However, this would not be the case at most of the other sites, as many are all state owned or owned by a small number of owners. 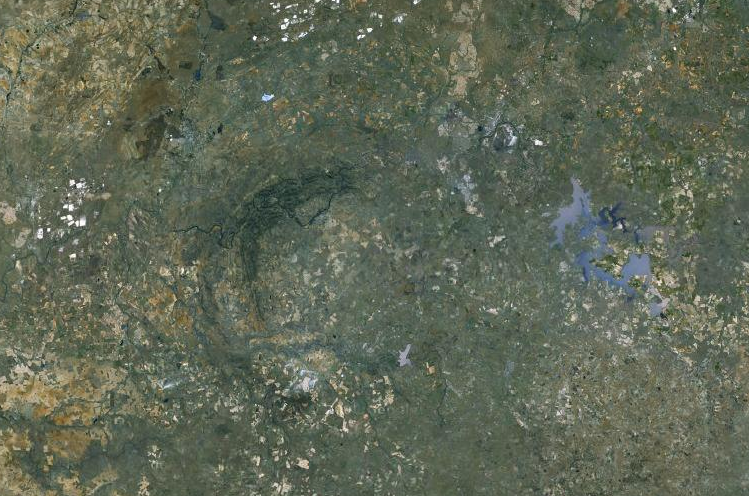 According to a media statement issued by the Department of Environmental Affairs in July this year announcing the extension of the Cape Floral Region Protected Areas there clearly has been a rethink within government regarding UNESCO sites:

“The last time South Africa had a site inscribed on the World Heritage List was in 2007 with the inscription of the Richtersveld Cultural and Botanical Landscape. Since then the government shifted its focus to improving the management of the sites that are already inscribed and to put in place measures to minimise challenges experienced in world heritage sites. As a result, no new nominations were submitted to UNESCO from 2007 until now. The extension of the Cape Floral Region is the first nomination to be submitted after the development of the Procedure for Nomination of World Heritage Sites. As new nominations are also being compiled, it is envisaged that in the next few years the number of World Heritage Sites in South Africa will increase and thus increasing the size of the conservation estate.” (Our emphasis).

In 2014, the Department also issued new procedures for the nomination of world heritage sites which covers tentative listings as well.

For Len Raymond, Chairperson of the Heritage Association of South Africa (HASA) the delisting of sites may be a double-edged sword,

“On the one hand it may not necessarily be a bad thing as there will be more resources available within the Ministry to guide the teams working on the remaining list of sites. Over the past few years South Africa has been losing steam where it comes to the inscription of new sites – particularly among cultural sites. We are also obviously concerned about the fact that UNESCO sites might detract attention from national sites that should be accorded the same attention and resources as UNESCO site nominations.

On the other hand we are deeply concerned about the delisting of an entire group of highly significant industrial sites at Namaqualand, Kimberley and Pilgrim’s Rest – these sites we believe carry huge value to the peoples of Southern Africa and beyond – given the extent of the labour footprint we are talking about – the sites therefore undoubtedly deserve international recognition. We are also particularly concerned about the poor state of conservation at these sites – even the Public Protector stated that the management of Pilgrim’s Rest is shocking.

Then there are the tourism implications. It is internationally accepted that UNESCO world heritage inscription brings much needed tourism receipts into rural destinations that would otherwise struggle to sustain meaningful local economies. Given the significant recent drop in international arrivals to South Africa, the outlook for attractions such as Kimberley and Pilgrim’s Rest is particularly dire. Recent media reports have highlighted the drop in visitor numbers at Pilgrim’s Rest which has resulted in the closure of businesses and the inevitable job losses this entails.

We are also somewhat intrigued by the decision to have a separate listing of the legacy sites associated with former State President Nelson Mandela as distinct from the National Liberation Route. An analysis of the sites involved shows some overlap. Given the resources involved it might’ve been more cost effective to keep the listing and nomination as one. Perhaps the National Heritage Council (who is driving the National Liberation Route) felt that the Mandela sites are more advanced although this needs to be questioned given concerns about the management of some of the Mandela sites”. 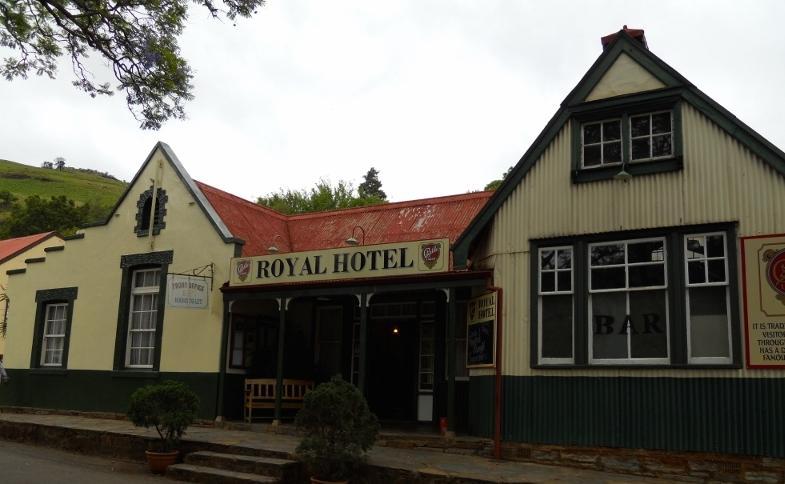 How will the delisting affect Pilgrims Rest? (Pic Royal Hotel) 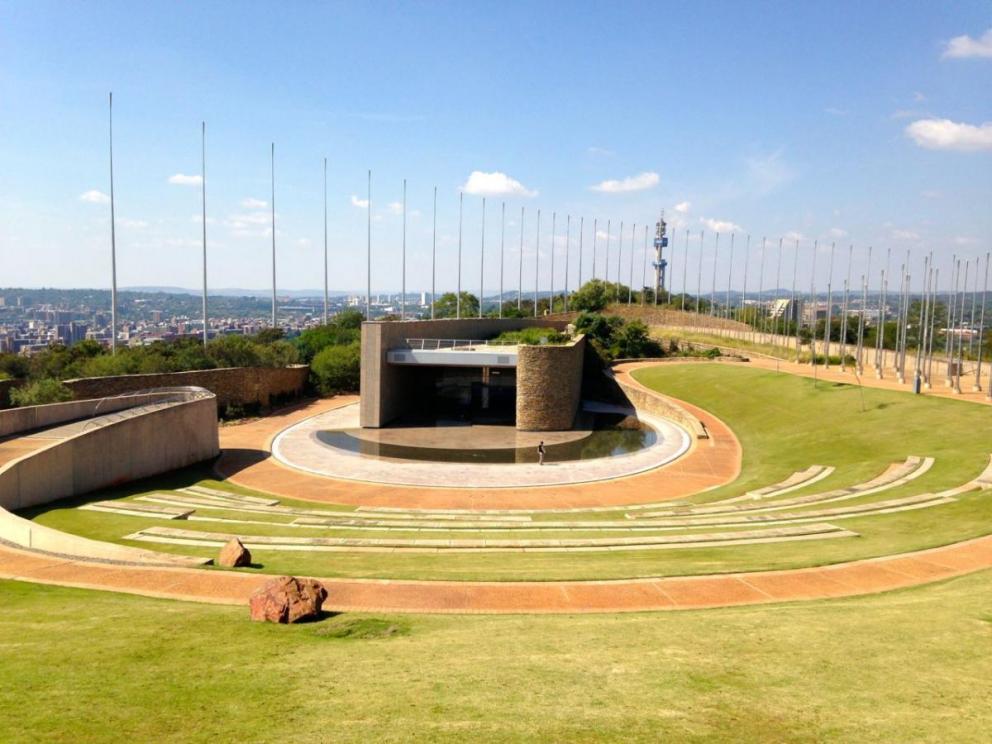 Freedom Park - One of the 'Mandela Sites'

Of course we can only speculate at this stage as at the time of going to press no response has been received to our queries from the Department of Environmental Affairs.

Until such time as we have official answers from the relevant authorities involved, we can only take comfort in the fact that the sites have formal protection in terms of national legislation.

The SAHRIS database shows that Kimberley has a number of grade II heritage sites that are related to mining heritage. In Namaqualand Van der Stel’s copper mine, a copper smelting chimney in Springbok and an old smoke stack and Cornish pump building in Okiep are grade II sites. In terms of the Cape Arc of Meridian Maclear's Beacon on Table Mountain is formally protected as part of an existing world heritage site while the northern terminal of Maclear's Arc of Meridian at Klipfontein, is a grade II site. The status of other sites associated with the measurements is however not known at present.

The Prince Edward Islands are declared Special Nature Reserves under the South African Environmental Management: Protected Areas Act and are also Ramsar wetland sites. The Alexandria Dunefields is a privately owned reserve. Shell middens on the site would automatically be protected in terms of the NHRA.

Disconcertingly however Pilgrim’s Rest is not listed as a declared grade II site as would be expected given its former status as a national monument. We have sent queries to the Mpumalanga Heritage Resources Authority for clarity.

“We hope that the South African Heritage Resources Authority investigates the declaration of these sites as grade I sites to ensure that they may be reconsidered at a future date for UNESCO listing”, Raymond concludes.

The Heritage Monitoring Project and the Heritage Portal will post updates as this story unfolds. 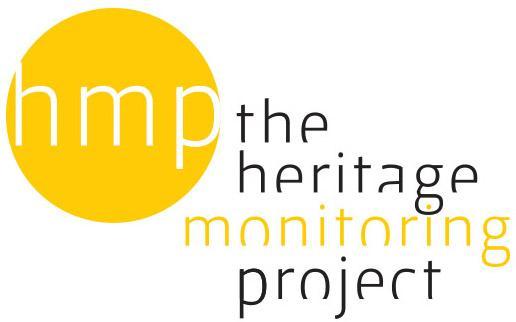