The 'Smoking Concert' prior to the Battle of Elandslaagte 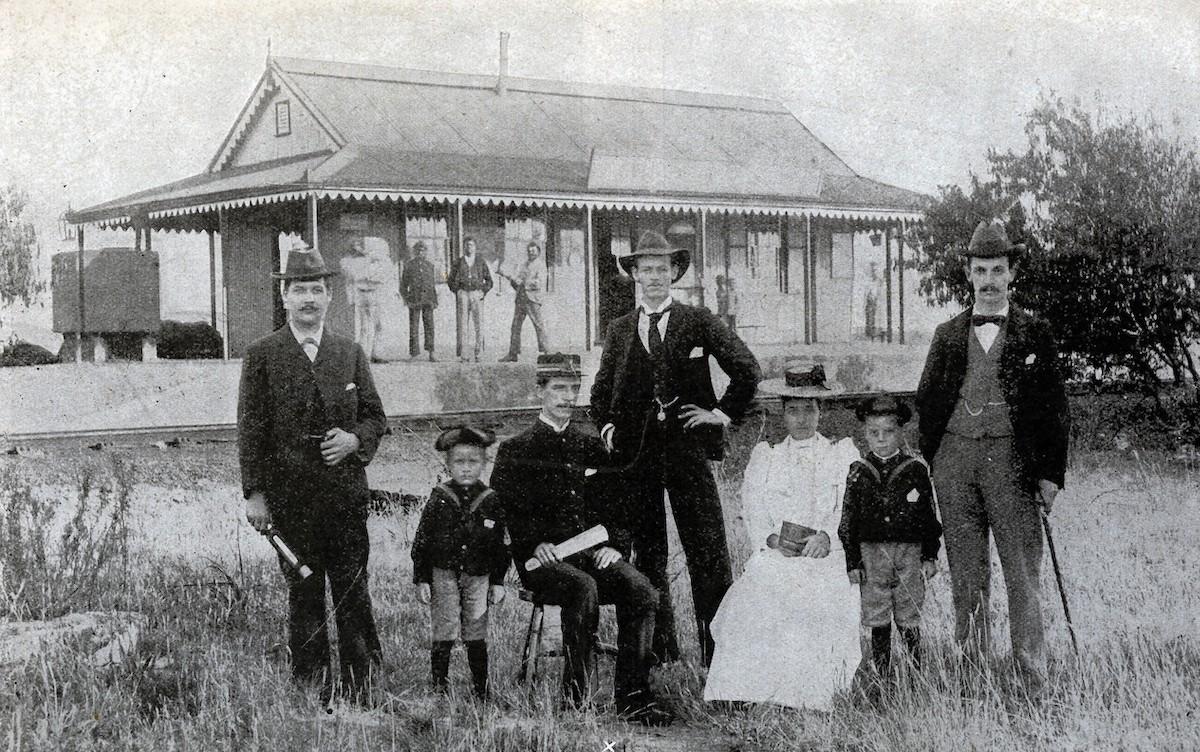 When the Boer raiding party rode into Elandslaagte on 19 October 1899  they first made a turn at David Harris’ imposing red-brick residence. Harris, the General Manager of the Elandslaagte Colliery, was having dinner with Simpson Mitchell-Innes of the farm “Blanerne”, who was also one of the Directors of the Colliery. The ten minutes spent in conversation there gave the acting Station Master, G.P. Atkinson and his clerk, D. Christie, an opportunity to warn Ladysmith of the Boer’s arrival via the telegraph. Atkinson also managed to persuade the engine driver, H.W. Cutbush, that a hurried departure might be in order. The train chuffed out of the station, with the Boers now in hot pursuit. The train guards, an officer and 9 men of the 18th. Hussars, opened fire and wounded one Boer in the leg. The Boers were unable to keep up, and the train made good its escape.

David Harris of Elandslaagte coal co and his wife via Talana Museum.jpg 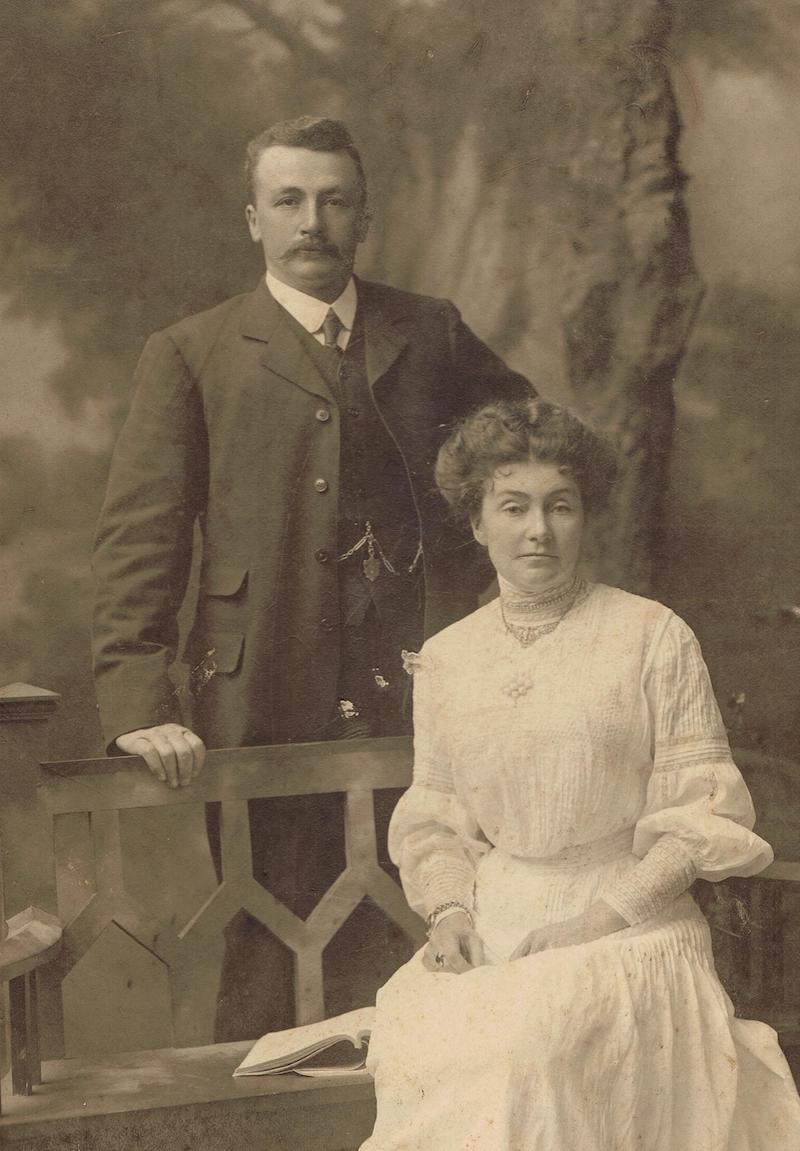 David Harris and his wife

Pienaar was incensed with this failure, and threatened to shoot Atkinson. The latter’s rifle was confiscated and he was confined to house arrest, but not before Pienaar had cooled down and returned to apologise for his bad behaviour!

All the activity at the station allowed the Mine Manager to conceal the Rifle Association weapons, his blasting explosives and his blacksmith underground so that the Boers could not use them.

At this point a second supply train steamed into the station and was promptly captured. The telegraph wire was torn down; some mine labourers were commandeered to pull up the railway tracks and the serious business of looting the wagons began. As luck would have it, one of them contained dozens of cases of whiskey, destined for the Officer’s Mess in Dundee. In a scene reminiscent to the opening of the sale of alcohol after the Stage 5 COVID lockdown, conditions deteriorated shortly thereafter. Colonel Schiel of the German Corps remarked that “We were sadly aware of the disorder and complete lack of discipline amongst the burgher commandos”.

Impressed with their good fortune, the Boers invited everyone in the village to attend a smoking concert at the Traveller’s Rest Hotel that evening.

From all accounts, it turned out to be a very convivial gathering, with some 12 nationalities represented. According to Atkinson,

“The concert was opened by a comic song, rendered by a refugee from Newcastle, whose musical abilities proved of great service. He and I then rendered the old duet “All’s Well” and, on being encored, responded with the “Army and Navy Duet”. A Transvaal burgher sang an Irish song as only an Irishman can. He told us afterwards that this was his eighth campaign, but he did not know that it was his last. Next day he was dead. A German Sergeant then sat down to the piano. Sir Joseph Barnaby’s glee “Sweet and Low” was sung to his accompaniment…

The Boer Sergeant then played a series of National anthems, including both “God Save the Queen” and the Transvaal Volksleid. They were all played with great taste, and I certainly never expect to hear our National Anthem played or sung again under such apparently impossible conditions”.