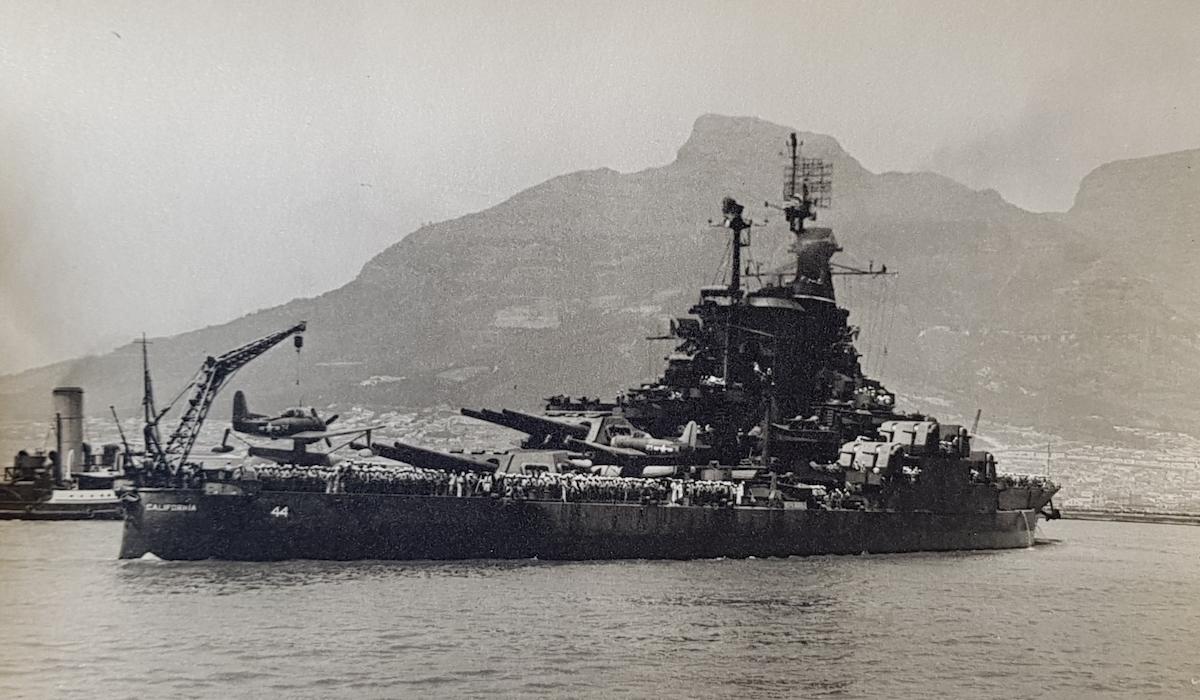 Here is an aerial photograph of the heavy cruiser, HMS Dorsetshire at speed: a sleek, silver streak of naval power cutting through the wine dark sea. The caption tells us: She was in Cape Town numerous times between December 1939 and December 1941. She was sunk in April 1942 by the Japanese along with her sister ship HMS Cornwell. The war saw the end of so many huge floating gun platforms as aircraft carriers changed the very nature of sea battles.

HMS Dorsetshire at sea around the Cape - Phil Short - Tavern of the Seas.jpg 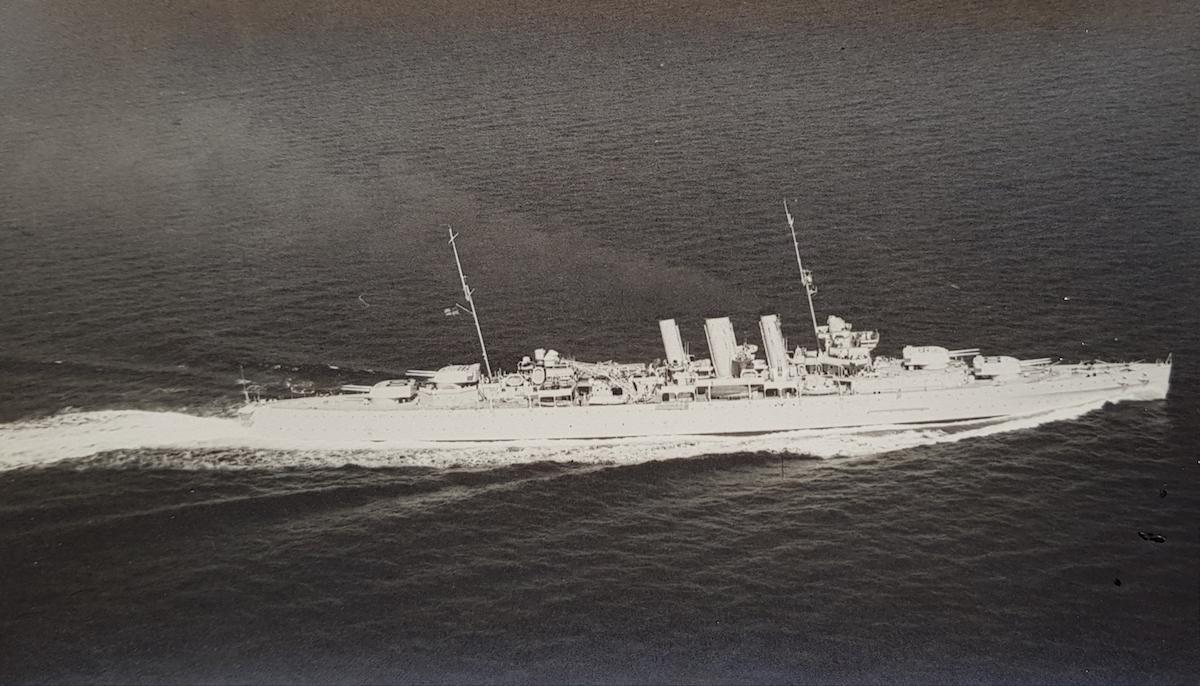 100 odd black and white photographs complete this book, Tavern of the Seas, the unseen years 1935 – 1955. Here is a hitherto, mostly unpublished, visual record of Cape Town Harbour, just before, during and some years after the Second World War. We see the, alas no more, grand promenade pier opened in 1913. We see the expansion of the harbor warehouses as more and more materiel flows through the port. We see the great passenger liners in peacetime and their conversion into troop carriers in war. As floating hotels, the liners carried paying guests in scores. As army transporters they carried thousands, so visible in those nostalgic pictures of returning troops lining the rails and being greeted by great rejoicing crowds at the quayside. 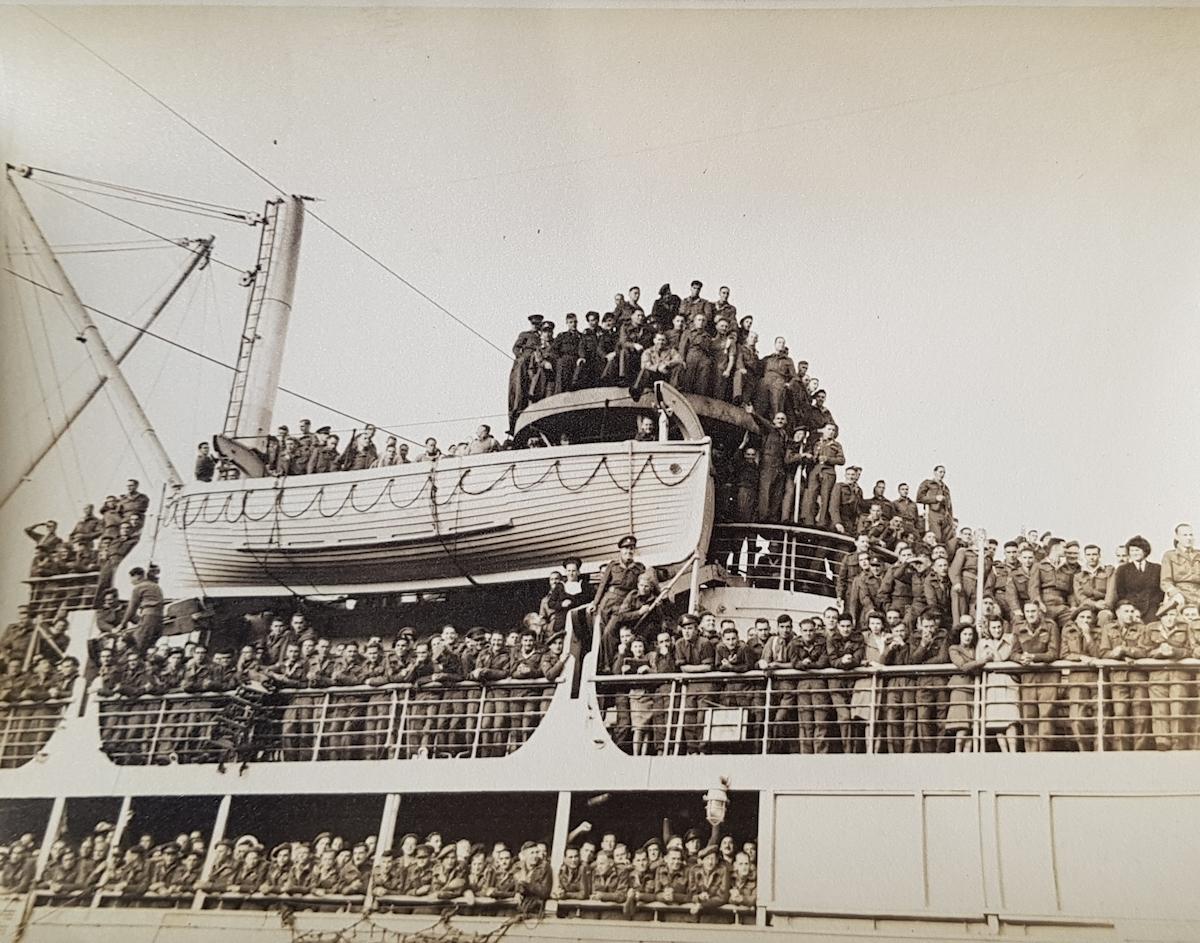 Soldiers are almost home - Phil Short - Tavern of the Seas.jpg 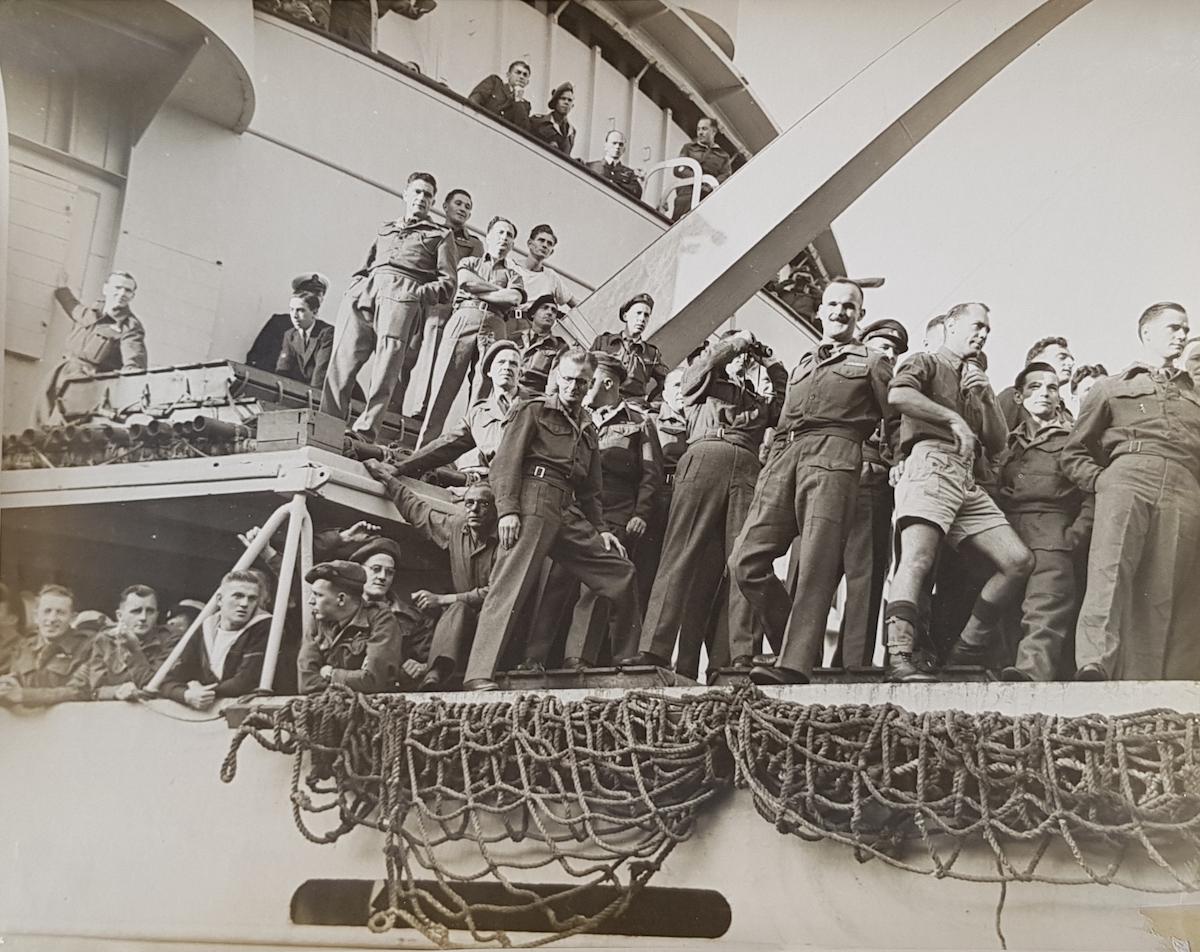 As a child I visited Cape Town during the war, went with my aunt, meeting and greeting foreign servicemen. Not surprising that I particularly enjoyed the ‘Cape Town as Naval Base’ section which features so many shots of warships, recapturing for me, those days of tense excitement, suppressed fear and drama [Nazi submarines lurking off our shores], an experience unknown by my children and later generations. I so excitedly visited warships, invited by service personnel returning my aunt’s hospitality. 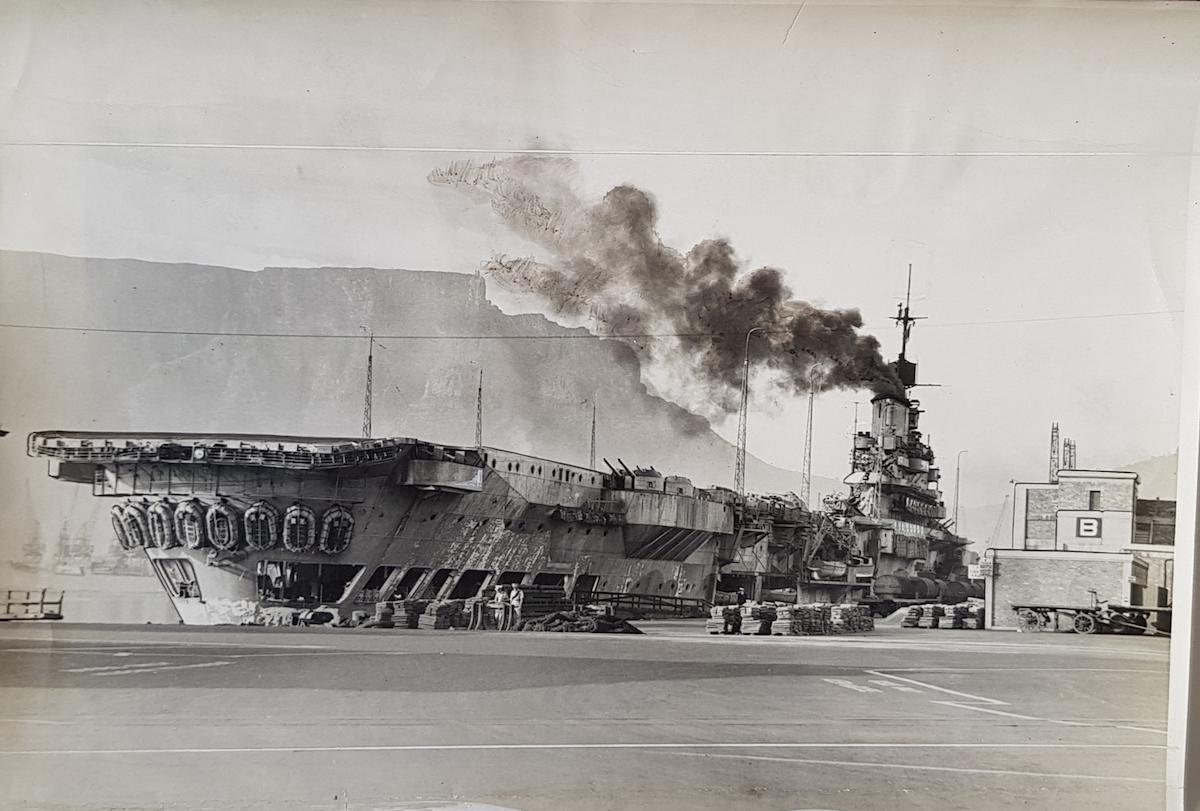 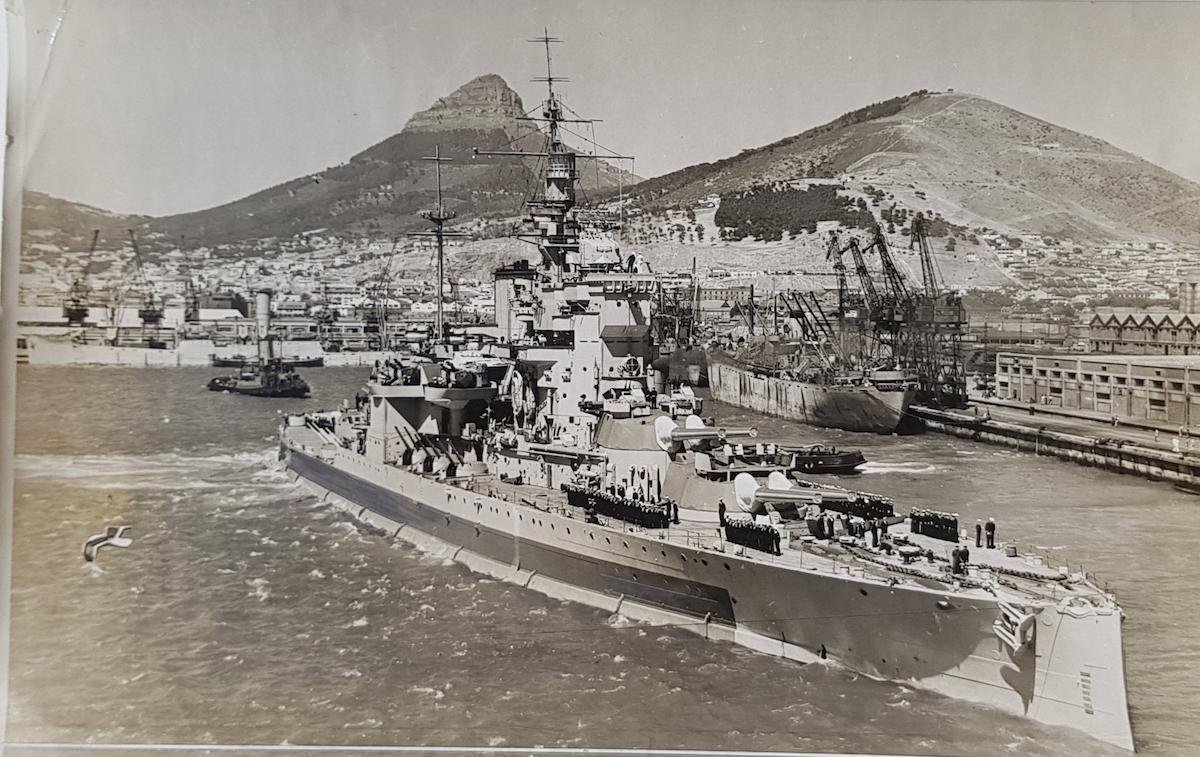 The book was compiled by Philip Short of the South African Ship Society. The photos were originally commissioned by Jim Read, Cape Town Harbour Engineer, but due to war time security regulations, were not publicly aired. In the well-known ‘bottom of a trunk for forty years’ story, the photos by professional Blyth Clayton, were offered to Short by a friend, Read’s nephew.

Royal cavalcade on the Kings Way - Phil Short - Tavern of the Seas.jpg 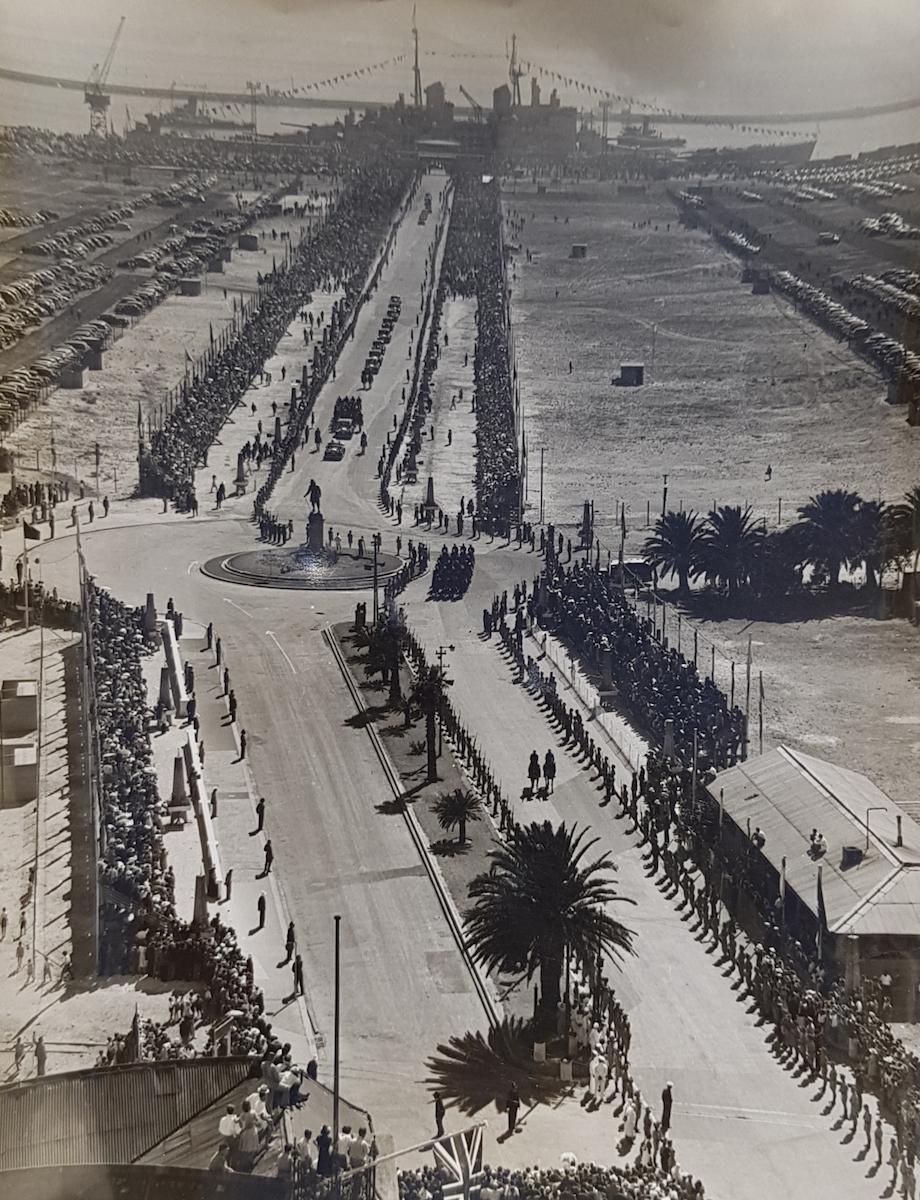 Royal cavalcade on the Kings Way

This is a lovely book. I got lost in it. My only caveat, and I understand the need for expense control, is that captions come at the beginning of each section rather than under each photograph.

Later we watch as the photos record the war time, complex repair engineering carried out in the harbour. The holes in ship’s sides are enormous. How did they find their way to safety? Story after imaginative story appears. Page slowly. The Duncan Dock arises. Cape Town city expands along the foreshore. Immigrants enter the post war South Africa. Table Mountain in its various guises often provides the familiar backdrop. 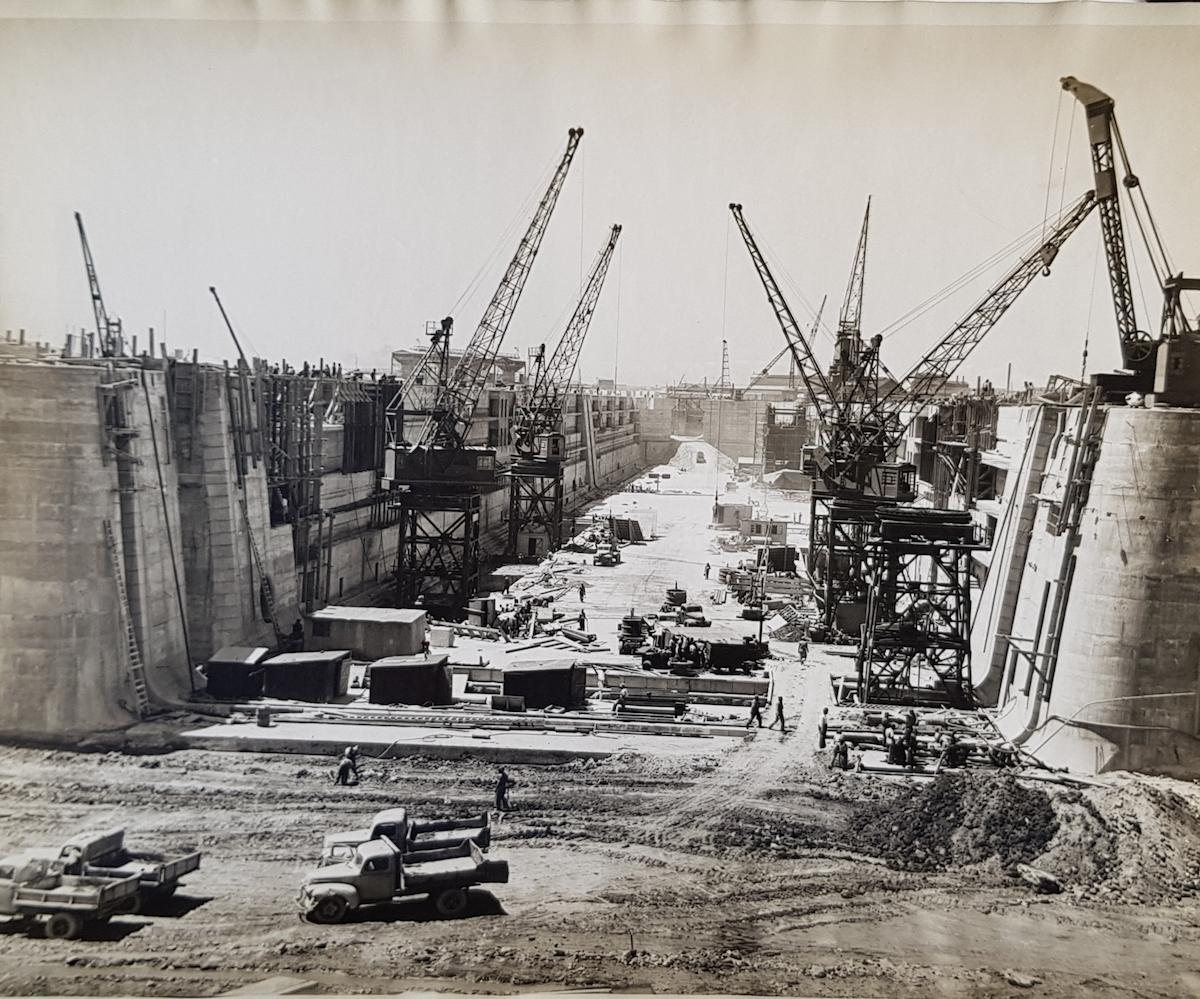 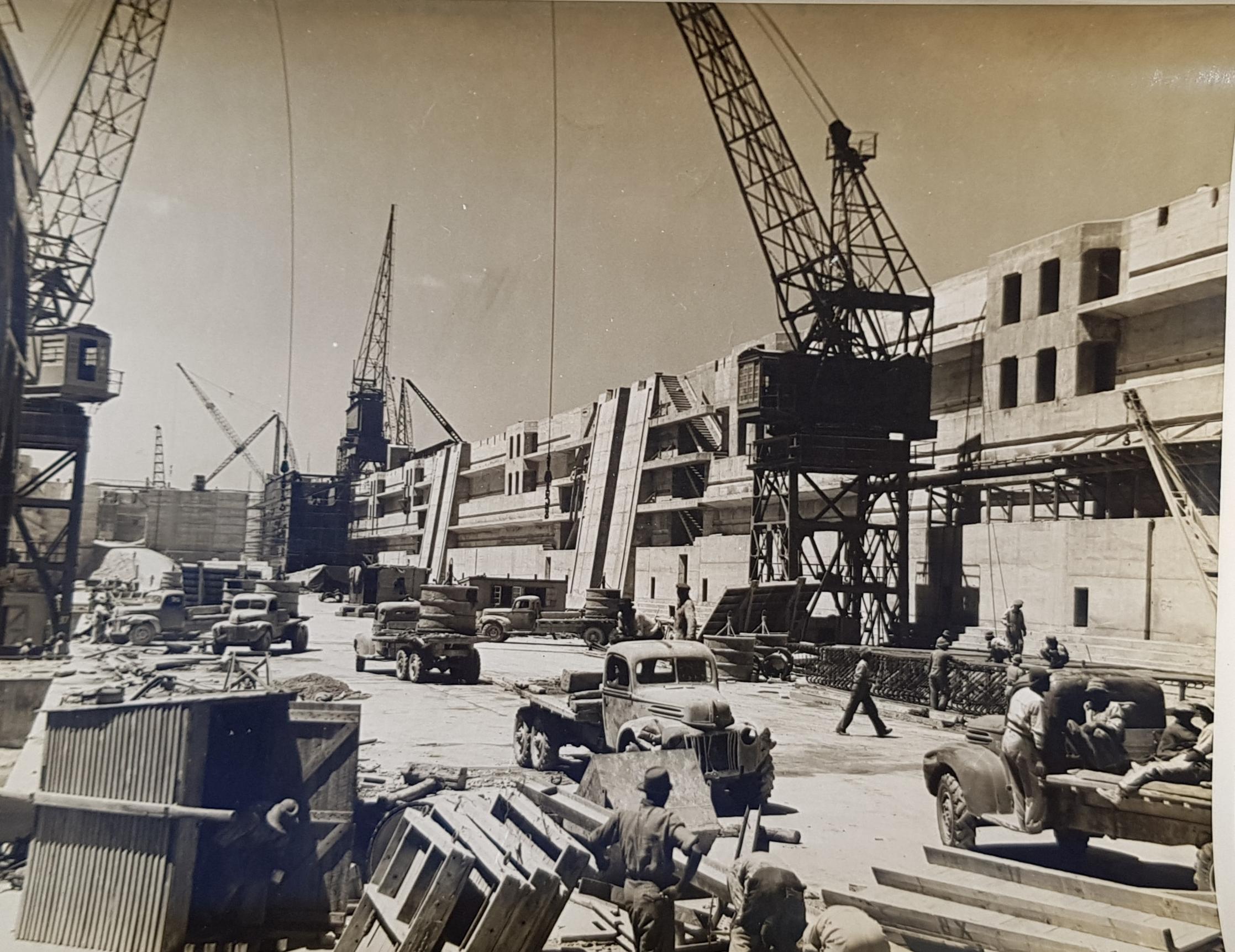 About the reviewer: Mike spent most of his life in Johannesburg. He earned his living as a human resources practitioner, first in large companies as a manager, [many stimulating years with AECI] and later in his own small HR consultancy. In his ‘retirement,’ he has written extensively about Johannesburg, publishing several books and articles. Mike is also a celebrated poet.