Review of Meet me at the Carlton 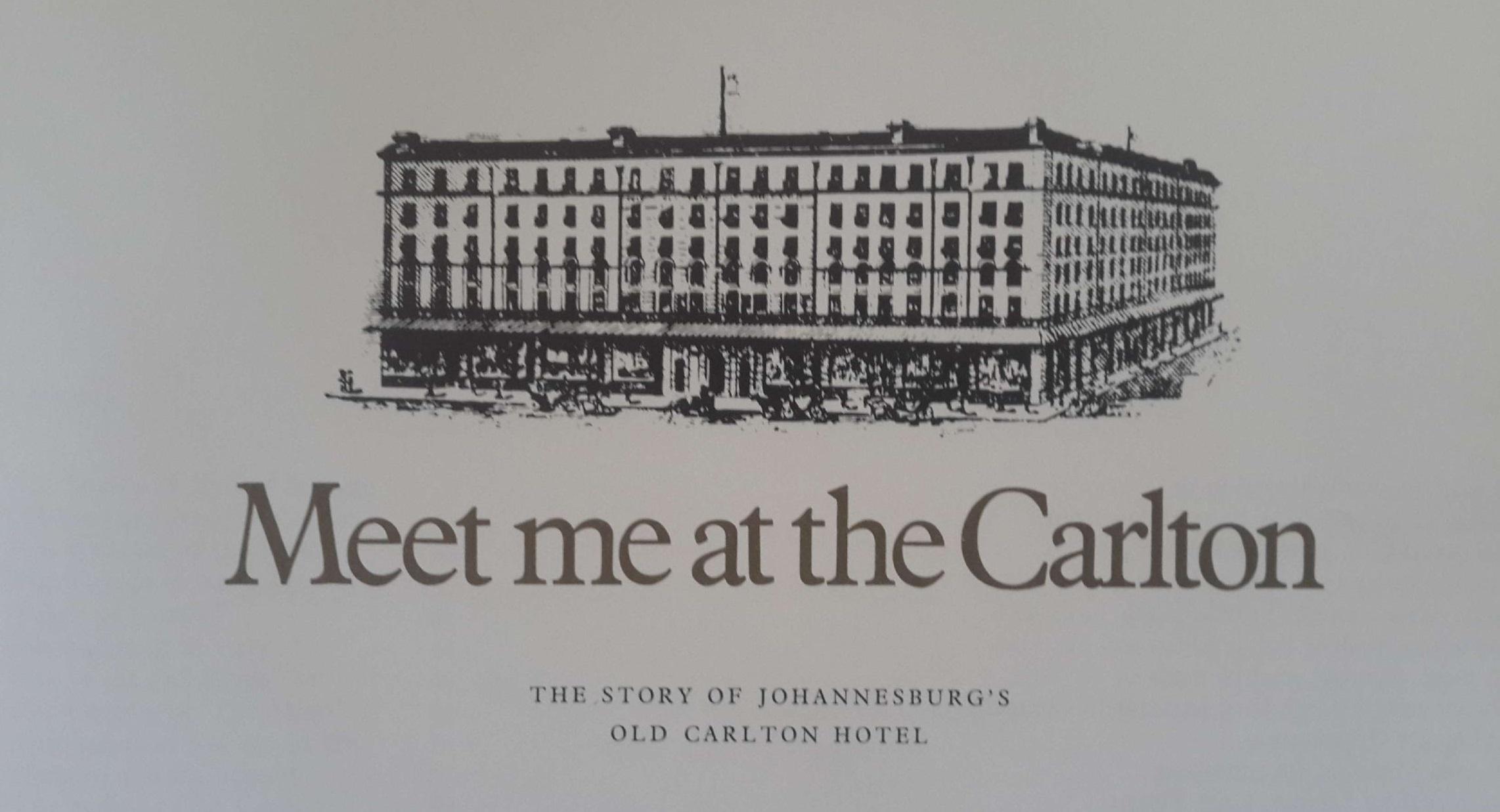 In November 1972 the new Carlton Hotel, fronting Main Street in Johannesburg opened. Guests were presented with a copy of the limited edition of this nostalgic handsome book, Meet Me at the Carlton, which told the story of the old Carlton Hotel of Johannesburg. This commemorative book was commissioned by the Carlton Centre. 500 numbered limited edition copies were printed, signed by the author, Eric Rosenthal for the opening celebration. (An ordinary edition with a quality cloth cover at that time retailed at R8.50 and it is a book that is still fairly readily available).

Meet me at the Carlton - book cover.jpg 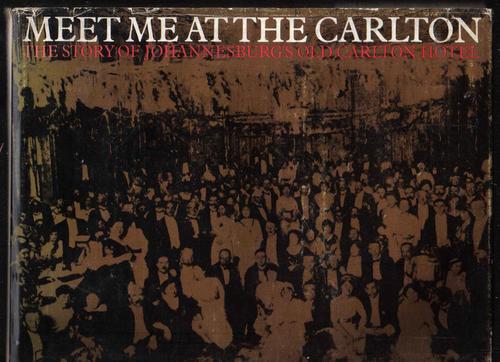 The 1972 event was a significant moment of the hopeful rebirth of what was to be a five star hotel and the reuse of the name Carlton. Johannesburg could not live without its Carlton Hotel with the sky scraper "Y" shaped new hotel with its 30 storeys, 603 bedrooms and fine dining at the Three Ships Restaurant. The new hotel was part of the development of the even taller Carlton Centre. Who would have thought that the new Carlton Hotel would have such a short life and be mothballed before the turn of the 21st century? But that is another story.

View towards the Carlton Centre and Hotel (The Heritage Portal)

The Carlton Hotel was the dream of Barney Barnato, who wanted, as early as 1895, to recreate his favourite London hotel and a theatre. It brought a whiff of London’s Carlton Hotel to the Highveld. However, it was only after the Anglo Boer War that the hotel was erected. It was an enterprise and investment of the Johannesburg Consolidated Investment Company. The famous London firm, Waring and Gillow of Oxford Street were the building contractors and supplied the fitting and furnishings. Technically this was a state of the art edifice, with a steel framework, revolving doors, air conditioning and a fire escape. Express lifts were there from the start. Ivar Kreuger, the notorious match king of Sweden and financial fraud was the steel construction engineer on the Carlton and Rosenthal includes his story. In 1905 the Cluny Castle of the Union Castle fleet was specially chartered to bring furniture, equipment and the entire white staff complement for the new hotel (186 men and women) were recruited in London. The book gives an excellent picture of Johannesburg in the Edwardian years, circa 1906, when the Carlton opened in style. It unpacks the lives and experiences of the men who built the hotel, the celebrity guests and the staff who ran and managed it. Capable hotel professionals ensured that this was a luxury experience from start to finish. You could feel like a million dollars even if you did not possess the bucks, when you stayed at the Carlton.

Carlton Hotel - Meet me at the Carlton.jpg 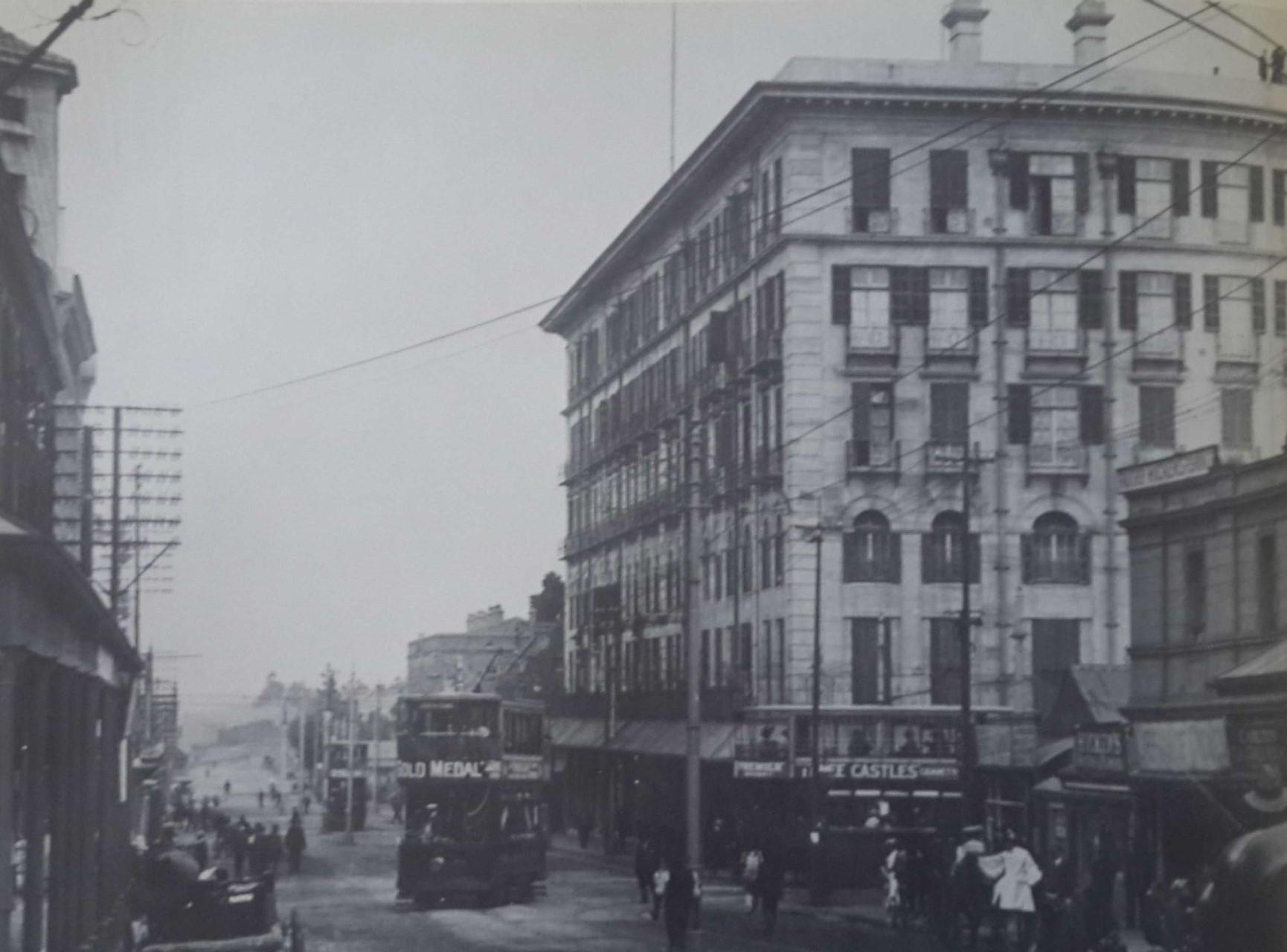 The hotel filled an entire block between Market, Eloff, Commissioner and Joubert Streets. It lay to the north west of the present Carlton Centre and in the sixties the African Life Building was built on the site. If a hotel could tell the story of a city, the Carlton Hotel surviving through the vicissitudes of economic booms and busts, strike action, world wars and changing times, summed up the Johannesburg scene. The Carlton was the place to meet in central Johannesburg; business men networked and remade Johannesburg finances at the Carlton. It was the social centre, almost an alternative club for the upper crust of Johannesburg. It was the place to stay for superior visitors to the city and was the scene of a good many dramatic events during its 57 year existence. You could enjoy teas in the palm court, waltz at the tea dances, dine on high class cuisine, pose at posh celebratory dances in the ball room or indulge in the sumptuous shops on the ground floor. 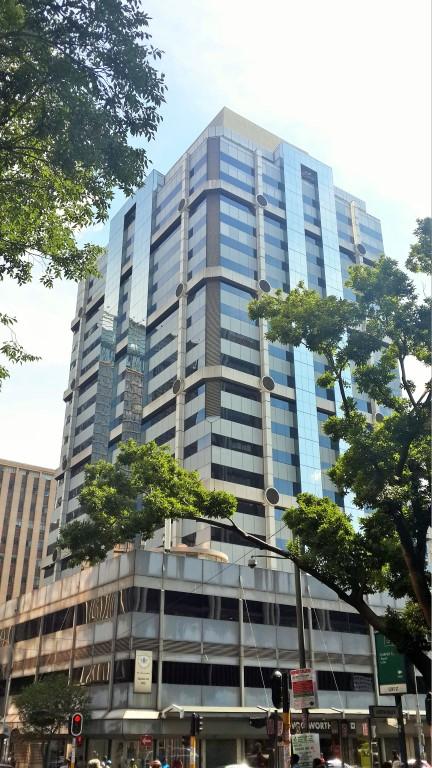 Palm Cout - Me me at the Carlton.jpg 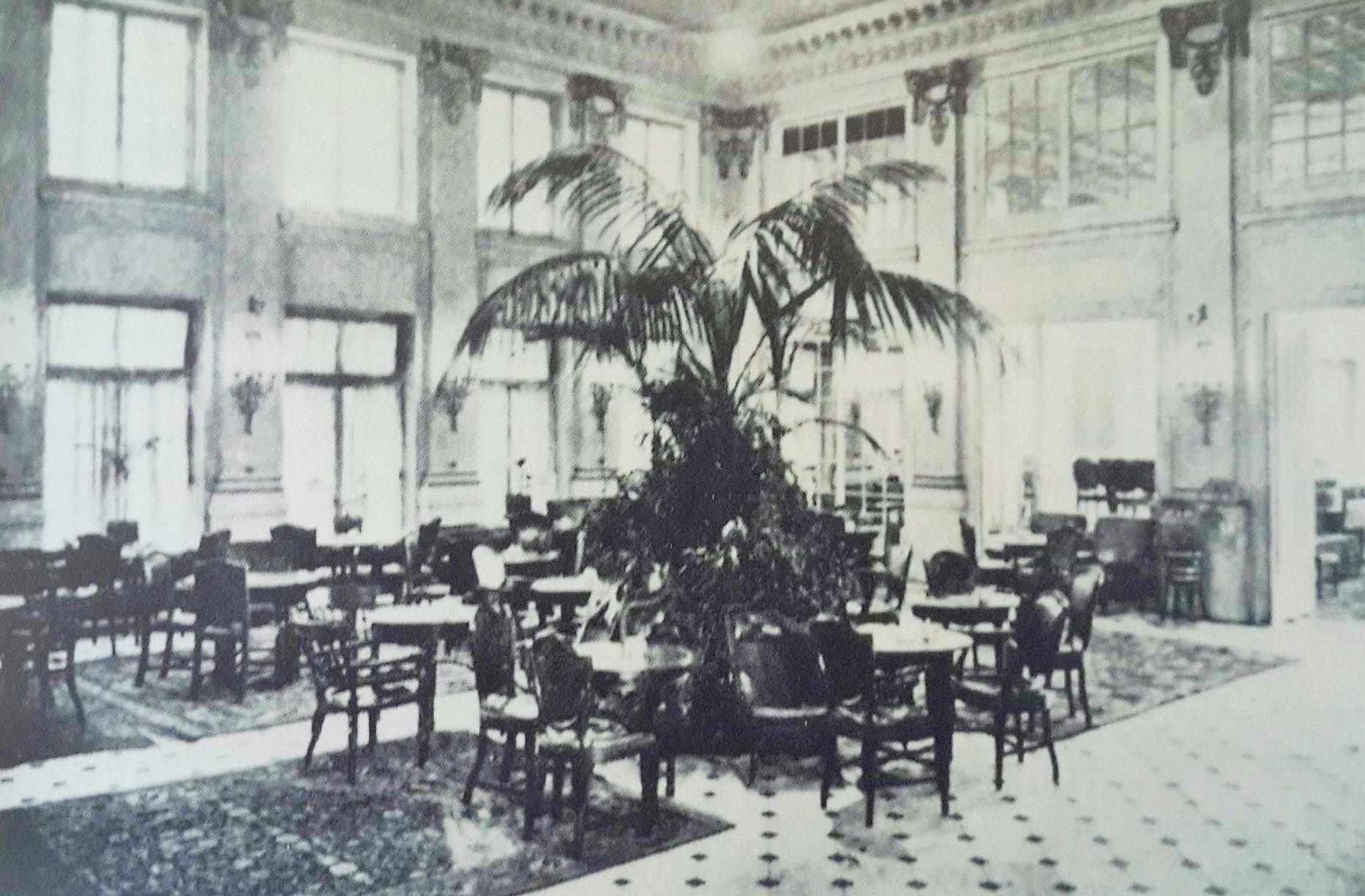 Ballroom Carlton Hotel - Meet me at the Carlton.jpg 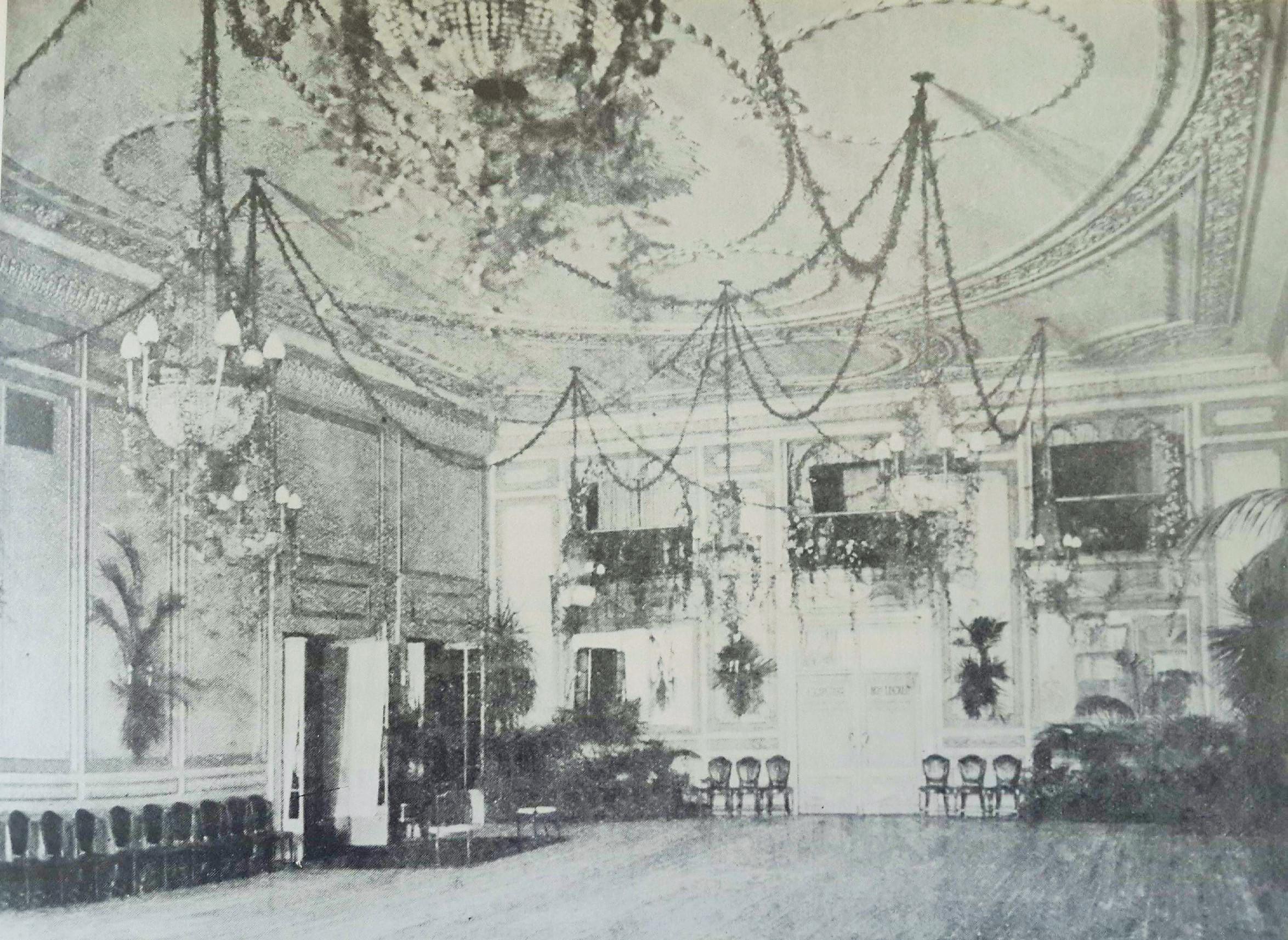 The old Carlton was certainly a great hotel through two distinct eras, across nearly six decades. Unusually, Rosenthal writes his own foreword and explains his book has been researched against the backdrop of someone who often stayed at the Carlton over forty years and knew all about its workings through personal observation. One of the most revealing chapters is Rosenthal's own 1930 piece for the Star newspaper (he was a journalist) taking the reader on a "behind the scenes" tour of the Carlton Hotel .

I W Schlesinger took over the Carlton in 1923 and perhaps more than any other entrepreneur,  Johannesburg of the interwar period bore his imprint. The Carlton was rebuilt and three new stories added so that by 1936 it was a 9 storey building. Rosenthal gives vignettes of the history of the city seen through the highlights of the hotel life. When Johannesburg celebrated in style it was at the Carlton. A banquet in honour of the Royal family in 1947 was hosted at the Carlton by General Pienaar. The final chapter explains why and how the city outgrew the Carlton; the financial returns for what was a relatively small hotel by the 1960s no longer generated sufficient profits.

Carlton Hotel extension - Meet me at the Carlton.jpg 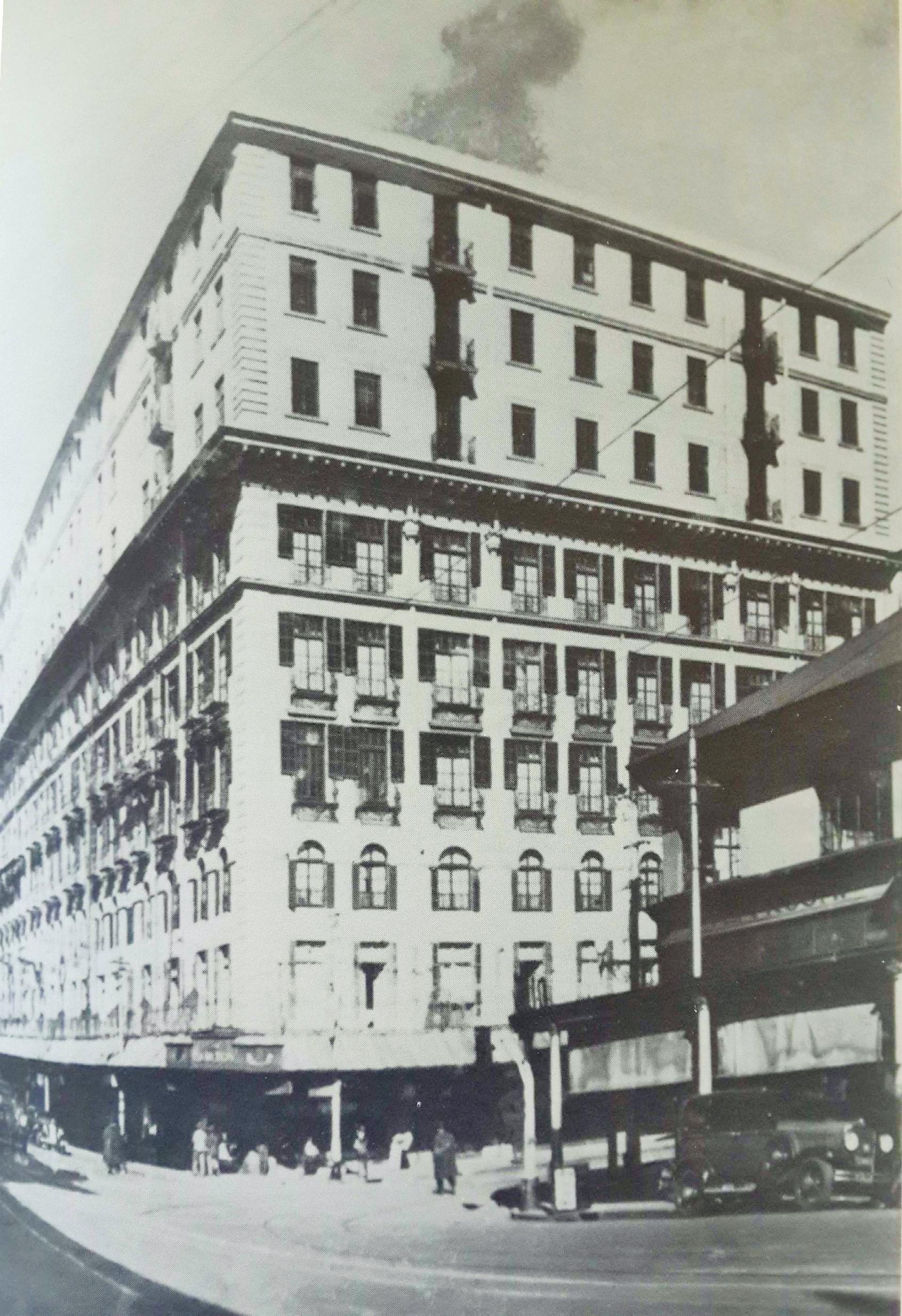 In 1962 the decision to demolish the old Carlton Hotel was taken and the last grand charity event was held in December 1963. In 1964 the contents of the Carlton were sold on Boysie Levin’s auction and the old Carlton Hotel was demolished by the end of that year. The final chapter discusses the background to the revisioning and financial deals to amalgamate blocks and close intersecting streets to create a five acre site for the new 50 floor Carlton Centre and the high rise new hotel double the size of the old hotel. It brought into existence a giant superblock. New men were at the helm; Harry Oppenheimer, Ted Sceales and Douglas Hoffe were the entrepreneurs of the sixties. The new development was a joint undertaking of South African Breweries and Anglo American.

Old Carlton Hotel being demolished - Meet me at the Carlton.jpg 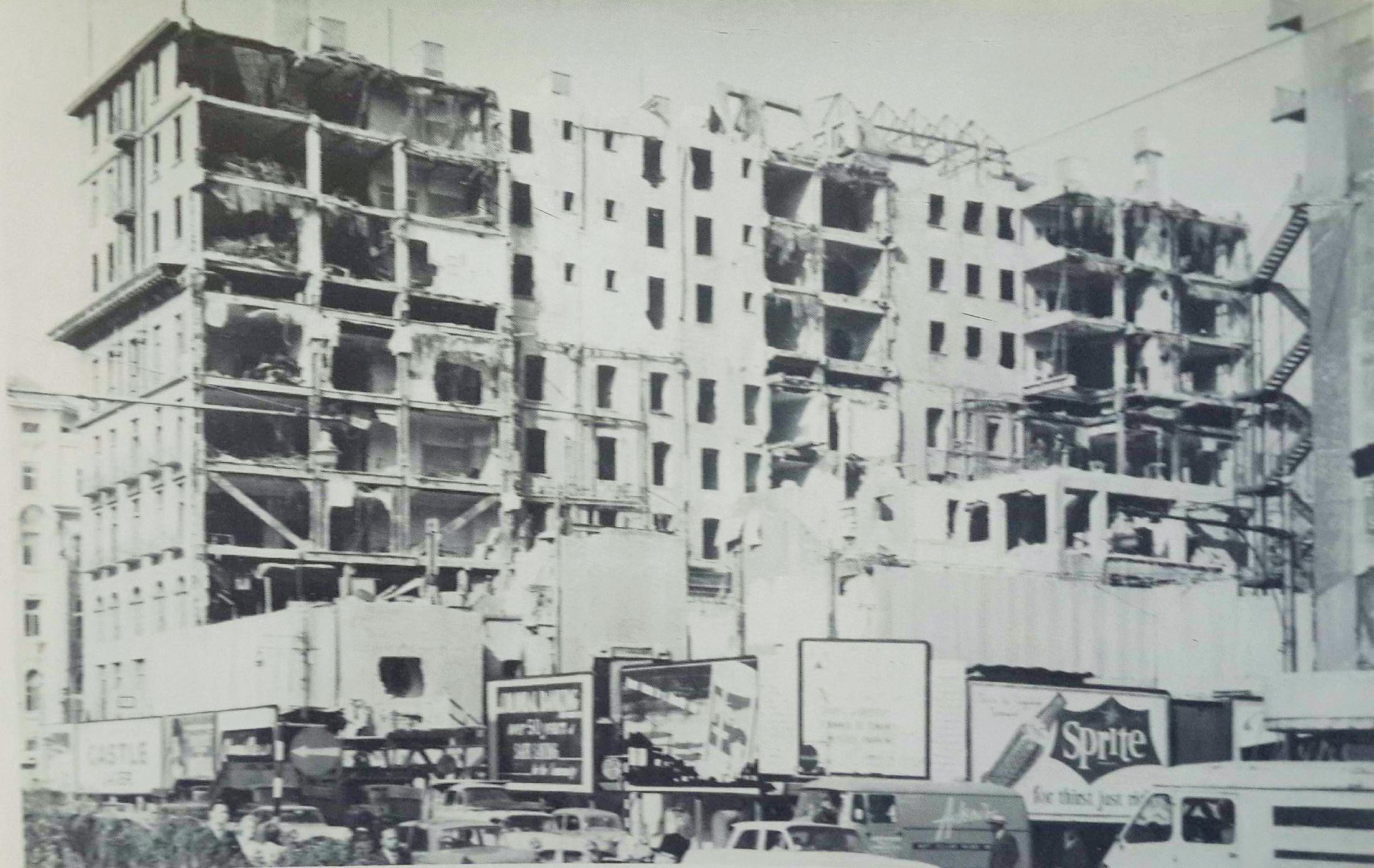 The book is filled with marvellous black and white photographs of people, menus, programmes and events. The final page shows an aerial photograph of the soon to be developed land for the Carlton Centre development. 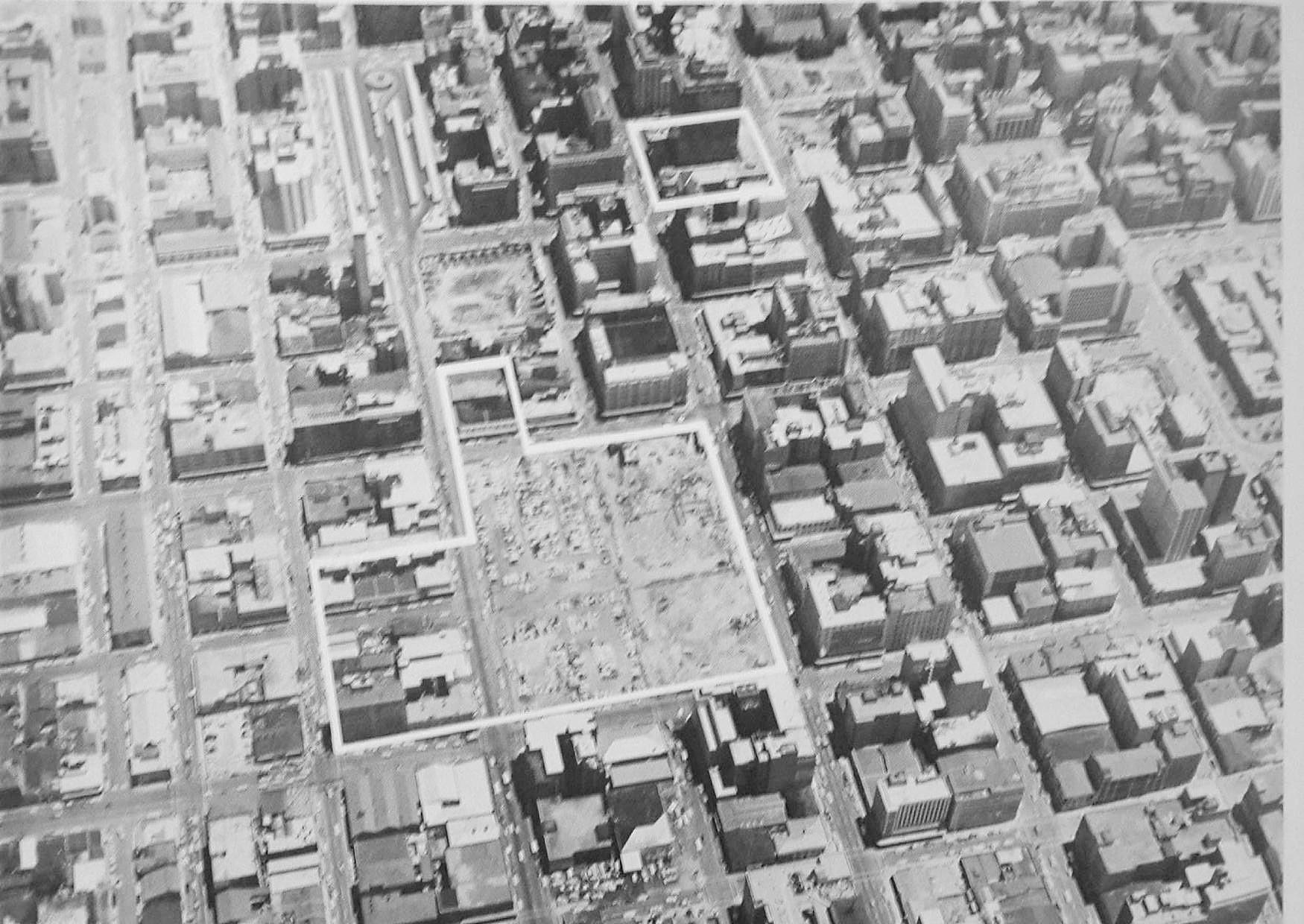 However, although Rosenthal tells an appealing and readable story, the weakness of this well written book is its appalling lack of footnotes or source references or bibliography. There is an index but that is just about the only nod to scholarship.

2017 Price Guide: A copy of this book in perfect condition, together with a souvenir menu, recently came up for sale on an antiquarian book auction site and sold for $35. Amazon and Alibris are selling copies at 10 pounds British sterling, but the best bargain is on Bid or Buy at a price of R150, though ideally you want a copy with a dust wrapper.