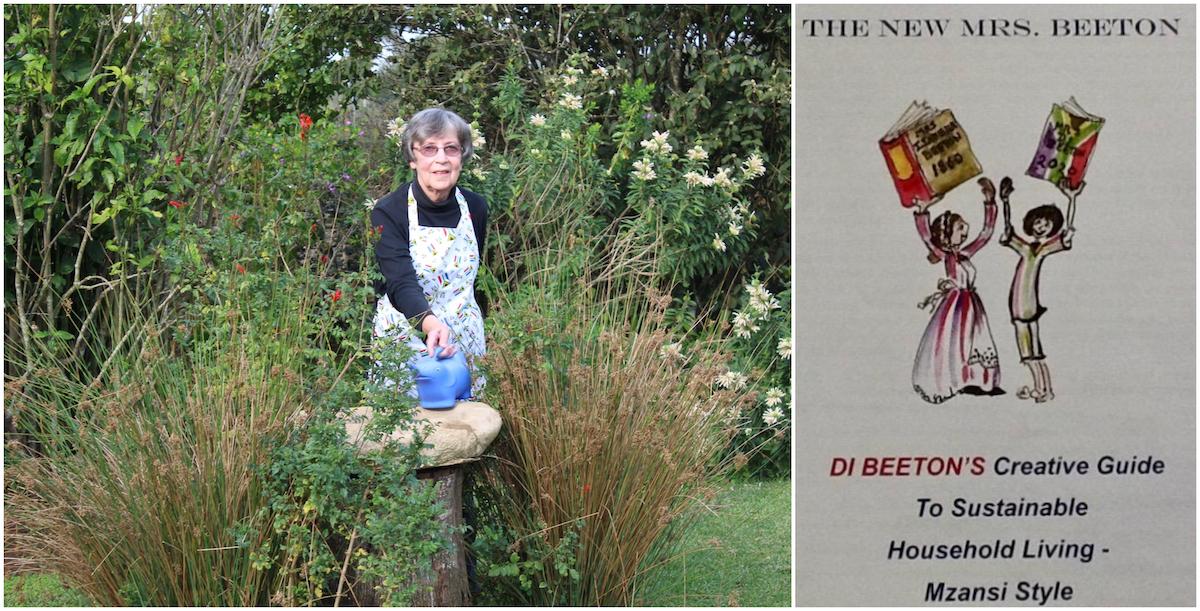 Di Beeton's name echoes that of her namesake Mrs Isabella Beeton, the author of perhaps the most famous book of household management and cooking ever published. Beeton’s Book of Household Management was a distinctively English book that appeared in 1861; it was the last word in being a Victorian mistress of an independent household; it’s a tome of over 1000 pages and covers everything from home nursing, maintaining households, checking on character references for servants, the legal details of buying a house, the anatomy of a fowl or making rhubarb wine and so much more. The Beetons did an extraordinary job of culling useful information from a spectrum of possible sources. Plagiarised or not, it was a huge success. The book sold 60 000 copies in the first year and made a fortune for the Beetons. 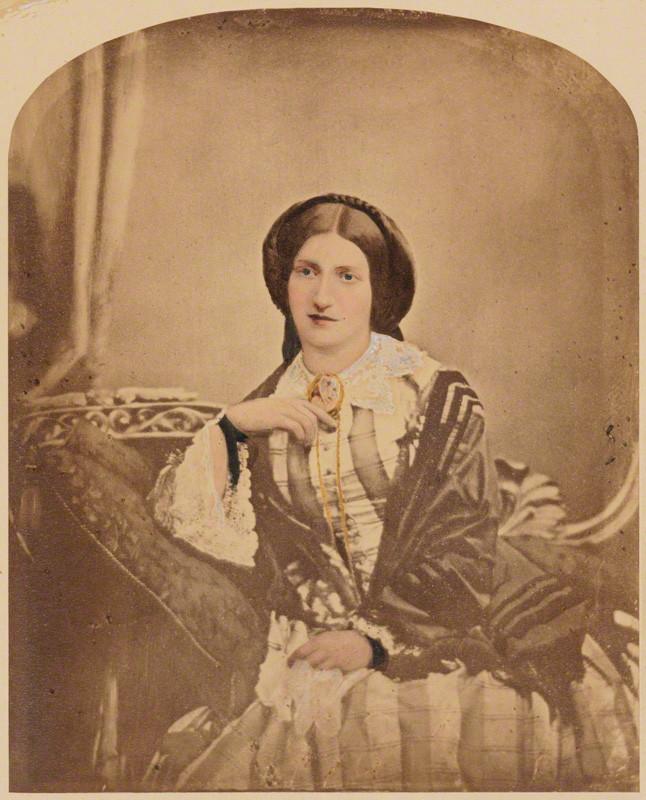 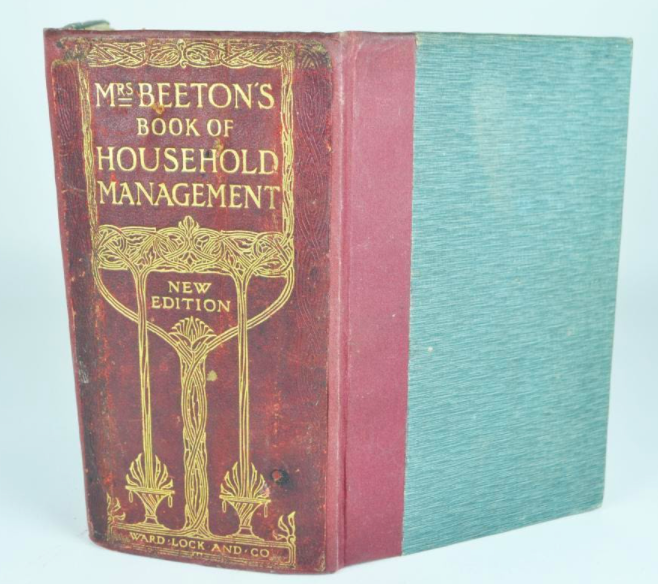 In 1856 Mrs Beeton married Samuel Beeton, a London publisher; she was only 20 and a year later she began to write for her husband’s publication The Englishwoman’s Domestic Magazine. She was smart, young, enthusiastic and intelligent. They tapped into a new market for sound household advice and keeping a kitchen in a Victorian home. The book has dozens of recipes that follow logically from general observations on topics such as birds, hogs, sheep and lamb, vegetables, pudding and pastry. The Beeton book started as a series in a magazine. In 1859 the Beetons published monthly supplements and two years later the magnum opus appeared in single volume book form. Sadly, Mrs Beeton died at the age of 28, having given birth to four children (two of the children died in infancy). That too was part of the story of high childhood mortality and death from sepsis of women in childbirth in the mid Victorian decades. 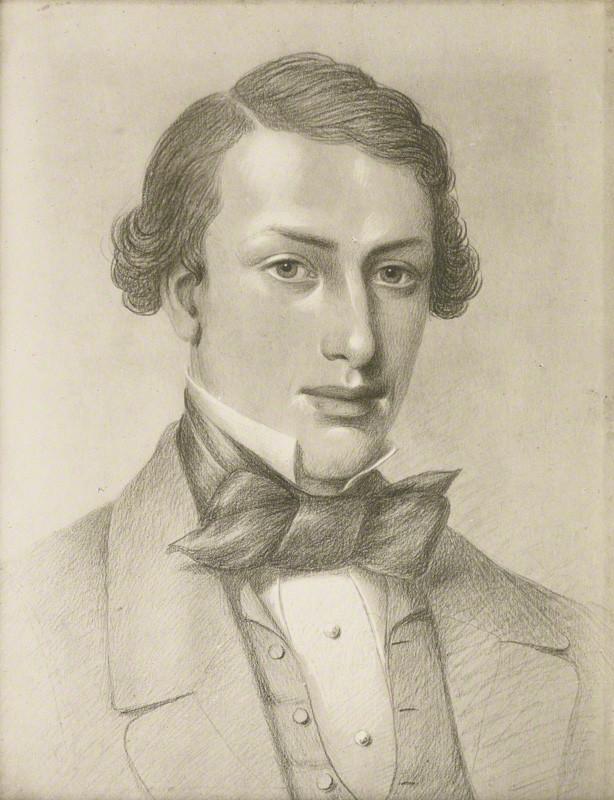 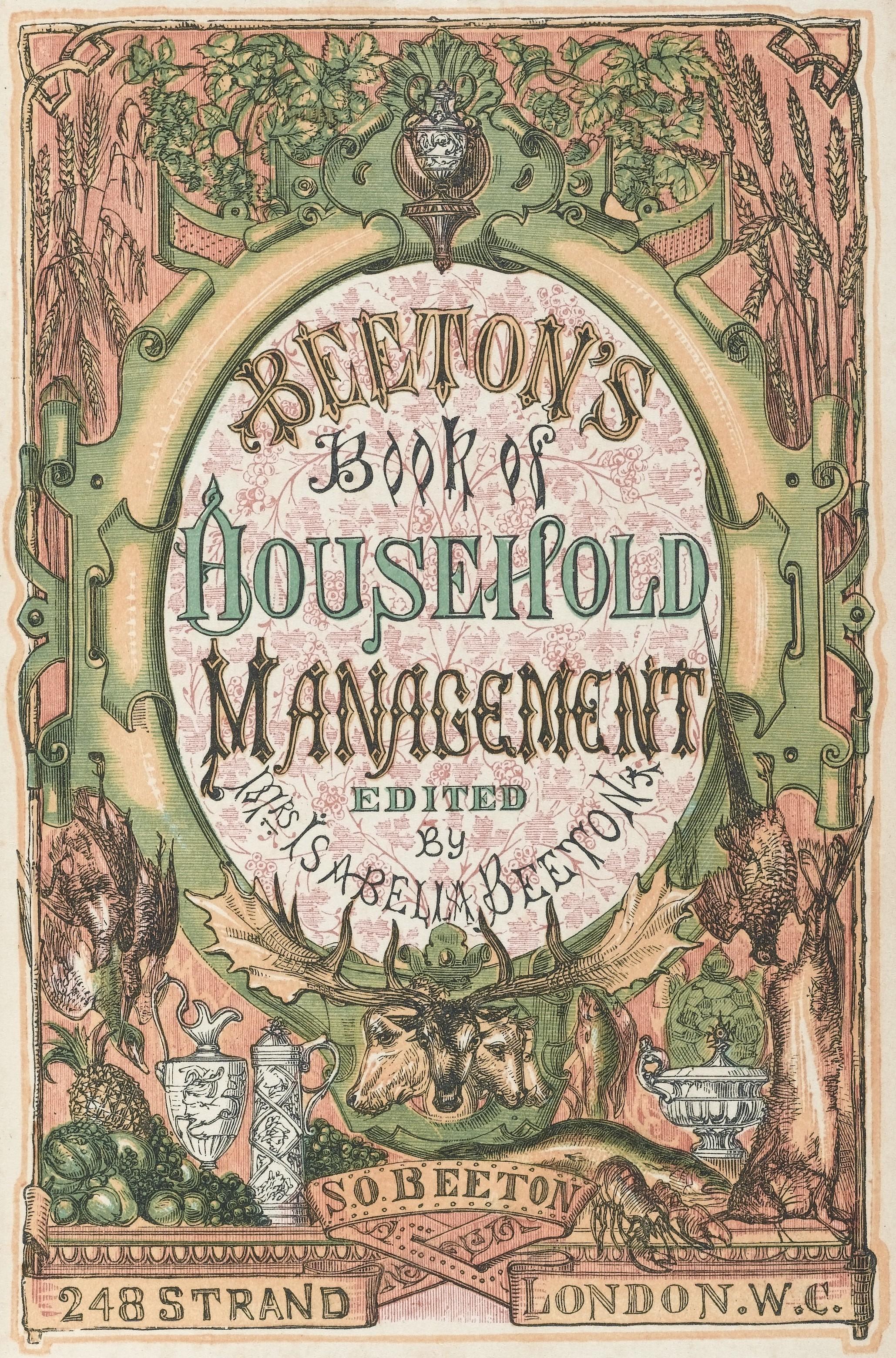 Isabella Beeton’s death was a sad story but who has not heard of Mrs Beeton? She gave rise to a cookbook industry. The Beeton book was the forerunner of the cookbook genre. They were tapping into a market for household advice that logically led to the Good Housekeeping magazines of today.

The Oxford English Dictionary states that by 1891 the term Mrs Beeton had become used as a generic name for a domestic authority. Despite being in her twenties, Mrs Beeton was considered a building block of mid-Victorian middle class identity. Beeton wrote: "As with the commander of an army, or the leader of any enterprise, so is it with the mistress of a house." She set the model standards for the good housekeeper rising early, insisting on cleanliness and frugality. The Beeton Victorian household was run without electricity, refrigerators, microwaves or plastic packaging.

What English family did not own a Mrs Beeton. Certainly my family owned an updated Mrs Beeton’s cookbook in abridged format. It was one of very few cookbooks that sat in our kitchen when I grew up and my mother actually used the recipes for Goosberry Fool or blancmange. The problem with the Mrs Beeton recipes was that they assumed that you readily had to hand a quart of milk, a pound of flour, a dozen eggs or 10 ounces of sugar. Mrs Beeton listed the price of a serving - for example 1 shilling and sixpence to make a dozen biscuits or one shilling and fourpence for a pound of stewed venison. 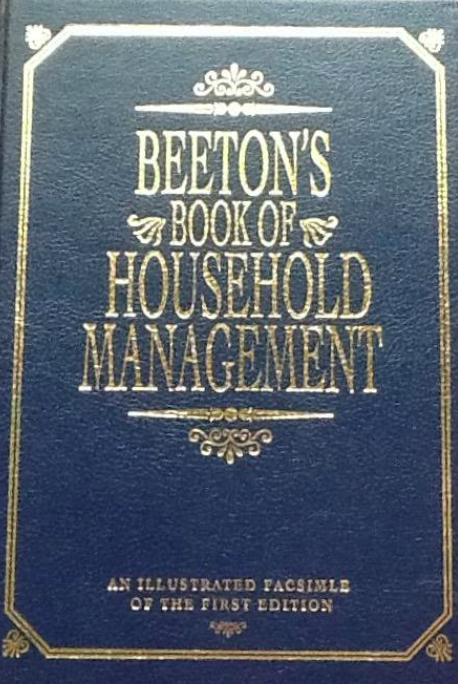 The look of our old home copy of Mrs Beeton

Eventually our Mrs Beeton fell apart and was dropped in the dustbin along with a very worn copy of Mrs Craig's wartime recipes. It belonged to a certain era and later cookbooks offered a far more modern approach for later generations.

Such was the mystique of Mrs Beeton that a few years ago I purchased a brand new illustrated facsimile of the first edition, published by Chancellor Press in 1994. It was not expensive and certainly value for money but more of a curiosity than a keep in the kitchen book for daily use.

Di Beeton’s book is a book of gathered wisdom about environmentally friendly lifestyles that we all ought to be promoting today. Di Beeton's book is for South African readers (she calls South Africa Mzansi) and her campaign is to save water, recycle, reuse, conserve energy and live a thoughtful life. Di tells the story of her own life in South Africa and her partnership with her husband Frank. She feels that the Beeton tradition is relevant to South Africa. She is strong on advice about money and debt, living well and being environmentally conscious. I like her mention of South African products such as Mrs Ball’s Chutney, Lucky Star pilchards, and Jungle Oats. She includes a few useful recipes contributed by family and Friends. 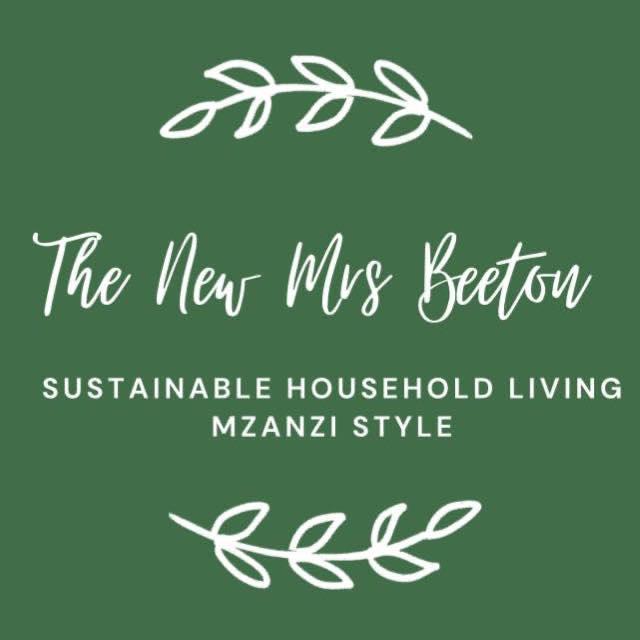 It is a book with great promise. At the moment this book comes in the form of self-printed paper bound notes; it looks like a course guide for an in house course for teaching home economics. It is a good start but needs a publisher. I think it will fill a niche in the market and the Beeton name is a good one for marketing purposes.

I think this book could fit into category of South African cookbooks and advice books. There are many new modern cookbooks with mouthwatering recipes produced and photographed in colour. But there is an older tradition - firstly the link back to the original Mrs Beeton. It offers too, a quirky mix of a family story, some memoirs, good advice and a good selection of recipes.

I have built up a bookshelf of some wonderful older South African books in this genre. For example, the Mildred Slade books, V G Reitz's Quality and Quantity, Hilda Gerber's Cape Cookery Old and New, Hildagonda Duckitt's 650 Cookery Recipes and the Ouma Smuts cookery book (Mrs Roy Hendrie). That particular book had great success and was reprinted many times between 1940 and 1976. The South African cookbook that has sold more than a million copies was the original Cook and Enjoy by SJA de Villiers – originally in Afrikaans as Kook en Geniet and published in about 1961 and then reprinted many times. Finally, in my small collection is the book that comes closest to the Mrs Beeton book and that is Doris Milstein's Housewife’s Treasure 1000 useful Hints, Ideas and Advice - no date but published by the CNA. A delightful book in the category of old fashioned recipes and family memories is Alison Read’s book, My Grandmother’s Recipes which is based on her grandmother’s actual recipe book - her name was Ellen Victoria Beautell from England who married a Woodgate-Low in 1908. There are many more older South African cookbooks which now belong in the collectable corner.

So I am a fan of South African style cookbooks and I hope that this initial publication will progress to something more substantial and that the latter day Mrs Beeton writes up the family history of the South African Beetons.

Contact the author for the price and details about obtaining a copy - dvbeeton@gmail.com