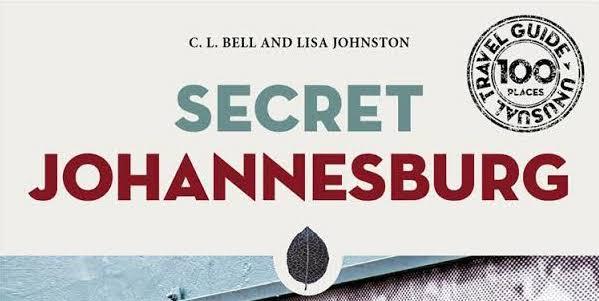 Secret Johannesburg is a small book with a big punch. The intriguing title lures the city enthusiast to acquire it, pop it in a pocket or a handbag and take it on a journey to discover Joburg's little known treasures. Complete with nifty maps, this guidebook with a difference unearths Johannesburg’s amazing hidden objects, spaces, places, artworks, geology, water features, trees and museums. 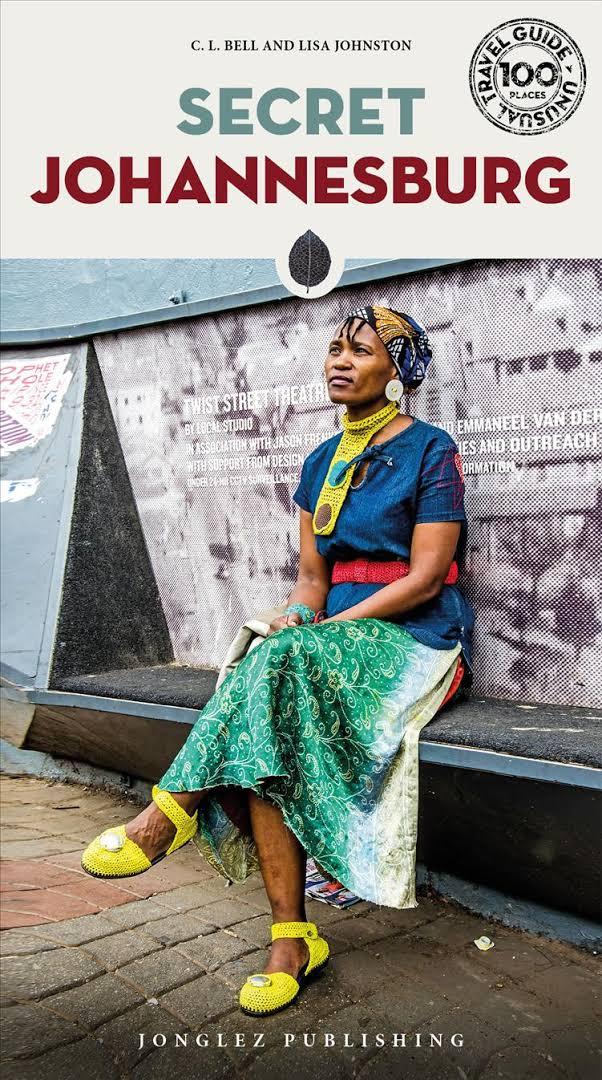 Published by Jonglez publishing in Paris, this book puts secret Johannesburg on an international map. Joburg now joins Barcelona, London, Rio, Rome, Venice, Vienna, Washington DC and a few dozen other cities (including Cape Town) in having its secrets revealed. There are cheerful bright photographs of each “secret”. Discover graffiti, protest treasures, the transport archive, the Diaz cross, art collections, outdoor sculptures, urban gardens, champion trees and so much more. 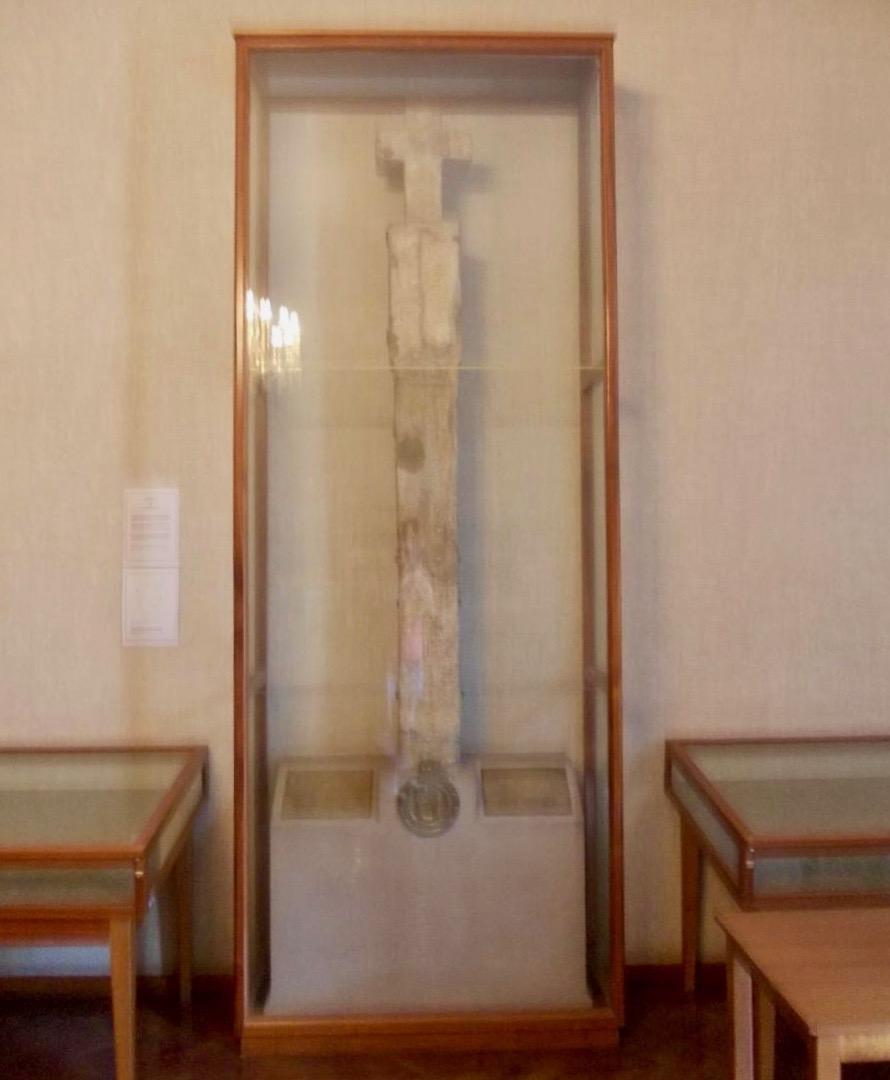 Diaz Cross at the Cullen Library at Wits (The Heritage Portal)

How does this book compare with Hidden Johannesburg, published in 2016 which had an emphasis on the grand heritage homes and places of the city? Whereas Hidden Johannesburg is a coffee table book with lavish production and extraordinary professional photographs aimed at the armchair aficionados of the city, this little guide is much more of a fit for the glove box of a car for taking on your travels to discover these places.

I liked the efforts made to blend the heritage treasures of different cultures and the reach from Lonehill to Soweto and beyond. The selection of secrets and treasures celebrates  the post-apartheid world.

It’s a very immediate guide with a journalistic flair; the authors capture conversations with custodians of treasures. Their book is based on interviews. It’s all oral history told to them by the people of Johannesburg. They have no references and no authoritative documentary sources for their information.

The format of the little book is geographical, with the city divided into four areas covering the old Downtown, the suburbs in all directions as well as Greater Joburg.

Unfortunately for a small book, the price is steep. The recommended retail price is R299. Hidden Johannesburg is far better value for money, but then the price tag matches prices charged elsewhere.

There should have been better proofreading too. When you pay a top price for an international product one expects perfection. A few errors jumped out at me:

These small points are important for anyone writing and publishing on Johannesburg heritage. It is a real pity that small errors and a failure to double check facts, provide dates, do some research mar this book with an excellent core idea. 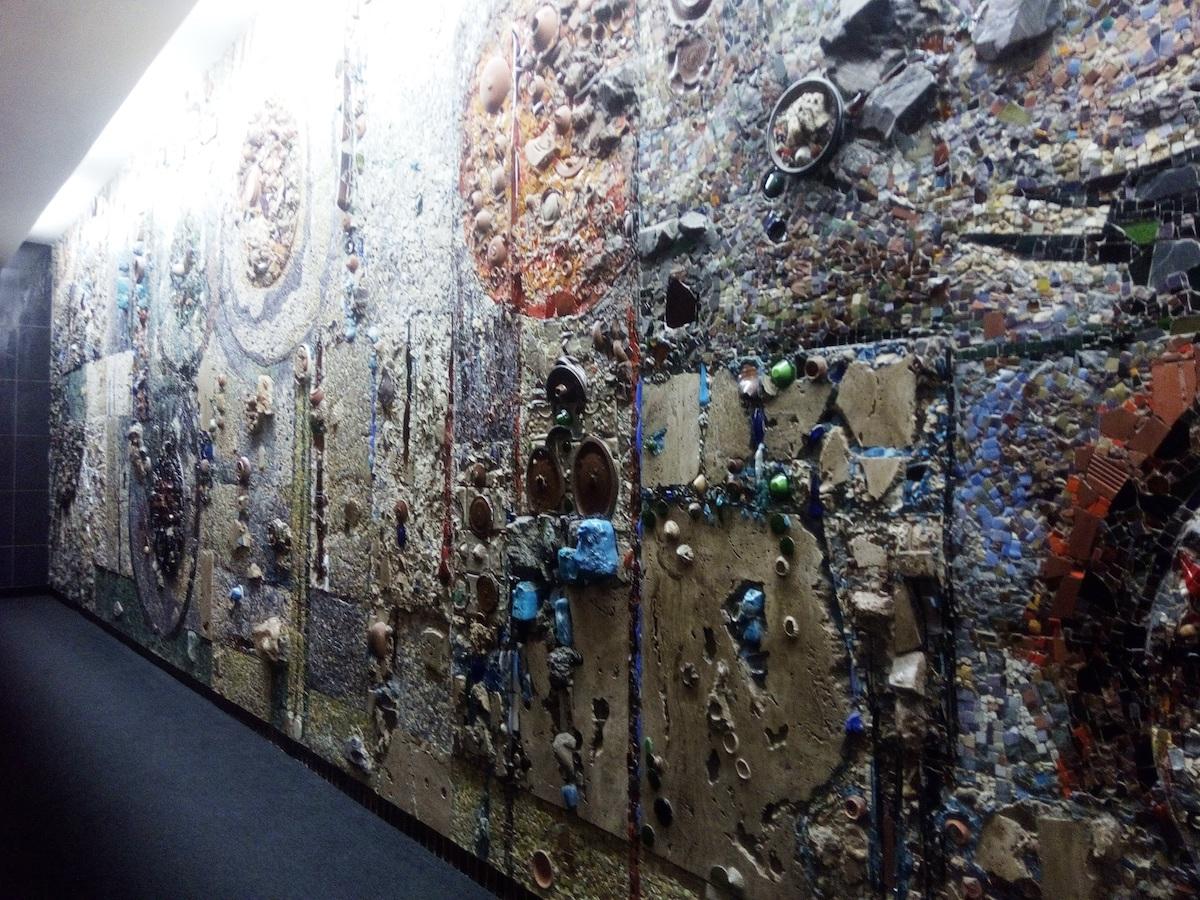 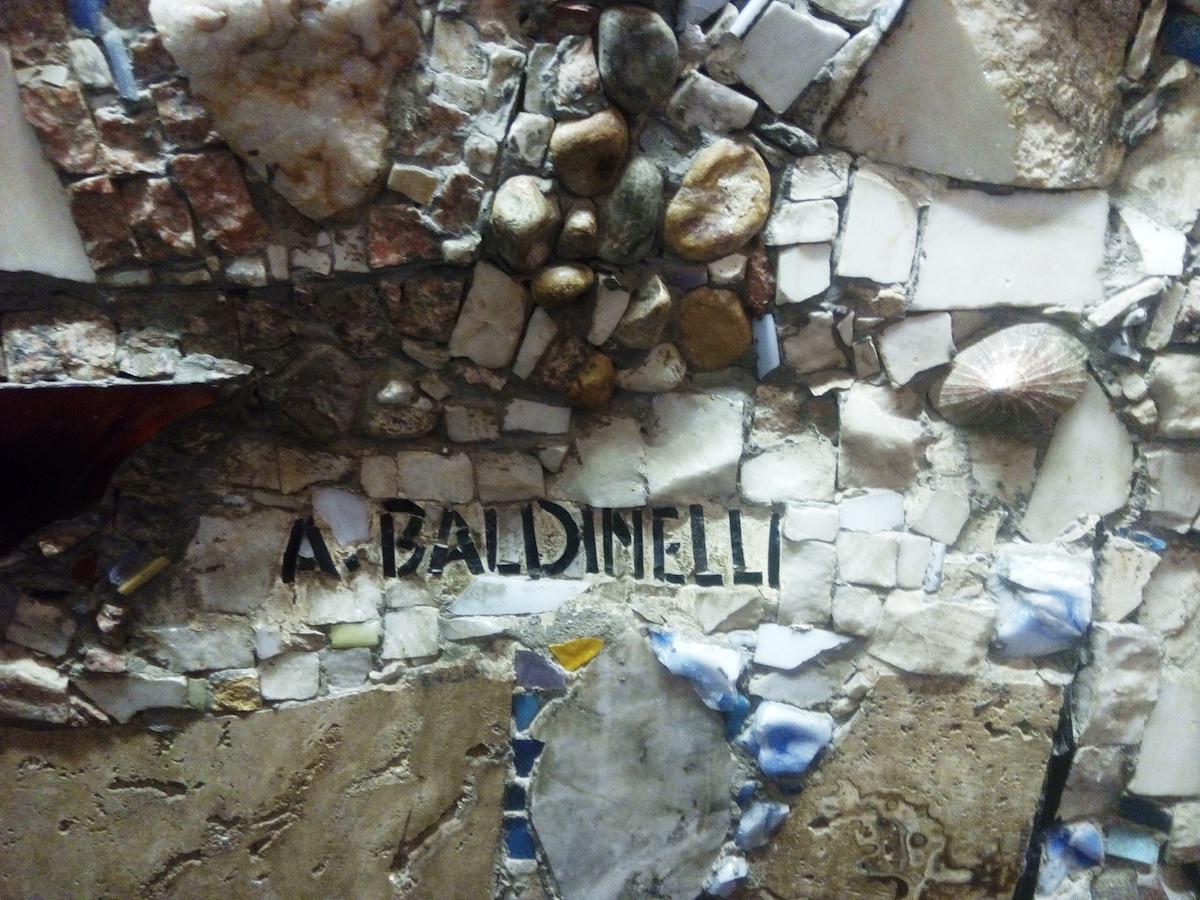 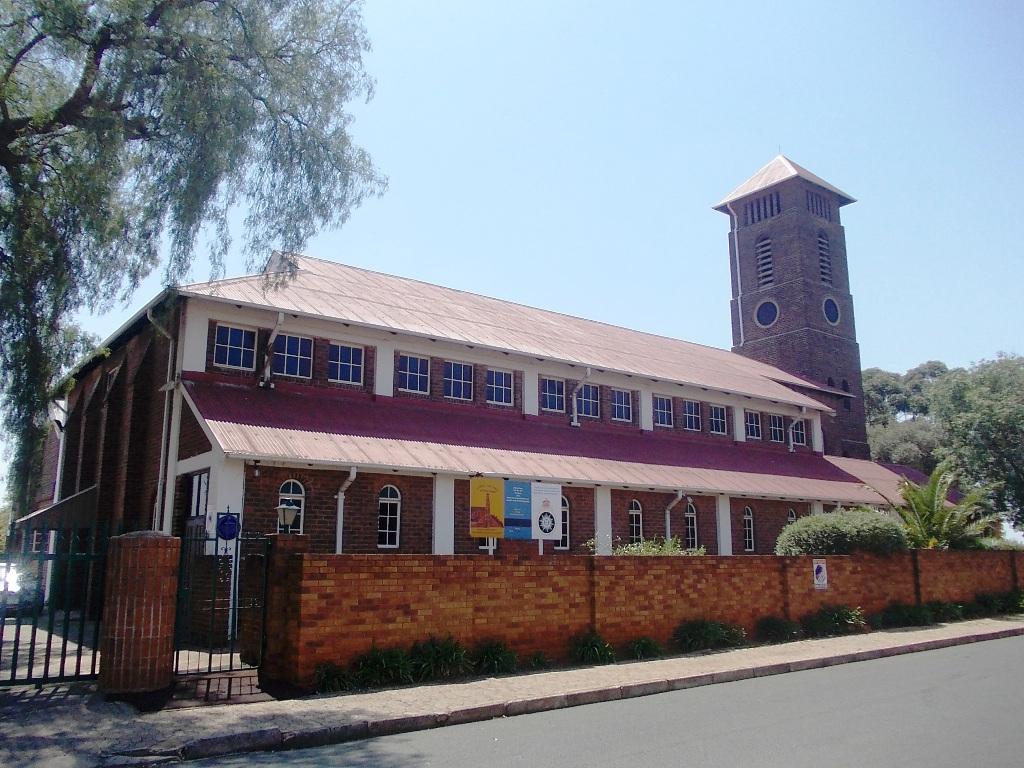 Church of Christ the King (The Heritage Portal)

This little book implicitly raises the question of access to these secret treasures. Surely if the idea is to reveal the secret, then the secret should also be accessible. Why bother to give high profile publicity to a garden (St Christopher) where no address is given and it is only open on one day in the year, a vague some day in October. If this is meant to be a useful guide book there should be a clear address, opening hours and contact details or a website.

Because the authors appear to have done no original research, they also miss critical elements in their stories. One example – the Sons of England World War I Memorial Cross from Patterson Park is shown out of context; the authors fail to explain that Patterson Park is being recreated and that the actual war memorial shrine is currently in the midst of a construction site but is fenced off. The point about this cross is that it came from a specific battle within a battle, namely the Butte de Warlencourt which was part of the Battle of the Somme. It was not only Transvaal men who fought on and for the Butte. Note the 3rd Regiment comprised troops from the Transvaal and Rhodesia but they were not called the Transvaal Regiment. I am irritated when these sort of inaccuracies creep into descriptions. The wooden cross is meaningless unless the history is properly related.

The story about the masterpieces in the Johannesburg Magistrates Court, mentions the Pierneefs but misses the important works by Colin Gill, who came to South Africa to paint these murals and who also contributed one of the large murals in the William Cullen Library at Wits (the three great paintings in the Reading Room would have been on my list of Secret Johannesburg). 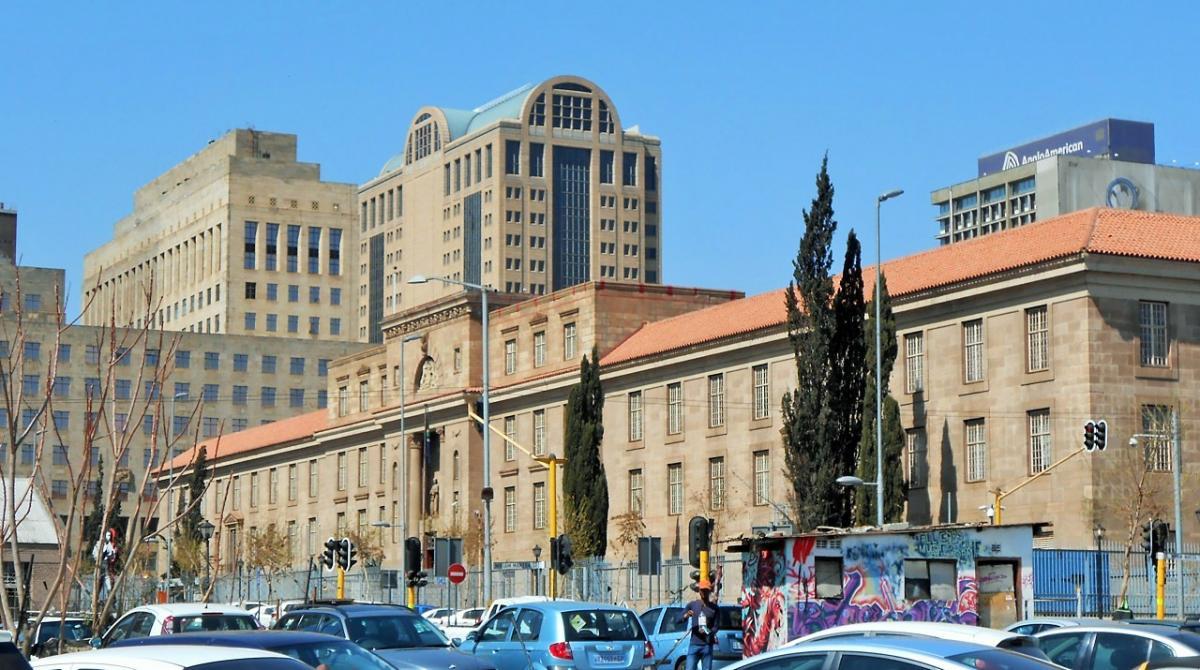 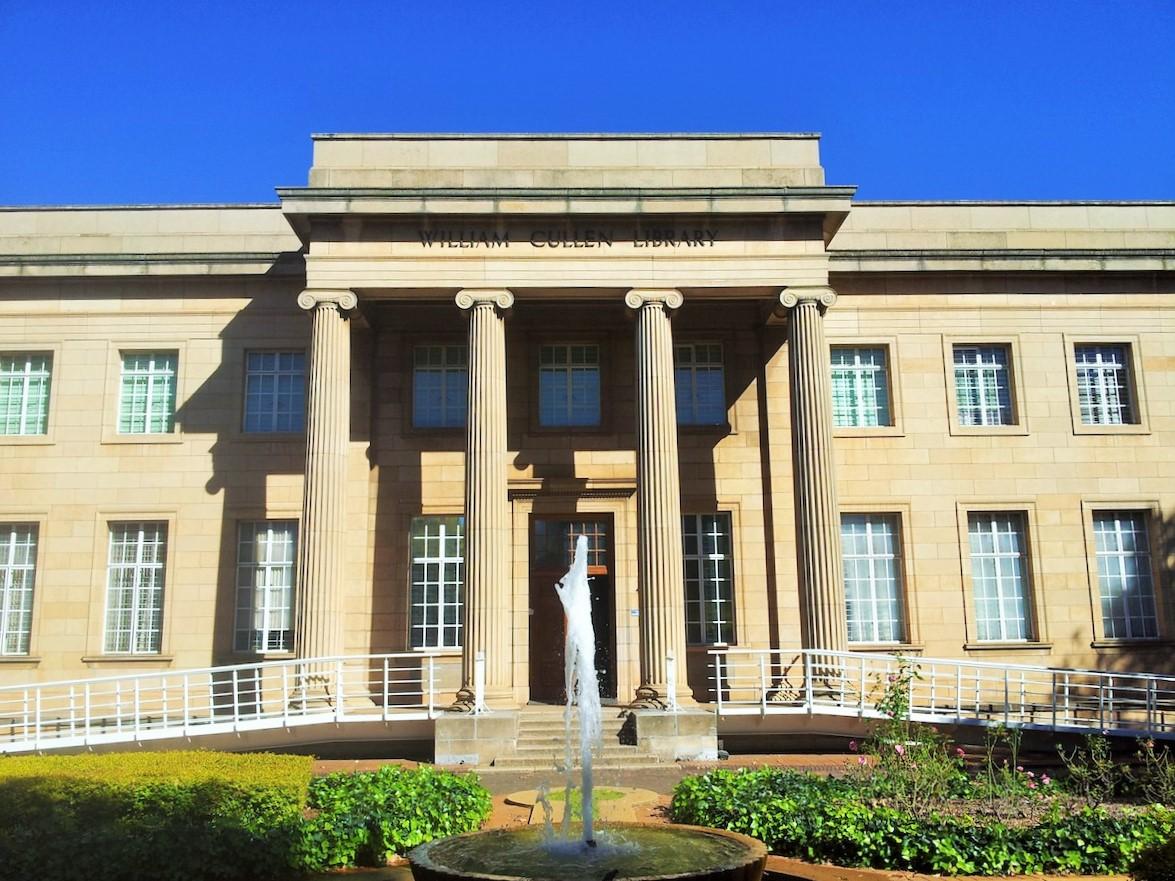 The story on the Bernberg dresses astounds because there is not a dress in sight. Johannesburg actually lost its Bernberg Museum of costume (an offshoot of the Africana Museum) when it demolished the Forest Town home of the Bernbergs. We ought to hang our heads in shame that this heritage treasure disappeared. I once gave a collection of  gloves from my family (inherited by me through three generations) to this museum - well it was never seen again! What a joke to tell us that the collection is comparable to the V&A Collection. Dream on - our fashion history collection is truly hidden. Incidentally the granddaughter of Queen Victoria who may have worn an outfit in the collection, was not Princess Anne but Princess Alice, Countess of Athlone.

The arrangement of the book is not always logical as Fietas is not in Sophiatown, the Parks or in Houghton and the Linksfield home of L Ron Hubbard is hardly in Greater Johannesburg alongside Benoni. Johannesburg has so much to offer that I wondered why places such as Benoni, Heidelberg, Vereeniging and Sharpeville feature in a book on Johannesburg secrets, especially when other choice Johannesburg treasures failed to make the cut.

In summary, this is an attractive addition to a Johannesburg library but it is not without flaws. It is expensive but it is cheerful, bright, colourful and looks good. It is a get up and go and explore guide for the moment; it is also a provocative stimulus to compiling your own list of secrets of the city. It is definitely fun to think about and jot down the hidden gems in your own world.

Thank you to the publisher for supplying a review copy.