Battle of the Books - Monuments of South Africa 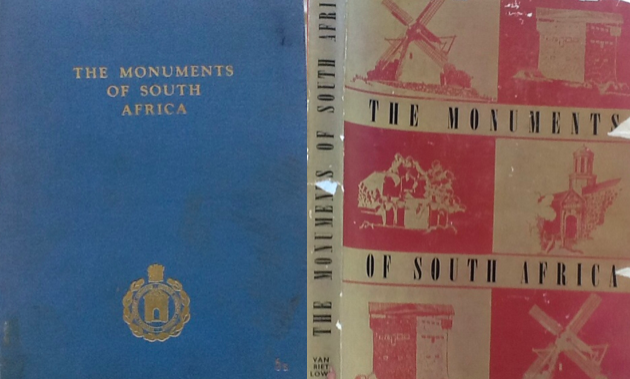 In 1941 the government printer of the Union of South Africa published the book, The Monuments of South Africa, edited by C van Riet Lowe. (174 pages, illustrated) First edition. The first edition is interesting as it included an account of the work of the Commission for the Preservation of Natural and Historical Monuments, relics and antiques during the period 1935 to 1940. The second point of interest is a pasted in map showing the 102 monuments, relics across the then 4 provinces (see image below). There are numerous black and white photographs (there are photos of over 70 of the monuments included in the book). The book includes a  number of schedules: plaques, badges erected, warning notices,  sites fenced, surveys, properties owned, leased or repaired by the Commission.

Monuments in the Union of South Africa Map.jpg 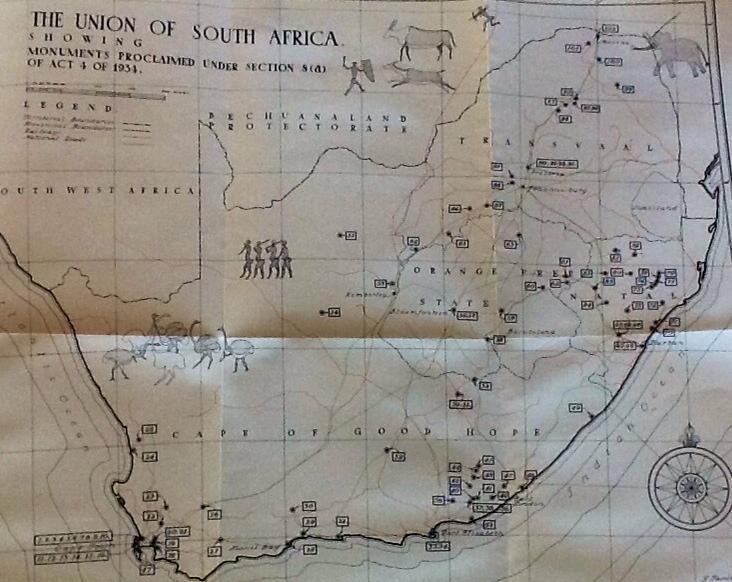 Map of Monuments across the then Four Provinces

The book is a valuable record of the work accomplished in the 1930s. One looks back and realizes a great deal of dedicated and meticulous work was done by the Commission in those early decades and that the breadth of defined memorials and commemorations covered historical buildings, but also trees, bridges, caves, blockhouses, forts, towers, battlefields, rock paintings,  geological sites, pulpits, early locomotives, the first gold mining crushing site, significant ruins.

It was an impressive record of endeavours  by men such as C Graham Botha, Arthur Keppel-Jones, Leo Fouche (all historians ), B D Malan (archaeologist), H B S Cooke (Geology ).  Van Riet Lowe was a member of the Commission and its secretary. The coveted bronze badge of the Commission quickly became an easily recognized logo and even today has almost iconic status. The price of this blue hardcover treasured volume was exactly 5 shillings.

Munro Stars: ***** (5 stars) Pioneering work by foresighted people. This is now their tribute.

2015 Price Guide: Very rare, likely to appear on an antiquarian book auction site, perhaps a reserve of R400, or if lucky spot on a charity book sale.

The Monuments of South Africa.jpg 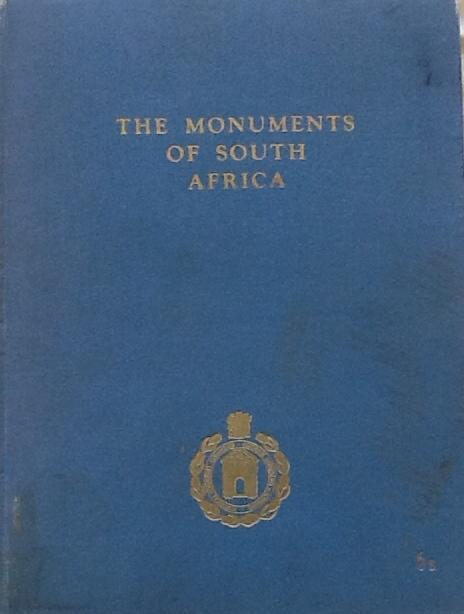 The Monuments of South Africa (second edition). The  enlarged second edition, published in 1949 and edited by van Riet Lowe and B D Malan (illustrated, 179 pages, with dust wrapper), was a more elaborate and more substantial work, covering the same ground as the first edition but updated with the work of the 1940s. The book was designed by the State Information office and printed by the government printer. The end paper is a montage of monuments and historical  buildings. There is a useful historical introduction, this is a record of the work of the commission over a 15 year period. It lacks a map of South Africa,  but includes pictorial maps of each of the four provinces.

Monuments of the Cape of Good Hope.jpg 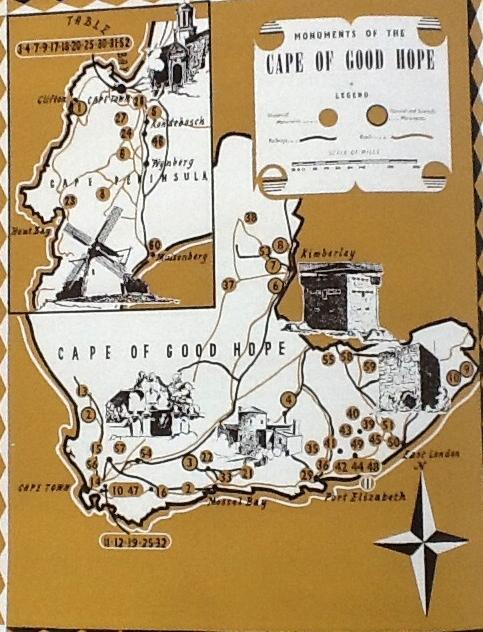 Map of the Monuments of the Cape of Good Hope

The usefulness of this volume lies in the division of monuments into historical monuments and natural cum scientific monuments, so again the range is wide and thinking about what constituted a site that needed proclamation and preservation far sighted  and inclusive.  It is interesting too that the Commission used indigenous languages for making the graves of certain tribal chiefs and honoured kings. There are even more black and white photographs. it is interesting that the the Cape was far better represented in  its monuments recognition than the other three provinces , but heritage work was still in its pioneering phase.  By 1940 the Commission instituted a medal as  gold silver and bronze medals to be awarded for work for the cause of preserving monuments,relics and antiques, and the awards made by 1949 are recorded. I can only salute our predecessors for their selfless labours.

Munro Stars: ***** (5 stars) For sustained effort and as essential works of reference 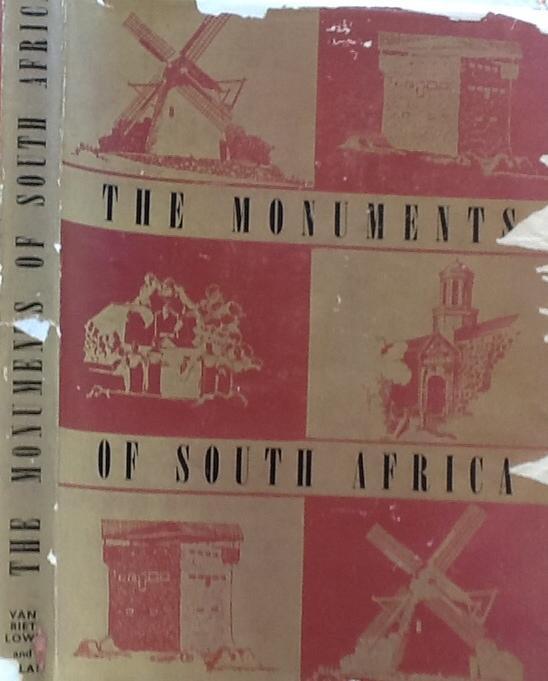