Battle of the Books - Robben Island

Lionel Crook: Island at War. Robben Island 1939 - 1945  edited and published by the Naval Heritage Trust, Simons Town 2013, paperback, illustrated, 344 pages. Robben Island is a place of scenic beauty rich memory and a fascinating history. This "island of seals" is now a world heritage site and museum because it was an island prison during the decades of the 60s, 70s and 80s. For many years black South African liberation fighters and resisters against apartheid were incarcerated. These men led by Nelson Mandela turned the island into a university of life. It was one of those places that seemed both impossibly far from Cape Town and yet touchably close. It is now a major tourist attraction and a visit to Cape Town must include being whisked by hovercraft to Robben Island. Certainly a visit to Robben Island in search of recent history made me interested in the island's history. There are many books of memoirs and reminiscences about Robben Island worth reading.

This particular book is about a slice of earlier less well known but recent Robben Island History, namely the military history of the island in the Second World War and the coastal artillery defence of South Africa. This is a history of a number of different military units operating from Robben Island between 1939 and 1945, such as the Coast Gunners, the Women's Auxiliary Naval Services, and the Seaward Defence Forces. It is surprising to learn that Robben Island was a training centre for anti aircraft gunners and infantrymen and the island needed to be a military base because of the real threat of Japanese invasion. Table Bay could be defended from Robben Island.

The introductory chapters set the context around imperial defence, radar, coastal artillery and significance of the armed battle cruiser. This book is an enormously detailed, full and a rather narrow history of coastal gunnery and more significantly the military men and women who lived worked and were trained on the island in the Second World War. It was a life of uniformed discipline, purpose, energy, and intensely organized effort. The numerous photographs of weapons, ships, people plus diagrams, sketch maps add to the richness and depth of this study. It is a comprehensive military and naval history and authoritative in its research. This study will appeal to military history buffs but the author Lionel Crook, a military man himself, provides an explanatory glossary, a list of abbreviations, a page of nomenclature, a fine bibliography, and full research notes which makes the book far more accessible to the general reader. However it is not the sort of book one can read from cover to cover and the book lacks an introduction and a conclusion reflecting on the overall significance and achievements of all this military effort. What really was the importance of the Cape of Good Hope in the Second World War?

A chapter contributed by Deon Fourie relates his military and naval association with Robben Island in the 1950s. Robben Island was actually re-designated as a ship in 1956, shortly before the island was struck by a tornado, but in 1957 the Nationalist pro apartheid government first realized that Robben Island could be the ideal location for a maximum security prison. Naval training and surveillance could easily be  switched to Simonstown.  In 1961 Robben Island officially became a prison and so it remained until 1997 when the island was transferred to the Department of Arts and Culture. Why that happened is the subject of the next book in this review. This earlier history is important because it documents meticulously a specific and now little known phase of the history of the island.

I particularly liked the cover of the book with its fine aerial photograph of Robben Island, but such a substantial book deserves a hardcover format, better paper, and better reproduced illustrations (all the pictures are in black and white and some are rather grainy). 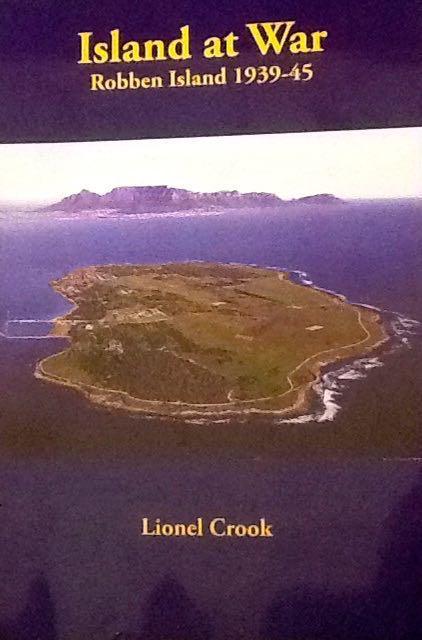 Voices from Robben Island compiled and photographed by Jürgen Schadeberg, published by Ravan Press 1994, 5th impression 2006, paperback 109 pages, illustrated. Jürgen Schadeberg's photographic studies capturing South African life, people and contemporary history are keenly sought after and are highly collectable. Many of his images have become iconic. This book is collectable for a number of reasons.  Firstly,  the photograps are stunning and well reproduced on quality paper. The cover photograph shows the older now free Mandela in that memorable pose, returning to look pensively out onto the world from the cell on Robben Island that was his prison for 18 years. Secondly this book tells a compelling story. It captures the voices of Robben Island's key political prisoners, their wives and their jailers from the 1960s to the 1980s in interview extracts. Schadeberg's portrait photographs capture character and that human essence that made the men who fought for and sustained their principles such remarkable people.

The voices we hear are those of Nelson Mandela, Andrew Mlangeni, Walter Sisulu, Govan Mbeki, Tokyo Sexwale, Steve Tshwete, Ahmed Kathrada, Patrick 'Terror' Lekota, Kwedi Mkalipi, Neville Alexander, Eddie Daniels, Mac Maharaj, Jacob Zuma, Sifiso Buthelezi and Andrew Mapheto. So many survived to become political leaders post 1994. The common thread was that these men who endured hardship and cruelty sustained their values, formed a community, hungered for knowledge and remarkably carried away positive memories and lessons from the tragedy of the sacrifice of their freedom. Including the voices of three jailers and three wives broadens the experience of being incarcerated through the long years.

This is a book about the triumph of the human spirit. Surprisingly there is no bitterness in their stories, despite the length of sentences imposed. A brief introductory history of the island was written by Nigel Penn and Harriet Deacon and here the military and naval dimension is given a mere sentence. The book includes a photo essay of the return of Albertina and Walter Sisulu to the island in 1993 , together with a short essay and photographs of the historic return visit of Nelson Mandela to the island in 1994.  Charlene Smith contributed a section of the history of attempted escapes from Robben Island. The final section is Mary Benson's dramatized documentary on Robben Island (Benson is remembered as an early biographer of Mandela).

The unifying theme of the book is the history of Robben Island seen through the prism of incarceration and exile. The value of the book lies in Schadeberg's beautiful frozen sepia toned images.  The irony in history is that today Robben Island is a world heritage site, a place of pilgrimage and a tourist magnet where yearly thousands of visitors arrive to pay homage and remember the few whose sacrifice was so immense. The fact that this book has been republished several times attests to its collectibility and importance. 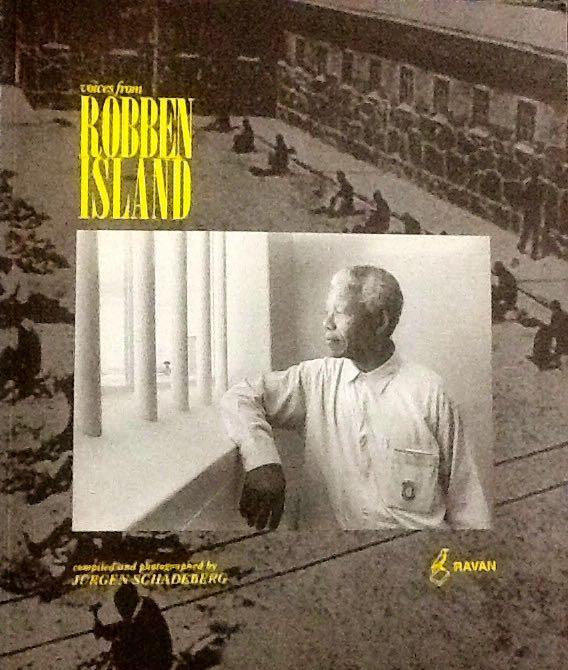 Both books tell totally different but equally fascinating stories about this small island, the island of seals, bitter wind and a lime quarry. Each focuses on completely different decades. One book concentrates on the naval and military role of the island and the other tells the story of the island as a prison. The only connection between the two books is the island itself. We all have that dream of life on a "desert island" but there is a very different reality in island military organization and political incarceration. For anyone wanting to gain an understanding of why Zuma should consider the Nkandla homestead to be his just reward or why Johannesburg Street names now remember the men and women who gave all for political change should read about Robben Island.