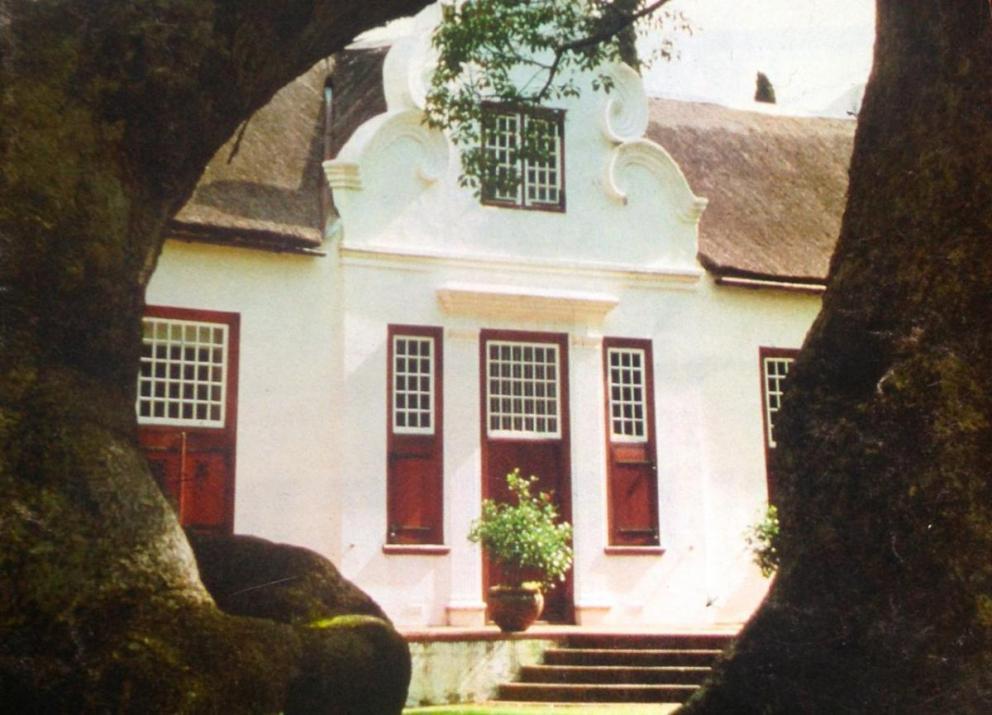 This is the final installment of the special series 'The Story of Vergelegen'. It looks at the restoration undertaken by Anglo American Farms in the early 1990s and mentions a few of the illustrious guests that have visited the estate over the years. The series was based on an article compiled by Wilma de Bruin, editor of Restorica, in 1994. Once again we thank the University of Pretoria and the Heritage Association of South Africa for giving us permission to publish. Click here to start at Part 1.

The purchasing of Vergelegen by Amfarms in 1987 was welcomed by conservationists and environmentalists alike, as Amfarm’s objective was, and still is, to farm the estate and thus preserve this rural jewel for posterity.

In 1988 the Cape Town architects Rennie and Goddard were appointed to advise on redevelopment and restoration, in particular on the core historic area and major buildings. Systematic measuring up of all the fabric was undertaken immediately and dovetailed with a full cadastral survey. Extensive research and planning followed and restoration and adaptation occurred mainly during 1991 and 1992. 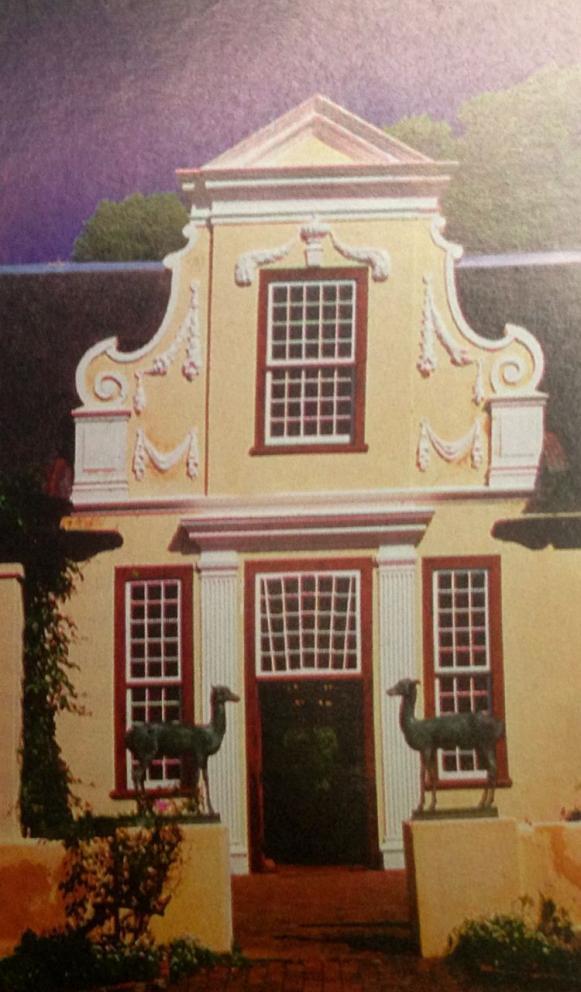 The substantial and historically remarkable 1920s remodelling by Percy Walgate had survived relatively unscathed with minor intrusive departures amidst the overgrowth, natural wear and tear of seventy years and the marks of changing ownership.

During the restoration, archaeological findings focused on the Van der Stel records revealed most intriguing and extensive subsurface remains of the notoriously extravagant outbuildings beyond the central house. The more apparent features of the Arts and Crafts Walgate work on the latter strongly indicated architectural conservation worthiness. All the thatched roofs were systematically stripped, repaired and redone with Albertinia reed. Various loft  spaces were given “brandsolder” fire cutoff layers. Complete redecoration occurred throughout with colour and finish consistent with findings on site or of the period.

Paint scrapes showed that the interior of the main house had been replastered in the 1920s. Significant traces of old finishes were, however, located and recorded for the time being as their extent did not appear to warrant exposure.

Much attention was given to the Walgate cottage work and to the wings flanking the house. The northern bedroom wing, which already had a boarded but little used attic, was re-planned to provide well appointed guest suites with bathrooms reusing the period fixtures retrieved on site. 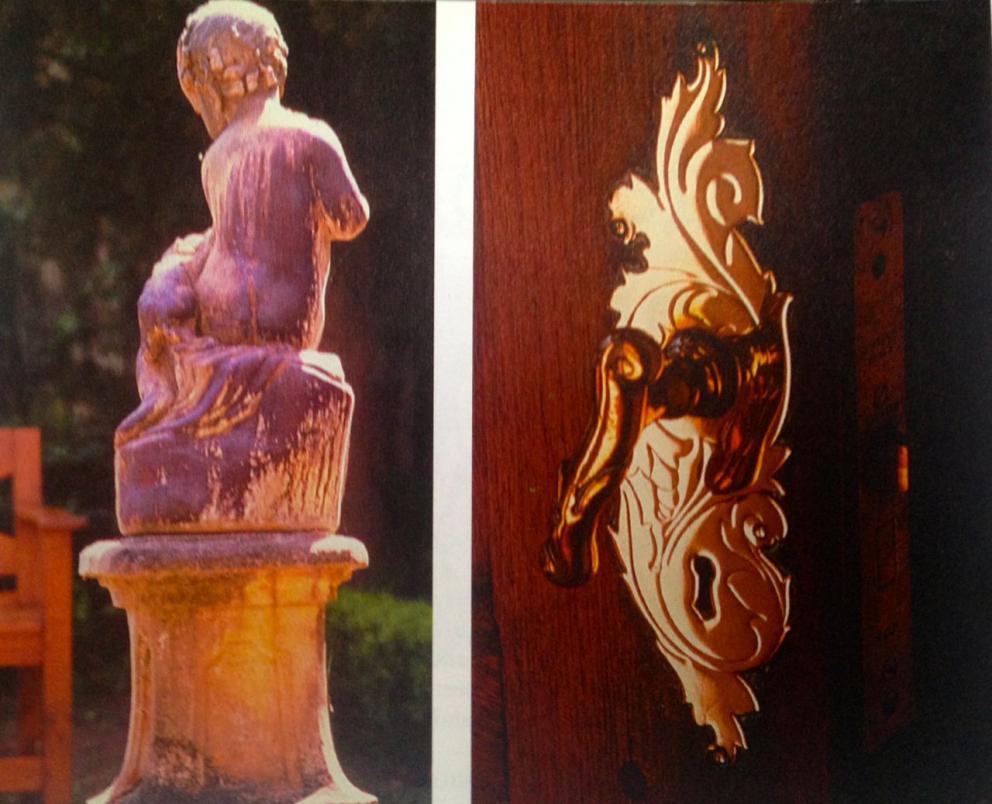 The guest suites are used to continue the tradition at Vergelegen over its long history of providing hospitality for some of the Cape’s most illustrious visitors including Baron Eric de Rothschild of Chateau Lafite, Prince Bernard of the Netherlands, Sir Edmund Hillary, Lord Sainsbury and President Nelson Mandela, who was most interested in the historic camphor trees and requested that he be photographed next to one of the trees.

On the southern side modernised kitchen spaces and caretaker accommodation were integrated to cater for new usage. The nearby chauffeur’s and garden cottages were also renovated similarly for present day needs and the old Phillip’s cellar library gained modest toilets and a kitchenette. The relatively recent stable complex was also liberally extended to provide vitally necessary visitor reception spaces for the opening of the estate to the general public.

The setting was enhanced by the removal on the west of a modern concrete walled enclosure which competed with the octagonal garden. Several elderly lengths of the latter were notched and jacked upright before plastering.

The octagon also received a decorative wrought iron pergola and various railings and entry doors and gates. Numerous other touches and adjustment to features occurred.

Much of the conservation work done, remains camouflaged beneath the surface being judiciously introduced to conform and rejuvenate.

To blend into the landscape of Vergelegen and to link it to the homestead garden, architects Associes of Paris designed the winery on a principally octagonal plan. Typical Cape features like a white exterior, farmyard walls, small-paned windows and doors of dark wood, are carefully woven into the classically based international design.

As far as the eye can see, Vergelegen Estate gives tremendous pleasure: its historic camphor trees and octagonal garden, the stately homestead, and the fertile valley where the fruit trees, vegetables and fine grapes grow. The added ingredient is the 20th century technological expertise which harnesses the land and produces exceptional crops. The heritage remains inexorably rooted in the estate.

Vergelegen Estate has developed a unique culture during its long history. It is embodied in physical properties, in its people and the more aesthetic traditions handed down over the last three hundred years. Amfarms has taken cognisance of all these fine qualities in its programme for the future of Vergelegen.

It is indeed a rare place where the visitor can begin a progressive discovery into a world that harmonises past and present, where an air of dreaminess pervades, and where synergy between man and his bountiful environment is accomplished.

Octagon Garden ambulatory pergola before and after redesign - Restorica 1994.jpg 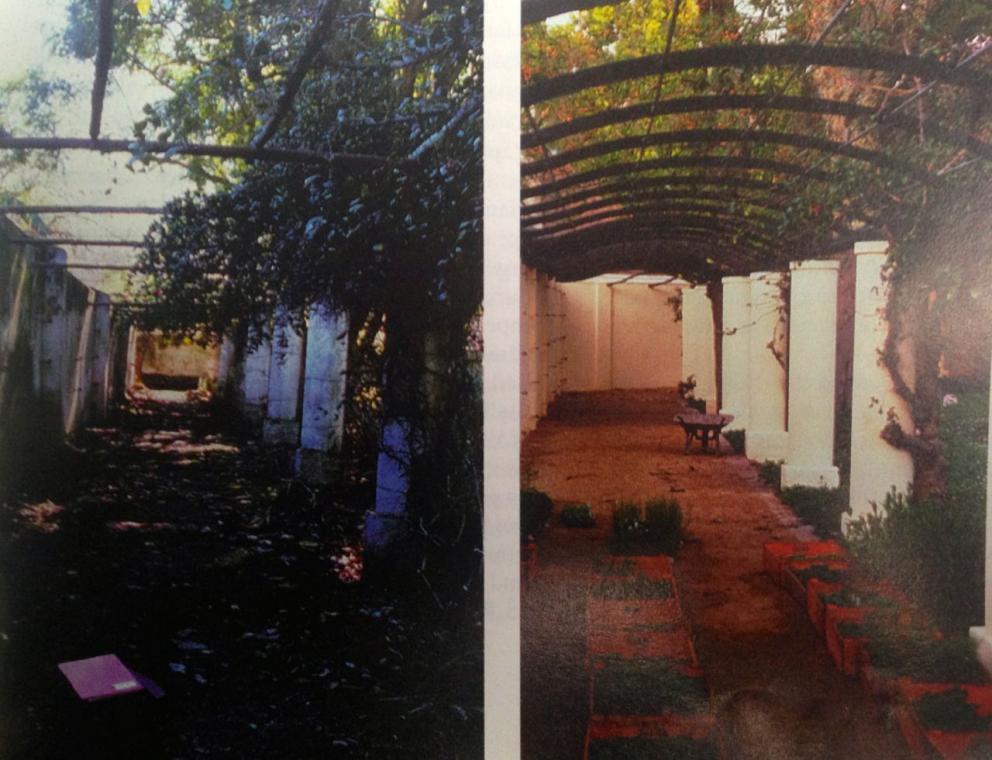