A Short History of the Mulberry Tree 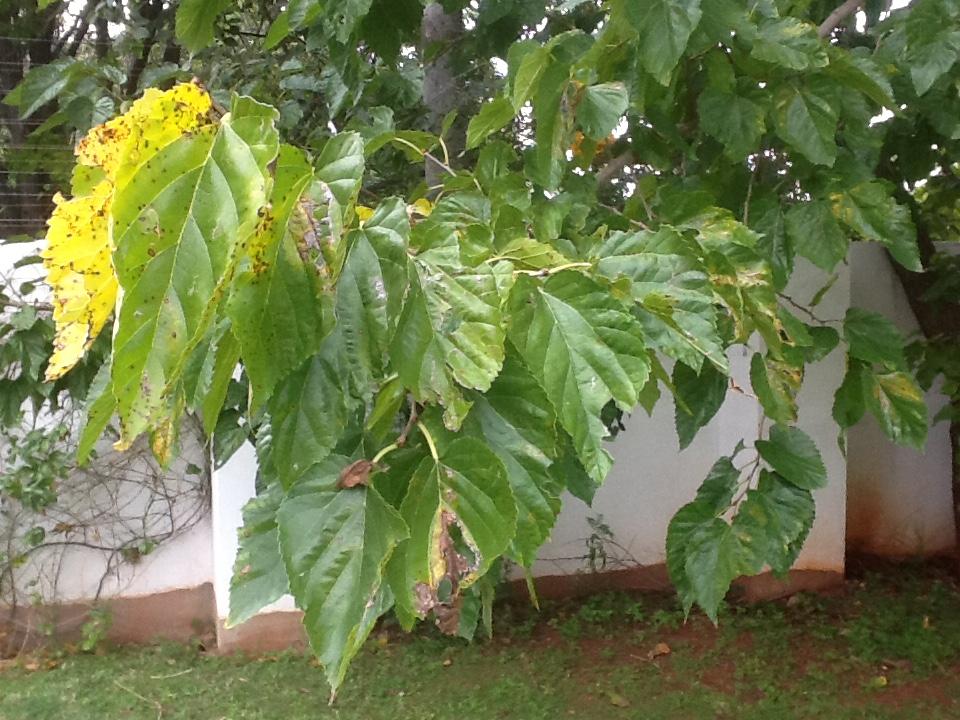 We have two mulberry trees in our garden but I shall concentrate on one. The fact that the are two mulberry trees is an early indication that the mulberry tree readily seeds, saplings shoot and a new tree roots itself. Officially the mulberry belongs to the Moraceae family. It is a deciduous tree and the berries are classified as a fruit. The mulberry is not an indigenous tree in South Africa; there are many varieties of mulberry and the chief one is the white mulberry of China (which is what you are likely to find in Johannesburg Gardens). This is called the Morus Alba and although the berries purple, in unripened state the berries are white (hence Alba). 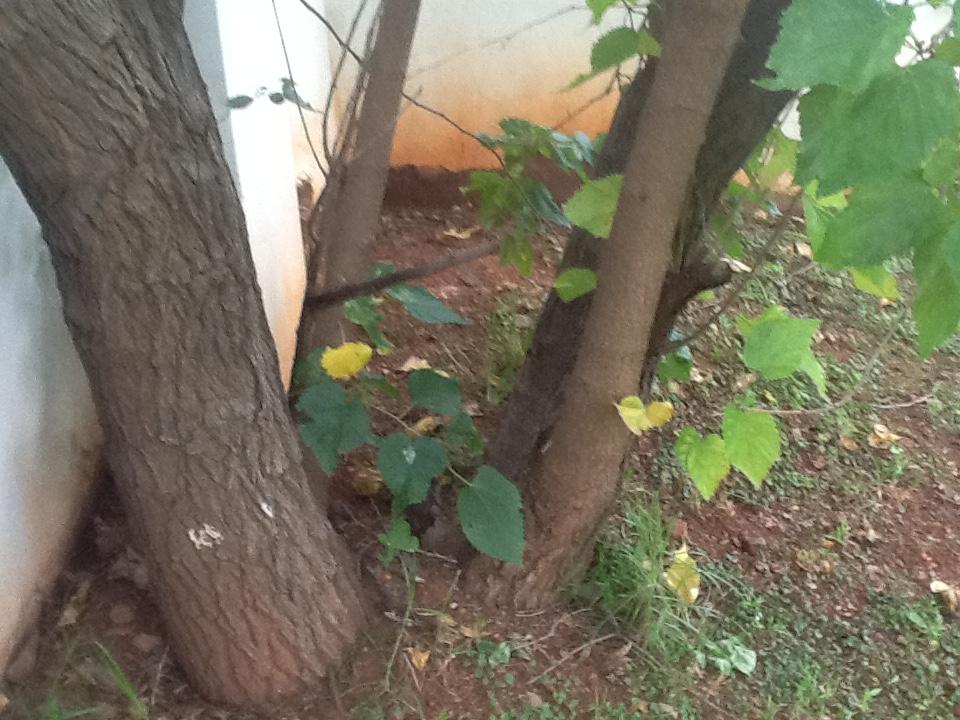 The trunk of the Mulberry Tree

My chosen mulberry tree sits in the opposite corner of our stand in Observatory Extension. By opposite I mean that it is a boundary marker. It's a large spreading tree, possibly (and I guess here) about 10 or 12 meters in height. At this time of the year, the season of the berry (the luscious purple fruit) is over and the large distinctive leaves are turning a lemony yellow.

The leaves are serrated. My online research (environment.gov.za) informs us that the mulberry is regarded as an invasive species and is classified as a weed in South Africa. It fits into category 3 on the list of "we really don't want you around" plant. I don't really understand this classification as I would have thought that a tree that is as useful and with so much potential as the mulberry cannot be "a weed". The fruit is an excellent food, a natural source of Vitamin C. I read online that many hate the purple slush of the decaying mulberries, complain about the roots displacing paving stones, not to forget the children's millions of silkworms and their eggs in storage beneath beds. I am sure many is the parent who has quietly popped said exponential quantities of silk worm eggs into the oven and then profess innocence to their offspring. 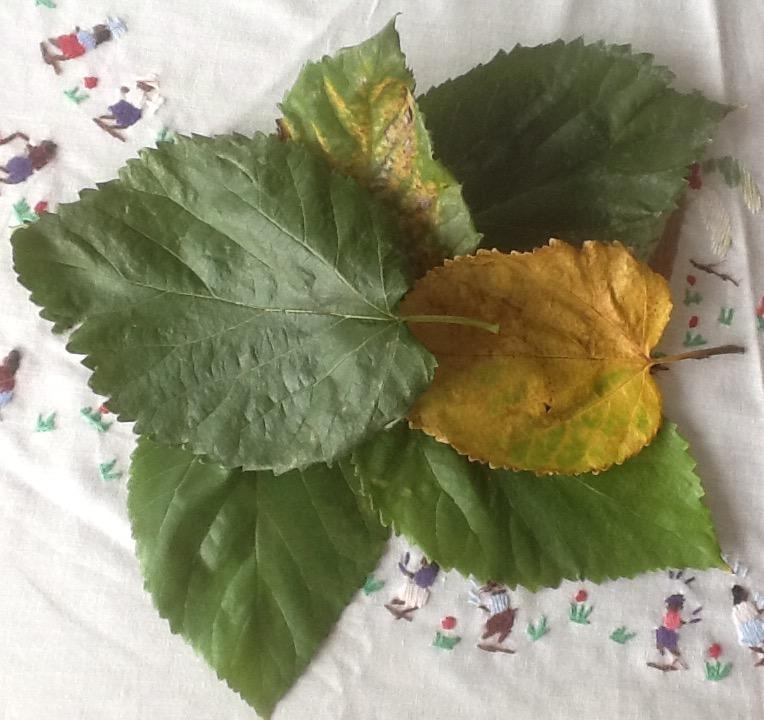 I am going to give you a different take on the mulberry. This is one of my favourite trees. My association with the mulberry goes back to my childhood. My Aunt Dot, who lived in Kew, (then a very rural suburb a stone's throw from Alexandra) had the biggest, best and most productive mulberry tree in Johannesburg. Of that I was totally convinced when the mulberries ripened and tree dripped those luscious purple, sweet berries. The entire family was enlisted to harvest baskets of berries and during the next week the kitchen became a jam factory with steaming cauldrons of sugar saturated berries bubbling on the gas stove. Glass bottles saved and recycled, were sterilized in the oven and we were treated to purple jam for school sandwiches; in fact enough jam to last several years and not just until the next harvest. My mother lived in a home economy cocoon big time! These days I have not seen home made mulberry jam for years. I did try jam making in my own kitchen a couple of times but calculated that a bought bottle of jam was a far more economical purchase! Memories of my mother's mulberry jam bring back the smell, the aroma of sticky sweet cooking mulberries. My mother in law, on the other hand was an expert home wine maker and she experimented with making mulberry wine and mulberry liqours which my husband says there was nothing smoother on the pallet and down the gullet!

Another reason I learned to appreciate the mulberry was because the leaves fed my silkworms. We scoured the neighbourhood for mulberry trees to steal those green leaves, layer a shoe box and grow the home based silk worm farm. Who remembers the school play ground trade in silkworms? Small yellow cardboard cigarette boxes and matchboxes were perfect for selling the silkworms to your school friend customers. What was the price? 5 for a penny. I think I had my first lessons in supply, demand and price with the home silk worm factory and how timing in this market was everything. We started with the eggs and watched delightedly as tiny silkworms were hatched, hundreds of them, then came the growing season as the worms became fat and creepy. I remember we differentiated between the off white worms and the tiger stripe ones. Actually they were not worms but caterpillars. Their appetites were voracious and silk work culture taught children to be responsible. You had to find the mulberry leaves to keep your worms healthy. Silkworms shed their skin about four times in six weeks. 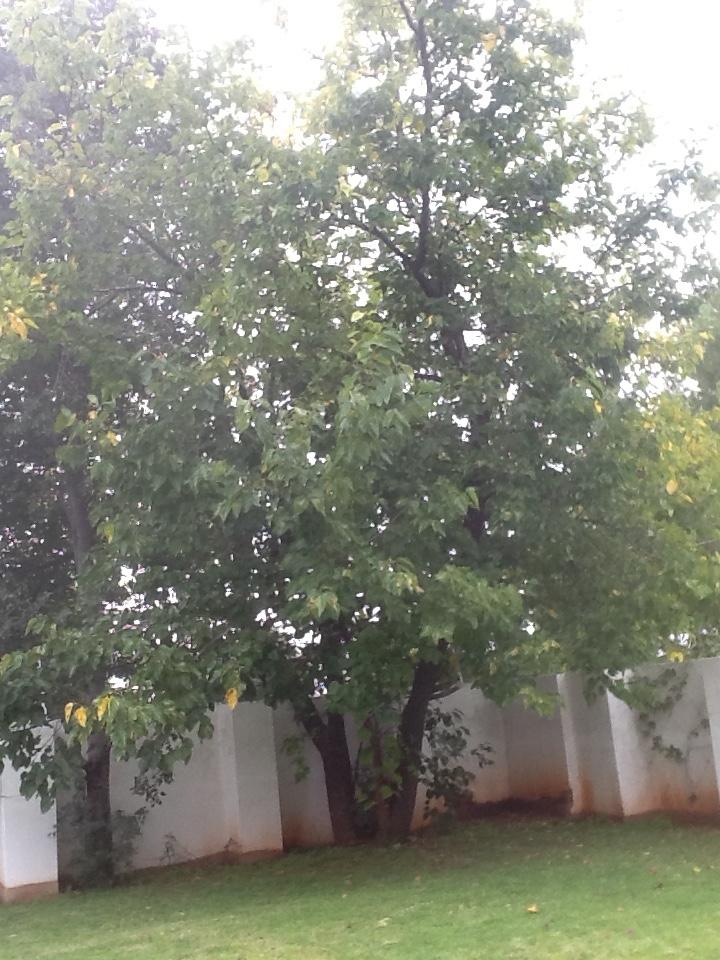 One day the silkworm began to exude fibre or fibroin to form the cocoon, to wrap round itself and envelop the worm. The cocoon is a wonder of nature as the fibre is wound around the worm in an ingenious twisted manner. It's a single operation and a cocoon will yield a silk thread of 500 to 1300 yards.

Mulberry leaves produced yellow cocoons but you could also ensure green cocoons with a lettuce diet. The marvel was that the silk worm spun a continuous thread until the cocoon was completed. It took about three days for the cocoon to be completed. The cocoon of the silk worm was the all important component as the silkworm had justified his existence with the production of the all important silk yarn. There follows a period of hibernation and within the cocoon a moth or imago is formed. The moth emerges from the cocoon and the female lays her eggs and then dies.

A small book in my library by L Hooper, dating from the 1920s, with the title Silk: Its production and manufacture is rich in information. 500 trees will grow on an acre of ground, each tree will yield 20 to 30 lbs of leaves in a season and 20lbs of leaves will feed a hundred silkworms; these 100 silkworms will produce cocoons which weigh about a pound and from that between one and a half and two ounces of the best silk can be reeled. An 18th century author (unknown, published in 1733) is the source of thie following quote: "The little worms are to be laid on clean paper... And they are fed with clean young and dry mulberry leaves" (p 28, Hooper).

The book Chinese Silk: A Cultural History  is a lovely book on the history of the Chinese silk industry and the magnificent silks, gold brocades and tapestries revealing the wealth and riches of Chinese civilization. Such fabrics dating back hundreds of years and some surviving only as fragments have become collectable treasures. 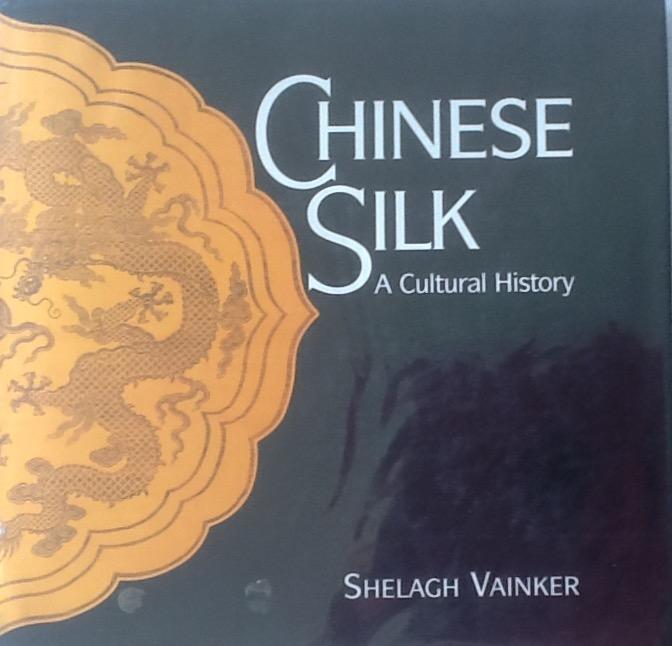 As a child I thought this was the most wonderful miracle and I still hold that view. The early industrial economies of China and the start of the textile industry of Japan all started with the silkworm, moth, the Bombyx Mori, and it was so named because the caterpillar or silkworm feeds on the Morus Alba or Chinese white mulberry. I was fascinated by silk and the silkworm and the link to our mulberry trees from the time I was a child. I did not really like the moth stage but knew that if I wanted an exponentially expanded quantity of silkworms the next year, I had to store the eggs and ensure that my mother's spring cleaning did not result in a clear out.

Hence the silk industry of Japan and China and India, Italy and England was all a product of the domestication of the Bombyx Mori. I end with three questions: Why has no attempt been made to forge a silk industry in Southern Africa? Has anyone ever tried to turn childhood silkworm culture into sericulture? Why is the mulberry a weed? 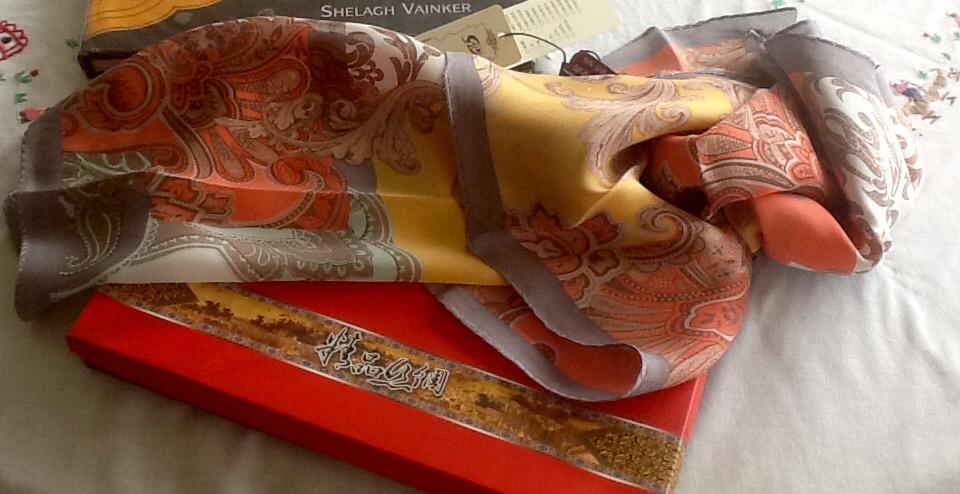 A beautiful silk scarf from China. A recent gift in my wardrobe.