The Royal Visit to Queenstown 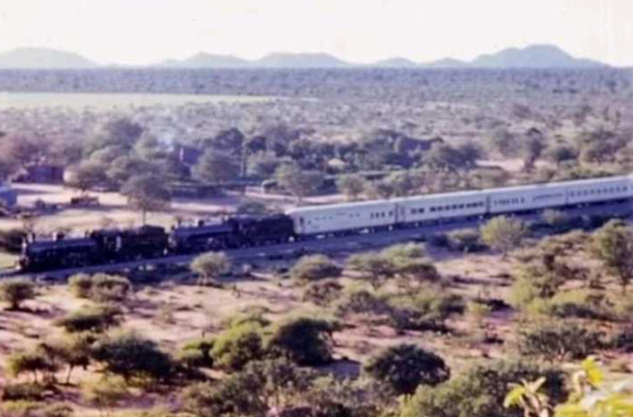 The British Royal Family, His Majesty King George VI, Her Majesty Queen Elizabeth, accompanied by Princess Elizabeth and Princess Margaret, visited South Africa in the year 1947. At the time South Africa was known as the Union of South Africa and was a member of the Royal Commonwealth. After a turbulent Second World War had just ended, countries celebrated, looking for new futures filled with positivity and excitement. It was with this spirit in mind that the South African Government engaged in discussions with the British Government. After much speculation and long liaisons, the invitation to visit South Africa was extended to the most famous royal family in the world, a family that so many South Africans had admired, for so many years. The Monarchy happily accepted this invitation, bringing South Africans the opportunity to meet them in real life. 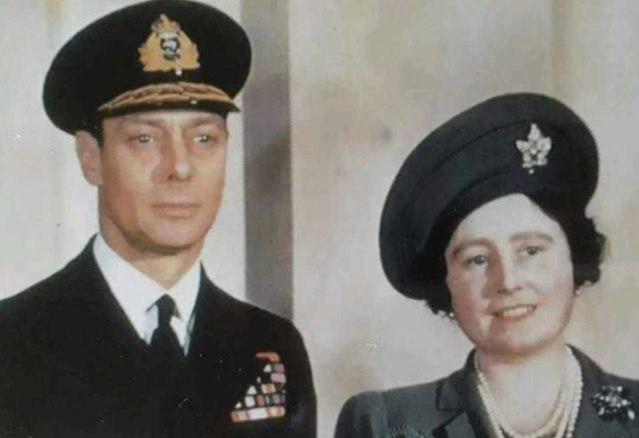 Amidst much exitement, preparations got underway as South Africa braced itself for a visit of a lifetime. It was decided that the visit would be in the form of a train journey throughout the country, with one hour stops in most of South Africa's main cities, as well as many of its country towns. This would give the Royal Family exposure to much of our land and the opportunity to meet as many South African citizens as possible.

Painting of two locomotives leading the White Train on the section between Cathcart and Queenstown - 6 March 1947.png 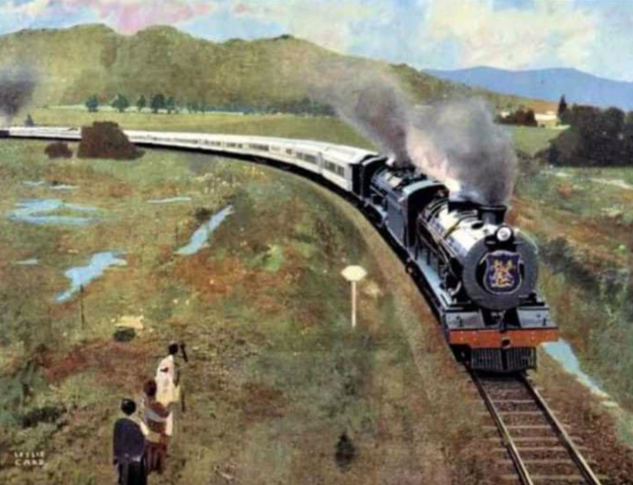 A special White Train with all its luxury trappings was built and a crew of drivers, royal aides and security selected. Thousands of mini Union Jack flags (the English flag) were dispatched to cities and towns across South Africa and their municipalities informed of the Monarchy's arrival and departure dates and times.

Arrival of the Royal White Train at the Queenstown Station - 6 March 1947 via DRISA.jpeg 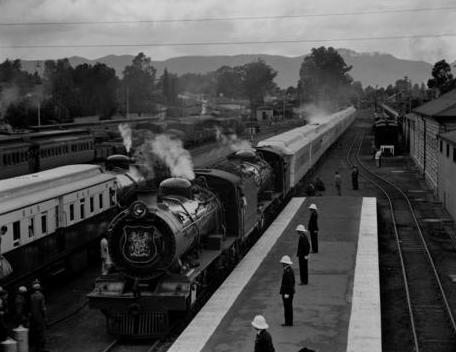 Arrival of the train in Queenstown (DRISA)

Queen Elizabeth and King George VI wave from the White Train to a crowd in Cape Town during the 1947 Royal Tour of South Africa.png 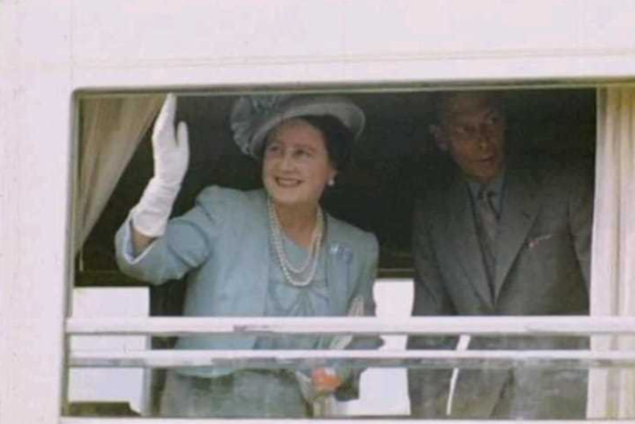 Queenstown was one of the lucky towns to be visited! A town with special significance because it was named after Her Majesty Queen Victoria. Its suburbs and streets were named after royal castles and estates in London and other areas in Britain, eg: Windsor, Balmoral, Victoria and Sandringham. This visit involved months of planning including the preparation of the Hexagon, which is Queenstown's centre and heartbeat complete with its sparkling fountain. It was planted with flowers as were many of the street islands throughout the town. The Station, Victoria Recreation Ground and Town Hall were decorated in red, white and blue, the colours of the Union Jack. The town would be filled to capacity with people arriving from many outlying farming areas as well, to witness and be part of this very special event. 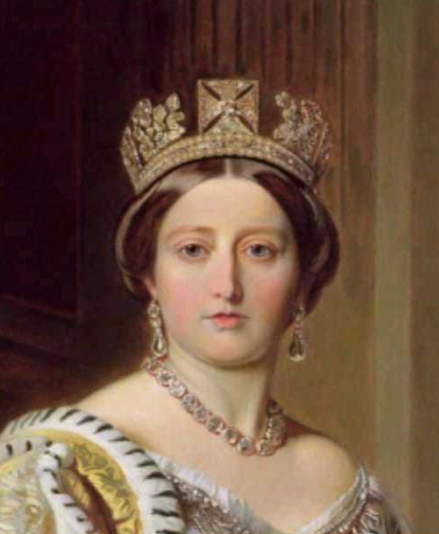 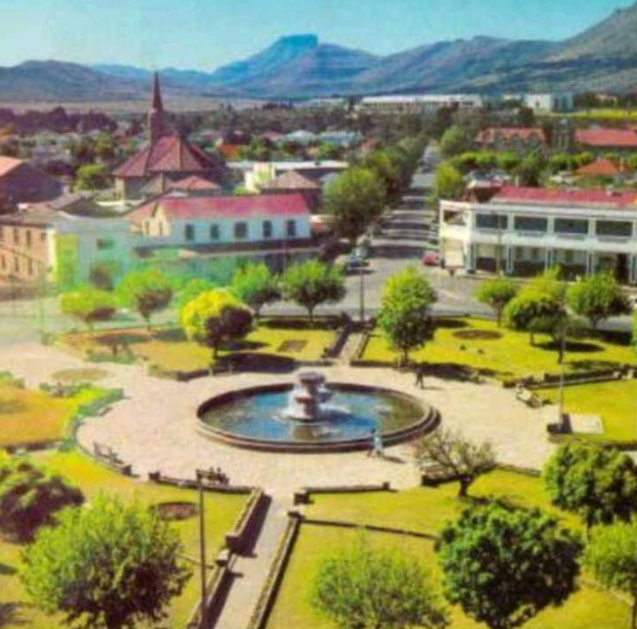 Finally the day dawned - 6 March 1947. It broke as a clear and sunny morning and at 09h30, the shrill sound of the White Train's whistle could be heard in the distance, announcing the arrival of the Royal Family. First to disembark were members of security, who were greeted by station staff, afterwhich the royal carriage door opened. First to step out onto the red carpet was His Majesty King George VI, who looked very distinguished wearing a pinstripe suit. He was followed by Her Majesty Queen Elizabeth, Princess Elizabeth and Princess Margaret. They all looked beautiful in their outfits, designed by Sir Norman Hartnell, exclusive designer to the Royal Family. The Queen wore a floral dress and jacket ensemble supplemented by white accessories. The two Princesses each wearing dresses in a different shade of pastel. The Royal Party were met by his Worship the Mayor, Mr Howard Glover, and Mrs Glover, the Member of the Provincial Council, Mr Warren Fincham, and Mrs Fincham, as well as the Magistrate, Mr J Phillips, and Mrs Phillips. Queenstown's Mayoral couple, Mr and Mrs Glover, looking every bit the part, he wearing the gold chain embossed with the town's emblem.

Then with ribbons and curls and special frocks made for the occasion, three lovely young ladies, Miss Wendy Glover, Miss Christine Kruger and Miss Patricia Shannan, each in turn presented the Queen and two Princesses with floral bouquets, consisting predominantly of roses. 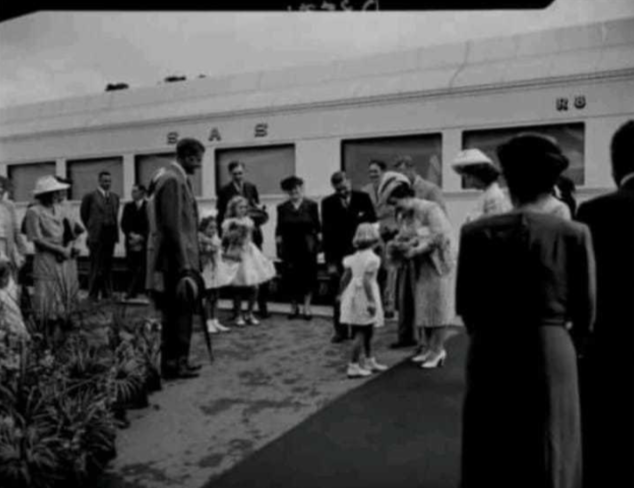 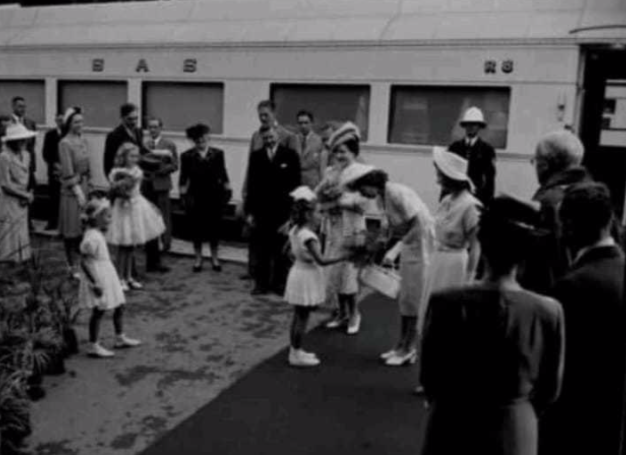 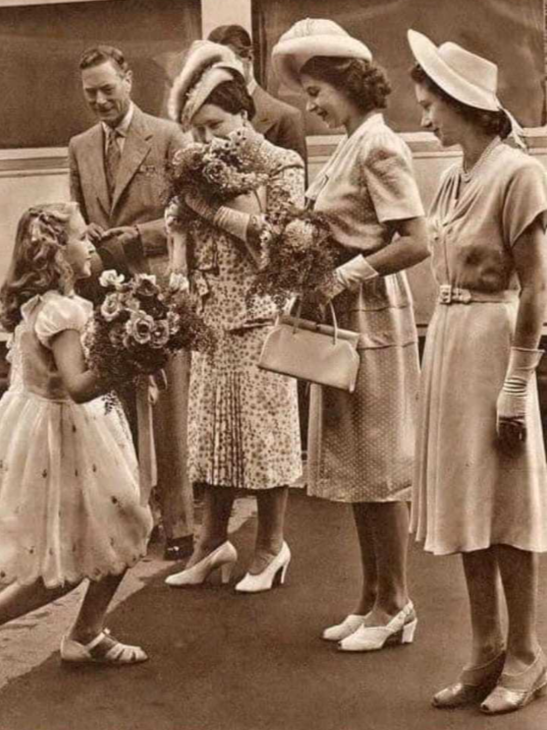 After much handshaking, bowing and curtsying, the Royal Family were introduced to Ms Ruth Lock and then shown the Ruth Lock Shell Art Collection which was in cabinets on the platform. This was a fascinating and very unique art form, making it a tourist attraction for Queenstown. Security then led the Royal Family and councillors out of the station building and into the forecourt where they stepped into a waiting, shiney black open Daimler. 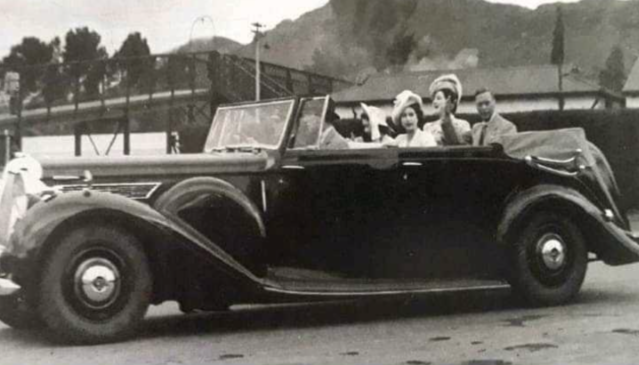 Renowned farmer, Mr Kenneth Shuman, was given the great honour of leading the procession. He looked very gallant in full military uniform, astride his magnificent horse Alfred, and carrying the Union Flag. Following the royal vehicle were eight members of the Border Gymkhana Club. With everything in place, the procession set off amidst plenty of cheering and waving from many bystanders along the way. The procession moved from the station to the Victoria Recreation Ground where the ceremony was to take place. Here, a packed recreation ground with many school children awaited the royal sighting. The procession was met by loud cries of well wishing and a sea of people waving their mini flags. 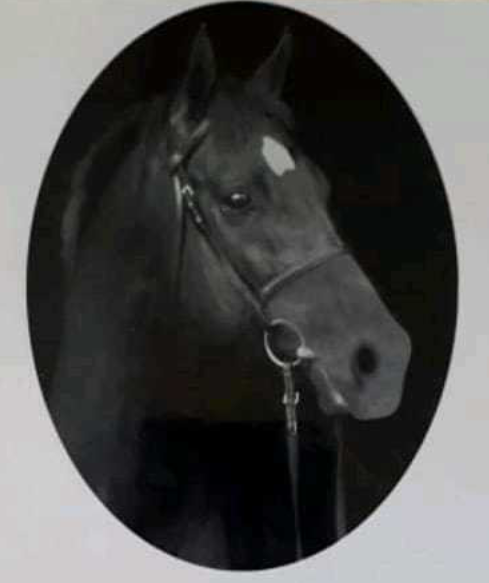 The Queenstown Guard of Honour came to attention as the King exchanged the Royal Salute. The Queen's College Boys' Brass Band struck up the first notes of the National Anthem God Save The King, as everyone burst into song. The King then proceeded to inspect the Queenstown Guard of Honour. With the  Royal Family seated on the podium, the Mayor, Mr Glover, welcomed the Royal Family to South Africa and especially to Queenstown. The King then addressed a crowd of mixed race.

As a finale, the municipality decided to turn the second leg of the procession into something special, something that hopefully would give the Royal Family a taste of Queenstown. The route taken by the procession led past the town's historical buildings and landmarks, Frost street, Peacocke street, Grey street, Griffith street, Cathcart road, the Hexagon and Shepstone street, back to the station. 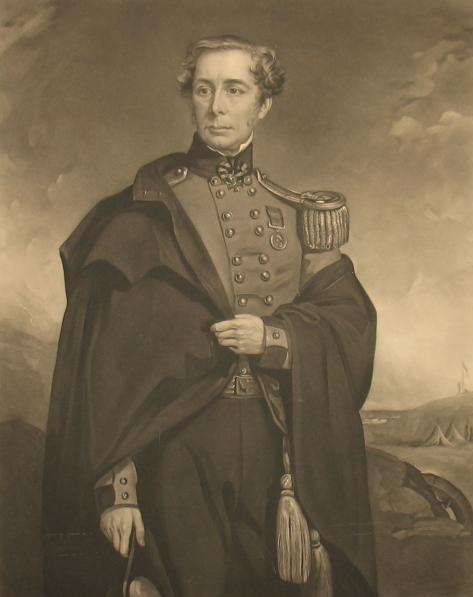 Queenstown was founded by General George Cathcart in 1853 (Wikipedia)

After a whirlwind visit and again with plenty of handshaking, bowing and curtsying, the Royal Family bid farewell to Queenstown.

The remainder of the day was spent celebrating where royal themed parties took place all over town. The day culminated with a lavish Royal Ball in the Town Hall that evening. 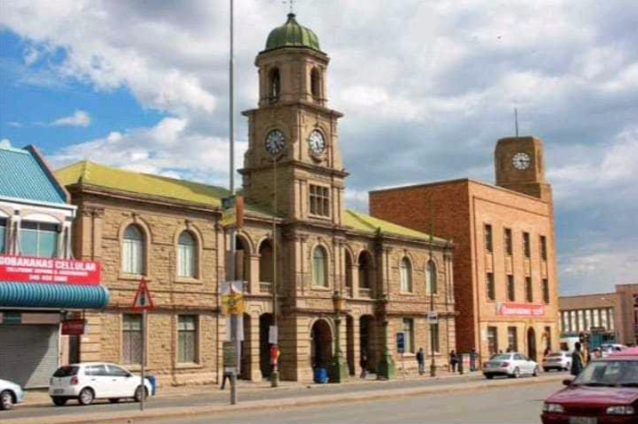 As the sun began to set on a hill outside town, it set after a special day which would be etched in the history of our beloved Queenstown, forever.

Thank you to William Shuman, farmer and historian, for sharing this wonderful piece with us.