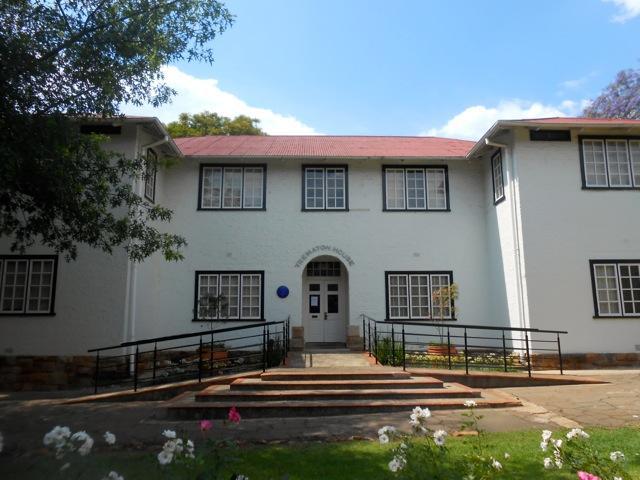 In November 2021, Bernard Hall shared his memories of attending Parktown Preparatory School (PTPS) - click here to read. Towards the end of the article he posted a 1957 school photograph and wrote: "Some years ago I found the image below and accompanying text by ‘SmugMug’ on the internet. I would love to have discovered the person who put it there, if only to acknowledge the source. The only clue is the attached phrase ‘cjmh family’:"

We are happy to report that 'CJMH' wrote in saying: "It was indeed me who posted the photo on the site - 'cjmh' refers to my full name Charles Jonathan McNeill Hayes."

Jon also shared some memories of his time at PTPS which can be enjoyed below.

My brother and I were 'day boys' at PTPS. In our time there (my time 1954-57) I doubt if the number of pupils at the school exceeded 100. I cannot recall the number of boarders but it would have been a few dozen at most. If there was such a thing as a 'class system' amongst pupils at the school, I remember the boarders rather looking down their noses upon us day boys! By the time the school closed in 1957, the pupil numbers had dwindled to less than eighty as the 1957 school photo above attests.

Jon Hayes on his first day at PTPS.jpeg 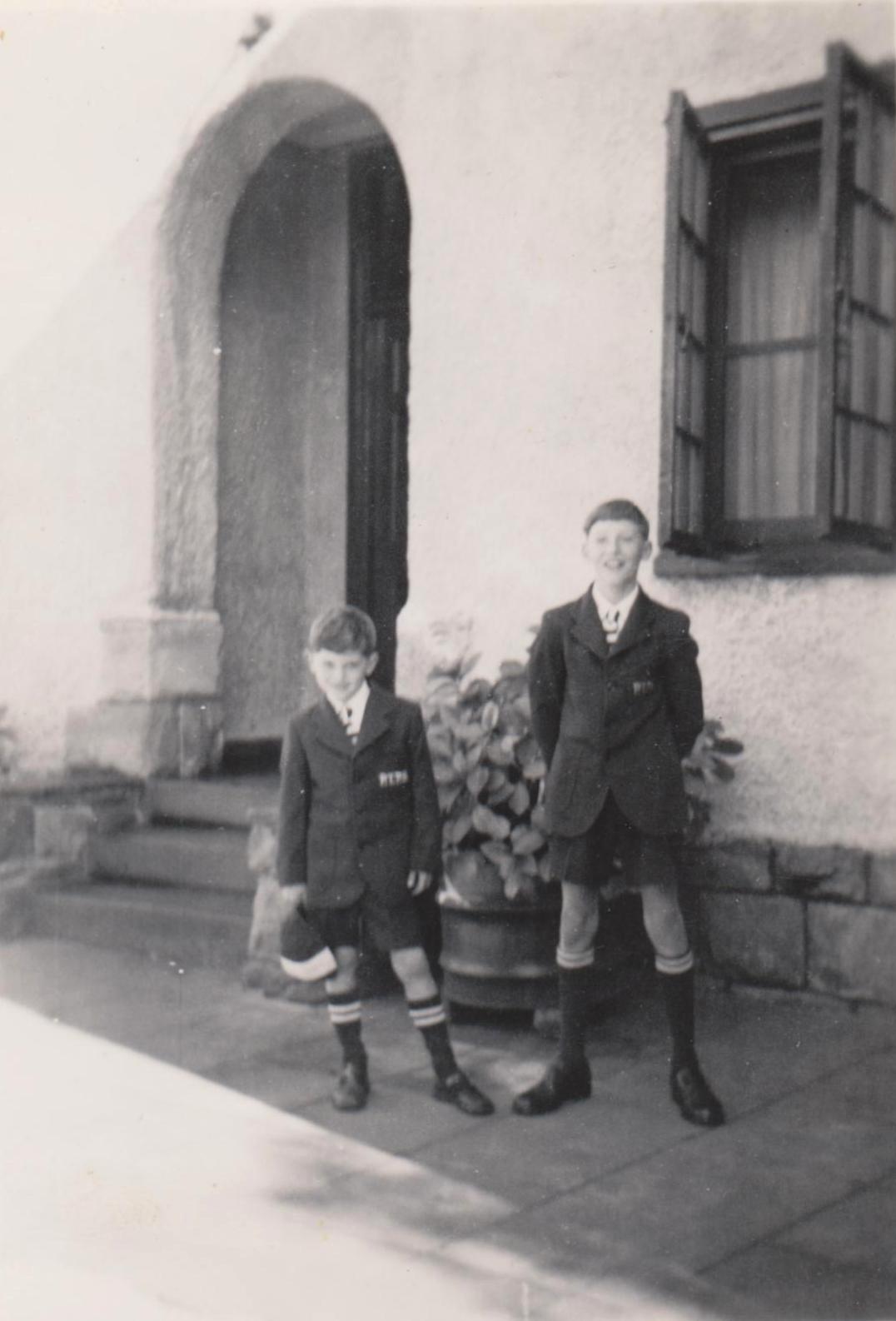 My brother and I on my first day of school in February 1954. We are standing outside the entrance to the main building.

The reason for PTPS's closure is not one I have a definitive answer on. There were most likely several factors in PTPS's demise. I recall my father saying in relation to the closure that the lease on the school had not been renewed by the local council. My guess is that the decline in school numbers could also have played a role as the viability of the school as a going concern could have come into serious question and may have impacted its ability to pay council rates. However, the headmaster Mr Hadland was also by then in his late sixties and most likely contemplating retirement and this was quite likely also to have been a key factor. 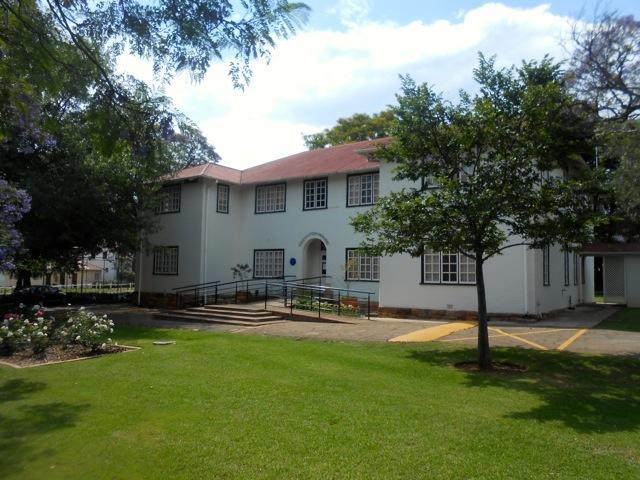 3 Trematon Place, once the home of Parktown Preparatory School (The Heritage Portal)

I remember the school being in a very run down state when I was there and Bernard's article indicates that things were perhaps not much better in 1946-47. The classroom desk tops were near impossible to use as a writing base given so many boys over time had practised their carving skills on them with pen knives. I vividly recall the dark and dingy library full of musty volumes which nobody borrowed. The Blackies readers we used were mostly stained and dog eared and held together with glue and sticky tape and it was likely they were decades old. In modern day terms, it is perhaps an understatement to say the school had been the subject of significant underinvestment in buildings and equipment.

What of Mr Hadland (or 'Haddy' as we schoolboys knew him)? I found through genealogical records that Frederick William Hadland was born in Oxfordshire in 1889 and married his wife Hilda in England. Frederick was an Oxford graduate (on his official school letterhead were the post nominals MA Oxon). I have yet to ascertain if he served in the Great War. A son, Phillip, was born to the couple in 1918 in Wellington, Shropshire. The family migrated to South Africa in 1921. Frederick Hadland's occupation on the Kinsfauns Castle passenger list is shown as 'school master'. A second son, John Hadland was born in Joburg in 1929. He was baptised at the parish church in Parktown, from which I assume his father was already teaching at PTPS. Frederick Hadland died in March 1961 in Joburg aged 72. 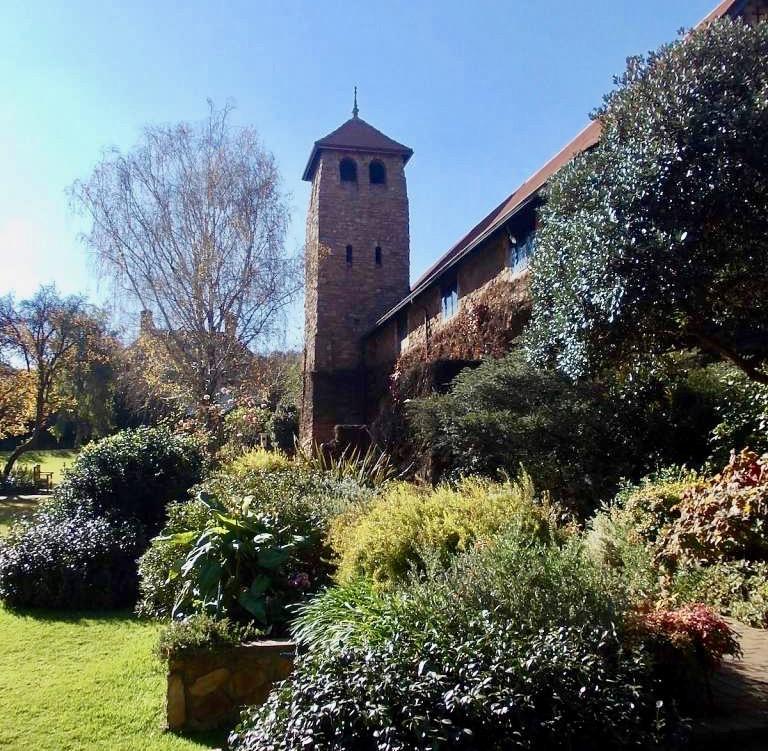 I recall Mr Hadland teaching me Latin when I was in Two Upper or maybe it was in Transitus? He seemed very ponderous in his teaching method, conducting his lessons in the main building in the dining room, which seemed quite cavernous for a classroom and beset by the aromas (odours?) emanating from the kitchen along the corridor. I remember the honour roll boards on the surrounding walls of the dining room. For some reason the name 'LH Sim' sticks in my mind given he had numerous mentions for for various noteworthy achievements.

During my time at PTPS, John (or Mr John as we called him) lived with his first wife Constance (Miss Connie) in the cottage in the school grounds which I assume was the same one referred to in Bernard's article. John and Connie were married in 1951. They never impressed me as a young lad as being a 'happy couple'. I never saw Miss Connie laugh or smile. She and John divorced and he remarried in 1958, his occupation shown as salesman in the online marriage record. I do not recall John Hadland in the role of a classroom teacher as such although he did supervise us at 'prep' (homework) after school when I stayed back with the boarders until my father picked me up from school at around 5pm. John Hadland did serve as our sportsmaster, mainly looking after our cricket team which he was quite good at and I remember him always being supportive to me and my cricket team mates.

I remember my mother saying that the Hadlands had endured some form of tragedy. It was not until I tracked down online family records that I found that the older son Phillip Hadland died while on active service in Italy in February 1944. He was only 25 years old and a commissioned lieutenant with the South African forces.

Below are two photos taken by my father at PTPS when we had our annual Drill Display as we called it, as close to an open day as the school ever had, when parents were invited along to admire their little boys performing calisthenics drills or demonstrate their boxing skills. 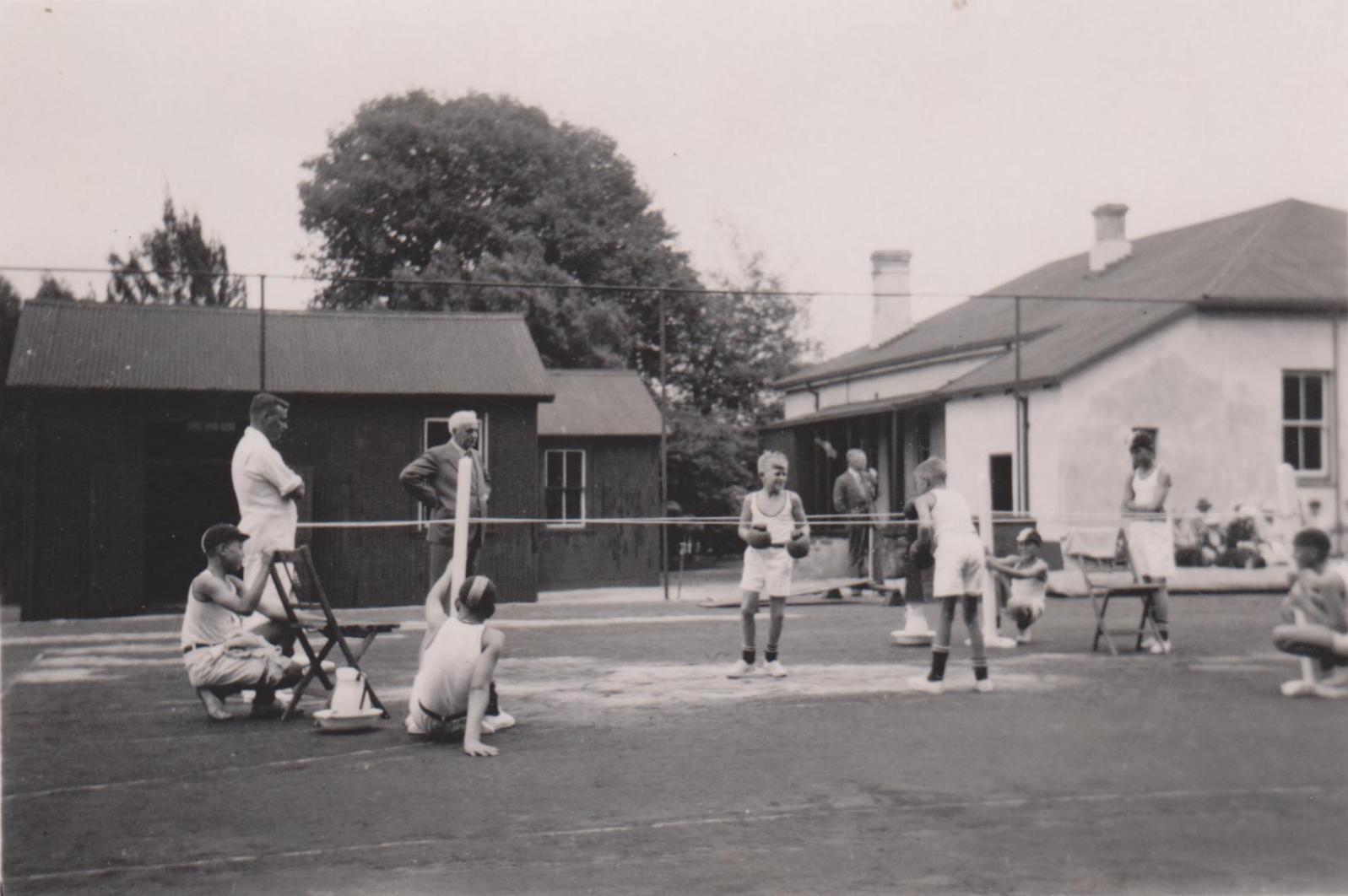 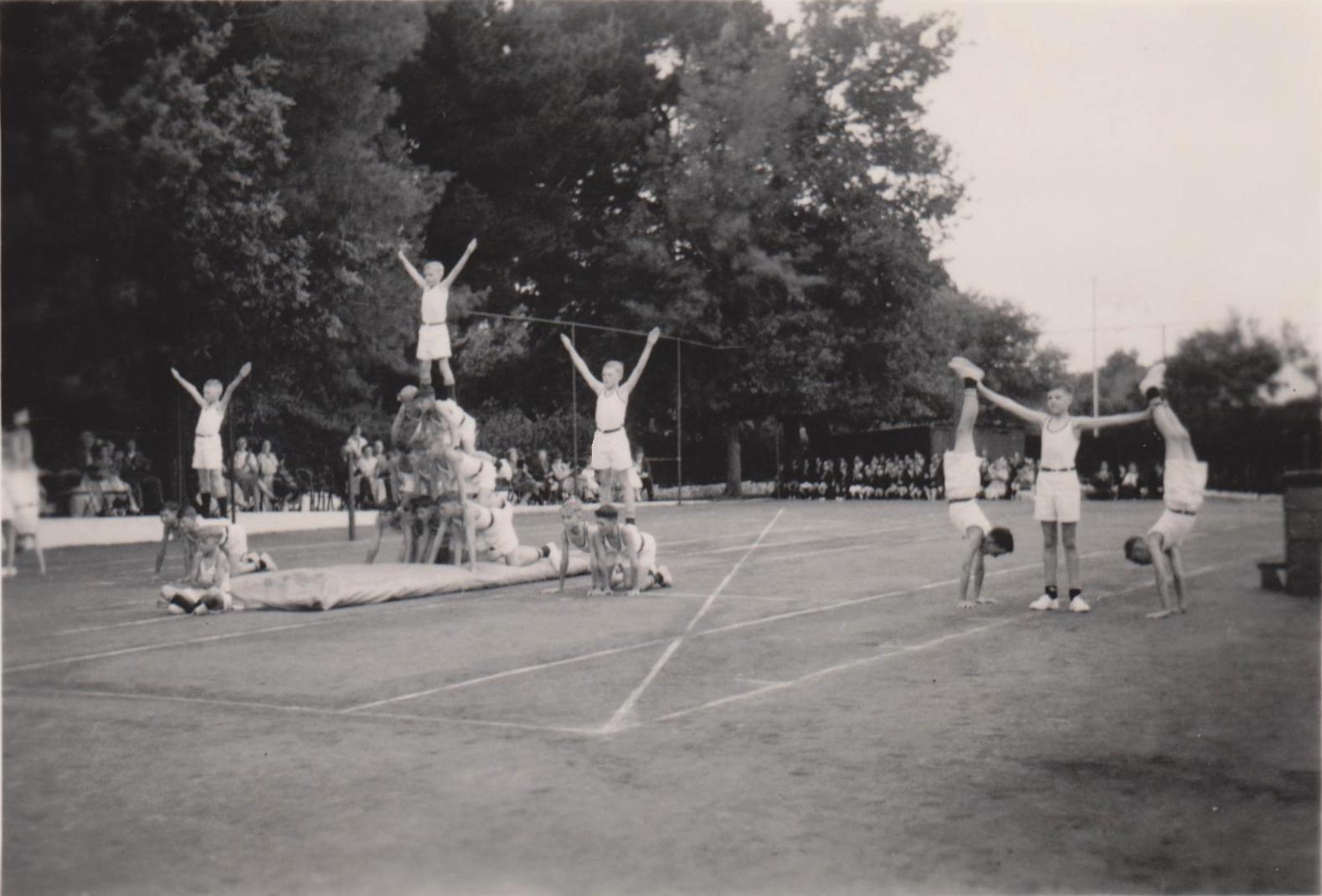 Our calisthenic routines on the old tennis court were accompanied by a wonderful Mrs Friedman resplendent in her blue rinse beehive hairdo and performing on the school's ancient upright piano, notable for its honky tonk tone. The photo of the boxing match (I cannot see myself or my brother in the picture) shows Mr Hadland and his son John together. Directly behind them is one of the red oxide sheds used as change rooms which partly obscures another shed that was the classroom of Mrs Ross who was in charge of Two Lower. To the right of the picture in the background is the main classroom building.