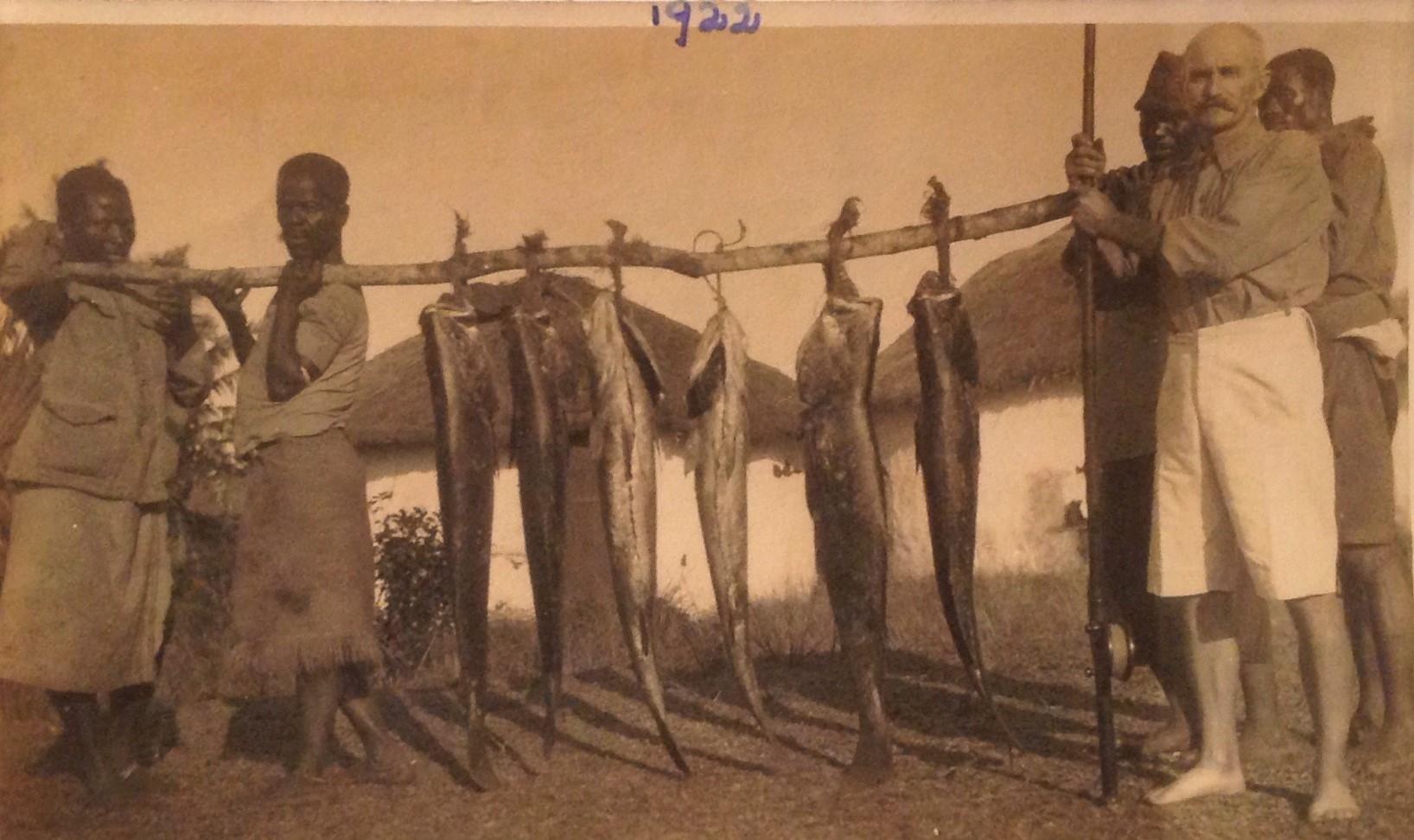 Always in search of historical South African photographs, the author recently obtained a photograph album from an antique dealer in Johannesburg containing images of largely a singular theme, namely the world’s most popular sport - fishing (at least back then).

The album, which was not up for sale, surfaced from a back room with the dealer announcing: “I do not know what to do with these”.

Nor did the author know what to do with them, in that the underlying theme of the album content initially seemed dull and insignificant. The album was also not in a good condition. This is probably why the album was discarded in the first place in that family members, who probably ended up with the album, also could not relate to the narrative portrayed by the images.

On studying the content of the album, it soon became clear that there is some significance to the album in that: 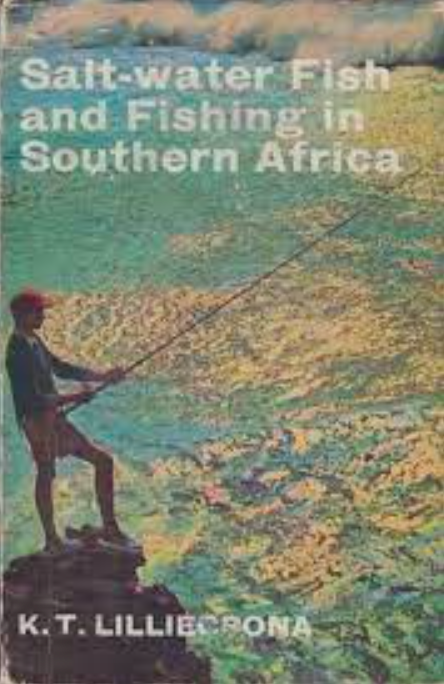 Konrad Lilliecrona was born in Sweden on 6 August 1912. Aged 7, he arrived in South Africa during 1919 and by 1922 had settled in Uvongo Beach with his family.

From a young age, Konrad was in the company of his enthusiastic fisherman father and the renowned fisherman, Garnet Blamey. In his adult life Konrad extensively fished Natal, Transkei as well as the Eastern and Western Province coasts.

His father, Thure Gustav Lilliecrona, kept a logbook of every fish that was caught, and under which circumstances they were caught. During 1944, four years after Thure’s death, these hand-written notes were given to Konrad, the content of which stimulated him to continue learning more about the habits of fish along the coast.

Combined with this significant source of information, Konrad continued developing his knowledge over the years around the sea’s conditions and events and in doing so applying theory to practice with much success.

This knowledge contributed to Konrad not only being referred to as the “prophet of the sardine run” but also resulted in his book Salt-water fish and fishing in Southern Africa (1966) being published. 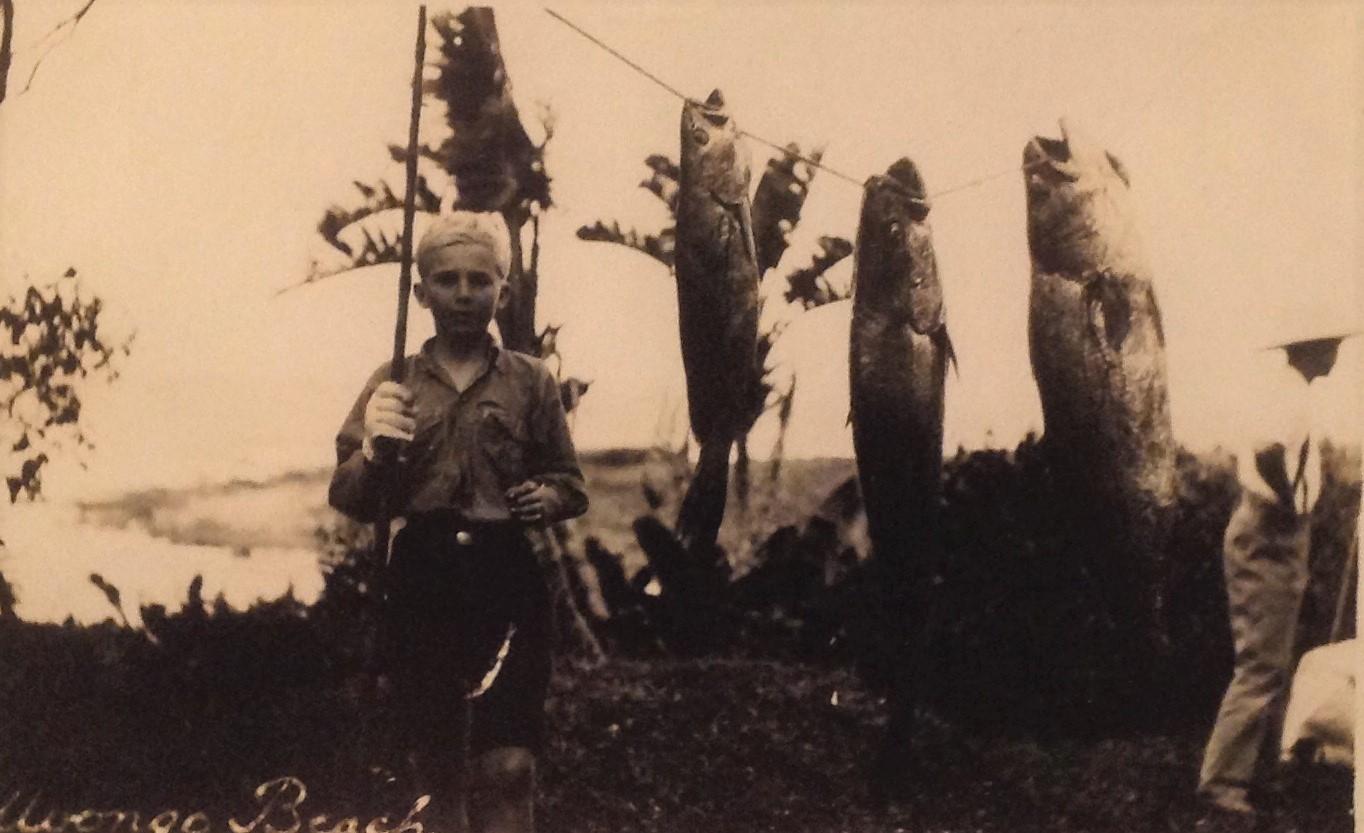 Real Picture Postcard format photograph of young fisherman Konrad Lilliecrona (aged around 11) at Uvongo beach with his catch of the day (circa 1923). This is the first recorded image of his success as a fisherman. The fish on the far right would probably have been the same weight than the young fisherman himself, therefore the gloves worn by Konrad in that it would have been a proper battle to beach the fish. 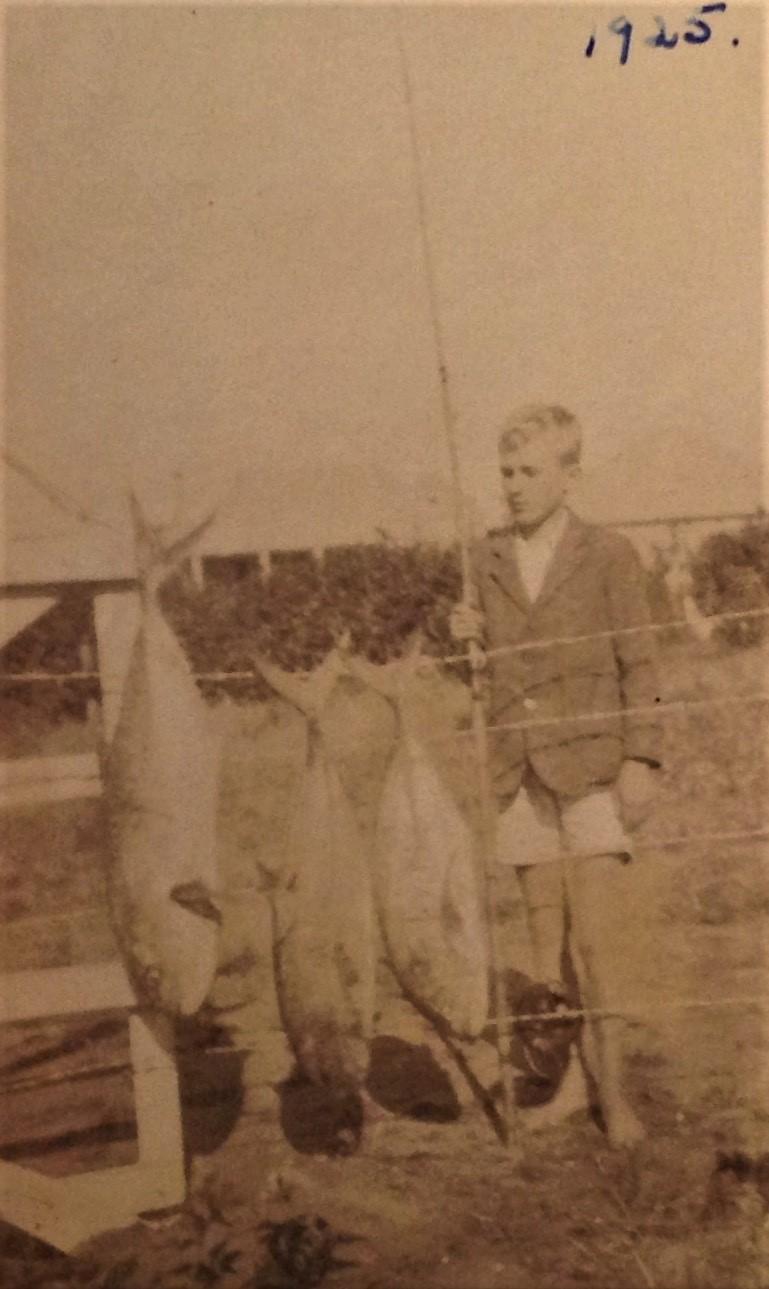 Snapshot photograph of Konrad Lilliecrona, aged 13, with the catch of the day (during 1925). The houses that can be seen in the background possibly indicates that the Lilliecrona’s resided very near to the beach. 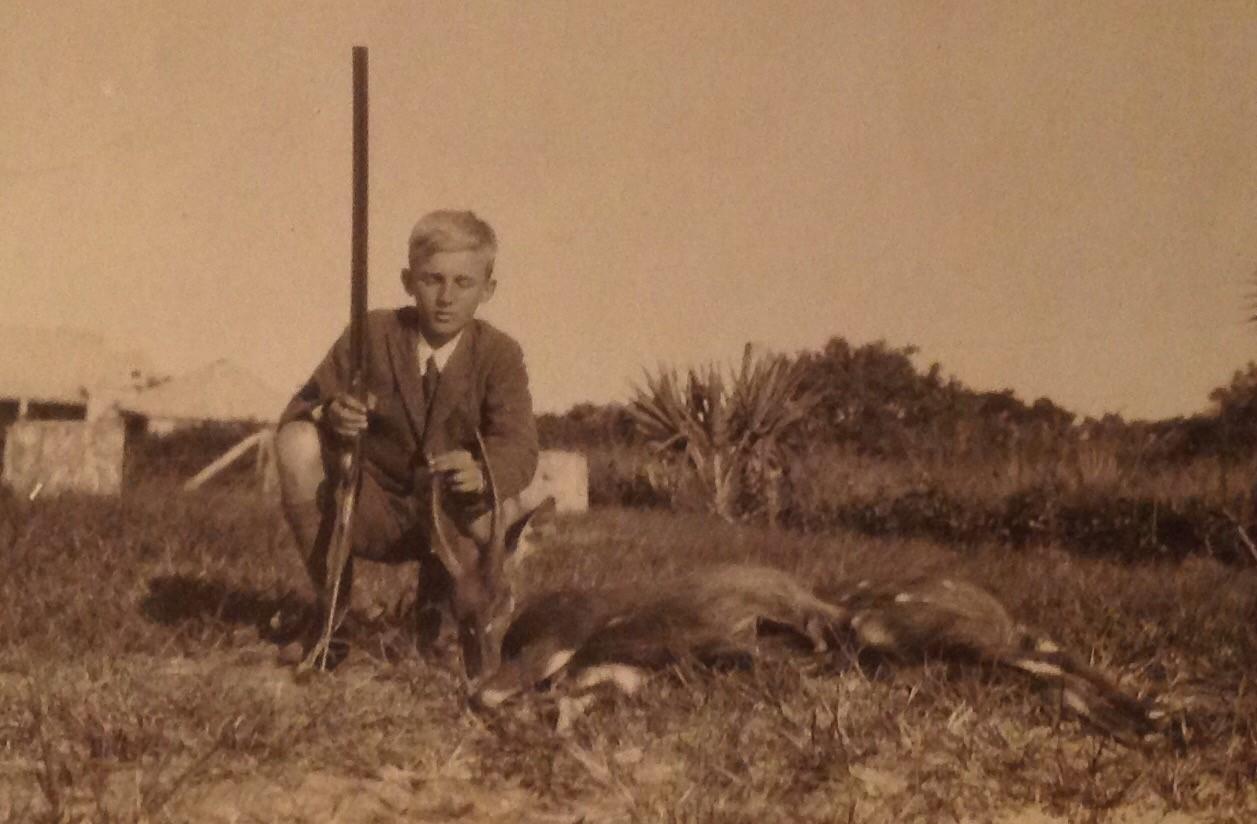 Real Picture Postcard format photograph of a 14 year old Konrad Lilliecrona with a bushbuck shot by him during 1926. His father Thure was also a keen hunter. 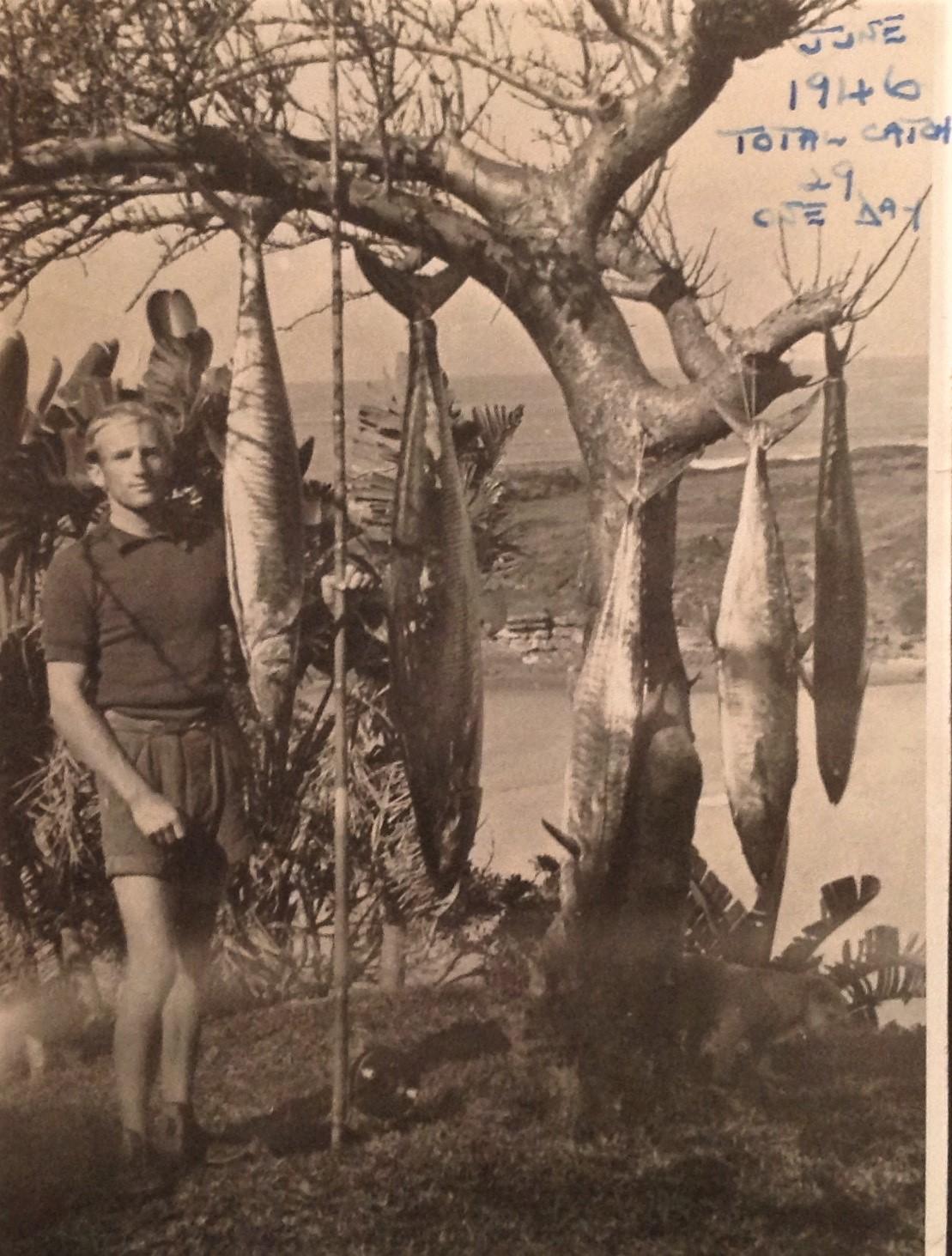 Konrad Lilliecrona, aged 34 with some of the catch of the day (June 1946). The inscription on the photograph suggests that 29 fish were caught on the day 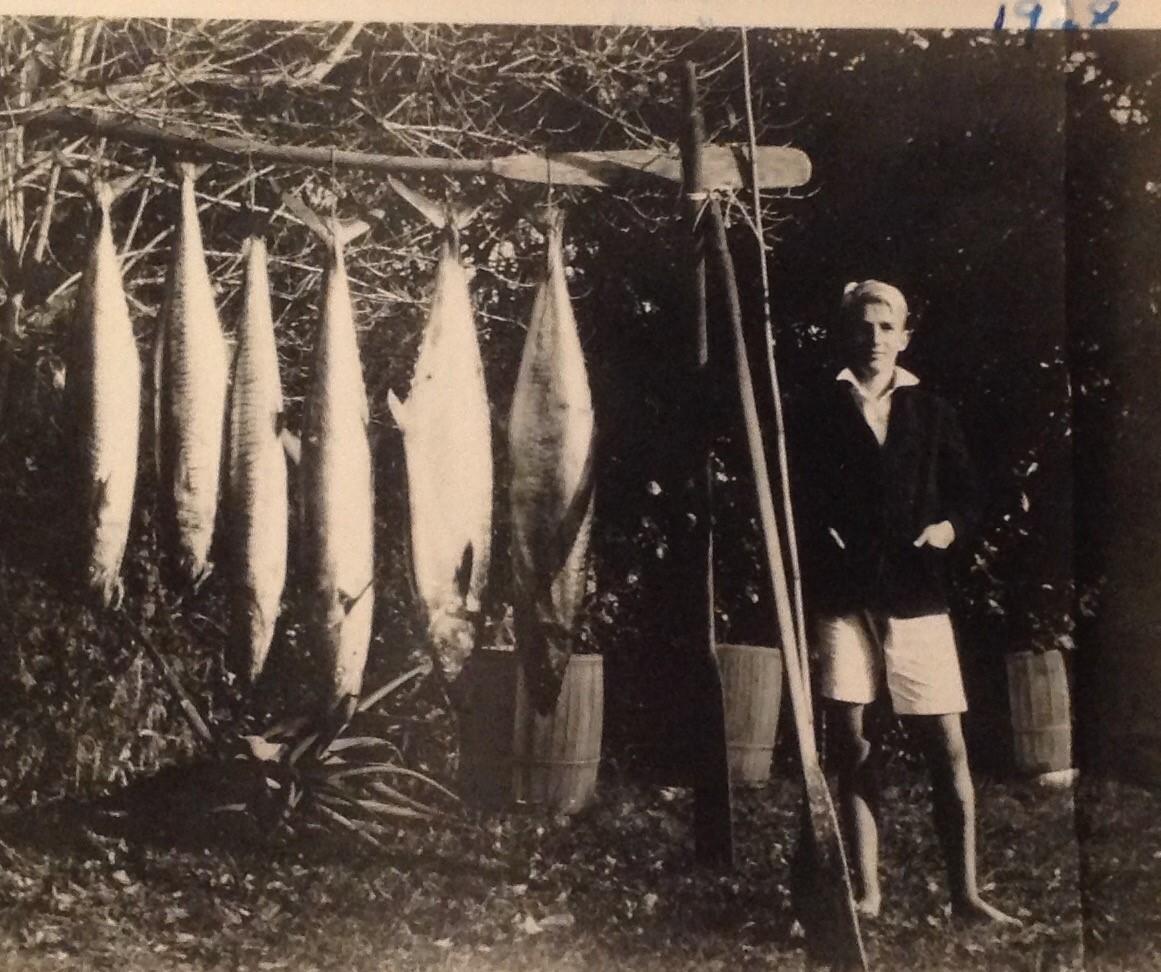 Konrad Lilliecrona, aged 16 with some of the catch of the day (during 1928). This photograph was probably taken in the garden of Lilliecrona residence

Konrad attended Michaelhouse school between 1928 & 1932, where he must have boarded in that the distance between Uvongo and Michaelhouse is some 250km. During 1960 he was honoured as an old schoolboy for having achieved international sporting honours in “Fishing - light tackle”. 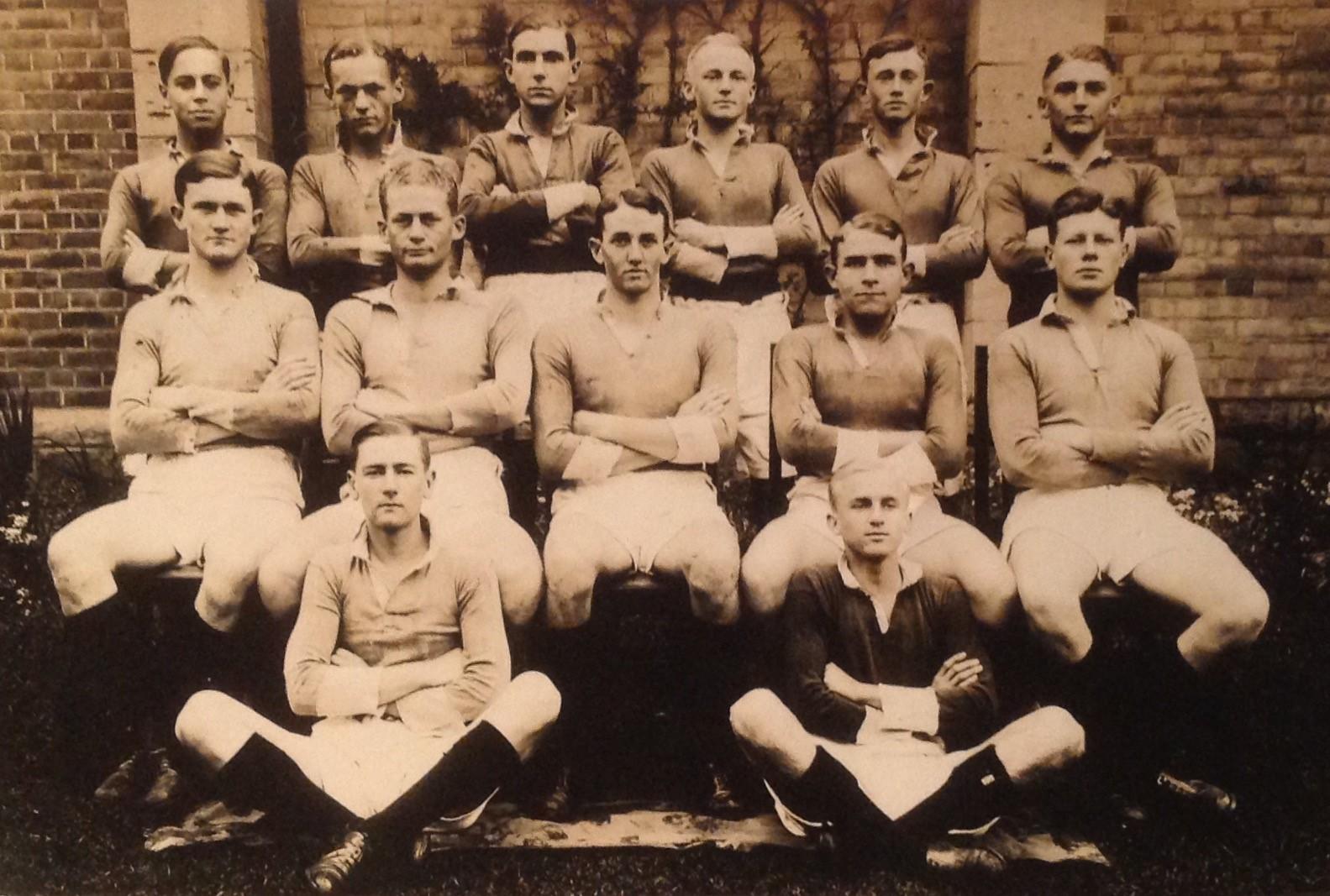 Michaelhouse school rugby team (circa 1930). Konrad Lilliecrona is seated in the front row on the right. 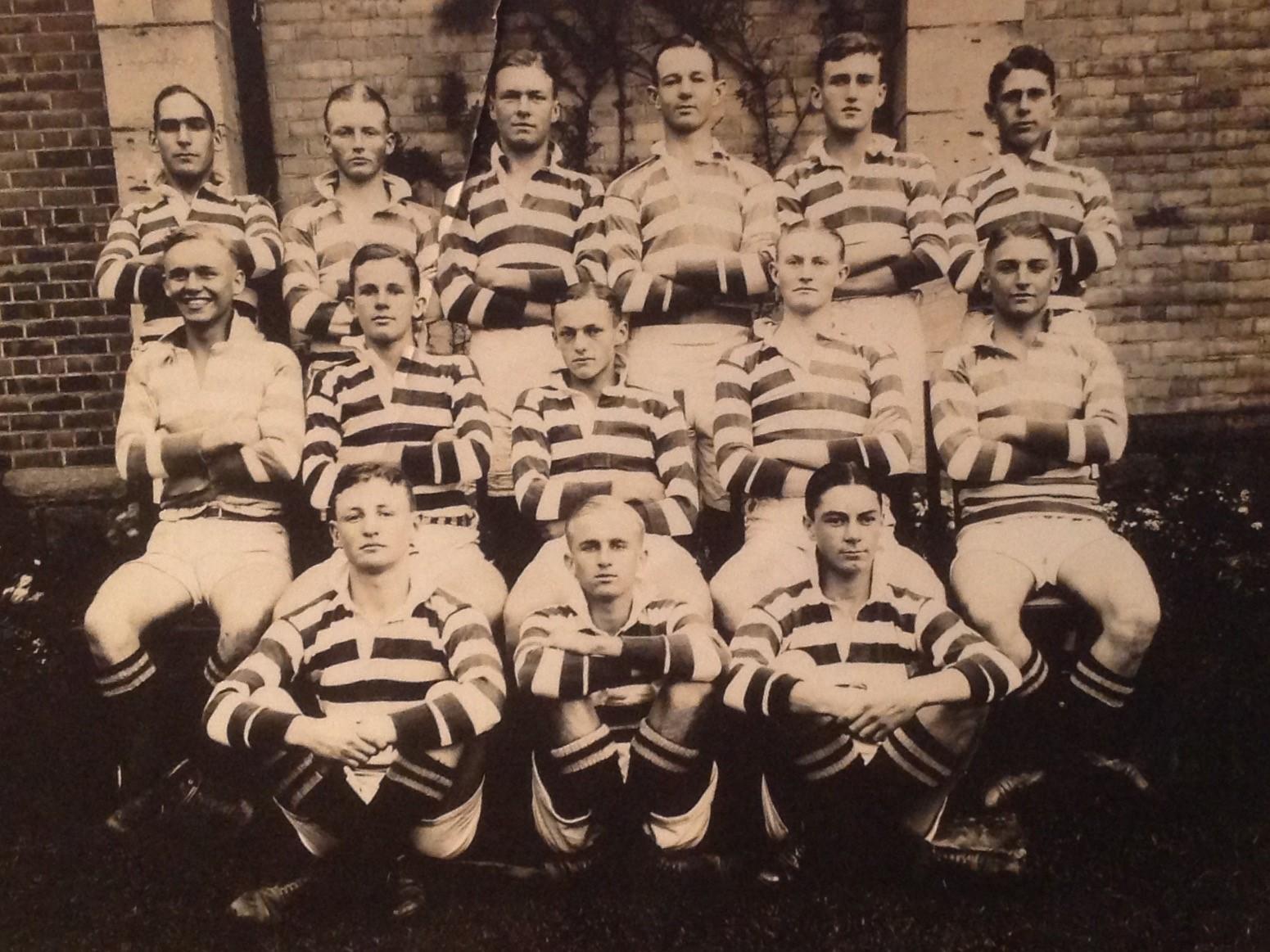 Michaelhouse school rugby team (circa 1932). Konrad Lilliecrona is seated in the front row in the middle.

Little is known about Konrad’s personal life. He was married to Marie Constance (nee Boa), but they divorced during 1950. It is not clear whether he remarried. Konrad was the brother to Colin and Joan Myra Lilliecrona and half-brother to Colin Gustaf Neser. A family photograph suggests that Konrad may have had at least two daughters. 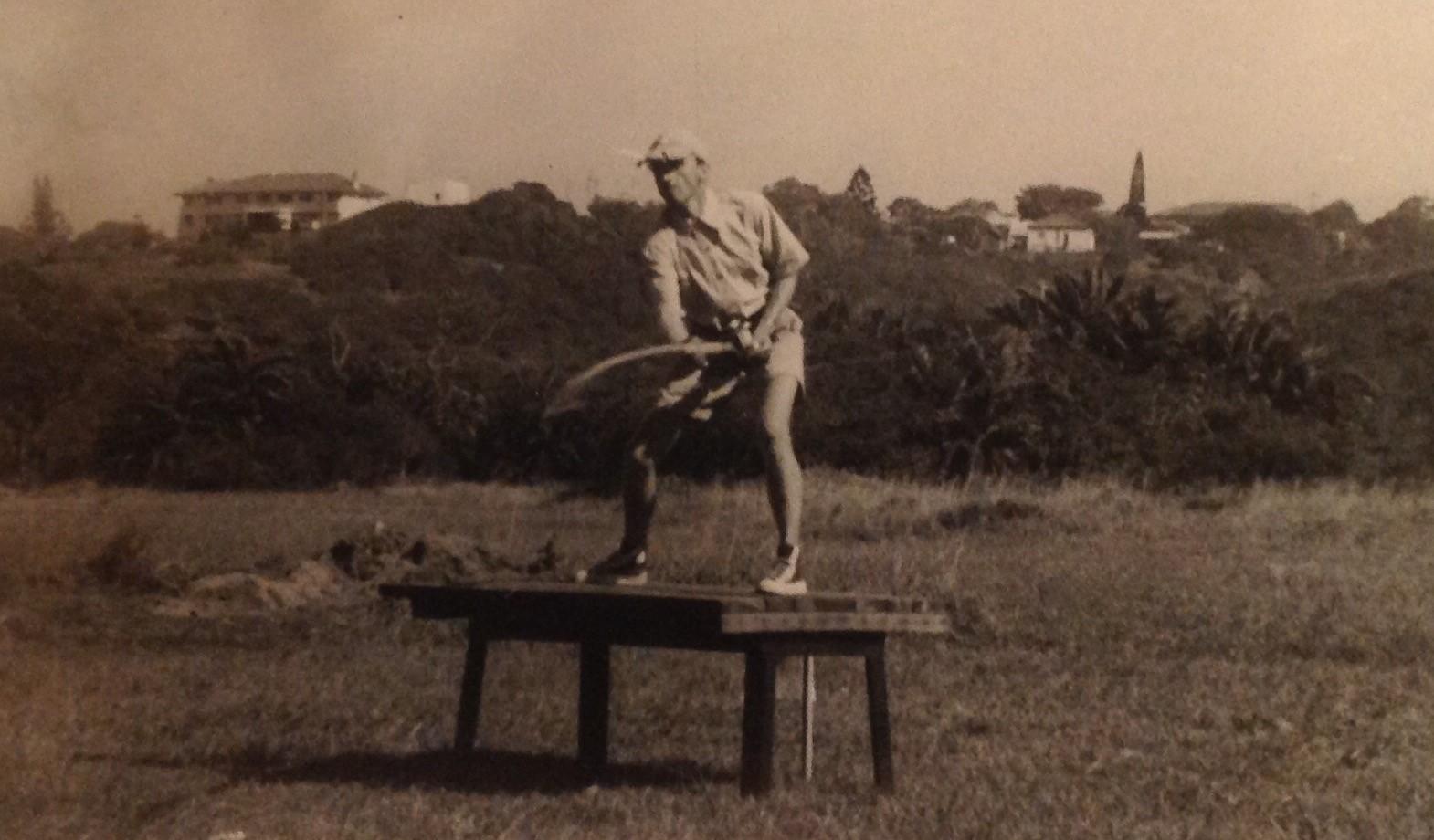 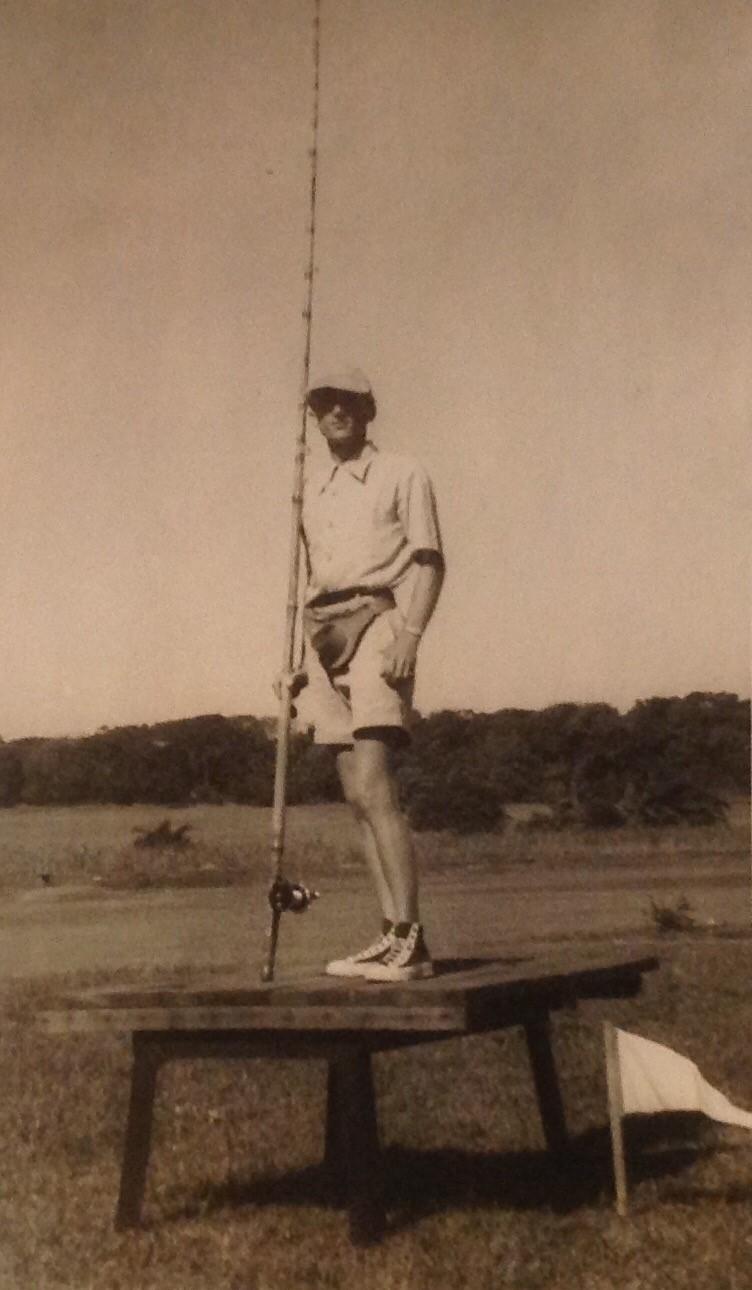 Two photographs by Geoff Coyne, a Port Shepstone based photographer (circa 1955) showing Konrad Lilliecrona in action during the SA Open Casting Championships – which he won during 1955.

Real picture postcard - Fishermen after their day out (C1950) via Carol Hardijzer.jpg 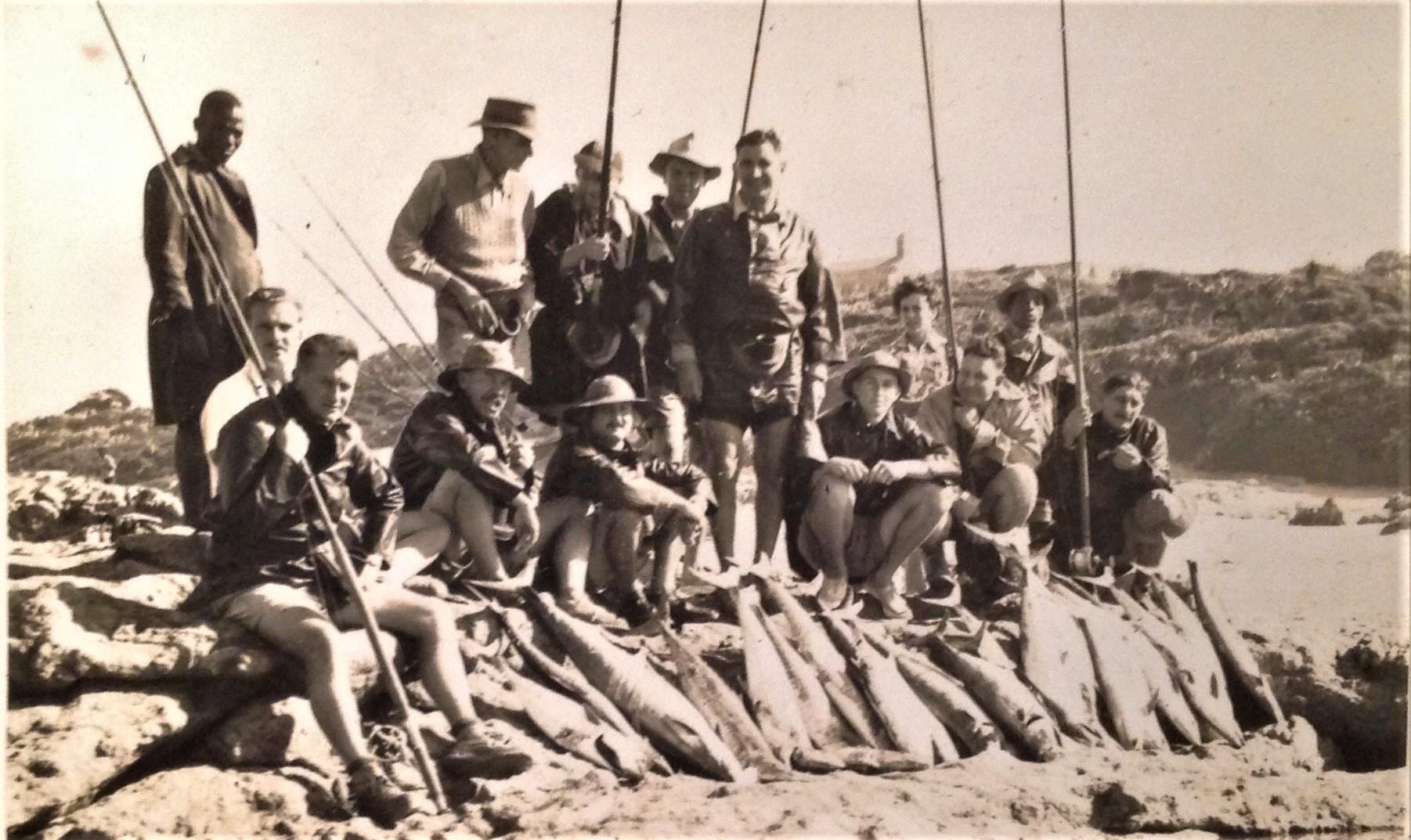 Team sports. A successful day (Circa 1970s). Konrad Lilliecrona is standing at the back holding the fishing rod in front of him. Certainly a male dominated sport, but see the female “hiding” at the back right. 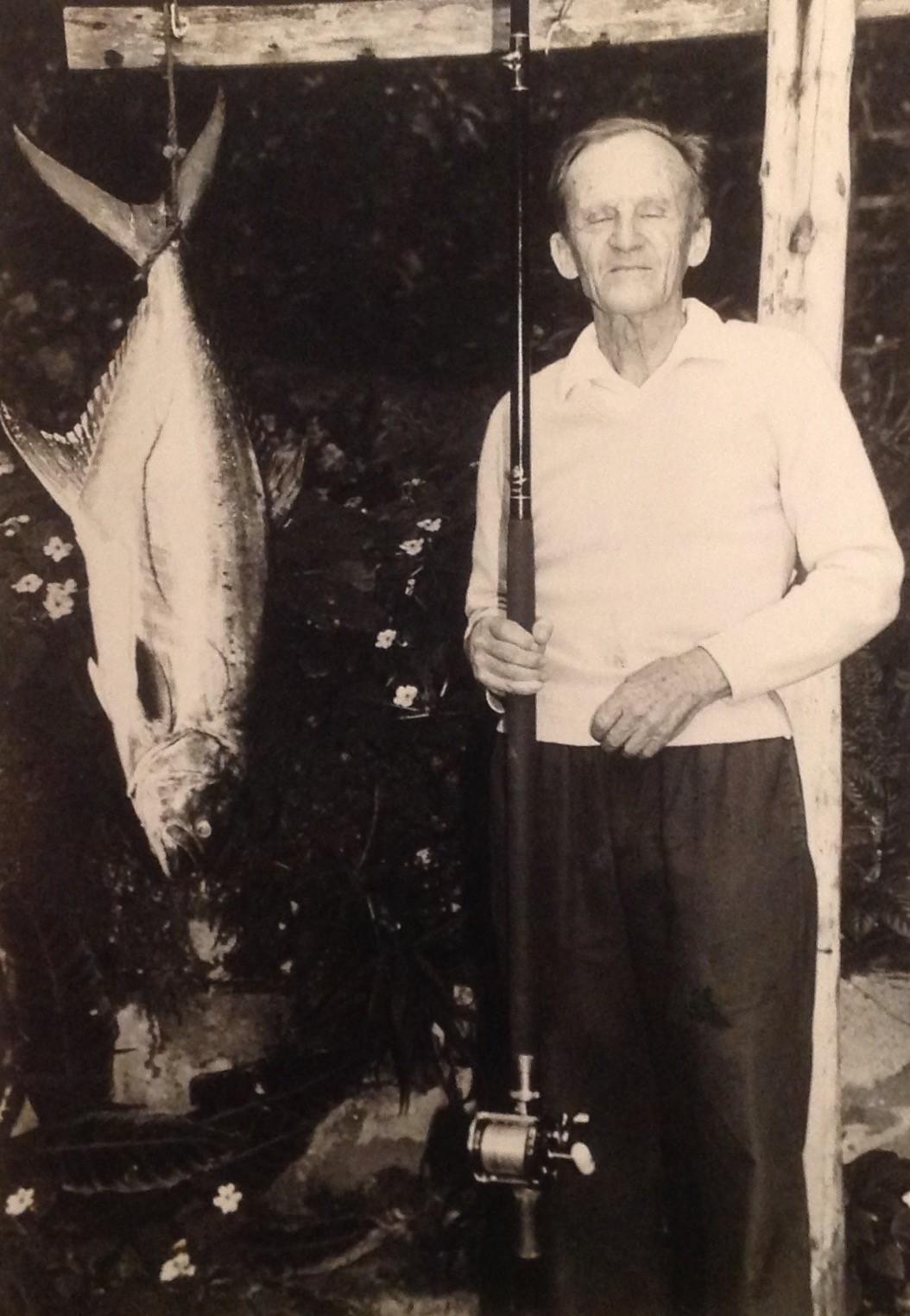 Originating from Sweden, Thure was active as surveyor in New Zealand and Australia prior to settling in South Africa.

During 1901, whilst based as a Government surveyor in Invercargill, New Zealand, Thure enquired about prospects for land surveying in Natal.

Shortly after this enquiry, he was active in South Africa as per the below extraction from the New Zealand based Otago witness (1907):

Mr TG Lilliecrona left Johannesburg last week for Delgoa Bay, there to take ship for Europe. After a strenuous life of activity for between four and five years in this country for the greater part of the time in the wilds of the Northern Transvaal he has fully earned the holiday he is now giving himself. Lilliecrona contemplated when he finished his survey contract in the region of the Limpopo leaving SA for good, but he has reconsidered his intention. There is lots of work for his profession in this new colony, apart from that, the sun of Africa has got into his veins. The veld seems to call him, and, an assiduous and keen hunter, he is very anxious to undertake another expedition or two after big game. 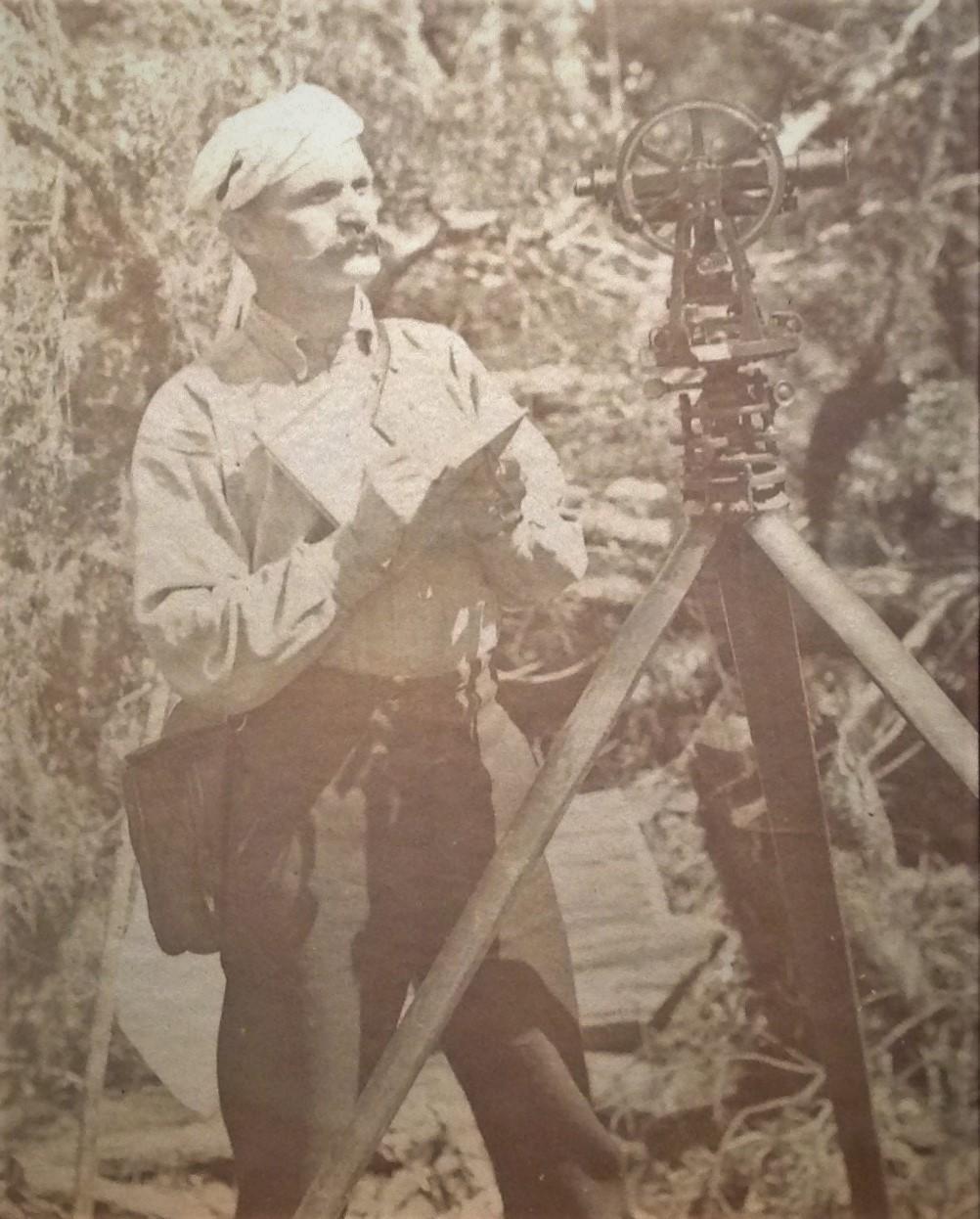 Photograph of Thure Lilliecrona with his land surveying equipment. This photograph, circa 1910 would have been captured in South Africa by unknown photographer.

During 1908, Thure was appointed as a government land surveyor in South Africa. There are also indications of him being active in the Waterberg area during 1913. Archival records indicate that he was granted permission to develop waterpower during 1936 (then based at Mount Zion Estate in Port Shepstone).

Thure’s extensive record keeping of his fishing experiences, the notes which were handed to his son Konrad, clearly played a significant role in Konrad’s fishing obsession. 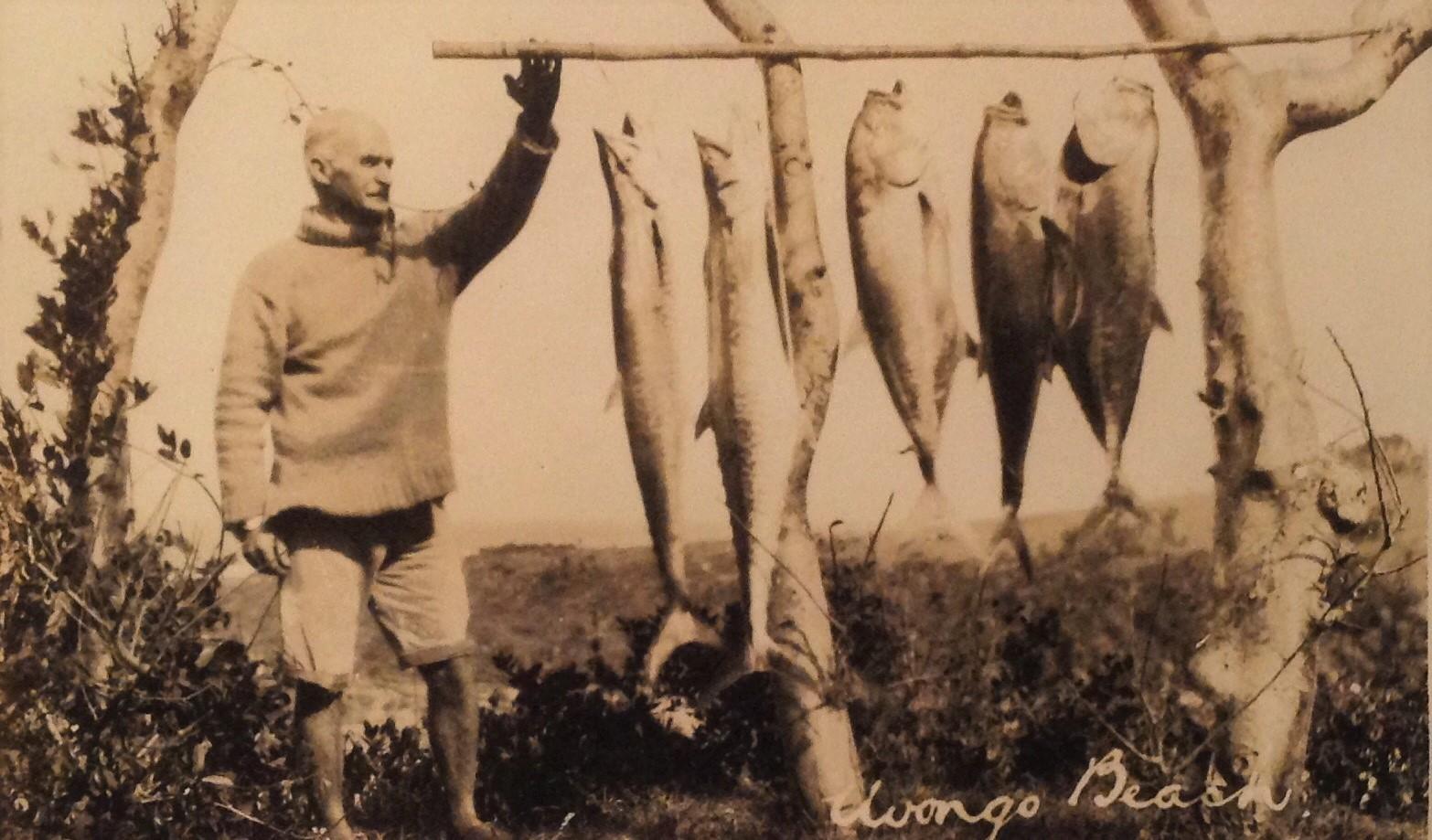 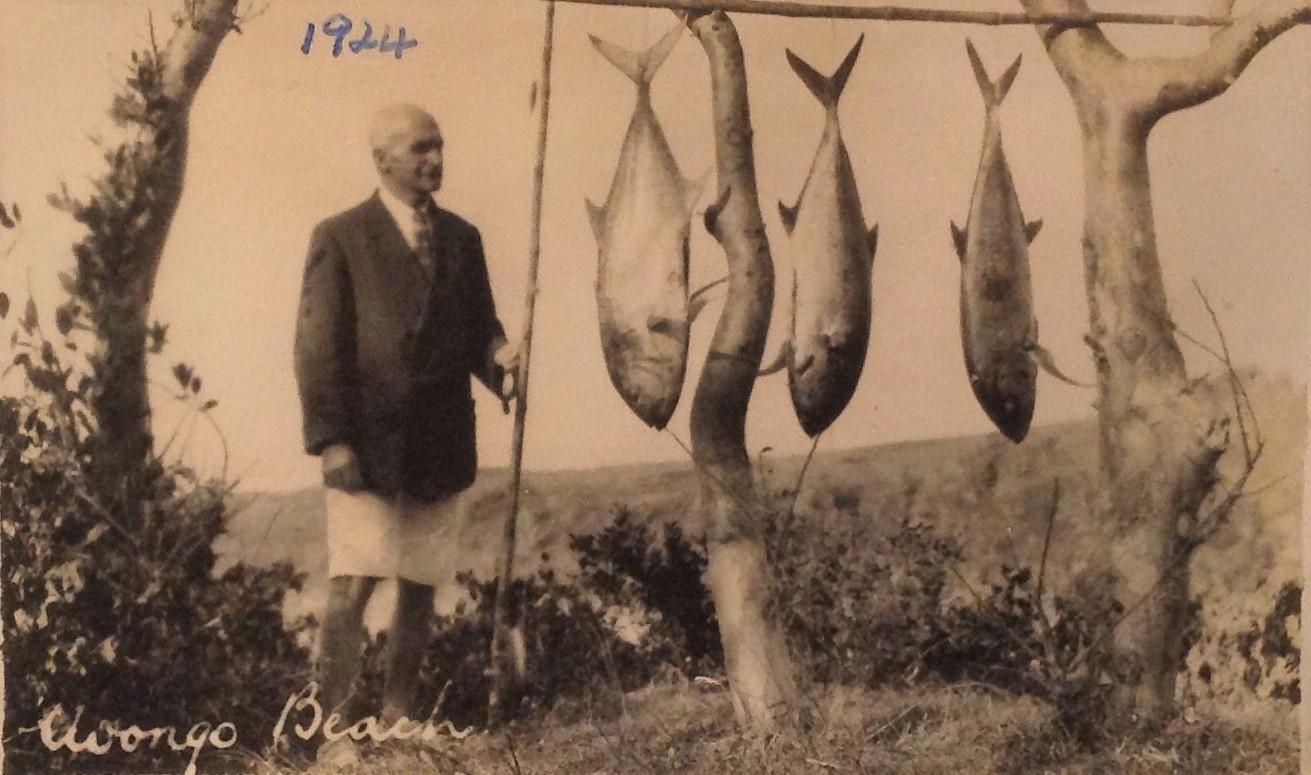 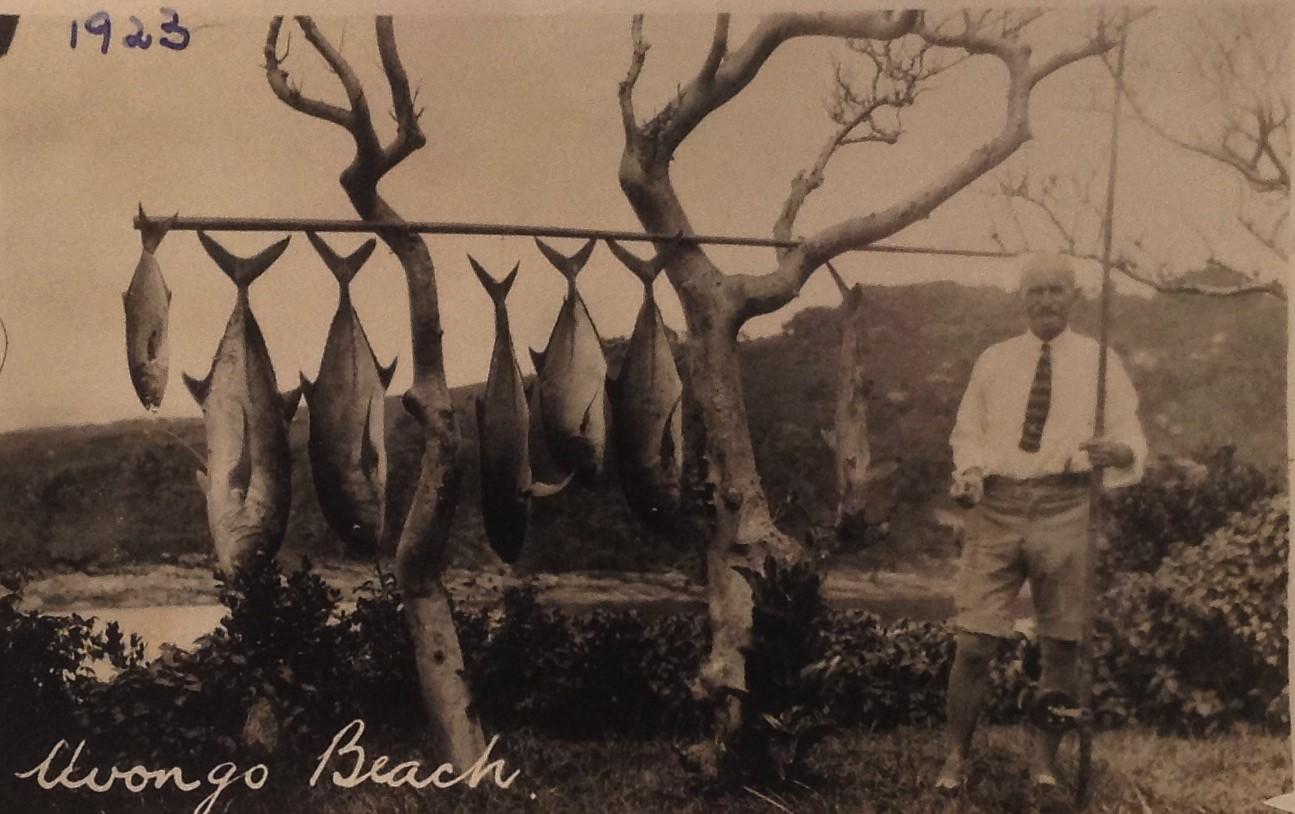 Real Picture Postcard format photograph of Thure Lilliecrona at Uvongo beach with his catch of the day (during 1923). Note the small hammer head shark hanging on the right. 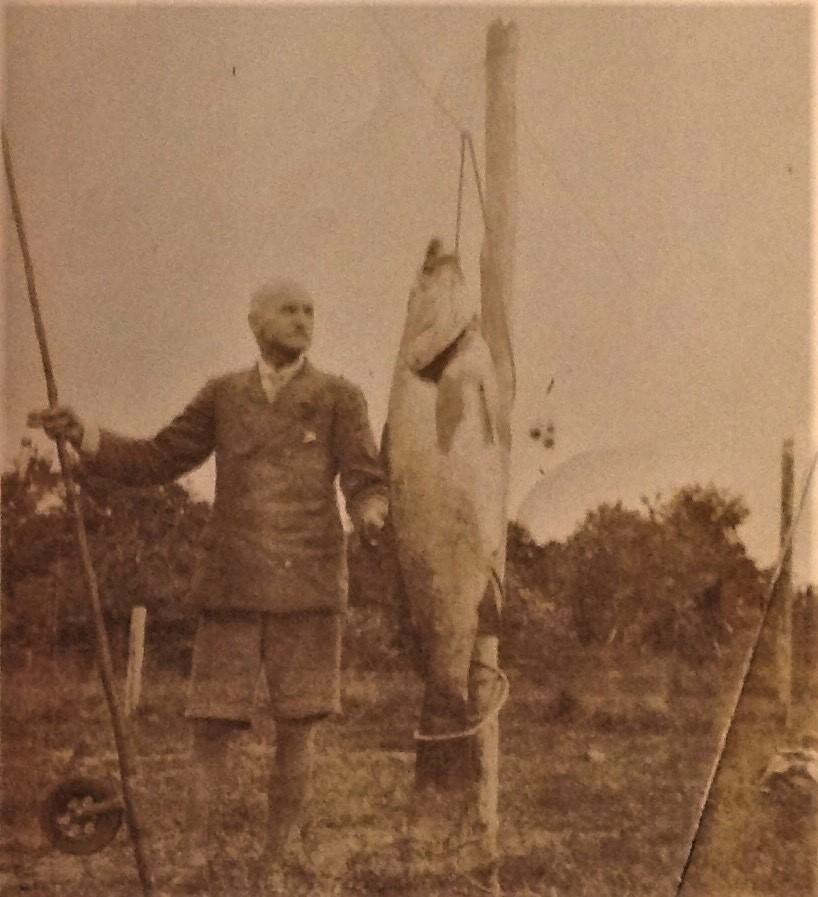 Snapshot photograph of Thure Lilliecrona (circa 1925) of his large catch of the day. Fish of this size are probably no longer pulled out by beach fisher men of today. 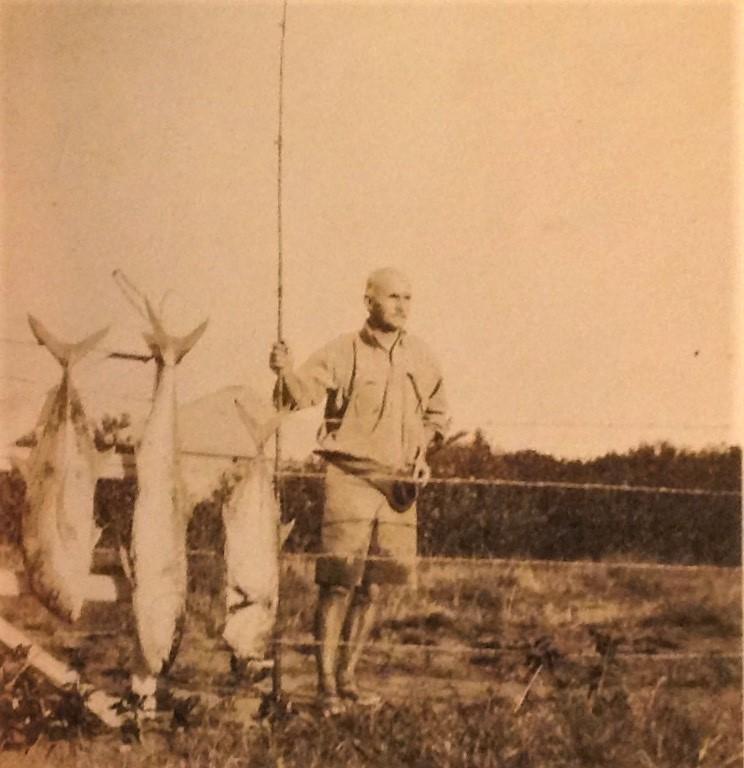 Snapshot photograph (circa 1925) showing Thure Lilliecrona with another successful catch of the day. The photograph was captured shortly after him reeling in the last fish in that his trousers are still wet. 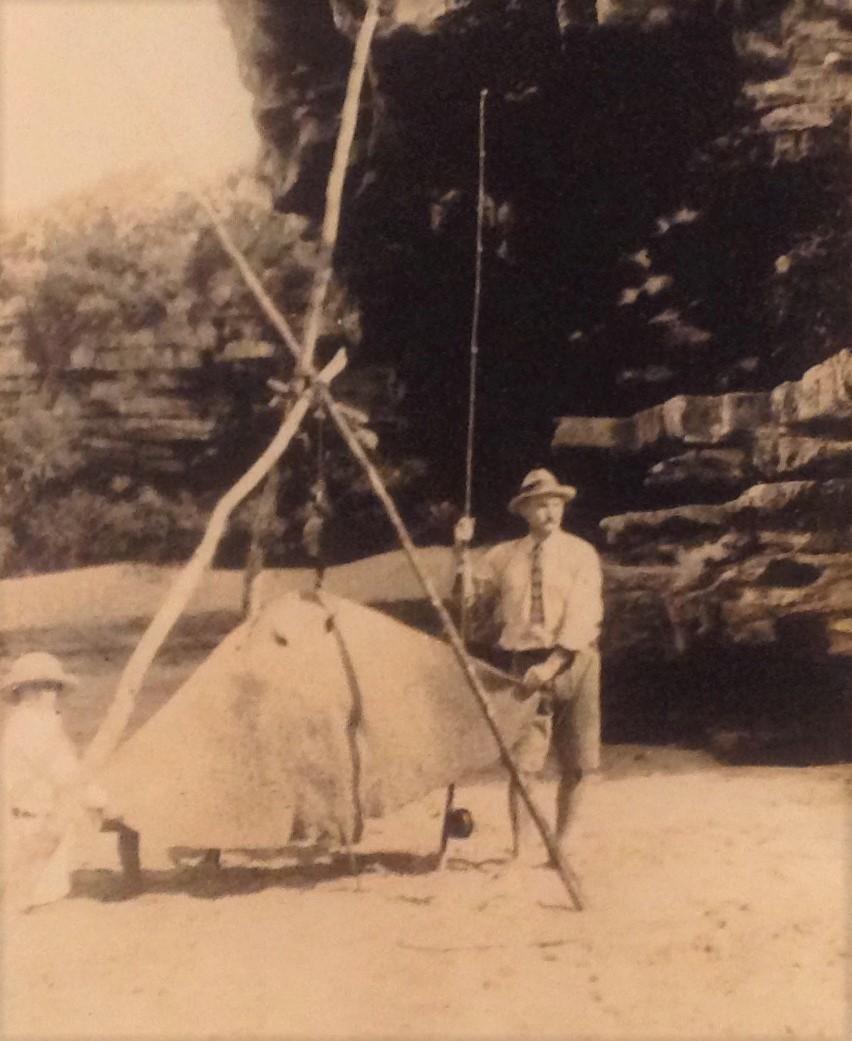 Real Picture Postcard format photograph of Thure Lilliecrona at Uvongo beach showing off the large stingray caught for the day (during 1924). The child in the photograph could be his daughter Joan. 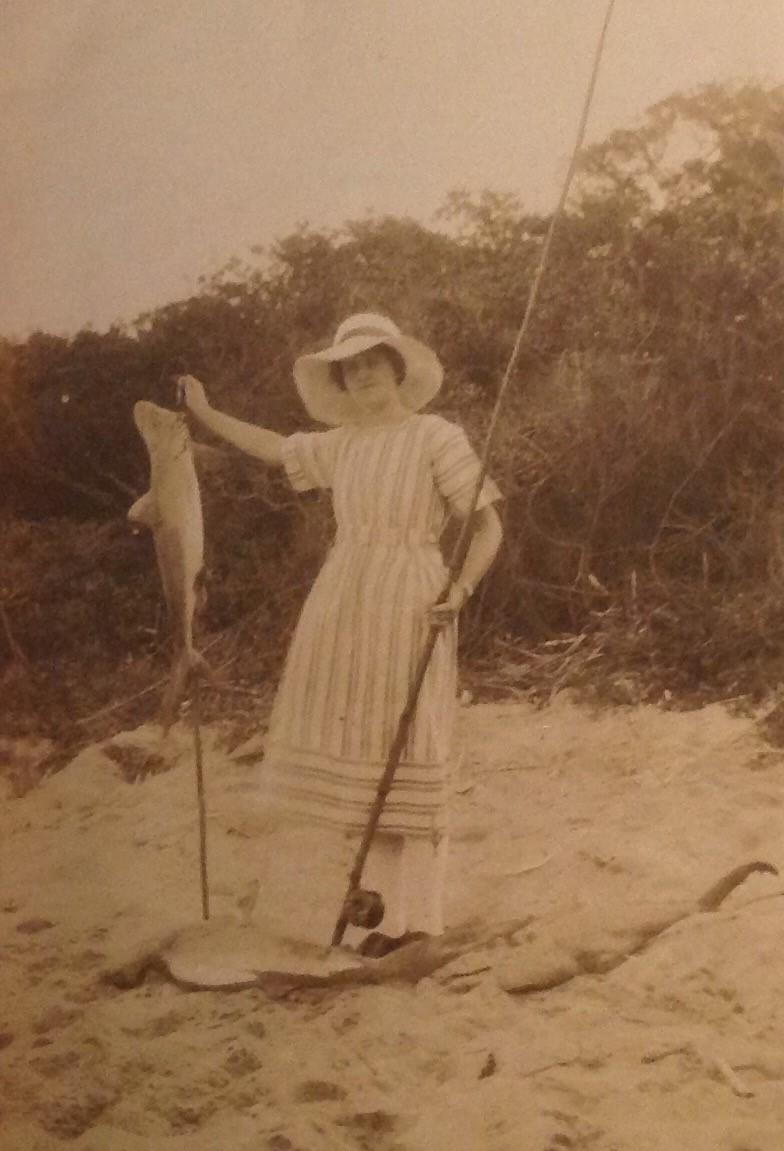 Locations and streets in Uvongo named after the Lilliecrona family

Closing
Considering the sizes and types of fish, the photographs included in this article are a stark reminder of how our fishing populations have drastically reduced since the 1930s. It is highly unlikely that the fish on show here could be caught off the beach today.

To date it has not been determined what the exact meaning of the surname Lilliecrona would be. Google translate suggests the possible meaning for the words Lillie & Crona to relate to being “Lillie’s Crown”? 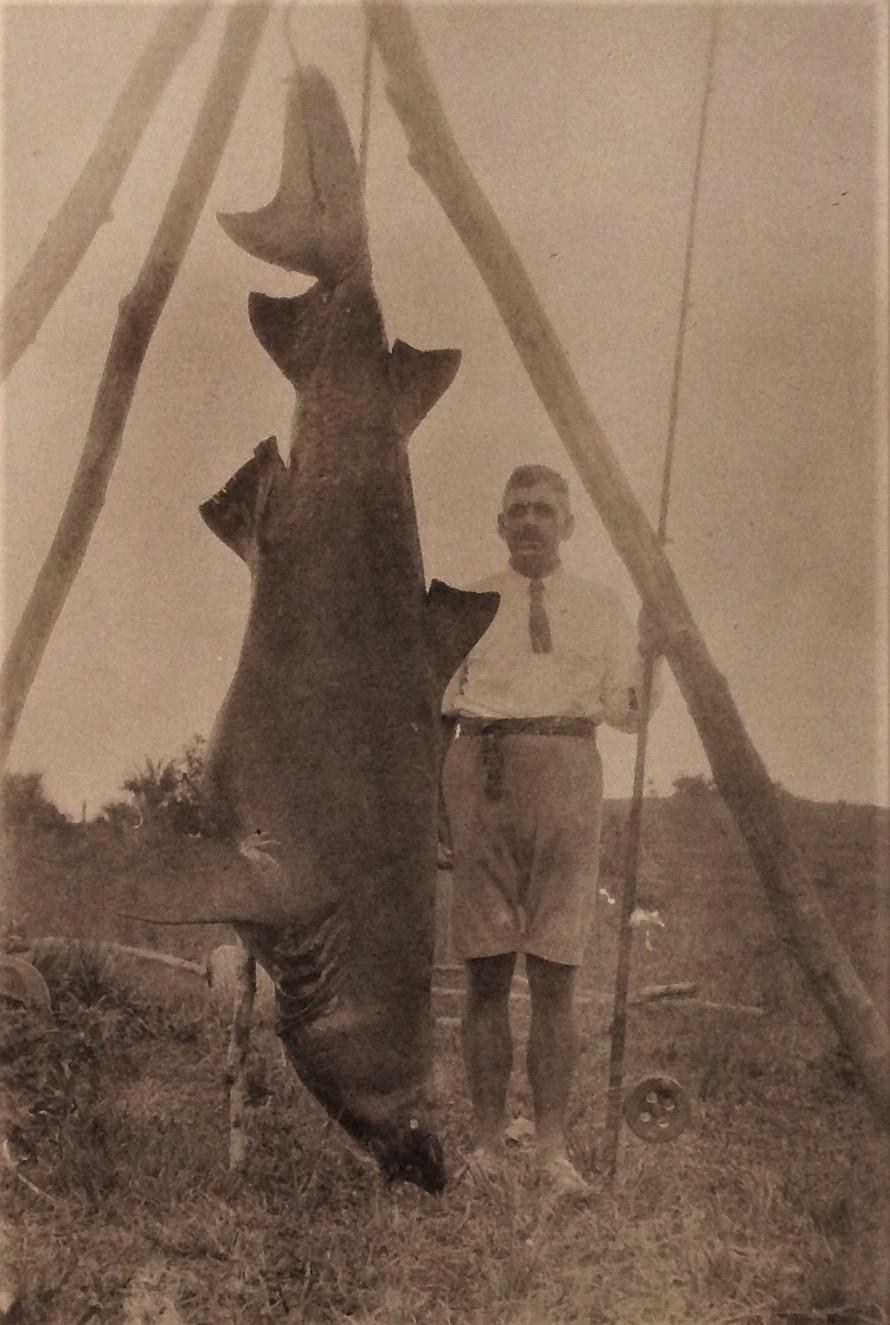