The Early History of Irene Farm 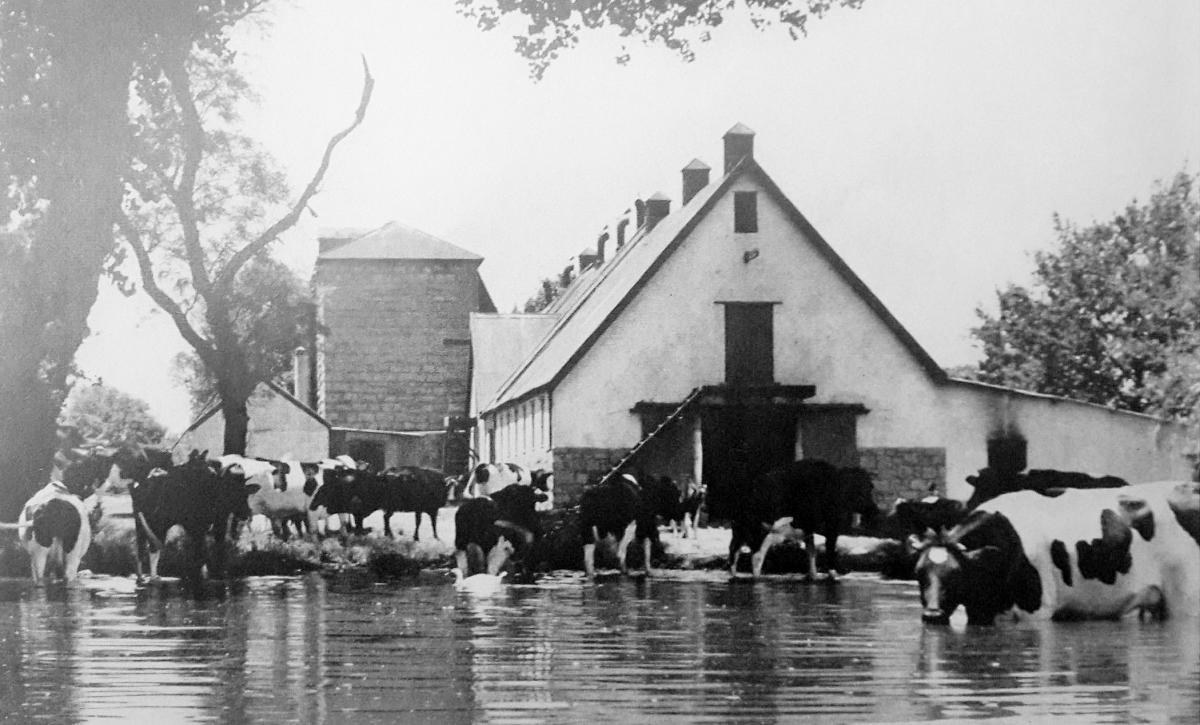 Irene is a wonderful village located less than twenty kilometres south of Pretoria. Visitors can feel the history around them whether staying at a local hotel, visiting the Smuts House Museum or touring the working farm. Residents are proud of the area's rich history and rightly so! Below are a few edited passages revealing the early history of Irene Farm. A longer version of the article appeared in a 1961 edition of South African Panorama. 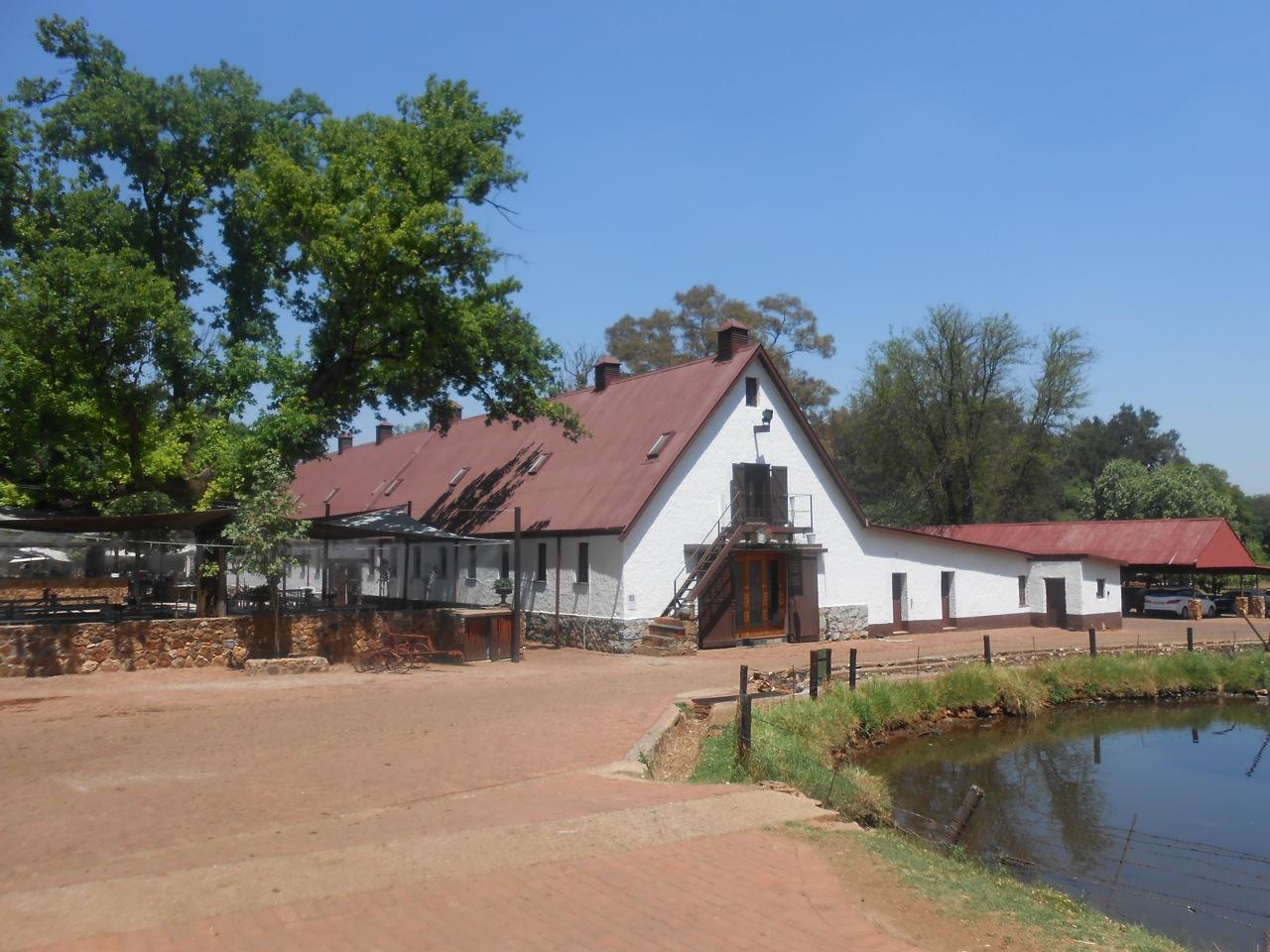 John Albert van der Byl was a man of foresight. Coming to Pretoria in the 1890s at the suggestion of Percy Fitzpatrick, writer, politician and adventurer, he bought with him from his previous home in the Bredasdorp district of the Cape Province a shrewd planning instinct and a love of gardens. Settling down some ten miles south-east of Pretoria, John van der Byl established himself, his wife and his young son Henry on a farm bought from a famous figure at that time, Nellmapius. But it was a farm in name only. Nellmapius, an adventurer, transport rider and financier whose name is linked with many stirring ventures in the early days of the Transvaal, had built himself a house there and surrounded it with some avenues of Casaurina trees. 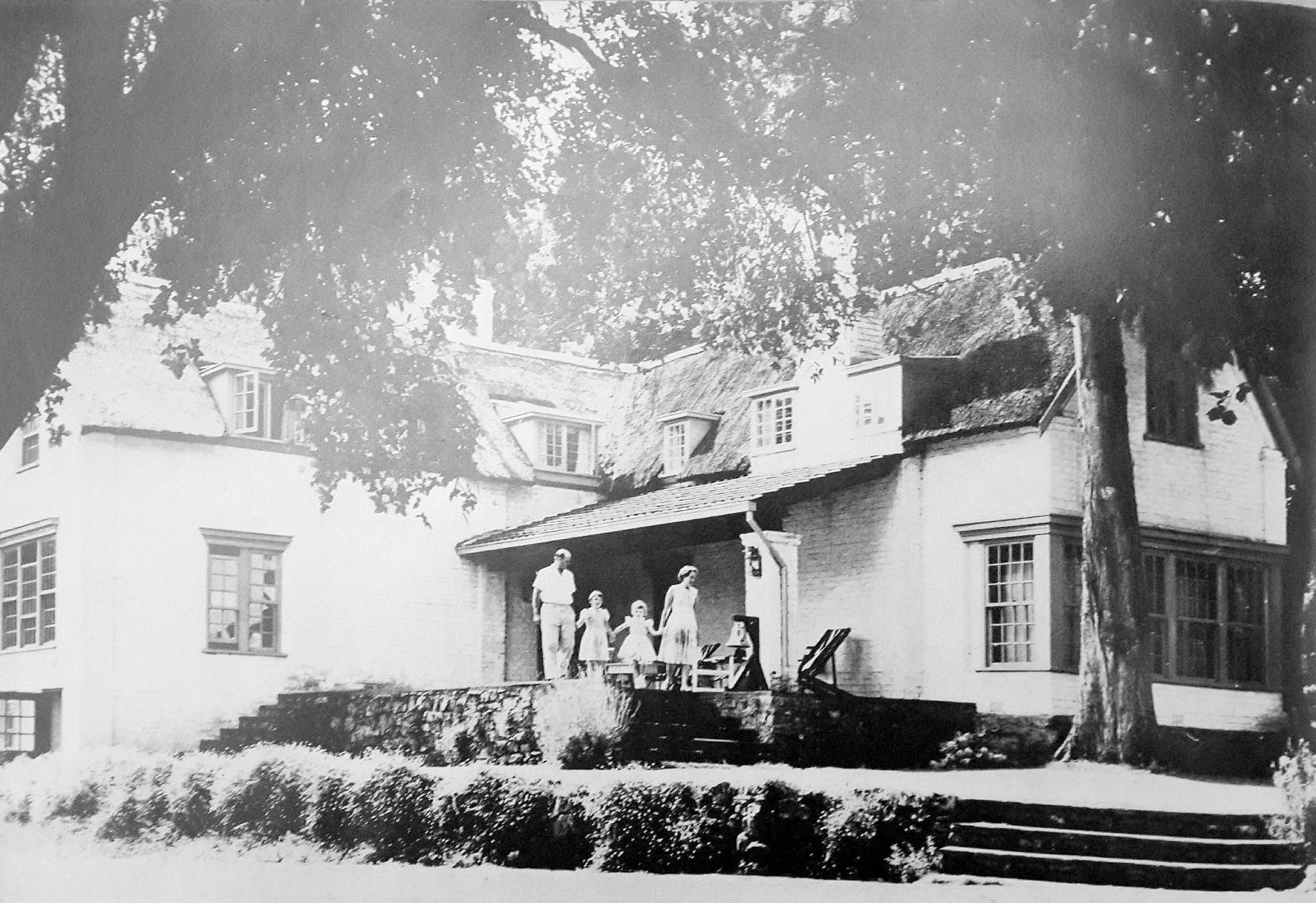 For Nellmapius the farm was merely an investment, a part of one of the several fortunes which he made during his lifetime. He named the farm after his daughter Irene, and lived in the house for a while. Then he sold to John van der Byl. The latter took the garden and expanded it; he studied the 11000-acre farm and developed it. He spanned it with a network of irrigation furrows. He farmed crops, cattle and ostriches. Finding little market for his vegetables and milk he decided to create one. He cut up one section of the farm into plots, establishing the village of Irene. Soon the farm had a growing settlement; there was a market for its produce; and John van der Byl had become the local squire. 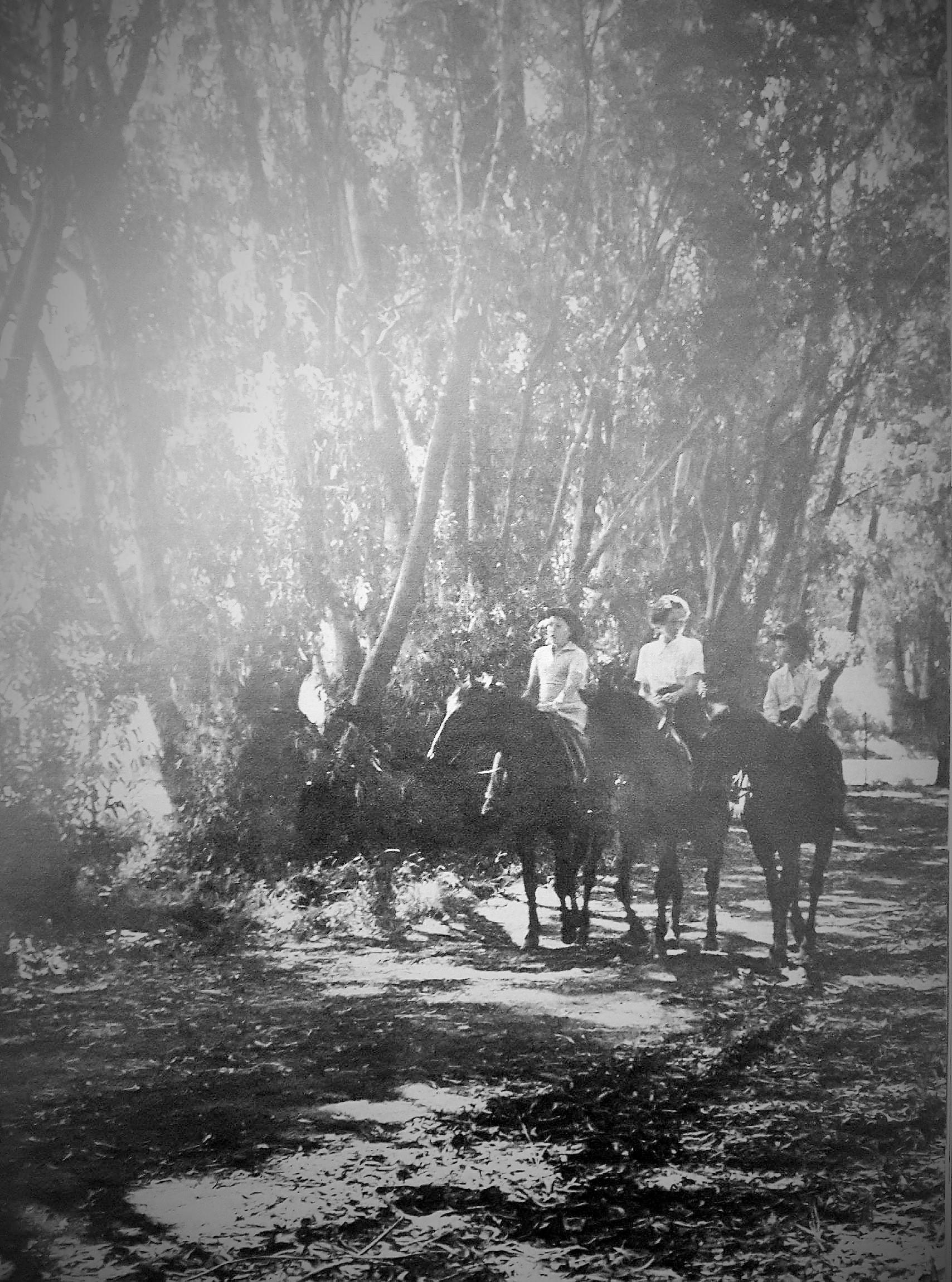 John and son Henry farmed in partnership during the 1920s, the period which saw the end of the ostriches and the accent being placed on making Irene Estates a dairy farm. Eventually John handed over the farm to Henry, who continued its development and expansion. Under the care of Henry's wife the garden prospered, the avenues were extended, the trees grew into giants. The first Mrs van der Byl had landscaped the acres around the house into an old-world garden; Henry's wife added fountains, arbours and greenhouses, carpeted the shade with violets - which used to be sold in the village together with the farm's vegetables and dairy products. Nellmapius's house was enlarged, rivalling Pretoria's most gracious homes. 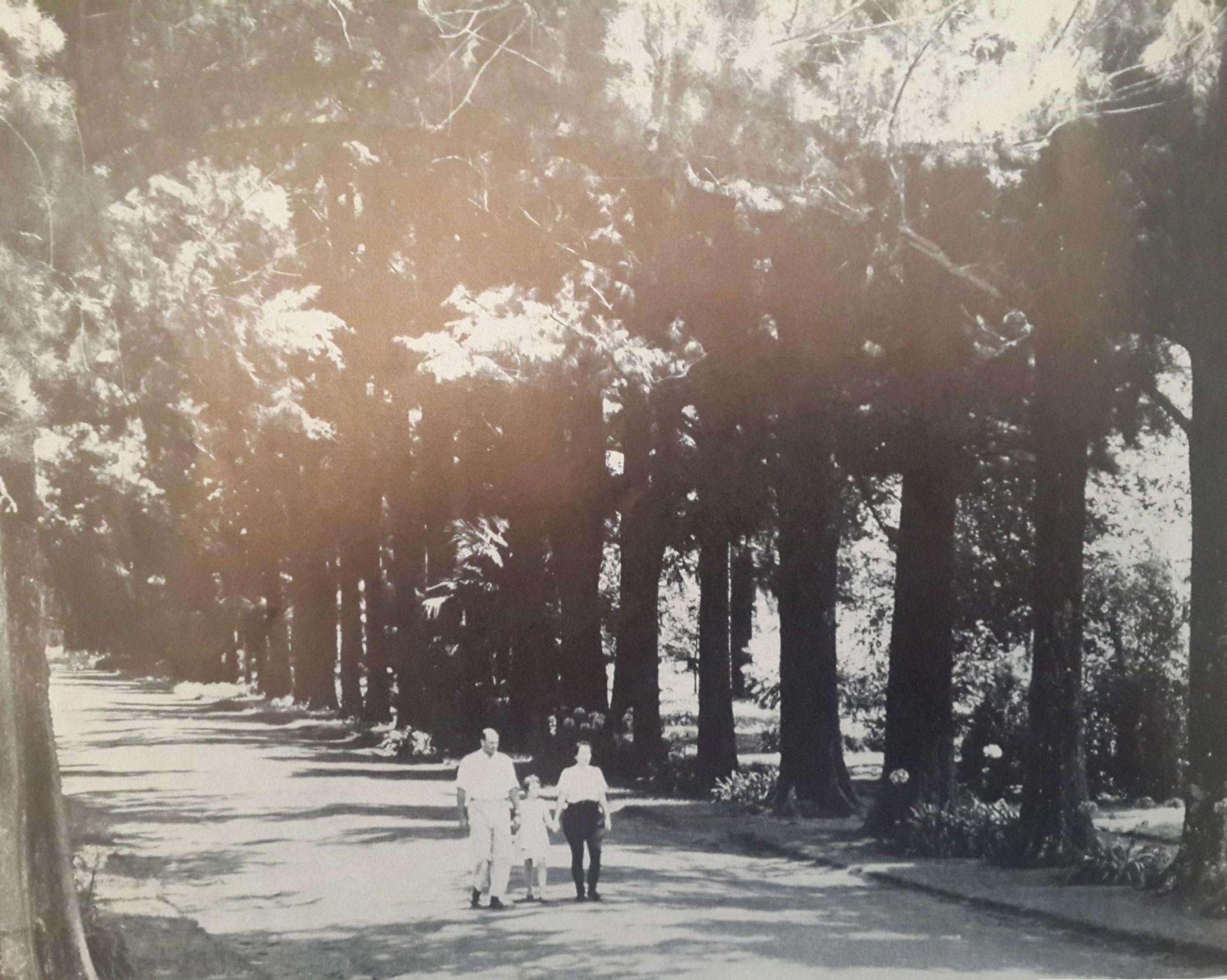 This was a period of elegance: transportation was by Cape cart - light two-horse carriages - and the main road to Pretoria crossed the Van der Byl farm, becoming the main avenue where it passed the door of the residence. But this was no inconvenience, for cars were almost unheard of, and scarcely two carriages passed during a day. The peace of the garden remained undisturbed. Its hydrangeas, wisteria and irises set the theme of quiet beauty.

Distinguished visitors came to the farm. Among these a neighbour, General Smuts, called in frequently. Smuts used to seek mental relaxation in long walks through the veld. Doornkloof - his farm - sliced into Irene Estates like a wedge. Often he would begin his walk by calling in on the Van der Byls and wandering for a while with them enjoying nature's beauty in the garden. Then he would be off at the cracking pace which he knew would leave his official bodyguards straggling miles behind. For him the veld was something to be enjoyed alone. 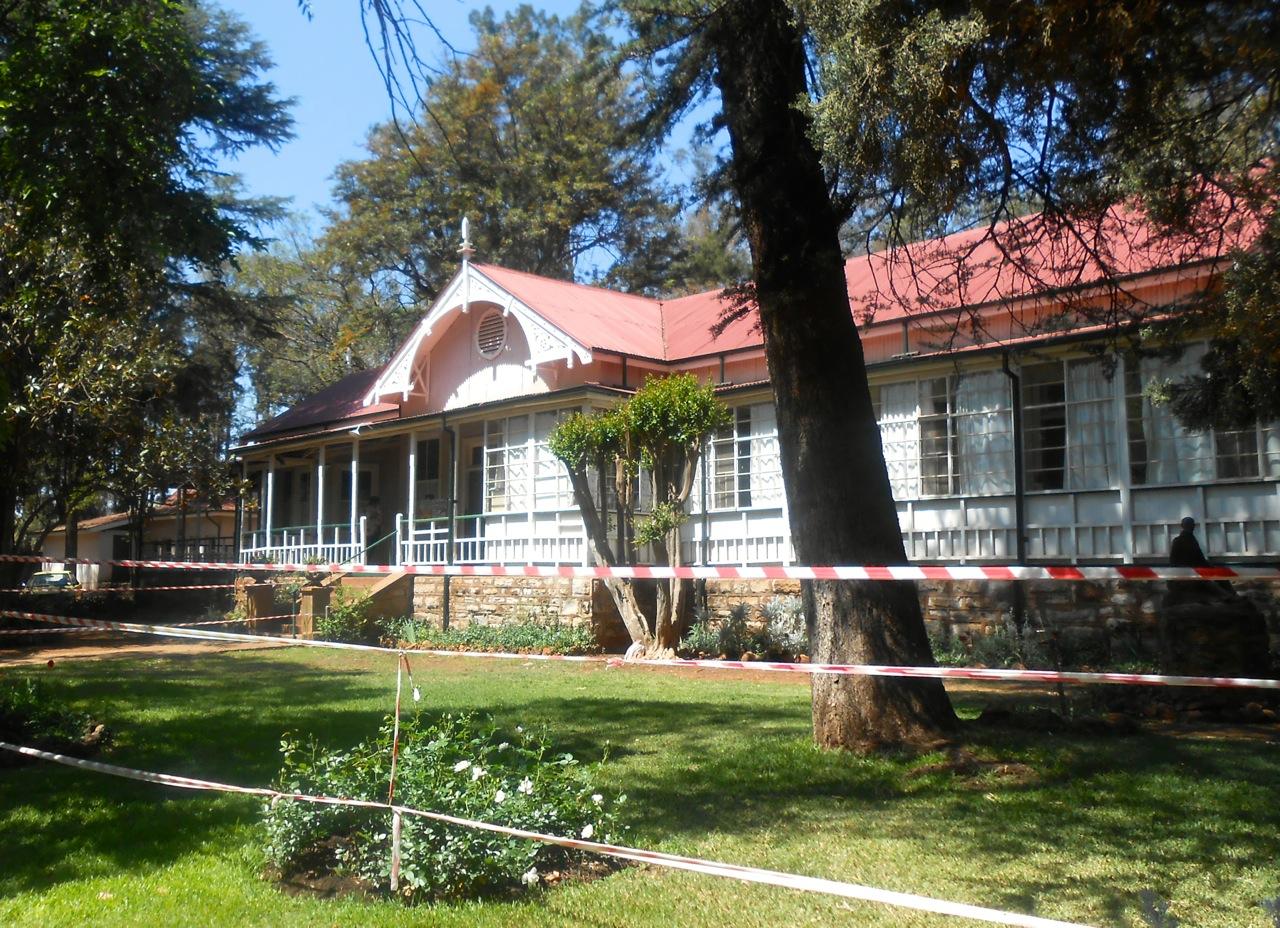 Smuts House next door to Irene Estates (The Heritage Portal)

The Van der Byls are still deeply involved in Irene and have opened up a number of spaces for the public to visit. Click here for all the details.