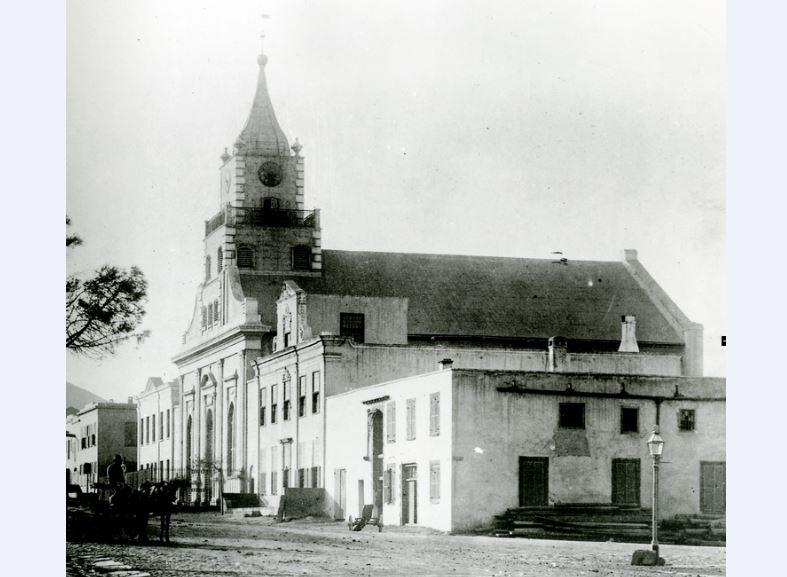 [Originally published January 2014 - Click here to view updates]   For almost four years there has been controversy relating to a proposed addition to the 18th century warehouse in the Lutheran Church block in Strand Street. The structure has been altered radically over the years and, today, it is prized for its landmark importance; its context in the close association it has with the historical Lutheran Church and the culturally significant structures in Strand Street, between Buitengracht and Bree Street.

Last November, the Planning and General Appeals Committee ruled that an appeal by the developer against an earlier decision had failed.

The minutes of this meeting list a number of reasons as irrefutable facts with no principles advanced in support of them.

One of the reasons given is that the “...26m-high building will ‘dominate’ the historical street block and ‘detract’ from the Lutheran Church as the landmark building within the block”. 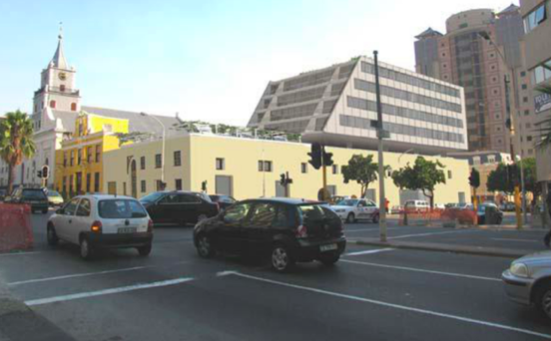 An early version of the plan

The appeals committee, and those who have protested against the proposed alteration, appear to be oblivious to the fact that the “historical streetscape” is limited to one side of Strand Street, or that all around the church the historical context has been eroded by new, tall, out-of-scale structures (one directly across the road from the church).

Recognition of these realities should feature in any genuine critique of the proposed development.

Another reason states that “the proposed building will obscure significant views of the church steeple and Signal Hill from the corner of Waterkant and Bree Street”.

That a barely visible view of the church steeple has been singled out for conservation is remarkable and suggests that the standard of judgement applied to the proposed alterations of the warehouse is selective, based on subjectivity, and is more stringent than those applied in earlier developments in the area.

Many structures in proximity to the church obscure Signal Hill and views of the church steeple even more than what is now proposed. Multiple wrong decisions do not justify yet another one, but the lack of consistency casts doubt on whether this reason even warrants mention.

This criticism is spurious. It is also asserted by the appeals committee that “the proposed parking deck and pergola structures will be visible from surrounding streets and when viewed from above, will be detrimental to the area’s aesthetic and historical significance”.

In fact, the parking decks would seem to be discreetly designed to be invisible from the street.

With regard to the view from above, the question needs to be asked: are there by-laws that control what happens on roof tops in the area, or is this another example of rules applied selectively?

Another reason given is that “the proposed position, height and width of the service core (lifts, shafts and stairwells) abutting the courtyard behind the Lutheran Church will have a negative visual impact on the historical street block and the abutting courtyard which forms a public space accessible off Waterkant Street”.

The lift lobby, stairwells and walkthrough were carefully designed to integrate the buildings on the block. The proposed walkthrough from Bree to Waterkant makes an exciting link and the church court- yard becomes exposed as an important heritage space. The back gable of the church and the vestry become visible as one mounts the stair. The proposed scheme opens up the block and exposes important heritage elements from both the church and the warehouse. None of this is acknowledged, yet without reasons, it is predicted it will have a negative effect.

Ensuring the economic viability of the warehouse must be a priority if the structure is to be maintained. If it is not properly maintained, it will inevitably become neglected and decayed. In that way, the structure will be lost to the city. The developer intends to achieve economic viability by making additions to the old structure. Thus, architectural and conservation issues are relevant when it comes to the integration of what is old and what is new.

The appeals committee seems to favour the employment of setbacks to articulate the old from the new and eliminate “sheer surfaces”, though why these are undesirable is not explained. The means adopted by the architect are to articulate the junction by creating deep shadow at the point where old and new meet. The shadow serves to separate the warehouse from the proposed addition and causes it to virtually float above the historical building.

This in itself, though by no means revolutionary, is a brilliant tour de force, but added to this is the responsive way the addition is moved towards Waterkant Street, and by this device the view of the steeple is made as visible as possible without affecting the structures that exist between Bree Street and the Lutheran Church.

Another reason for refusing the appeal is that “the proposals will be detrimental to the maintenance of the architectural, aesthetic and historical significance of the area”.

Not only does the appeals committee imply that the proposal by acclaimed architect Gabriel “Gawie” Fagan does not pass muster, it thinks it is damaging to the environment. It is said a prophet is not without honour, save in his own country. Though not generally true in the case of Fagan, in respect of the development under consideration, it is.

Fagan is undoubtedly the greatest living architect in South Africa and for his architectural skills to be so dismissively and sanctimoniously treated discredits those who do so, more than him. The court of informed architectural opinion has, it seems, still not spoken. I hope it will now do so.

This should demonstrate to all that the appeals committee may have the power to relegate fine architectural concepts to a page of history, but doesn’t have the expertise to do so with humility in the face of great creative talent.

Herbert Prins, an architect and former academic in the Uni- versity of the Witwatersrand’s department of architecture, prac- tises as a heritage consultant. He holds a Gold Medal of Distinction awarded by the Institute of South African Architects, a Gold Medal of the Simon van der Stel Foundation and the GIFA Honorary Life Membership Award.