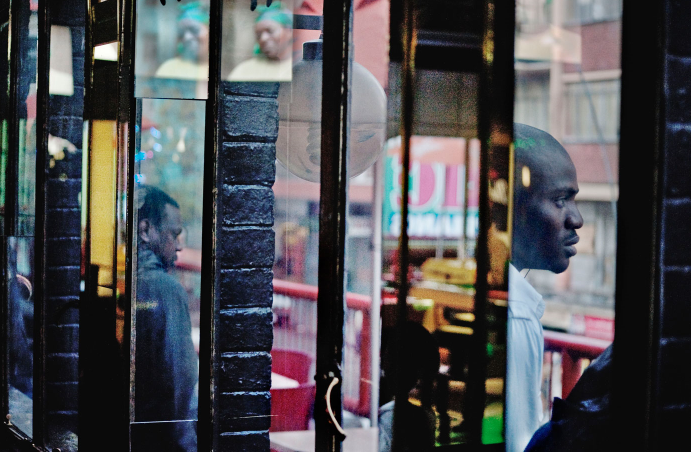 Last year I was privileged to join a guided tour of the photographic exhibition on show on the mezzanine level of the Wits Art Museum, led by the photographer himself, Graeme Williams. It comprises 50 choice photographic works of Williams, who is the third winner of the prestigious Ernest Cole Photographic award. The award gives photographers the opportunity to produce an exhibition and to publish a book. A fine hardcover book of photographs accompanies the exhibition and includes a reflective essay on Johannesburg by Leon De Kock.

Graeme is a professional photographer but one who uses his lens as a tool to capture the moods, emotions and texture of the City of Johannesburg. This collection of coloured photographs taken with a digital camera over the last three years, 2012-2015 seeks to expose a rather different city to the heritage city which some of us work hard to preserve. Nor is this exhibition about the city’s architecture.

His city is one about the feelings, moods and experiences of people who live in the inner city of today. It is a strange exhibition because there are no captions, no titles, no explanatory labels to the works. No date, no place, no time of day is listed. This means it is for the viewer to make what she will of each image although there is a background explanatory text that contextualises the exhibition. 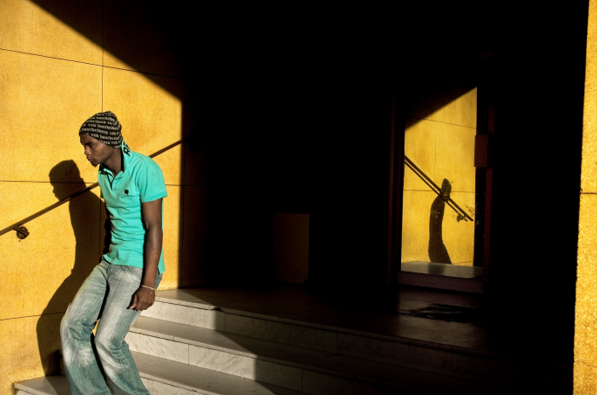 Williams starts from the premise that Johannesburg is a city reflecting seismic demographic changes of recent years, from the racially exclusive white city centre (of the sixties and seventies), through the changes that came in the eighties and nineties, where by the early 1990s Johannesburg had become a cosmopolitan integrated city of all colours and hues, through to the recent redefinition once again as a black African city as whites moved out of the city centre, and new immigrants from other parts of the continent came to seek their fortunes. There are today new divisions as areas and buildings become little Ethiopia, or little Somalia, or all Ghanaian. This is Williams’ interpretation of Johannesburg as a weird place. His canvas is residential Johannesburg. His city is a place of migration, and what it is like to be displaced and finding your way as perhaps an alien newcomer within the interstices of the city. Where do you sleep, what work can you do, what is your daily occupation? 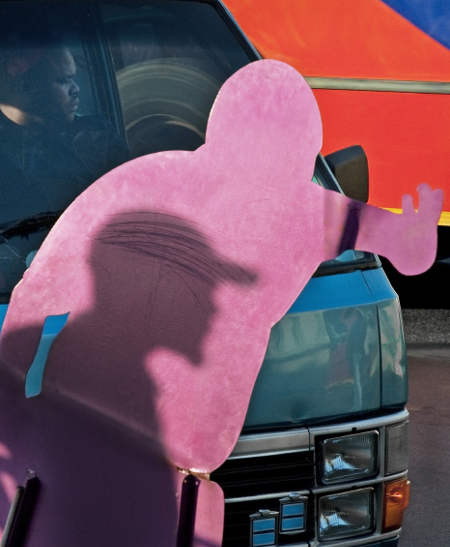 Williams considers that an interpretation of the photographs he has taken and attaching a label is secondary to capturing a mood. Labels impose already decided upon interpretations by others (even the artist). His objective is to challenge one’s way of thinking about what makes a photograph, how to take a photograph, or what will interest the viewer of an image. I am reminded that there is a great contrast between tramping the hard streets with three ex bruiser boxers as his body guards cum companions and seeing the output in a well-lit magnificent gallery. I wondered how many of his subjects would even think of dropping in on the Wits Art Museum!

He shifts from emphasising images of things to wanting his photographs to hold mood and moment. Through long time exposure techniques the image in the frame becomes two dimensional. I pondered on the use of the word “refracted” which means the bending of a wave as it passes through one medium to another, and in this instance it is all about what the artist sees when he works to refract light. There is more than one meaning to that word “refracted” as one views the photographs. 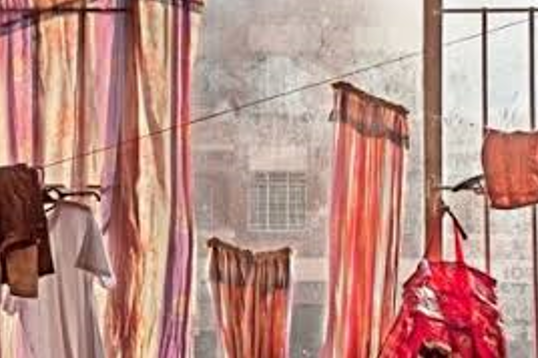 Texture in the faces and bodies of people or on a grainy wall or a wrought iron gate bring stories as much as questions to the fore. These are people whose lives are refracted by and in the city. Who are these people who you see between shadow and light, walking down a stairway or caught in the glare of a taxi light? Why are the women at the Summit Club in Hillbrow sex workers? There are no answers just more questions, but in an utterly non-judgmental way. There is also great beauty in these images taken at strange times of the day and night. For example, Graeme explained that one photograph was of a reggae club in Newtown where he had to arrive at 1 am to catch the  “hot” action. There are only one or two photographs of “place”, but these certainly appealed to me. For example, seeing the familiar water towers of the Yeoville Ridge through a city window. 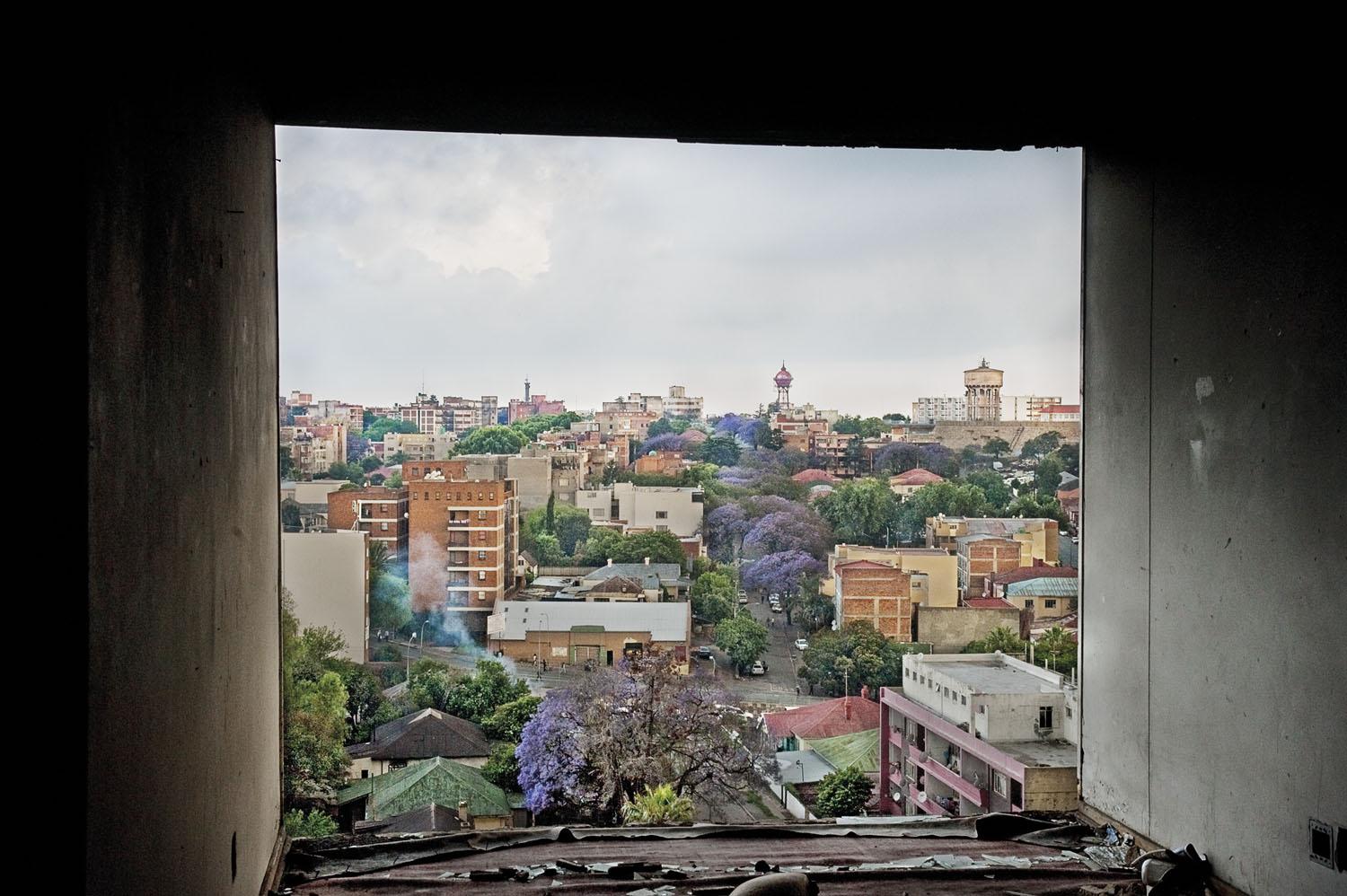 In addition, the side cabinets of the WAM mezzanine gallery are filled with Graeme’s collection of accumulated memorabilia of four 20th century (50s, 60s, 70s and 80s) decades of lives lived in South Africa in an era of segregation and apartheid. Many of these objects are debris from “white “lives (the tin with the colour picture of the Voortrekker Monument, the cigarette butts in the ashtray, the triangular shaped ceramic plates with the imagined “bushmen” stick figures, the boere music, the vinyl top chart records of the era. All these items contrast sharply against the photographs you have just absorbed and so one’s brain nudged into another direction of memory and reflection. These displays are also about how the media approached and represented various topics. In a sense the objects Graeme has collected are about a Johannesburg lifestyle that no longer exists. Graeme stated that the presentation was in no particular order but the random layout imposed its own coherence.

Graeme William’s work reminded me of the work of two other photographers who have documented Johannesburg. Mark Lewis has illustrated the recent book Tea at Anstey’s published by Fourthwall books (2015) which gives a less unsettling but equally revealing view of life in the inner city today. The second is Patrick de Mervelec’s Johannesburg Architecture and Heritage (2012), where the buildings of old Johannesburg, captured in black and white are central and people don’t feature at all. A very different insight of Johannesburg but a good contrast.

Graeme Williams’ exhibition at WAM runs until 24 January 2016.  It is well worth a visit. Come with an open mind and be prepared to work hard to find your own meaning in each of the photographs. You will learn something new about Johannesburg. 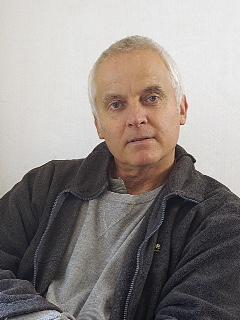