The History of Jacaranda Trees in Pretoria

In 1939 these trees were fenced in as a protection measure. A plaque was also placed at the site to commemorate the event. This was unveiled by the Mayor of Pretoria, Ben Swart, on 8 November 1939. This indeed indicates that jacaranda trees were seen as important to the city. It is said that many of the jacaranda trees in the city originated from these two so-called ”parent trees”. 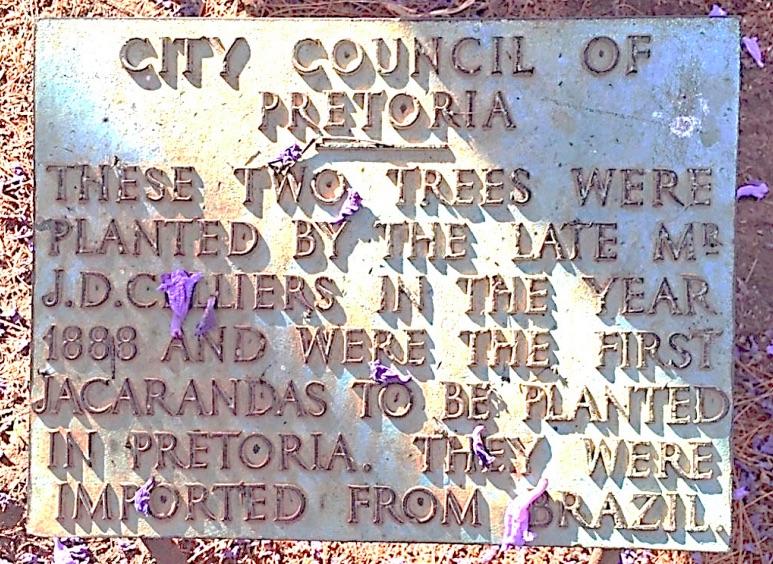 One of the first Jacaranda in Pretoria - AC van Vollenhoven - 2020.jpeg 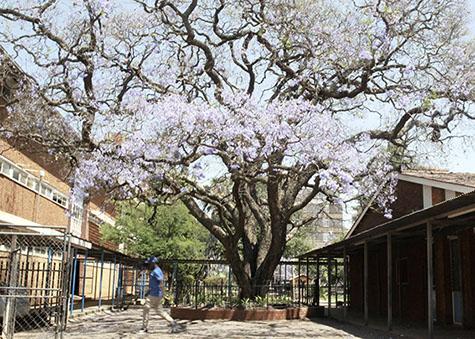 One of the first two Jacaranda trees in Pretoria. Both are still going strong. (AC van Vollenhoven)

In 1898 Celliers secured a concession from the government to plant trees in Groenkloof. He ordered the seeds, which included jacaranda seeds, through a Pretoria businessman, James D Clark. Clark also donated 200 jacaranda trees for the 51st anniversary of the founding of Pretoria on 16 November 1906. This was the start of the planting of jacaranda trees along the streets in Pretoria. The first of these were along Koch Street (now Bosman Street) and in Arcadia Park. They were mostly planted by school children. The two trees on the corner of Koch and Boom Street were planted by the Mayor (JJ Kirkness) and his wife. Many of these trees died, but Clark had them replaced.

For his contribution, Clark was nicknamed “Jacaranda Jim”. There is little known about Clark. He came to Pretoria from Grahamstown in 1879 and started a business as florist, nurseryman and seedsman in Church Street, Pretoria. He later on was known as a successful businessman, serving on the boards of various financial institutions and welfare societies. He died on 2 January 1956 at the age of 92 and is buried under a jacaranda tree in the Heroes’ Acre in Pretoria. His nickname, “Jacaranda Jim” is inscribed on his headstone.

There was however a second person with this nickname, namely Frank Walter Jameson. He is the person most famous for his contribution to the planting of jacaranda trees in Pretoria and received the nickname “Jacaranda Jim” as a result of his influence in the planting of these trees in the town. He was not only the person responsible for planting the most jacaranda trees in Pretoria, but also planted them in Kimberley and Nairobi. 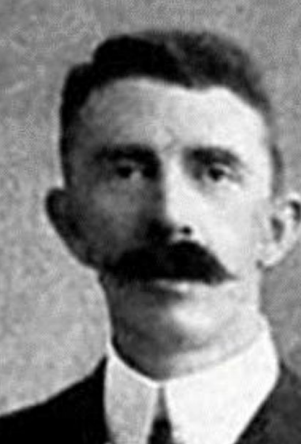 His link to Pretoria started in 1905 when he was seconded and appointed technical commissioner by the governor of Transvaal to inquire into the Pretoria Sewage Scheme and a threatened interdict in this regard. In 1909, he was appointed town engineer of Pretoria where he remained until 1920. He also established a nursery for the propagation of jacarandas and other trees. For many years this nursery provided trees for the city’s streets. Mrs Celliers indicated that Jameson told her that it was after he saw the beautiful trees in their garden that he decided more jacaranda trees should be planted. Jameson indicated that one of the reasons why he decided on jacaranda trees, was their adaptability to local conditions, especially the cold winter months. This leads to natural pruning, resulting in less effort needed from the city’s parks department to keep the trees in shape.

Jameson planted 40 miles of jacarandas in the city in 1911. During this time the City Council even donated two jacaranda trees to all residents who allowed them to remove large trees with roots that became a threat to the sewage system in the town. When he left Pretoria, no fewer than 6 000 jacarandas had been planted here. The policy of the City Council to plant jacarandas however remained and encouraged by Jameson, the numbers had risen to 17 000 by 1939. In 1957 this number had increased to 25 000. Jameson, who resided at Ellensgate in Arcadia, died on 16 February 1956 and was laid to rest in the Rebecca Street cemetery in Pretoria West, which hosts a large number of jacaranda trees. Although Jameson wished to be buried underneath a jacaranda, his grave is underneath a stinkwood tree.

Pretoria became famous for the purple flowering trees and received the nickname, the “Jacaranda City”. As a result of Jameson’s influence, the popularity of jacarandas as a street tree took off and they now line many kilometres of streets throughout Pretoria. It is estimated that the town is host to about 37 000 of these trees along its streets. It is also estimated that the figure may be as high as 65 000, but that would include trees in the outlying areas of the city.

This article first appeared in the December 2021 edition of The Arcadian. Click here to access the original story.