Two architects left deep footprints in the development of Windhoek 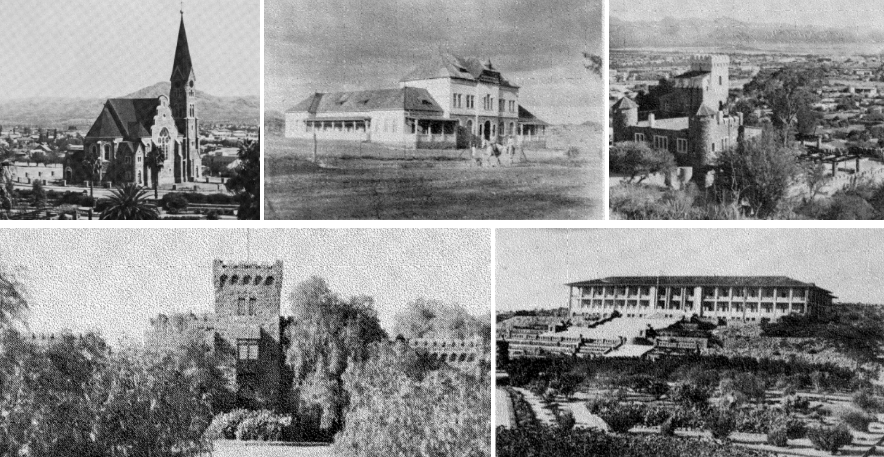 In the article below, Dr Nikolai Mossolow highlights the work of two architects who left their mark on the built environment of Windhoek (and other towns in Namibia). The piece was published in the August 1978 edition of Restorica hence the reference to South West Africa. Thank you to the Heritage Association of South Africa and the University of Pretoria for giving us permission to publish.

Two architects left deep footprints in the development of Windhoek, and with that in the history of South West Africa: Gottlieb Redecker and Wilhelm Sander.

Redecker was born on the 30th April, 1871, as the son of the missionary colonist Wilhelm Redecker at Otjimbingwe, South West Africa, which was, as it was called at the time, the central point of Damaraland, and as from the 1st February, 1876, he attended the missionary school which opened on that day, established by the Missionary Bernsmann for the mission children. 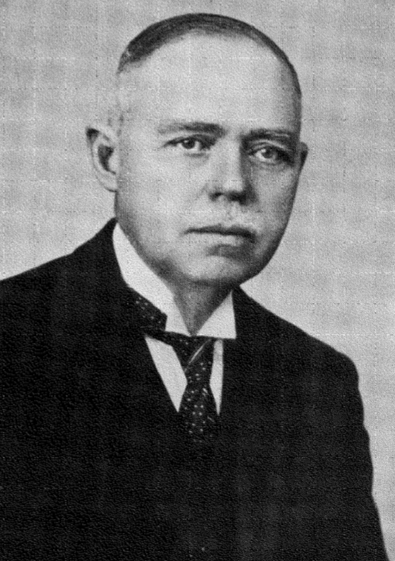 After the death of his mother in 1882 he was sent to relatives in Germany at Gütersloh. After the completion of his studies at the High School he studied building construction and became a structural engineer. At the end of 1895 he was commissioned by the Otjimbingwe firm of Halbich to construct a wagon factory at Otjimbingwe, and in addition to deliver and install the necessary machines for the purpose. On the 31st January 1896 he brought along a whole installation to Walvis Bay, which was brought to Otjimbingwe by ox-wagon. On the 7th October the opening of this factory took place, the building of which stands to this day. At the end of the same year Redecker returned to Germany, where he got married. From there he was sent to South West Africa by the Department of the Exterior as a government architect, and departed at the end of 1899. At the end of 1901 he became the head of the Department of Building Construction. Through his knowledge of the native languages he could also render invaluable service to the Government.

With the erection of the Christuskirche and the Government Buildings, commonly known as the "Tintenpalast" - both of his own design - he erected monuments for himself. (Many other buildings could unfortunately not be mentioned here). 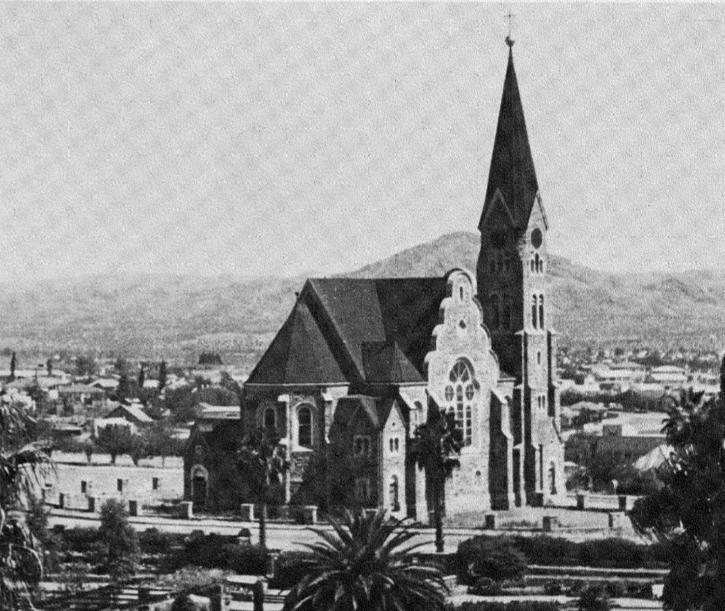 Government Building known as the Tintenplast circa 1930 - Restorica August 1978.png 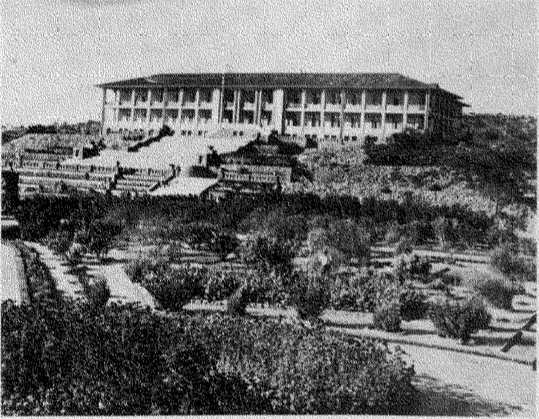 The design of the Christuskirche (in neo-romanesque style) was approved in 1904, and on the 11th August 1907, the cornerstone was laid in the presence of Governor Von Lindequist, and on the 15th October, 1910, the consecration took place. (On the 29th November, 1974, the church was proclaimed a historical monument).

The erection of the "Tintenpalast" was announced in 1910, and the building was completed and occupied in October 1913. During the First World War, on the 1st April 1915, Redecker assumed responsibility, by order of Governor Dr Seitz who departed from Windhoek on the 1st of May, with the administration of the fiscal affairs which he left behind. After the arrival of General Botha and the occupation of Windhoek by the Union troops on the 12th of May, he had a difficult task, and position. He was interned in Kimberley and only after the Treaty of Khorab on the 9th July, 1915, was he released and he arrived in Windhoek in August of that year.

Redecker remained in South West Africa until 1921; in 1919 he was promoted to Councillor to the Government. After his return to Germany he became an official of the Reichs Compensation Office for War Losses. In 1922 the title of "Privy Councillor" was bestowed on him in view of his colonial activities. In 1931, after his years in colonial service were taken doubly, he was credited with 53 years of service and was retired of his own free will by the Reichs President Von Hindenburg. As a pensioner Redecker lived in Berlin.

During the summer of 1944 he moved to Gütersloh because of the steadily more intensive air attacks. It was the irony of fate that he and his wife met their death in this town as a result of a bombing attack on the 21st January, 1945, while his house in Berlin remained unscathed.

Sander was born in Berlin on the 10th December, 1860. He studied at the Building Industry School in Hoexter where he completed his studies in 1886, after which he worked in Berlin-Lichterfelde. Having a gift for, and keen on the romantic old-German architecture, he built himself a double storey house in Lichterfelde in 1894. Architectural and stylistic elements of this could be looked for on the border of the northern and central German provinces. 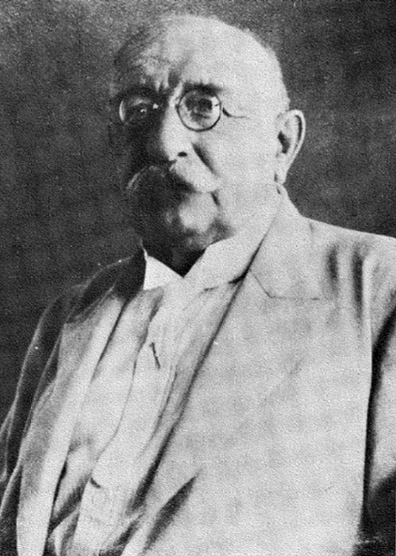 After the construction of this house Sander landed in difficulties as a result of the high cost of building and the burden of the bonds. The house was sold to the banker Emisch, and today counts among the most beautiful and most original houses of its class, not only in Lichterfelde, but in the whole of Berlin. In 1973 it was completely restored with the aid of the "Berlin City Guardianship".

In 1901 Sander entered the service of the German Colonial Company for South West Africa, and he landed in Luderitz. His first building was the station building (and the lighthouse) in Swakopmund, which was proclaimed a historical monument on the 27th October 1972. 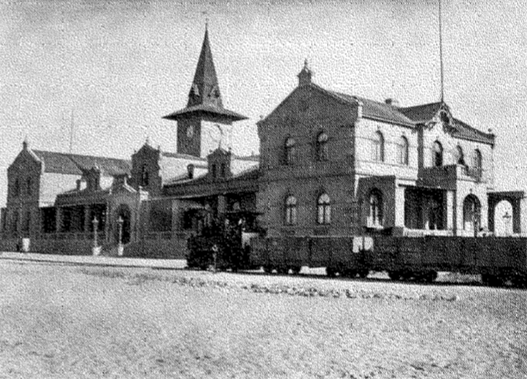 Commissioned by Baron H H von Wolff, a Baltic German, who was married to the daughter of an American millionaire (Jeta, nee Humphries), Sander in 1909 built the castle of Duwisib which gives the effect of a mirage in the desert, situated 72 kilometres from Maltahohe on the fringe of the Namib, on the 56 000 hectare farm with the same name. The construction costs of it amounted to 250 000 Golden Marks! It is almost two storeys high with a quadrangular tower in the middle of the square building with a facade of hewn stone, with low (also quadrangular) towers on all four sides. Noteworthy is the interior architecture of this building, as well as the decor from the Baltic land of origin - Estonia - of the former owner, the furniture which he brought with him. The castle is today externally and internally in the best state of preservation, and the furniture as before 1914! The building style is in keeping with the romantic tendencies of the fortresses constructed in the German colonial times in South West Africa, like Namutoni, Gochas, Omaruru, Okahandja - but it excels the architectural characteristics of these structures, as well as in taste, elegance, excellence of finish, of the materials, as well as the expenses incurred. 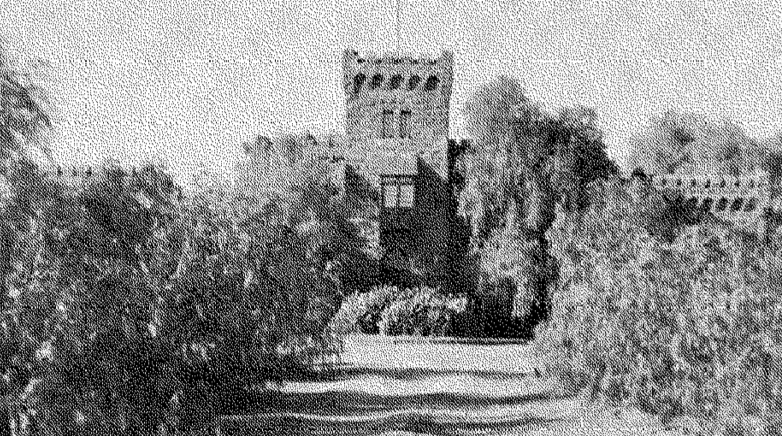 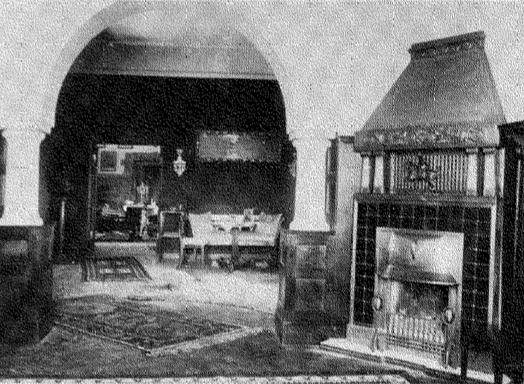 In 1911 Sander designed and built the purchasing and selling company's building, which today is known as Erkrath's Building, and in 1913 the adjacent Gathemann's Building, now surrounded by modern buildings, but which lend character to the main street, in a specific manner. 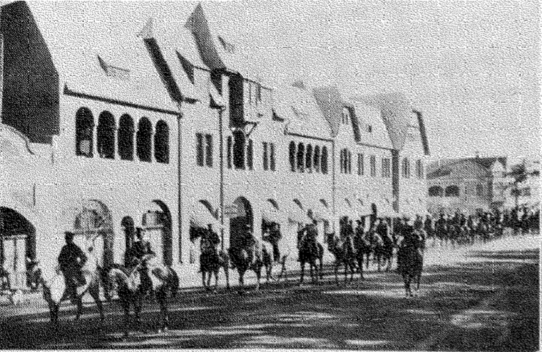 In 1912 Sander designed and built the present "Orban School". As a partner in the firm of "Sander & Kock", and in 1913 he completed the Government Building, the "Tintenpalast" of the above mentioned government architect Redecker. In the same year he built "Schwerinsburg" on the ridge of the mountain between Windhoek and Klein Windhoek, which he reconstructed from the artificial ruins of "Sperlingslust" into a castle - "Schwerinsburg" - representative of a medieval castle, which was acquired by Count Bogislaw von Schwerin. 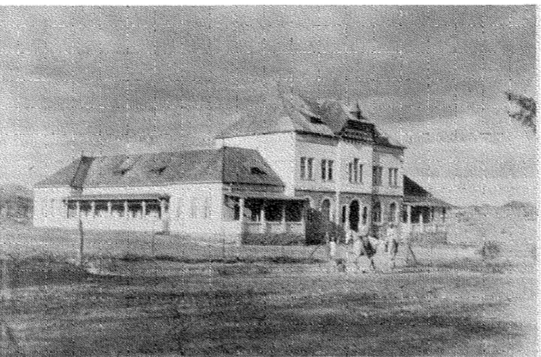 Beneath this Sander built for himself a second castle which he sold to Countess Margarete von Schwerin, nee Heynitz, in 1916, and which she called "Heynitzburg". Furthermore Sander built for himself, in the years 1917-19, a third but smaller castle, a little distance away from the first two, which he named "Sanderburg". This he occupied until 1922. 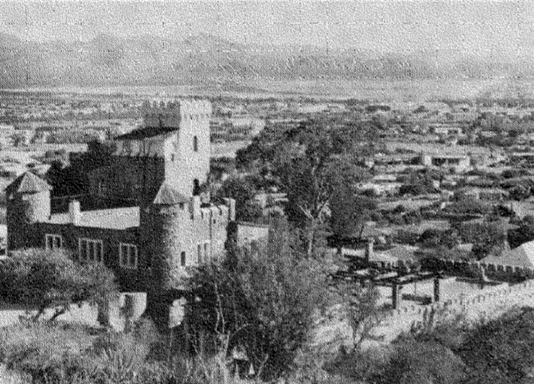 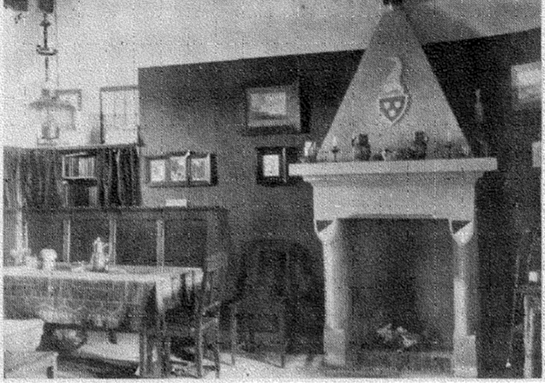 Sander had to leave Windhoek for health reasons and moved to Luderitz. In 1928 he was commissioned by the German Evangelical Lutheran Church in Keetmanshoop to build a church, which was only consecrated after his death.

Sander died on the 29th November, 1930, in Luderitz and was buried in the Windhoek graveyard.

When comparing the details and the style elements of the buildings constructed by Sander in South West Africa with those of his former house in Lichterfelde one clearly sees where Sander found his initiatives. But he also understood how to adapt his buildings to the African landscape.