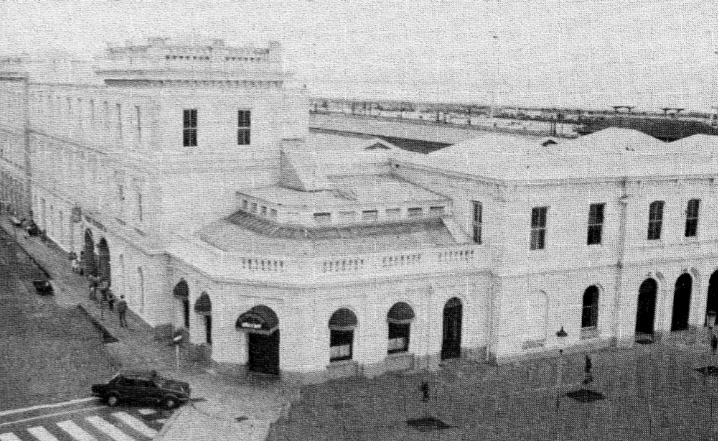 The following article on the history of the Port Elizabeth Railway Station was originally published in the October 1986 edition of Restorica, the journal of the Simon van der Stel Foundation (today the Heritage Association of South Africa). It formed part of a larger piece titled "The coming of the Railway to the Cape". Thank you to the University of Pretoria (copyright holders) for giving us permission to publish.

The aesthetic appearance and the functional lay-out of passenger stations in the longer established cities in Europe became a new challenge to architects and civil engineers alike in the last century. Passenger termini are composed essentially of two elements, firstly the platforms and railtracks in the arrival and departure hall and secondly the station entrance building, in which the booking hall, waiting rooms, baggage room, buffet, restaurant and shops are normally all situated at ground level. This is a convenient arrangement for passengers and staff, providing quick and easy movement between the platforms and the facilities in the entrance building.

The first major railway terminal in South Africa was completed in Cape Town in 1878, fifteen years after the railway to Wellington had been opened. It was designed by Mr A.W. Ackerman, architect and civil engineer, who had arrived at the Cape from England in 1875. He had left the Government Service in 1878 to start his own practice in Cape Town. The station, designed in the Victorian style of the period, served the public for more than eighty years, only being replaced in the early 1960s. 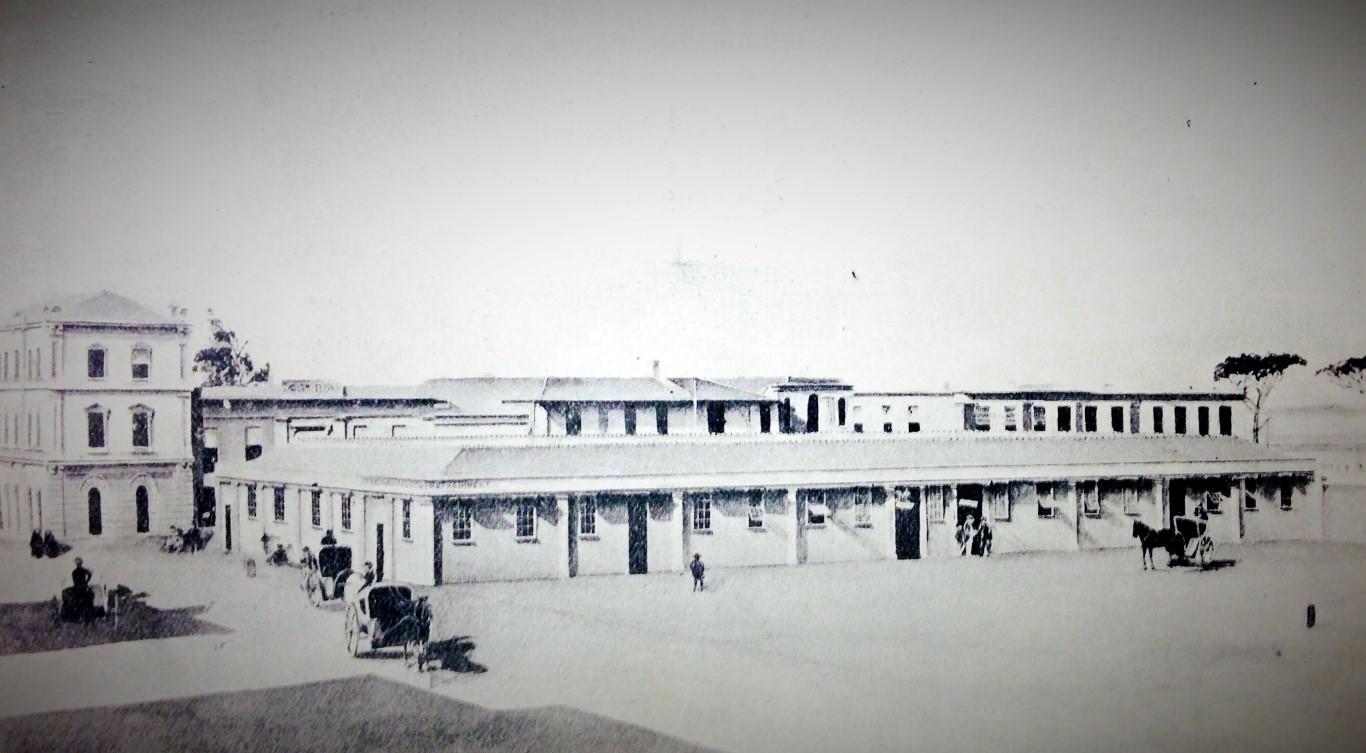 In July 1871, Mr J. Bisset, civil engineer and architect, was appointed Resident Engineer of Harbour and Public Works at Port Elizabeth. He had come out from England in 1858, as one of a team of five assistant engineers under Mr W.G. Brounger, for the Cape Town to Wellington railway. He had left "The Cape Town Railway and Dock Company" in 1862 and had been in private practice in Cape Town for nine years, of which two years had been spent with "The Sea Point Tramway Company".

Mr Bisset was the architect of the first passenger terminal in Jetty Street and he must have also been responsible for the goods station in North End and the railway workshops, all of which were built during his term of office in Port Eizabeth. Most of his time was devoted to the Port Elizabeth-Uitenhage Railway, being built by a private syndicate, and the Government line to Bushman's River (Aiicedale). 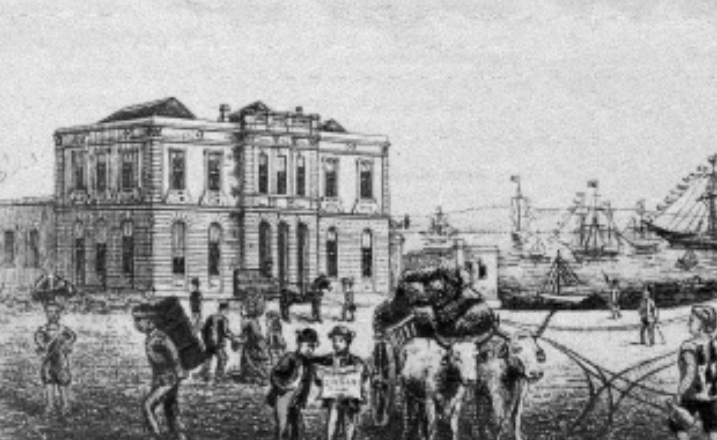 The original station was completed in 1875. It comprises a double-storeyed building with three arched doorways which led to the booking office and other facilities and, beyond, to the platforms. The Eastern Province Herald of 24 November 1874 reported: "The right wing was fitted for the telegraph department and the left wing for offices of the accountants etc. The rooms on the upper floor were reserved for the Resident Engineer and his staff." 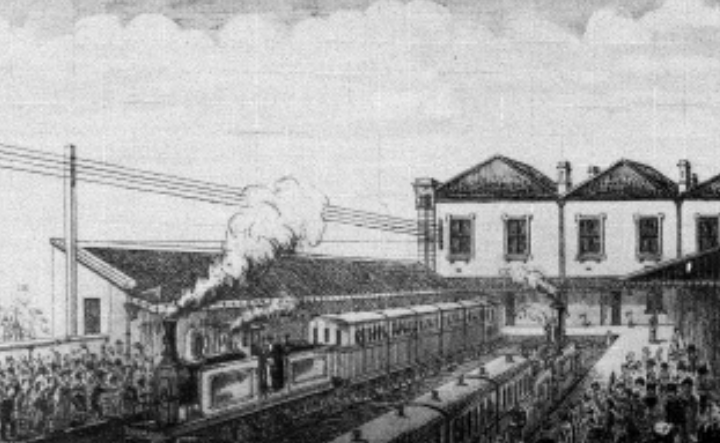 The inside view of the station taken on the opening day of the railway shows only a canopy roof over each of the two platforms. The roof structure as we know it today was provided in the 1890s, when the wing in Station Street was built.

Mr Bisset held the post of Resident Engineer in Port Elizabeth until 1879, when he retired on account of ill-health and returned to Cape Town. His last assignment was "a report on the practicability of working advantageously for railway purposes the forests in the neighbourhood of Knysna". On his recommendation a sleeper factory was established there in 1885 for the supply of creosoted yellowwood sleepers.

He returned to private practice in the early 1880s, eventually retiring in 1892. For the next ten years he devoted much of his time to civic matters and was elected Mayor of Wynberg in 1893. James Bisset died in 1919 at the ripe old age of 83. 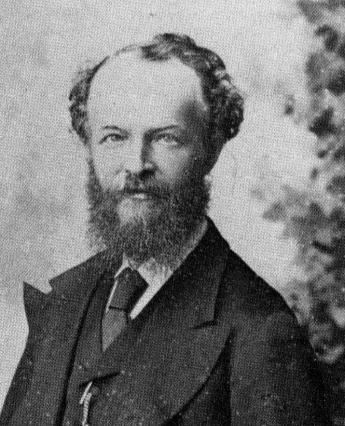 The second stage of the station development began in 1890, when preliminary plans were in preparation for a new two-storeyed building. In that year Mr E.J. Sherwood, quantity surveyor and architect, joined the Railway Service, and was appointed at Port Elizabeth under the Resident Engineer, Mr R.H. Hammersley-Heenan, to prepare the working drawings and the bills of quantities and to supervise the erection of the new station.

In the Annual Report of the Cape Government Railways for 1890/91 it is recorded: "Ample provision has been made for the requirements of the traffic at Port Elizabeth. The buildings and rookeries in several streets have been demolished and a plan has been agreed upon which will be a great improvement to the appearance of the town." A start had been made with the foundations, and in July 1891 tenders closed for the erection of the superstructure. The building was ready for occupation early in 1893.

Mrs. D. Picton-Seymour in her book Victorian Buildings in South Africa (1977) remarked that there was a definite similarity between the new wing in Station Street and the office section of the old Cape Town station, and as Ackerman was working for the Railways and the Public Works Department, Port Elizabeth station may well have been built to his design.

Bearing in mind that Ackerman designed the Cape Town office block whilst he was in the employ of the Railways (1875-1878), Sherwood, no doubt, would have been briefed to use those drawings and to adapt them to suit the local requirements and the site in Station Street.

The single-storeyed parcels-office on the corner of Station and Jetty Street, and the double-vaulted roof over the platforms and tracks formed part of the same scheme.

On completion of the station project Mr Sherwood left the Government Service to start his own practice in Port Elizabeth and, in partnership with his son, he designed many prominent buildings in this town and in Uitenhage, Graaff-Reinet and Cradock.

Office accommodation for the Midland System staff soon proved inadequate. In 1898, only five years after the new wing had been completed, the building had to be raised to three storeys.

Except for some internal alterations, the external architectural features of the buildings described have not changed much since the turn of the century.