A hidden gem in the heart of Fourways 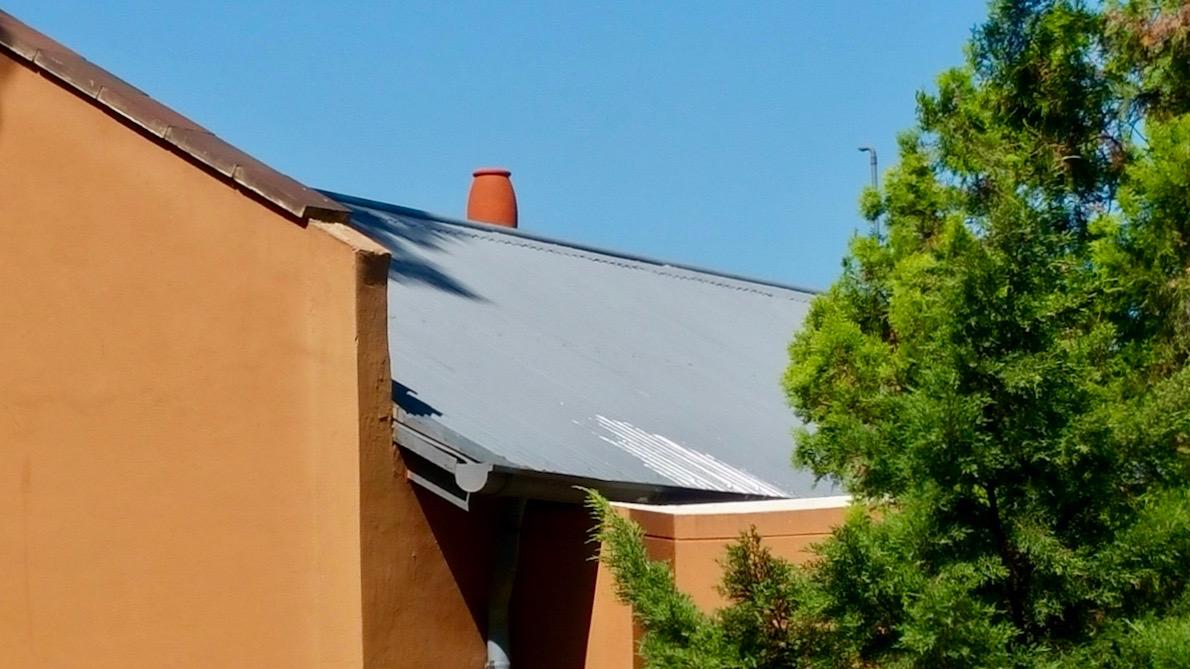 A short distance from the modern Fourways CBD lies a highly significant gem from another era... an old house that once belonged to the Van der Walt brothers who farmed watermelons in the area. Further research is needed to establish the exact age of the property but it appears as though it dates from the late 19th century which would very likely make it the oldest house in Fourways. In 1935, Ernst and Ethel Eriksen of Norscot Manor fame visited the farm and decided it was the perfect setting for their new home. Below are a few excerpts about the 'Van der Walt Cottage' taken from research on the area conducted by Avril Reid in the late 1990s. Recent photos were taken by The Heritage Portal team. Thank you to the current owner Jim Morris and his partner Henrietta for showing us around.

It was in 1935 when the Eriksen's had first seen the land to the north of Johannesburg, and Ethel Eriksen decided there and then that “this is where I want to build my home“. She had been captivated by the glorious open view to the north, with the land sloping away towards the Magaliesburg Mountains, and by the superb sunset.

The very next day Ernst Eriksen set out to find out more about the land, and it was then that he met the van der Walt brothers. The land was part of the original farm of Witkoppen which had been proclaimed as long ago as 1856 and granted to Van Vuuren. By the 1900s much of the original farm land had been in the hands of the van der Walt family for some years and was then being used as a water-melon farm, as well as for breeding Friesian cattle.

Ernst Eriksen introduced himself to the owners, and sat and had coffee with them, and before long he had persuaded them to sell 423 acres. Further acres were added at a later stage as they came up for sale, and “Norscot” eventually comprised 605 acres. 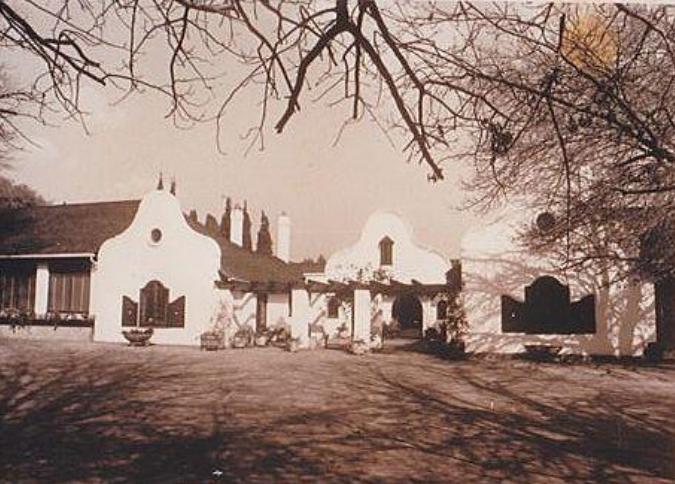 An early photo of Norscot Manor 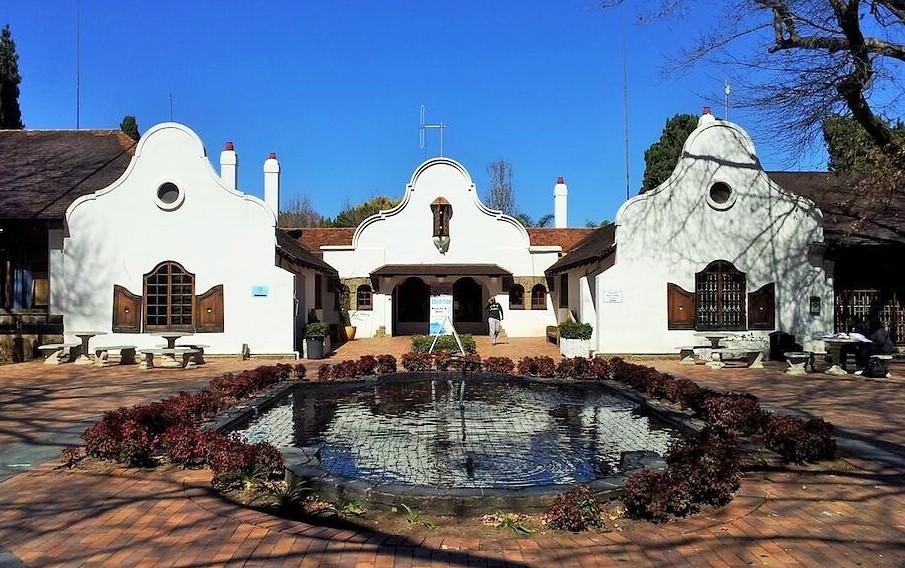 A more recent photo of Norscot Manor (The Heritage Portal)

Hidden away among the houses of Fourways, another house from the past has managed to survive. Belonging originally to the two Van Der Walt brothers, from whom Ernst Eriksen had bought the property, the house had stood in around three hundred acres, but now stands on the corner of Ibis Lane and Flamingo Avenue. It still has some of its original flooring, and its tin roof. The lounge was 40 ft long. 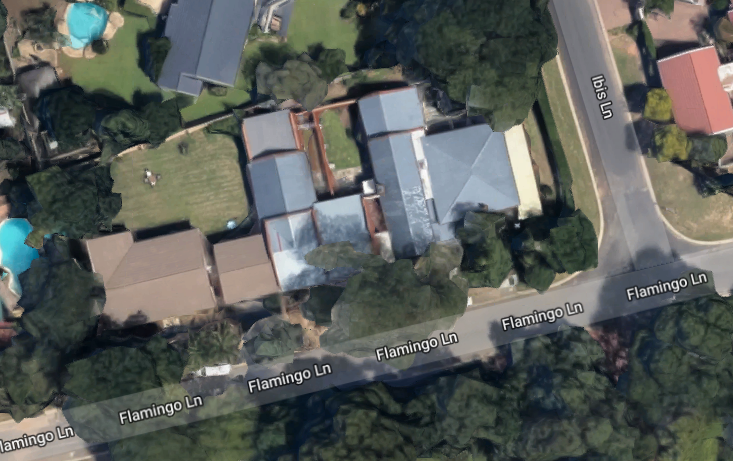 The Van der Walt Cottage from above (Google Maps) 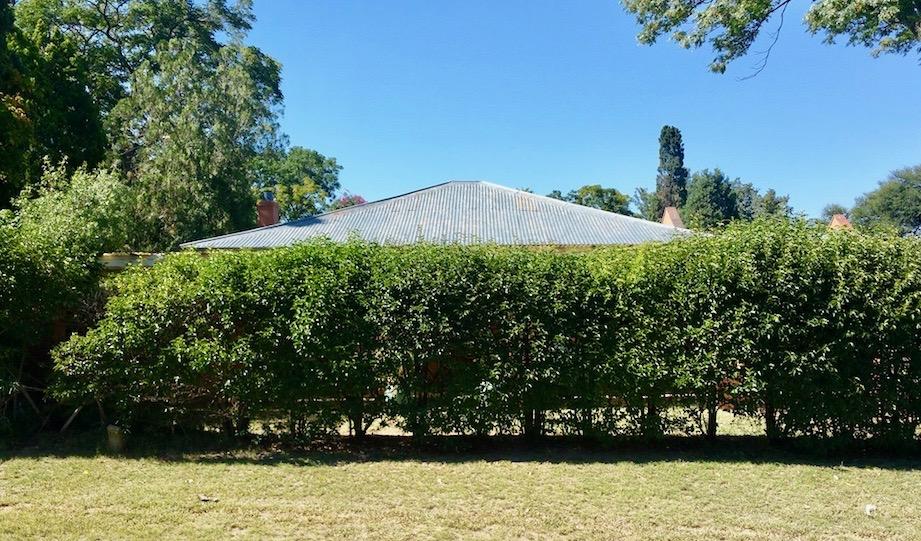 The tin roof seen from the street (The Heritage Portal) 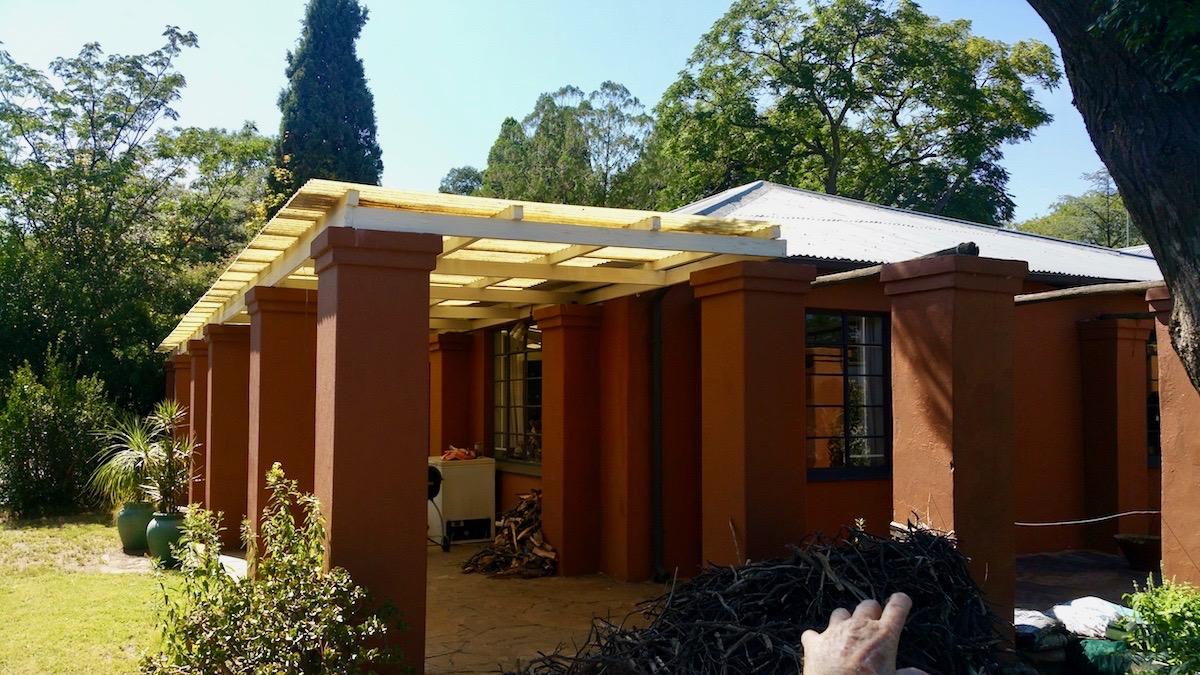 Another view of the Cottage (The Heritage Portal) 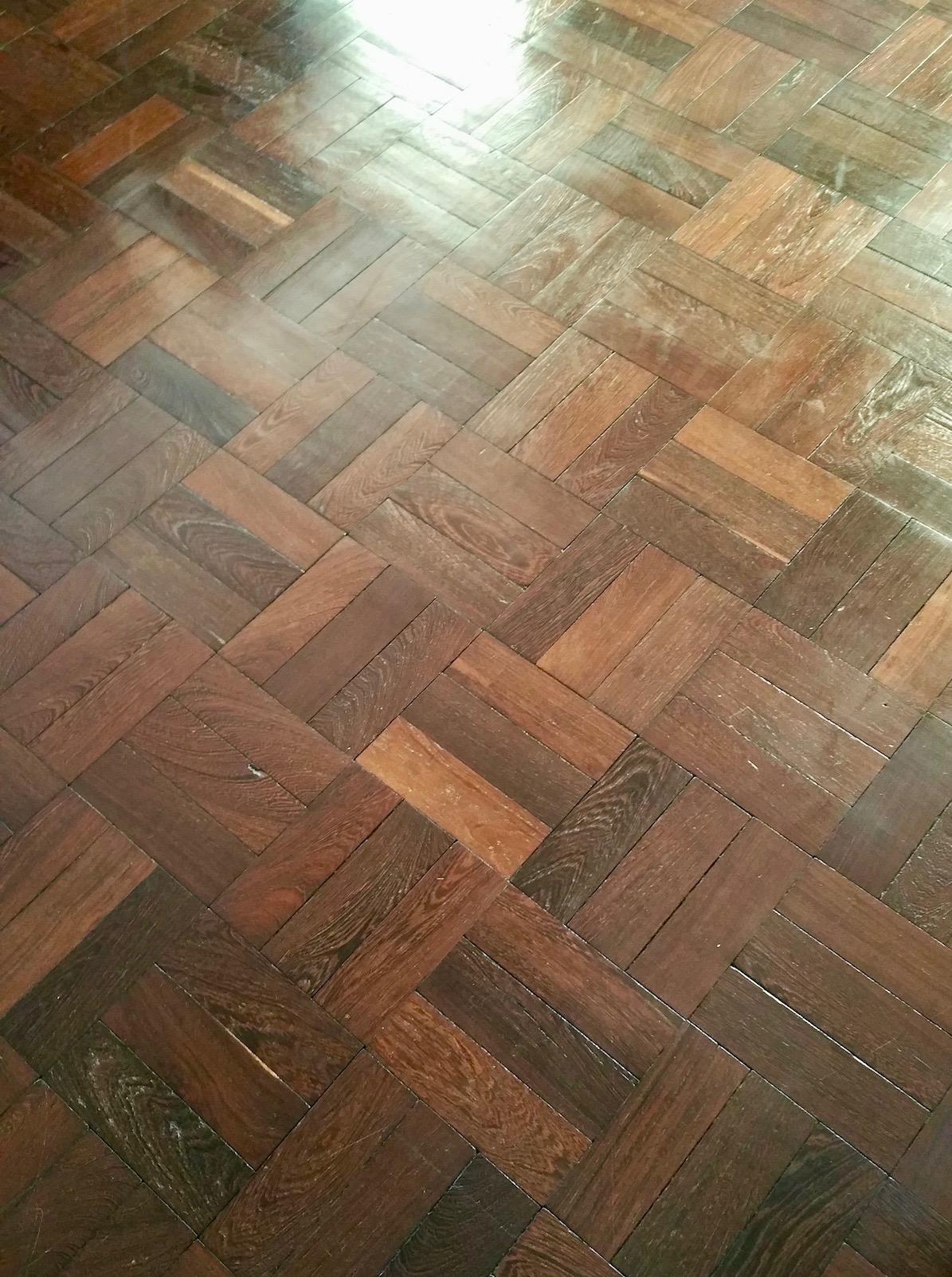 Some of the flooring at the Cottage (The Heritage Portal)

The cottage had remained empty through the Second World War, but was finally restored by Ernst Eriksen when his son Ronnie returned from the Navy in the late 1940s. After that, the house was let many times, and the house is remembered for its “famous” and “infamous” tenants who lived there. 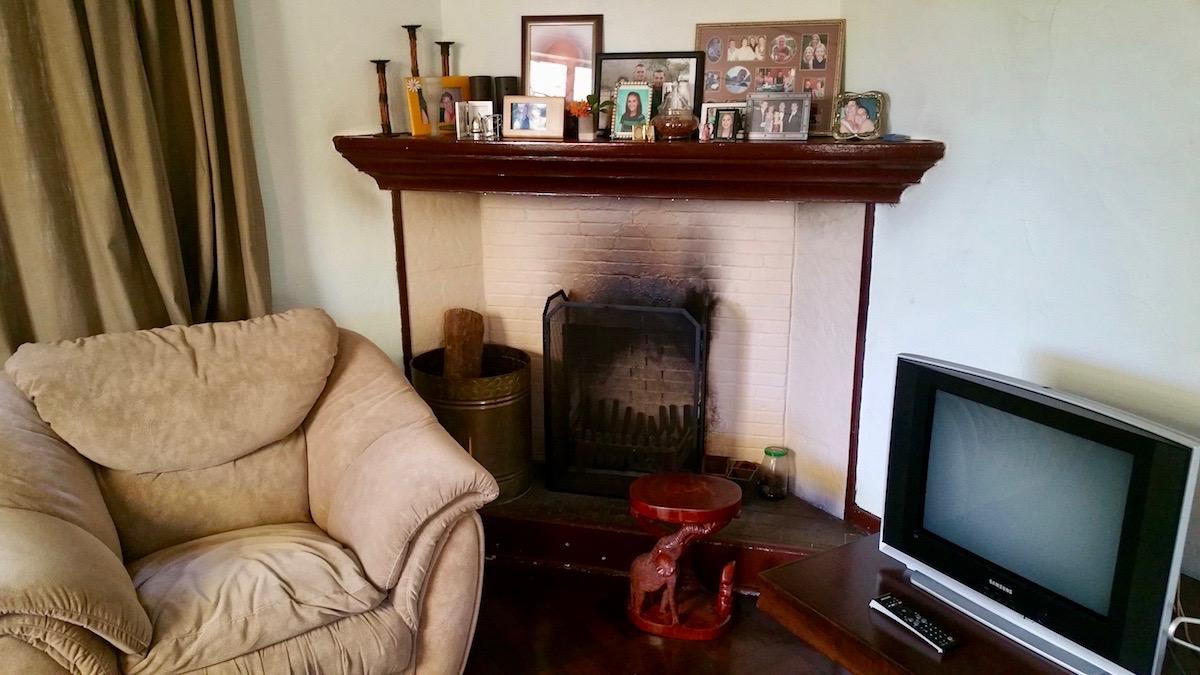 There was Robert Tollast, a painter of portraits of some note who had worked for the British Intelligence during the war. He spent ten years in South Africa, of which two were at the Norscot Manor Cottage. Then there were Mr and Mrs Benger of Benger's Foods.

The next tenant was the famous one - Peter Prowse who was an actor and who put on his own show “Diary of a Madman”. He became even more well-known because he eloped with a young girl while at the cottage, and was pursued around the country by police and newspaper reporters - finally giving an interview from his “country estate” at Norscot.

The Cottage has yet another claim to fame in that Mr and Mrs Jack Pringle also lived there. Mrs Pringle had previoulsy been Virginia Welles, wife of the famous Hollywood actor and producer Orson Welles. Her daughter, Rebecca Welles, often visited them.

Mrs Joyce van Wyk herself laterally lived in the Cottage for a while with her family after her father‟s death to be near her mother. The house has now been sold to Mr and Mrs Jim Morris. 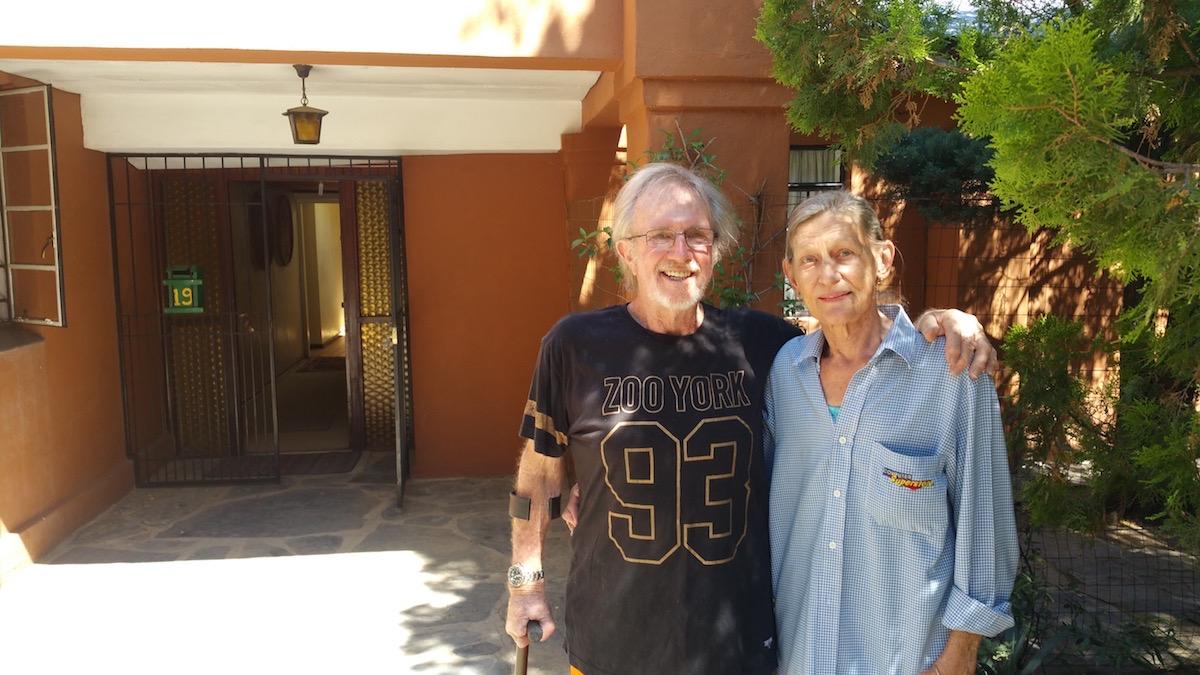 The owner Jim Morris and his partner Henrietta (The Heritage Portal) 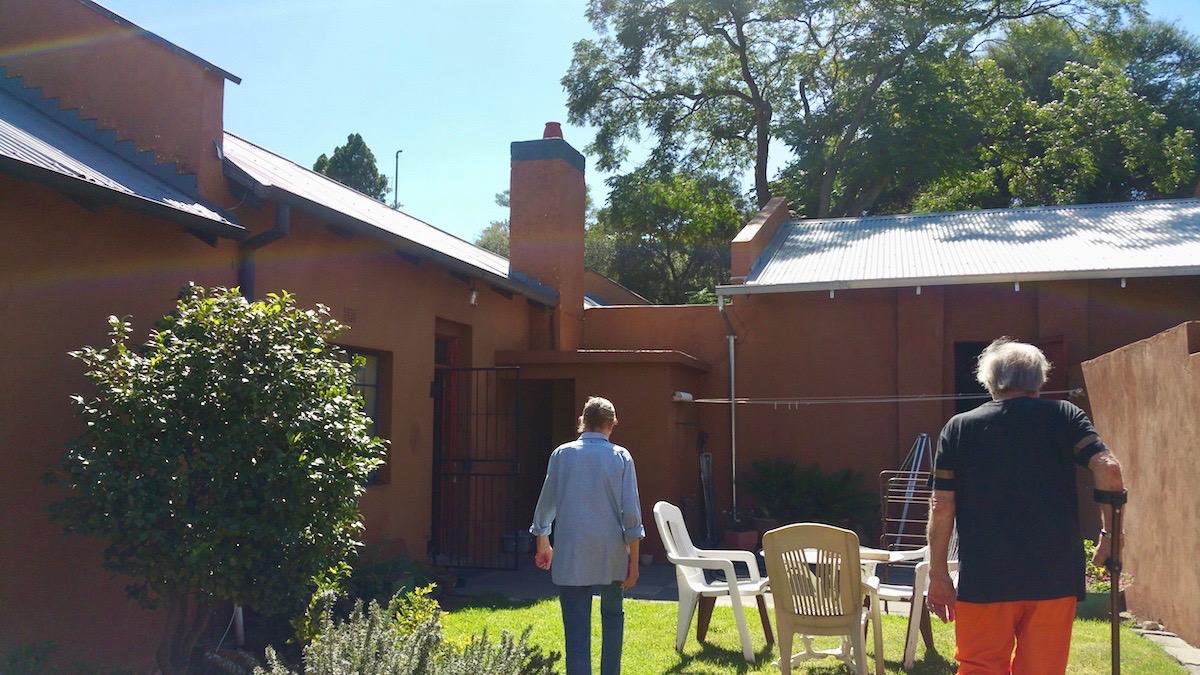 Jim and Henrietta strolling around their remarkable property (The Heritage Portal)

Editor's note: An interesting feature of the property is that it has two massive safes encased in thick concrete. Further research is needed on their origins and use. 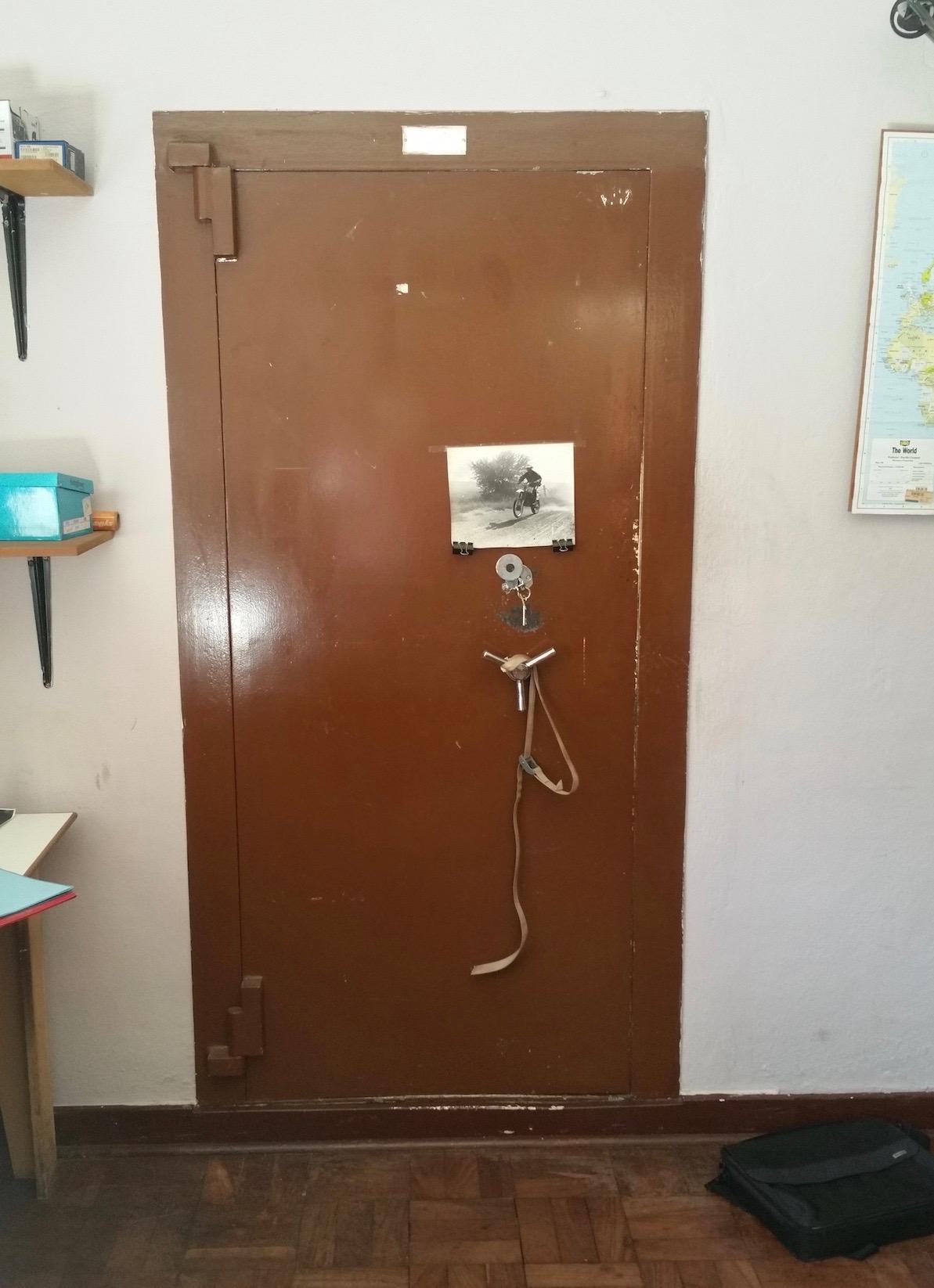