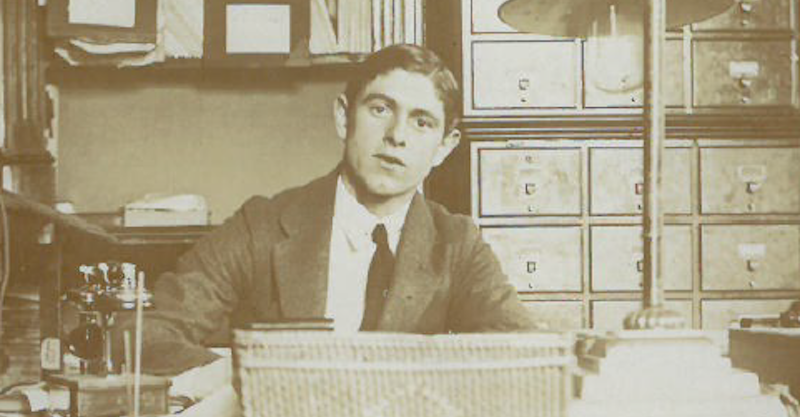 Historians, researchers and collectors often come across situations of surviving family members having thrown away or having destroyed historical family documents and photographs as they may either have no sentimental interest or simply cannot relate to their relative’s historical past. Sadly, in these instances, no thought is given to donating such documentation / items to charity organisations where researchers and collectors in turn can “scratch” out relevant material to record potential significant historical information that may be contained therein.

The author was given a box containing a variety of documentation some two years ago, the content of which all relates to a young man, Gerardus Bodde, dating from between 1911 and 1918.

This box, containing photographs, letters, certificates, newspaper and magazine cuttings, was picked up at a Johannesburg rubbish dump some 20 years ago, and retained with the intention of conducting research – a task the author gladly accepted when the find was brought to his attention. Accolades to the couple who had the intuition and foresight to comprehend the potential historical value of the content of the box.

Stories such as these are always strengthened where photographs are included. If there were no photographs included in the box, the author himself would probably not have been “attracted” to the content in any way.

Some 85% of the information contained in this article was extracted from the content of the box whilst the remaining 15% was obtained from the South African National Archives or the author’s own photographic research collection (one picture postcard).

Gerardus Bodde, a first generation South African, was born on 31 October 1897 in Pretoria and passed away at the Zuid Afrikaanse Hospital in Pretoria on 27 July 1918, allegedly due to blood poisoning. He was a few months short of his 21st birthday at the time of his death.

Gerardus was the eldest son to Gerardus Rijnardus Johannes Bodde (born in Amsterdam) and Hendrika Bodde (born in as a van Malsen in Utrecht). The couple settled in South Africa sometime during the 1890’s. Parents Hendrika (a housewife) and Gerardus (an accountant) both passed away in Pretoria during July 1943 (aged 72) and March 1944 (aged 78) respectively.

The couple had at least 4 children, namely Gerardus, Stephen Diederik, Johannes and Hendrika (who later married a van Kraayenburg).

In analysing the documentation found on the rubbish dump, it became evident that young Gerardus was clearly a remarkable young man with a sensitive nature.

Gerardus was described as an indisputable poet. Two of his poems were captured in Die Brandwag on 25 July 1918. The poems that can be attributed to Bodde that have been identified to date are:

On the back of a Transvaal University College (TUC) dance programme dated 20 September 1917, the following “attempt” at a poem has been scribbled down:

Every little while I feel so lonely

Every little while I feel so blue

I am always dreaming

I am always scheming

Because I want you

Every little while my heart is aching

Every little while I miss your smile

And all the time I seem to miss you

I want to kiss you only

Although it could be safely assumed that this poem relates to his own experience, no evidence could be found that he had a sister that passed away at the age of two (as suggested in the poem).

In a letter addressed to a Lida, he writes about love at a very philosophical level. From this letter, it is not clear whether he is actually courting Lida or whether he is simply philosophising around the concept of love - as writers and poets have done over many hundreds of years. The letter is censored at some stage – probably by Bodde himself as he was clearly still in possession of the letter.

Young Bodde, clearly saw himself as a budding journalist. One of the photographs found suggests that it was taken at De Volkstem during 1916 (see main image).

In an article published in De Volkstem, he makes some very critical observations against his old school – Oost-Einde School – based in Pretoria. The older generation of teachers comes under fire in this article. Gerardus received a letter from his father in which his father clearly states that he supports his son’s views, but he gently guides his son to suggest that his approach was not respectful.

It is interesting that he often wrote to his father, yet only one letter from his mother was found amongst the material. 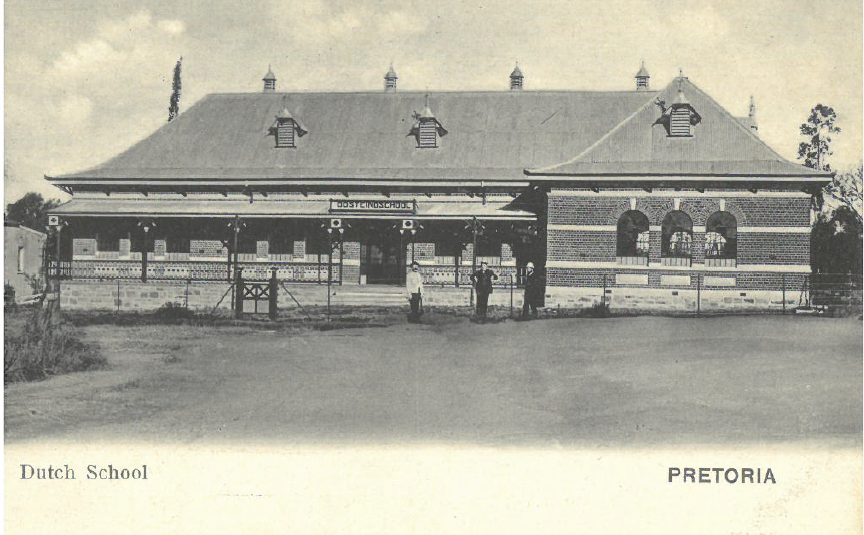 The following interesting documentary information was also included in the batch:

It seems that Gerardus spent his last two formal school years at Boys High in Paarl (1915 & 1916). After completing his matric exams via the University of the Cape of Good Hope 1916, he also completed some intermediate exams at the same University before continuing studies at The Transvaal University College during 1917. 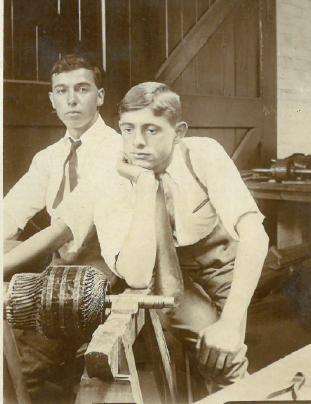 Following the above studies, the Transvaal education department offered Gerardus temporary employment for two terms starting 22 January 1918 as principal for grade D at Witklip 532 School (Bronkhorstspruit) which fell under the Pretoria District School Board, at a salary of £150 per annum. The offer states that should he pass his recently written Intermediate exam, this salary will increase to £170 per annum. The appointment letter even goes further by stating the nearest railway station to be Bronkhorstspruit.

A letter dated 28 March 1918 confirms his permanent appointment at the school. The letter acknowledges that young Bodde is loved by children and parents of the school.

The batch of documents included some interesting notes from parents addressed to Bodde the teacher:

It is clear that Gerardus’s health deteriorated unexpectedly and that his death was sudden.

At his funeral “hundreds” of people were present – especially young people. Ds. van Broekhuizen conducted the funeral. His uncle, van Malsen (on mother’s side), did a short presentation. At his funeral Gerardus was described as “a most promising son of the country…” 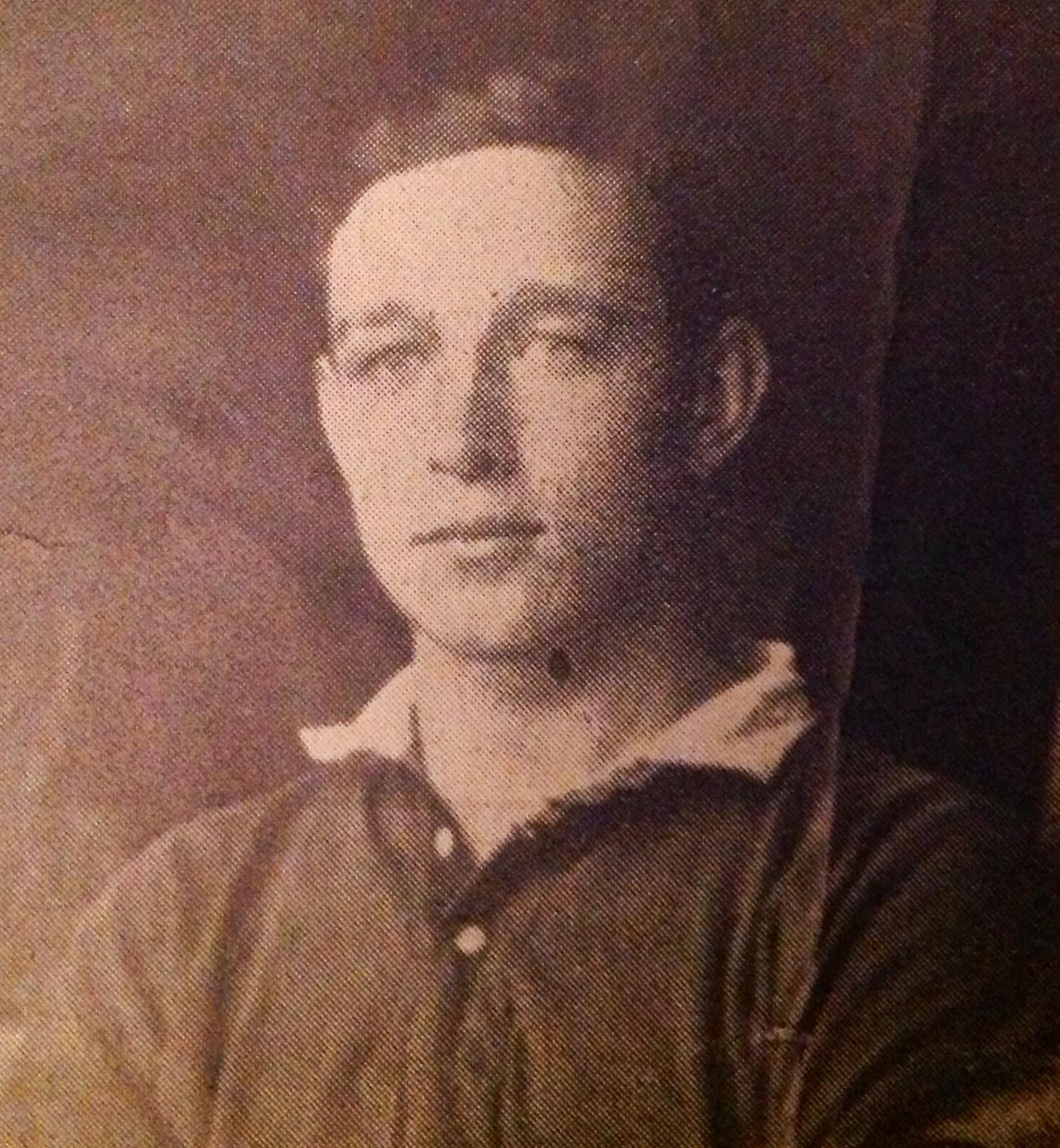 Whilst in Pretoria, Bodde resided at de Rapper street in Sunnyside and Robinson lane (just off Visagie street). It is not clear where he resided whilst at Paarl. He was more than likely boarding.

On conducting some introspection as to why the author elected to put this article together it dawned on him that it is not only because of the photographic historical context but also because he himself, as Gerardus, is a 1st generation South African of Dutch decent born and bred in Pretoria. It is simply a story that had to be captured.

Description of banner image: Gerardus, aged around 19, posing as the editor of De Volkstem – during  June holidays 1916