Review of 'A Thousand Tales of Johannesburg: A City Novel'

This is a novel and not a work of history but it draws on the styles and writings of other distinguished writers of and about Johannesburg who provided the inspiration and perhaps some foundation stones. One realizes that there is a community of people out there who love Johannesburg and write about the place. Many of us who live here are passionate about Johannesburg and feel that unique pulse of the city. Kalmer pays tribute to those writers, historians, photographers, artists who preceded him: Clive Chipkin, David Goldblatt, Charles Van Onselen, Anna Smith, Kevin Bloom, William Kentridge, Anna Smith, Darryl Accone, Stephen Gray. It’s also inclusive in that Kalmer acknowledges the role of the Afrikaner in the City, and mentions Die Afrikaner in die Goudstad. If you are serious about Johannesburg keep all these writers’ books (and a good many more) close at hand to really grasp the many facets of Johannesburg history and Johannesburg people and let Kalmer be a pointer to at least a few of Joburg’s writers.

The cover design of A Thousand Tales of Johannesburg  (front and back) hints at the dream like contents of the book with its collection of tales to be read before you wake. The cover alone makes it a book to slip into your shelf of Johannesburg novels along with Ivan Vladislavic, Phaswane Mpe, Lauren Beukes, Christopher Hope, Nadine Gordimer, Stephen Gray, Alan Paton, Heidi Holland and Albert Segal (all novelists of the city). Through the decades the list of novels set in Johannesburg slowly expands as the city changes its name, its tempo and its demography. Mark Gevisser’s Lost and Found in Johannesburg is another I would add to the list of books reflecting on Johannesburg, if only because Gevisser made us take a fresh look at Johannesburg maps, and I spot a snippet of map on the cover of the Kalmer book, perhaps inspired by Gevisser. 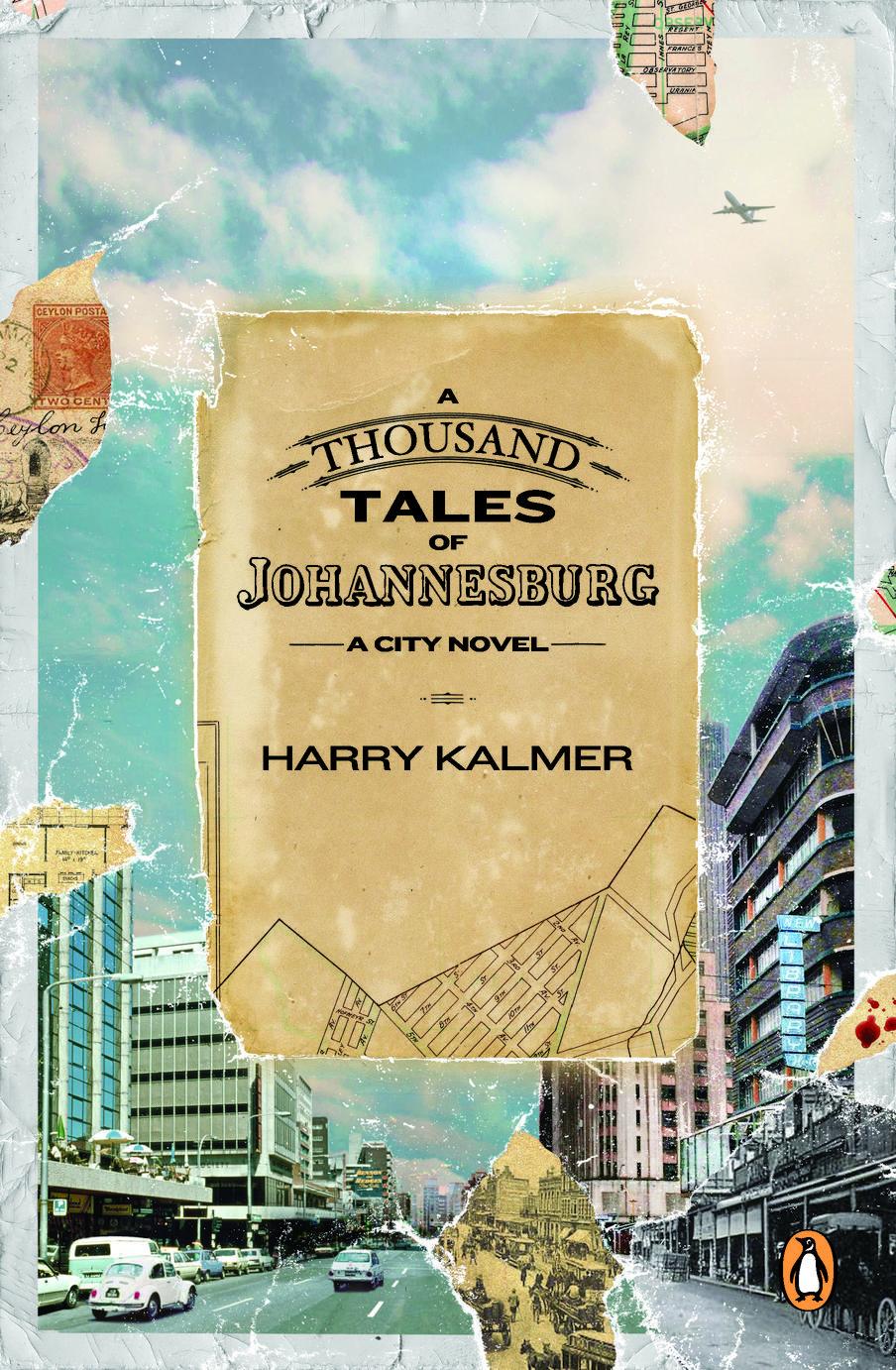 Kalmer first published his book in Afrikaans as “‘n Duisend stories oor Johannesburg”, which was shortlisted for seven Afrikaans literary awards. The English translation aims to reach a wider audience here and abroad. Kalmer has published six works of fiction and 23 plays, so is an accomplished writer. 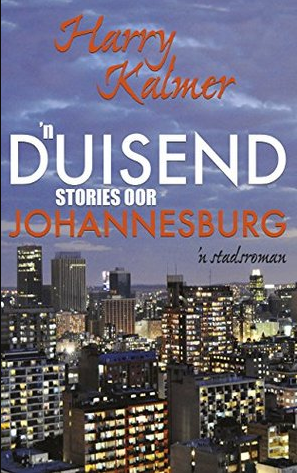 Kalmer sticks with the more formal name ” Johannesburg” despite the easy way in which Johannesburg people slide from Egoli to Jozi, from Joburg to Soweto. Kalmer sets out to be Johannesburg’s Scheradzade with a series of thumbnail stories of the lives and characters of people who came to Johannesburg from different backgrounds and other places to succeed in the city of gold, but met with  hostility and hardship whether during the Boer War in a Turfontein concentration camp circa 1900 or fleeing from xenophobia of our own time. These stories cover the drama of life in Johannesburg over a century. Kalmer probes the possibility that Johannesburg is a city people come to, drawn by the hopes of wealth and success (the city as a magnet or the night flame for a moth). But after disillusionment or disaster you  might also leave driven away by politics or force of circumstances or the promise of opportunities elsewhere. But years later Joburg types are drawn back to return to their roots. I recall my brother returning for a visit having settled in Australia, and commenting that  Joburg was all so familiar yet strangely different. You know the city but you don’t when you come back 40 years later and the familiar tunes and sounds of the city return even if there are new players and tempos.

I don’t think there are quite a thousand tales in this book, but a few hundred vignettes is not a bad count. The success of the stories lies in the blend of characters  and their patois. Is there a Johannesburg literary voice? Kalmer certainly becomes one. I am not sure if vignettes work to capture all of the city. I found that a hard question to answer – there is too little about any one person to care passionately about a character and the book is not a family saga though you are introduced to the Boer woman Sara at the turn of the century and to her architect grandson, Zweig who returns decades later. Perhaps the individual stories get you interested in the flavour and the history of the city and the real subject of the book is Johannesburg.

Do not however rely on this book for your history – I don’t think Emily Hobhouse for example lived in Johannesburg even if the author would have liked her to. You can take liberties when you are a novelist but then avoid historical reference points. My concern is that when a novelist skims history it is not just about inspiration but also accuracy, geography, breadth and depth that matters.