The Power of Rust 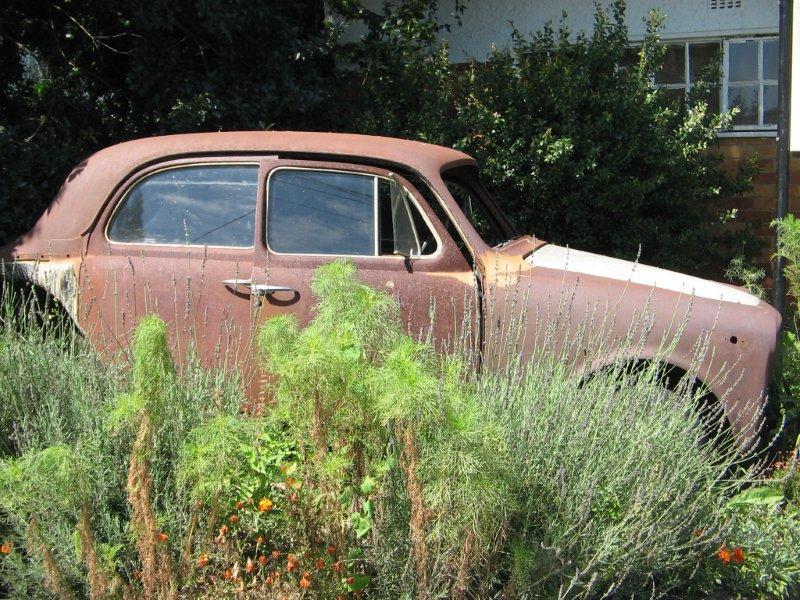 Rust by definition is a reddish brown coating formed on a ferrous metal (i.e. iron or steel) by oxidation, especially in the presence of moisture, which gradually corrodes the metal. Rust would seem to be Nature’s way of restoring iron and steel back to the state of the iron ore found in the earth’s crust. This process could well be called metallurgy in reverse.

Pliny (AD 23-79), the Roman Philosopher, wrote about Ferrum Corrumpitur or spoilt iron and was perplexed by iron’s susceptibility to rust. He asked the question: why does iron corrode more easily than other metals? He reasoned that iron rusts because it was both the best and the worst of man’s servants; although very useful domestically, it was also the metal of war. Had he had the benefit of modern science he would have known that rusting is an electrochemical process, which requires an anode, a cathode and an electrolyte (a solution containing ions, which are particles bearing an electric charge). In order to prevent an electrolytic cell from occurring, it is usual to provide a barrier, which prevents the surface of the steel coming into contact with the environment. This can be accomplished by several methods, the most common being to paint the surface.

The cost of rust, both financial and social (the premise being that rust is inevitable) varies from place to place. In South Africa, atmospheric corrosion is far worse at the coast compared to the Highveld. The old joke is that people living in Durban brought their cars up to the Reef so that they could heal up. The greater rate of corrosion at the seaside is due to the salt in the air, as compared to the air inland. This said there are exceptions to the rule, in that the gold and coal mines, can have very corrosive environments (micro-climates), both in the mine shafts and in the surface plants.

The old adage that “prevention is better than cure” is very applicable to rust prevention as at the design stage an Engineer can do a great deal to prevent incipient rust conditions; such as avoiding rust traps and preparing corrosion protection specifications which give acceptable rust resistance at a reasonable cost. There will always be a trade off between initial costs and working costs and the less accessible an item is the more thought should go into its protection from rust, i.e. specifying a stainless steel rather than a painted carbon steel.

There is a history of structural collapse due to the effects of rust, notably with bridges. America’s worst ever bridge accident occurred in 1967 when a support to the 1700 foot (518 metre) long Silver bridge over the Ohio River gave way causing a collapse which killed 46 people. A similar collapse of a highway bridge occurred in Connecticut in 1984, killing 3 people. The State tried to prove there was negligence in the bridge’s construction, but the court hearing ruled that rust was the culprit, resulting in US$ 25 million damages. Another example of corrosion causing catastrophic failure was when, in 1965, the first North Sea oil rig, “The Sea Gem” collapsed killing 19 of its 32 man crew. Rust not only troubles large structures like bridges and oil rigs but also smaller commodities from cars to window frames.

Rust control is really an exercise in economics. For example when putting up a two metre high steel palisade fence, it is worthwhile to consider both the initial cost and the maintenance cost. Should one wish to skimp on rust protection and apply one coat of red oxide paint on a wire brushed surface, be prepared for high maintenance costs. However should a hot dip galvanized fence be purchased, although more expensive initially, the maintenance costs are next to nothing.

Which would you choose?