Photographs of Johannesburg circa 1892 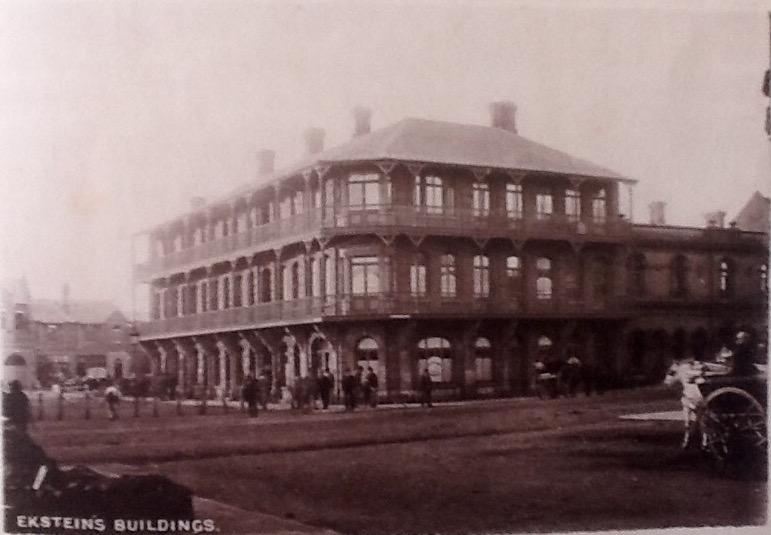 An interesting collection of Johannesburg, Transvaal and South African printed photographic albums has recently come to light*. Kathy Munro was lucky enough to be able to photograph over four hundred images from the various albums including some from an 1892 volume on Johannesburg produced by the Davies Brothers. A few of these early images along with notes from Munro have been reproduced in the article below.

Johannesburg was a photogenic place and its birth and growth coincided with the coming of age of the camera and the photograph. It did not take long for professional photographers to take up residence and show off the new town in its modern splendour as roads and buildings crept over the veld and koppies. Black and white photographs were the primary métier but sometimes a photo could be hand coloured. Souvenir albums of variable sizes and types were speedily produced in book form, usually with handsome covers to be carried home by ambitious gold seekers, intrepid travellers and adventurous hunters. Home could be another part of South Africa, somewhere in Europe or America or right here at the mining camp.

Photographs of Johannesburg are important documentary evidence of change and together with early diaries and letters give a first hand insight into the layout of the streets and the rapid move from temporary single story structures to permanent prosperous business buildings, commercial enterprises, shops, banks and mansions. There is an immediacy in the photograph in giving us a record of Johannesburg "then". 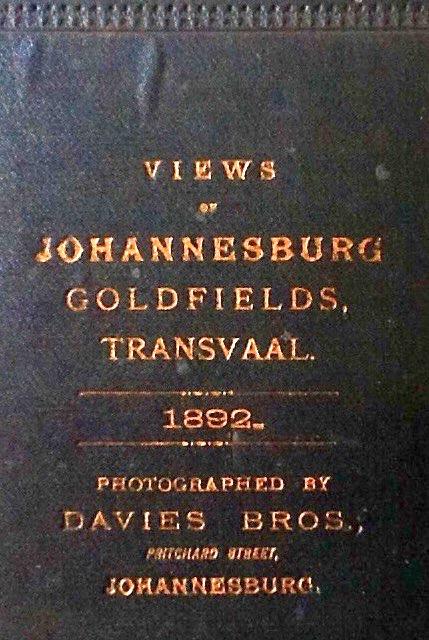 As one can see from the title of the album, the identity of the town was defined by the emerging gold mines. In nine photographs it presents the latest and best of Johannesburg of the early 1890s. 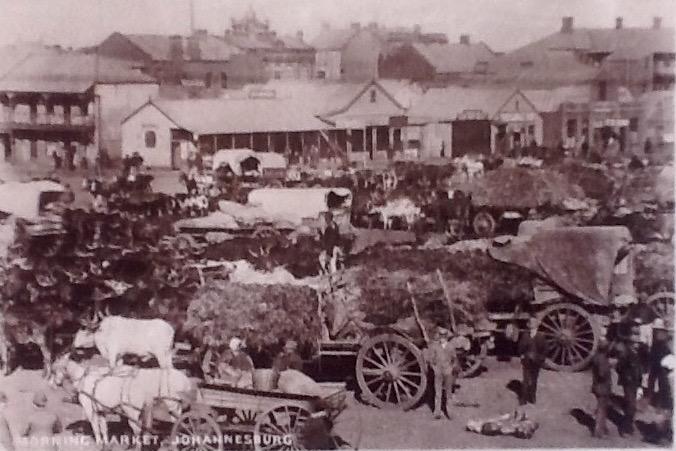 Market Square lay at the hub of the central district of Johannesburg. It was the heart of the new town. By 1892 Johannesburg provided a flourishing market for local farms and a variety of provisions were brought into town on ox wagons, donkey carts and horse drawn cabs. Access via wagon and cart from every compass point was essential. The most desirable business stands were those surrounding the square. Market Square was a vast expanse of open land bounded by Market Street to the south, President Street to the north, Rissik Street to the east and Sauer Street to the west. 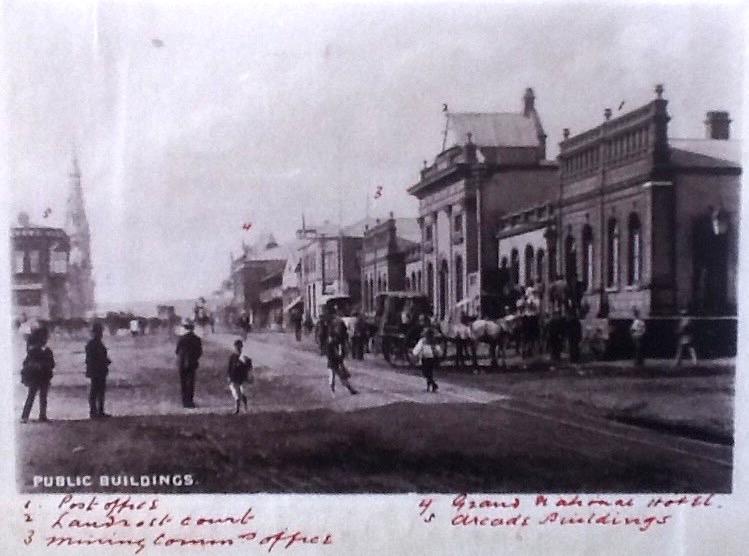 The photograph above is labelled Public Buildings and usefully the original owner of the album has penned numbers and names to buildings. These are buildings that surrounded Market Square. 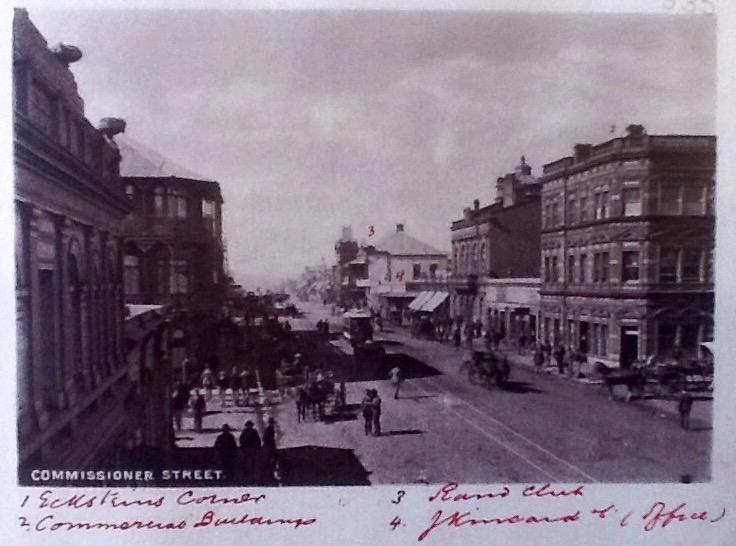 In this photograph Commissioner Street has been labelled with: 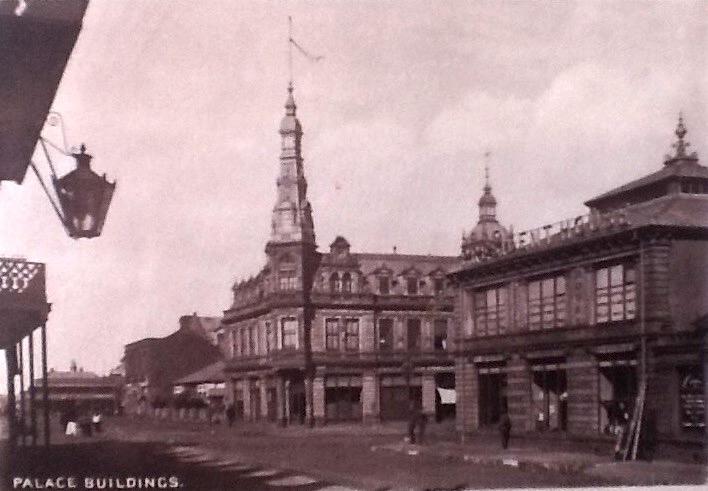 Palace Building was constructed in 1889 on the corner of Pritchard and Rissik Streets. The architects were S Donaldson and H Lindhorst. In Johannesburg Style Chipkin describes the building as a three storey building, with a corner spire reaching the grand height of 93 feet. It is ornate and elaborate with its gable dormers. Chipkin calls this a secular confectionary turret. In From Mining Camp to Metropolis, van der Waal quotes The Star from 1890 where some visitors to Johannesburg described the town as "a curious town in which the stores have spires but the churches none." 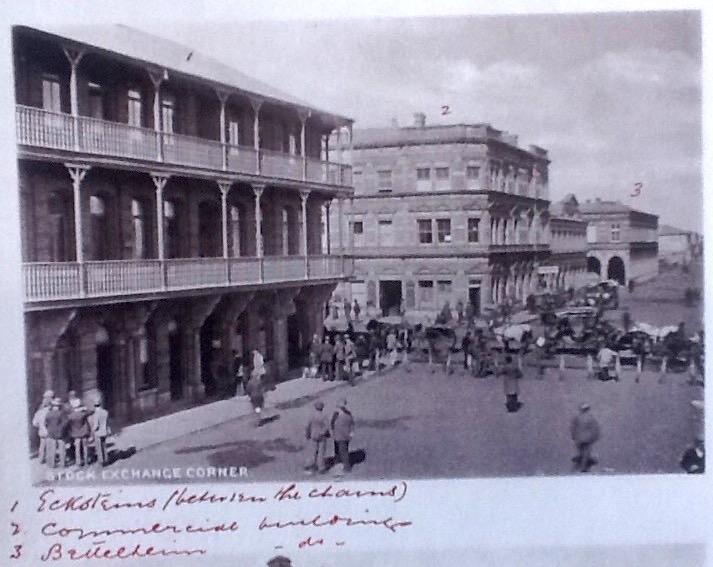 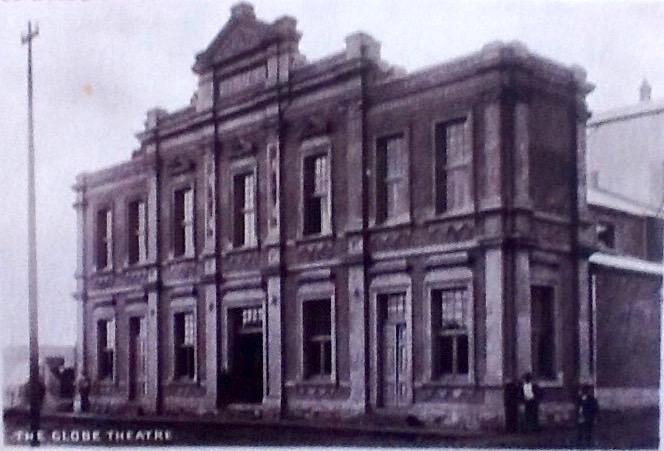 The Globe Theatre was built in 1889 and was located at 47-49 Fox Street. A classical style building, the scarcity of building materials did not prevent the construction of an imposing frontage with impressive effects archived in brick and plaster. The Globe was perhaps the most impressive, important and best documented of the three theaters  of Johannesburg of the 1890s. It caught fire soon after it opened in 1889 but had been rebuilt by 1892 (for more information see van der Waal p 61, 63).

This was Johannesburg's second Stock Exchange located at 69-75 Commissioner Street (corner Simmonds Street). It was built in 1889/1890 and designed by the architects Lennox, Canning and Goad. It replaced the First Stock Exchange Building which lasted a mere two years. The building has a two storey, highly ornate and ornamented facade with shops on the ground floor. One reached the three storey trading hall through the main entrance (for more information see van der Waal, p 32). 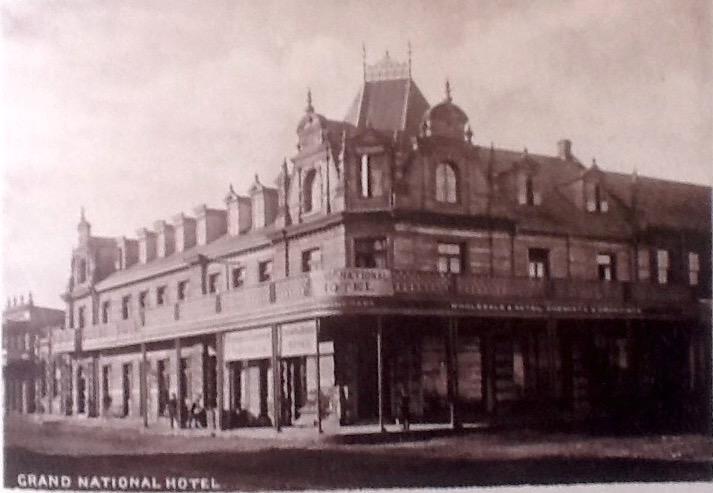 This was the Second Corner House designed by W M Philip. The plan was dated April 1889 and the address was 77-79 Commissioner Street. The title Corner House was used for the preeminent and successful mining house, founded  by  Hermann Eckstein. This was one of Johannesburg's first three storey buildings with high varandahs without pillars on the ground floor. Within a decade it was replaced by the Third Corner House.

* These albums, a collection of about twenty books, will be sold on the Jelly Fish Tree online auction sale at the end of January 2018 (click here to view website). Each one will be sold separately and the market will determine who is the highest bidder and hence the happy new owner. I am sad that an impressive collection will be broken up and scattered. It would be brilliant if the collection went to a public institution, the Johannesburg Public Library or a University archive. I was privileged to be invited by James Findlay of Jelly Fish Tree auctions to inspect these volumes and decided to make a systematic record of these photographs, specifically of early Johannesburg. I have now taken about 400 photographs of these original photographs. The collection as a whole captures Johannesburg from approximately 1889 to circa 1910. There is one album from the mid 1930s, which shows a far more developed city of skyscrapers. Collectively the earlier volumes give an overview of Johannesburg in the first 25 years of its existence. All the familiar street names are there (Commissioner, Market, Pritchard, Eloff, Rissik, Main, Marshall etc.). The city shows a fascinating mix of residential buildings, early hotels, civil and government administrative buildings, commercial buildings, banks, emerging mining houses, theatres, shops and clubs. The working mines also feature.