This is a large book with a big, warm heart. It is a book celebrating life and friendship of a generation of (mainly) men in a cluster of north eastern suburbs of Johannesburg in the decades of the 50s, 60s and 70s of the last century. It is a book about growing up and coming of age, of the trials and tribulations and fun of being young. Suddenly the second half of the 20th century is now history and Burgess is to be congratulated on taking on this massive project to put together this extraordinary album of photographs of the friends and moments of his youth. It must have been a labour of love to locate all the images from classic bikes to holiday snap shots, from useful household items of the fifties to great homes.

The theme of the book is the life stories of many young men who bonded at school and on playing fields of their youth. Male bonding for a variety of reasons (those muscular testosterone packed moments on the rugby scrums of the single sex boys high schools, those drinking sessions at the Radium Beer Hall) made for lifelong friendship and later business networks. Here is a rich vein of memories and youthful adventures; there are thumb nail biographies and snippets of memories of those boys, chums, jocks, mates, toughs, bikers, goodfellas of the Grove and other suburbs (how did you join the Good fellas? – certainly I don’t think the girls were admitted). Girls feature, but mainly as wives, mothers and girlfriends of the boys. This is a book produced by a male for fellow males. The end paper pages comprise a montage of profiles of the people who mattered to John Burgess. 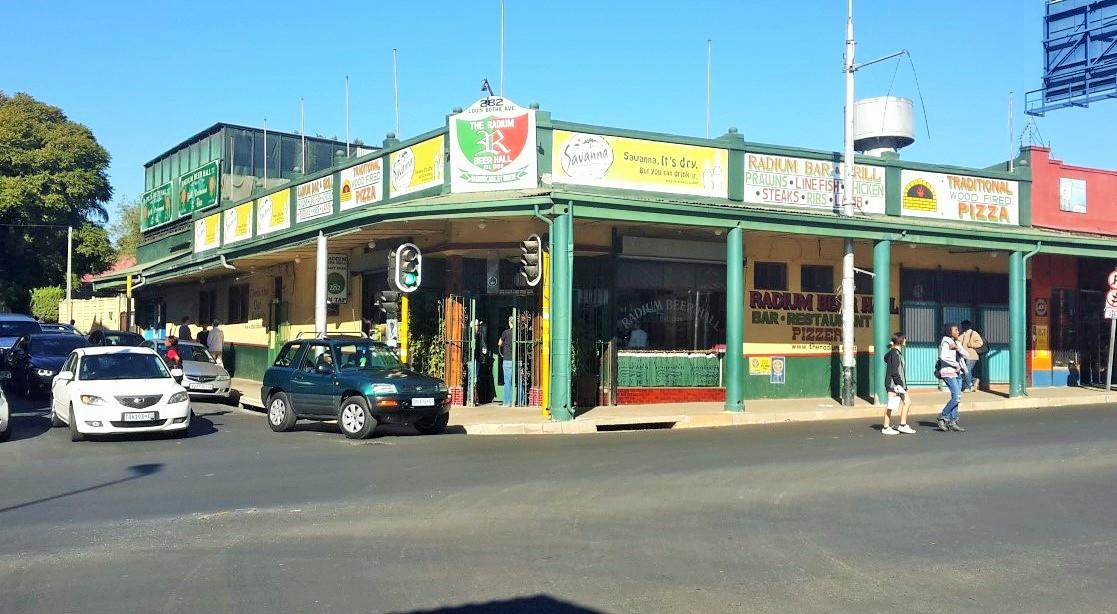 The syrup of nostalgia and those “remember when” moments is laid like a sugar treat. Memories drip from all pages. I enjoyed this aspect of the book because it took me back to my own childhood. From the age of 11 to 23, though I was a mere girl, I too lived in Highlands North. Some of the memories indeed resonated – the Hubbly bubbly cool drinks from the Maryvale Mineral works next door to the convent school I attended, Springbok radio humour and programmes (radio in those days was ‘the theatre of the mind’), cakes from Gallagers, but there were other memories for me: the fulfilment of all those books at the Orange Grove Library, learning to drown gracefully in the Norwood Swimming pool, the very British newsreels at the local cinemas, getting those black and white snapshots developed at the Daelite pharmacy, buying the school uniform at Maxwell’s drapers (now that is a word you don’t hear today) or flirtatious tennis at Hilson Park, the bus boycott of Putco on Louis Botha (my first moment of political awareness or observing that there was a racial distinction between red and green buses).

The memories come thick and fast on all pages. Memories of the Dolls House milkshakes, bioscope on a Saturday night (choice of the Astra, the Royal or the Victory), the music of the Fireflies, making brassy sound in school cadet bands, ball games played in the streets without cars and carefree bike rides. Burgess introduces us to a giant cast of friends and family, the great and the good. Everyone seems to have become successful; these were men who may have been privileged to have been born white in apartheid South Africa but acquired a solid education, moved upward in society, became doctors, lawyers, dentists, professional sportsmen, entrepreneurial businessmen and some even became politicians.

There is an interesting chapter of thumb nail sketches of the “great and the good”, the men who attended the local schools, were upwardly mobile and became famous… these were the men  who made their mark as comedians, lawyers and judges, businessmen, artists, politicians, authors; the  common identity seems to be attendance at the local schools. They all made positive contributions to society. Most moved on and away from their roots in Louis Botha Avenue, and a good few emigrated. It was an interesting social milieu, that for some produced a political consciousness or awareness of the racial divisions of South African society during the high noon of apartheid. In some boys of Orange Grove there came a determination to change the status quo.

It is a book that is also a social commentary on a cosmopolitan mix of immigrant white communities, who made their living and strove for material success in the suburbs which lay along that long road, Louis Botha Avenue, that was once the main arterial route from Johannesburg centre, north to Pretoria. If you lived along Louis Botha Avenue you could live in any of the adjacent suburbs, from Hillbrow to Houghton, from Orange Grove to Highlands North. The very names of these suburbs indicate their Anglo-Saxon colonial origins. These suburbs varied in their economic status, size of residential properties and types of houses, but Louis Botha Avenue was as much “a corridor of freedom” then as it is now. Immigrant communities of Italians, Greeks, Lebanese, Latvians, Portuguese all settled and built homes and sent their children to the local primary and high schools.

Schools turned the boys into men. The choice of school depended on your family’s wealth and perhaps religion. Schools reflected their origins, the local history and the lifestyles of the surrounding suburbs. If you were of British origins and practised a profession you might well chose St Johns college (Anglican, private, all boys, traditional). A near sporting rival and alternative was King Edward School (interdenominational, government funded, all boys and traditional) or somewhat less prestigious and further into the suburbs Highlands North Boys High was the local government school, of more recent origin, where boys could be boys. School uniforms gave a cohesive identity and at the same time was a leveller across class and income. How you wore that uniform out of class and in the suburb often revealed a counter culture. 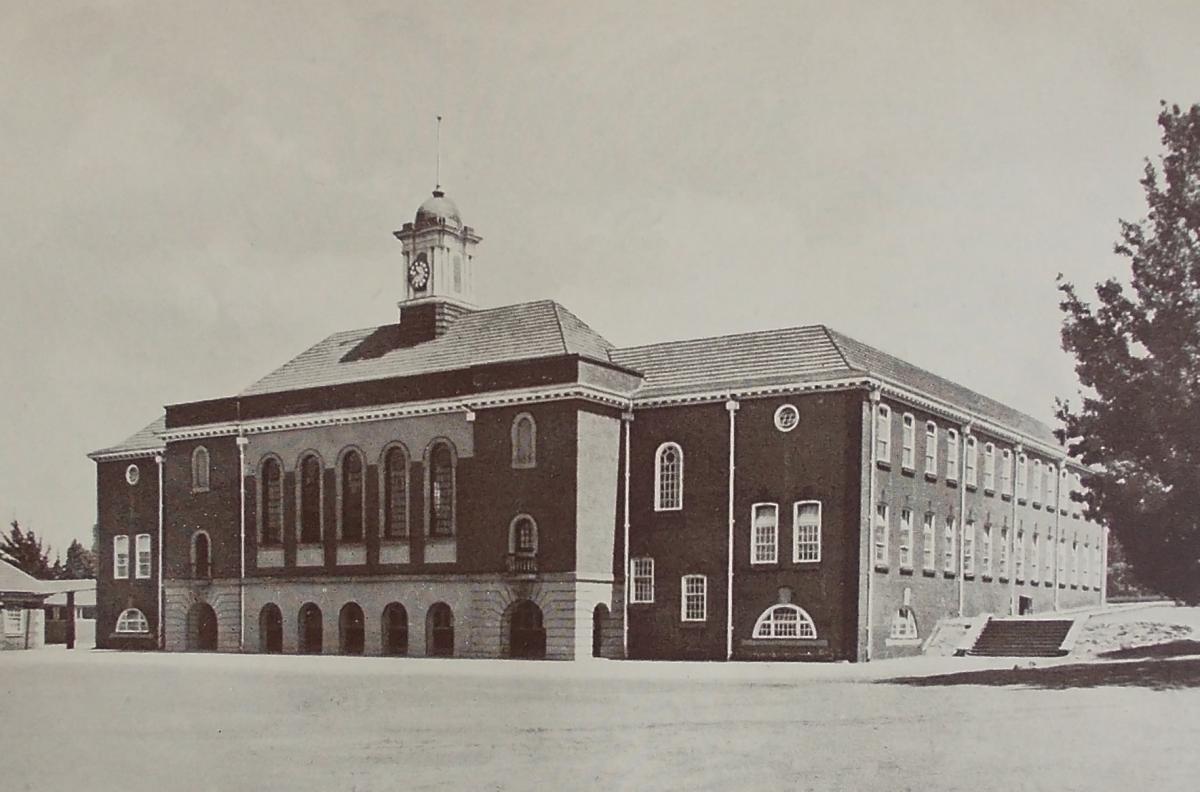 Louis Botha Avenue is the road through “the Grove”, that is the suburb of Orange Grove but essentially it is a long avenue that runs from Clarendon place through several suburbs out towards Alexandra Towship. There is some confusion as Louis Botha Avenue was indeed once a main high way leading one on to the main “old” Pretoria Road, but that was only the northern stretch of road. Louis Botha is today one of the Corridors of Freedom and destined for delivery on a plan that adds up to a wider road, more traffic, more taxis and something called “densification”. The name Louis Botha was given to what had been named Morgan Road. Although there is a bright green page titled “Louis Botha Avenue, the Growth of the road” in gigantic lettering there is very little detailed history of the road, its origins or an accurate coverage of why Louis Botha Avenue was located where it was and how it actually evolved.

But geography and history are unimportant in this fat volume and I am being unfair to apply the normal criteria of history, heritage or architectural scholarship to this endeavour. Mr Burgess has not written a history textbook but this was clearly a labour of love and nostalgia to assemble the many happy photographs of the champions of Johannesburg. History is included but assigned to an awkward last chapter called “Shades of the Past: key characters, historic houses”. This final chapter is meant to give gravitas and historical gloss, but the history is somewhat superficial and fragmentary. Poor General Louis Botha features along with Baden- Powell and William Booth (of Salvation army fame) as the trio identified by Churchill as the three most famous generals who won no great battles over a foreign foe”. Ahem… Louis Botha deserves better than this! 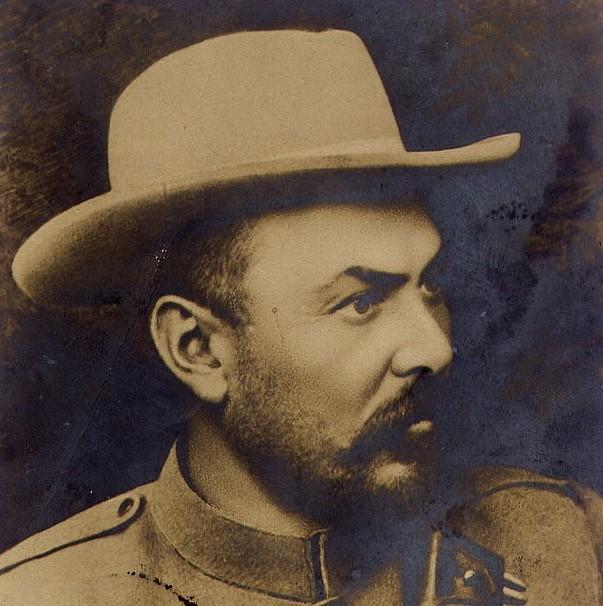 The design of the book, with large format pages, lime green cheerful cover, huge fonts, thick paper makes for a weighty production that shrieks ostentatious quality. It retails at an expensive $87 (why not priced in rands?) and will be a hot seller to those who feature in the book and its many photographs or need an attractive coffee table tome. One of the nicest features is a large format fold out, hand drawn map by Trevor Romain of a Bird’s eye view of the road through the Grove, pin pointing all those familiar places, such as the Daelite Pharmacy, Pappagallo Ice cream shop, Gallagher’s corner and its bakery, Maryvale Minerals, the Steers steak house, Patterson Park. The zoom perspective photograph on the cover shows a skyline view of the Johannesburg Hospital, the Telkom/Hillbrow Tower and the well wooded trees of Parktown and then wraps around on the back to show some of the Yeoville ridge. Something more representative of Louis Botha Avenue would have been more appropriate.

Photo on the cover of Road through the Grove.jpg

Photo on the cover of Road through the Grove

This book will delight all the men (and the handful of women) who were the friends of the author, though he identifies himself as the “compiler” and not the author. I think the title compiler is appropriate, simply because this book has all the hallmarks of a high school year book or annual. It is more like a scrap book or family photograph album of the friends who mattered to John Burgess. The photographs capture a mix of cultures and an era that was white working and middle class Johannesburg. The photographs are a wonderful documentary history of growing up white, privileged but not necessarily rich, and attending the all white single sex schools of these suburbs.  The photographs are fun and fascinating. Of course it is a book that itself becomes a “heritage volume” and every book written about the city of Johannesburg and its people is to be valued and makes a contribution to the city’s literature. Perhaps the real problem is that this book is trying to do too many things. It is a muddle of family history, social clubs, sports success, school bonding and nostalgic memory of the friendship of youth.

I recommend this book for those who want to relive their Johannesburg childhoods.  Buy it if you feature, buy it if you don’t… you will be making new friends!