The Barnett Collection Volumes I and II 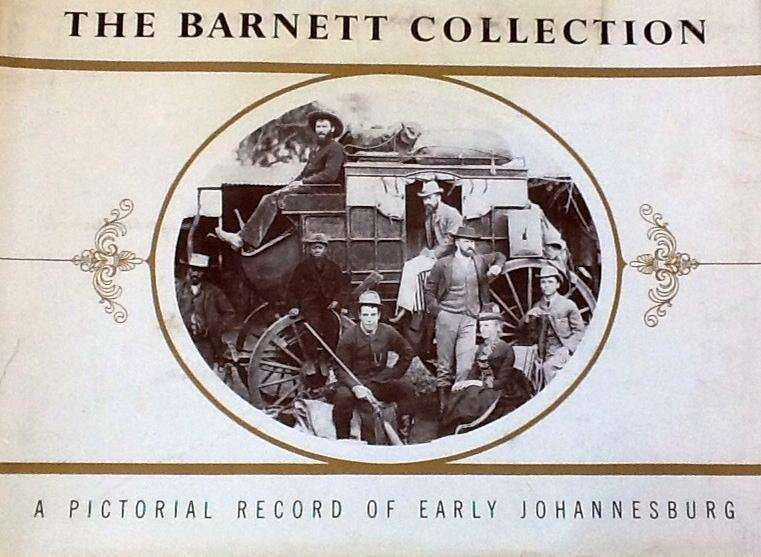 The Barnett Collection A Pictorial Record of Early Johannesburg, published by The Star to commemorate the City's 80th year (Johannesburg, 1966). This large volume of sepia toned photographs of early years of life in Johannesburg was such a success that it became volume 1 of the now much sought after two volume set. The Barnett brothers, David and Joseph were photographers of the town. Their collection of over two thousand prints became a valuable and essential photographic record and resource of the emerging town and pioneering gold mining initiatives. This book sketches the story of these two enterprising brothers and gives us a glimpse into early mining, the first suburbs, the interiors of affluent homes, sporting life, entertainment and more. We can study the images of pioneering people and wonder who they were and what were their life stories. Crowd scenes of the Jameson Raid and the Boer War highlight the drama of the moment. This selection of images was well chosen and the book has become a collectors item, especially if the cover still wraps around the volume.

The Barnett Collection Volume II South Africa and  Johannesburg at the turn of the Century was also published by the Star, carried along by the success of the first volume has no date of publication and no pagination, but it also drew on the images of the Barnett Collection, and also dealt with Johannesburg. It included photographs taken during the Anglo-Boer War and in other South African towns and cities (Pretoria, Cape Town, Port Elizabeth, East London, Durban, Barberton, Maritzburg and even Bulawayo).  Boer War pages are followed  by more early Gold Mining pictures and  portrait shots people of note and the books ends with a section on the activities of Market Square. The text of this second volume is more substantial and was written by Denis Godfrey, an Africana expert and staff member of the Star. The second volume was not as appealing as the first, pictures are of a smaller size, it's diffuse in its subject coverage. 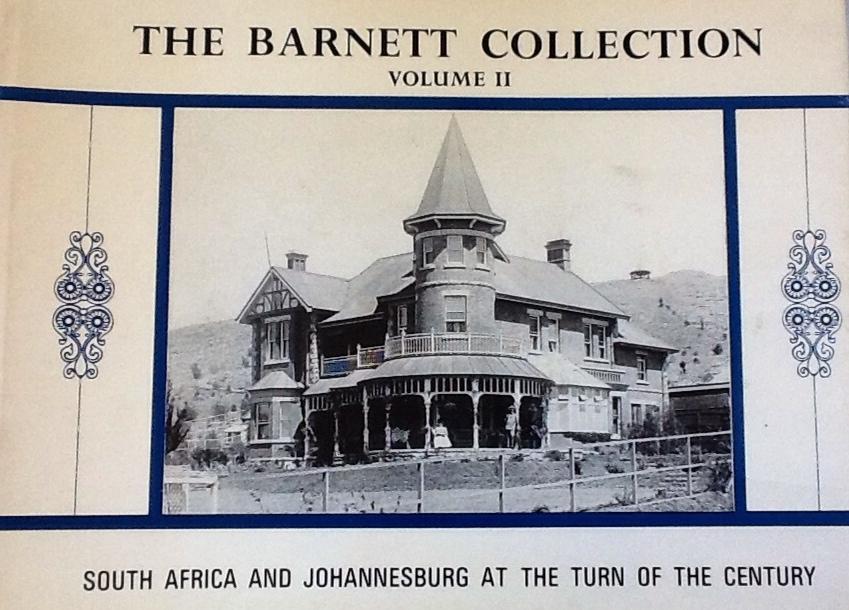 Nonetheless the two volumes are essential to any collection of Africana and early Johannesburg and the history of South Africa dating from the time when photography came of age but composing a photograph with the technology of the time was a skill and an art.  The value lies in the documented image of a very different South African world, values, people but it was the world that made our environment.  We are the fortunate beneficiaries of the work of the Barnett Brothers and The Star's public spirited and very high quality book productions. Their work too was a model antecedent for the modern photographer.