Three Histories of The Rand Club 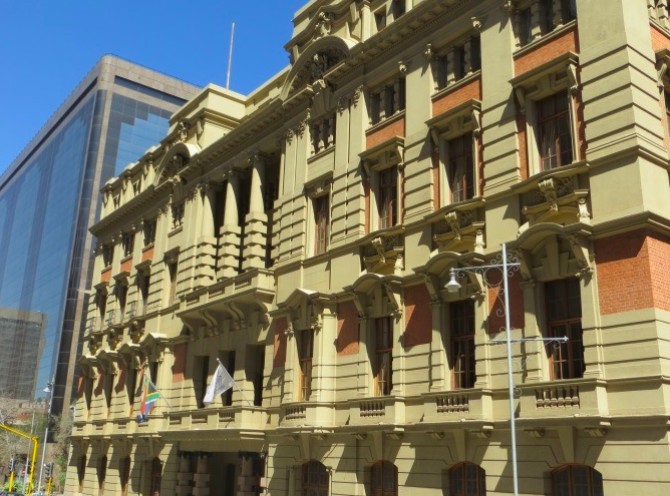 The Rand Club  1887-1957 no author (research/writing by L E Neame), published by The Rand Club, illustrated, 183 pages, first edition, with dust wrapper. This volume, published to mark the 70th anniversary of the founding of the Rand Club in Johannesburg, was the first of the three official histories of the Club. It was brought to fruition by LE Neame, author of one of the early histories of Johannesburg and the book was given to every member of the club. It is a staid, formal volume, meant to appeal to and hopefully be cherished by members (all members are systematically listed in an end appendix). It is very much an "in-group" type of history but the Rand Club was the most prestigious of the early gentlemens' clubs of Johannesburg and its history was part of the fabric of Johannesburg's past. Citizens from the early days readily formed clubs and for single bachelors in search of their fortune, a club offered domesticity and homely comforts. But the Rand club was always more than just a club. Modeled on the quintessential London club, the club was a colonial import. However the Rand Club was never a sports club and in the long run the lack of sports facilities is a limitation, particularly if you wish to attract more youthful members.

However anyone interested in Johannesburg and South African history will find insights and political fragments that identify the men of influence, the movers and shakers of the mining industry, and the eccentric characters who joined this self important and esteemed strictly masculine haven. Of course, as an official volume it does not give too many secrets away and one has to read between the lines to find the history that matters. The bland phrase, "the Rand Club has history thrust upon it",  is an understatement, what with the 1895 Reform Committee and the plotting of the Jameson Raid, being a target in the 1913 Miners Strike, the tumultuous events of 1922, the Rand Club was at the centre of Johannesburg's turbulent past. 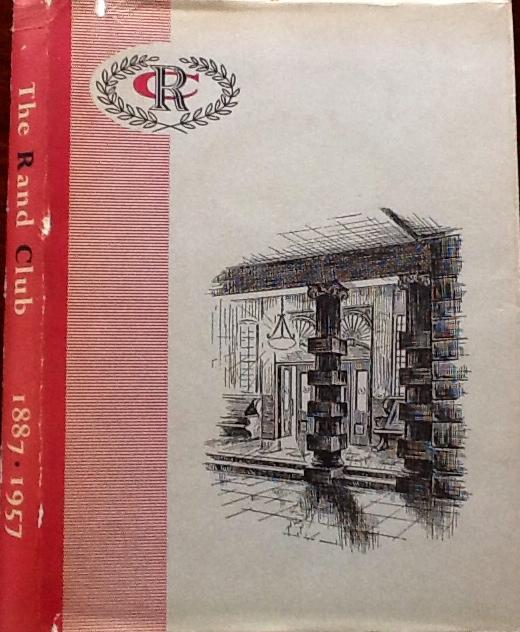 The book is a source for the architectural history of the city, with its careful coverage of the first, second and third club house all built in succession on the Fox, Commissioner, Loveday Street site. This history draws on the Club's records and is informative as to the struggles of club finances and considering the wealth of so many members it is surprising that this club seems to have always battled to balance its books.

The volume has an excellent set of 24 black and white photographs, including the bronzes of Rhodes and Kruger. Perhaps in the context of the recent political drive to dispose of the UCT  Cape Town statue of Rhodes or the painting of Kruger in Pretoria, the Rand Club could capitalize on its museum feel and expand their collections.

The Story of the Rand Club, Rene De Villiers and S Brooke-Norris, published by the Rand Club, Johannesburg, 1976, 179 pages, illustrated, with dust wrapper. This history was published by the Rand Club to celebrate the 90th birthday of the city of Johannesburg and tells the story of the Club's intimate relationship with the city from the pioneering days when the first club was no more than a single storey brick building with a wide stoep and a corrugated iron roof. It places the Rand Club in the context of a club as a socially exclusive all male domain where men could escape for a drink at a bar, a meal, comradeship and news. What was different about the Rand Club was that the club grew to maturity at the centre of what became the world's greatest goldfield. It was a uniquely colonial Johannesburg creation with a cosmopolitan but patriotic ambience. Its members were prominent citizens, political players and the entrepreneurs of mining, finance and business. They were an elite who were influential in shaping national affairs and the dust of the mining camp was left at the august doors of the club.    Always an establishment institution for gentlemen, royalty was welcomed, and prominent visitors were wined and dined. Rudyard Kipling was honoured with a dinner in 1898. The clubs fortunes waxed and waned reflecting often dramatic ups and downs of the city.

The Story of the Rand Club - De Villiers Brooke-Norris.jpg 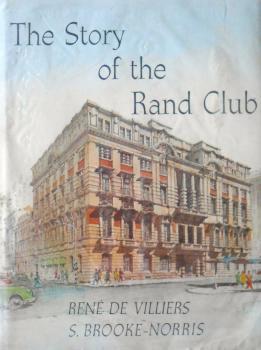 The authors are at pains to present the club by its ninth decade as attune to contemporary times, dynamic and changing, but in 1976 the club still had an exclusively all white all male membership and I can remember a time (the eighties ) when ladies dined in a side dining room and did not tread the main staircase. This book is more lively and more readable than the first history. The traditions and history of the club are preserved in its show cases of treasures and trophies, its portraits and photographs lining the hallowed walls. The book is a significant item of Johannesburg Africana and a particular delight of this book are the John Churchill Simpson paintings and drawings for the dust wrapper, frontispiece, and line illustrations. Again  Johannesburg photographs plus black and white pictures of the interior of the club draw together the essence of the club and its contribution to Johannesburg history.

Rand Club Centenary Album 1887-1987, edited by I F Sander. 34 pages, illustrated. This is the third club history and its publication in 1987 coincided with the centenary of the club. The style and format differs from the two earlier histories as it was a celebratory album. The  larger format, the mustard coloured thick paper, plush maroon stiff boards, gold lettering on the cover together with the mix of sketches of club interiors (by the artist Laurie Hall) and small marginal illustrations of club memorabilia and photographs gives this volume the feel of an old family treasure. The text summarizes the highs and lows of club social  history. 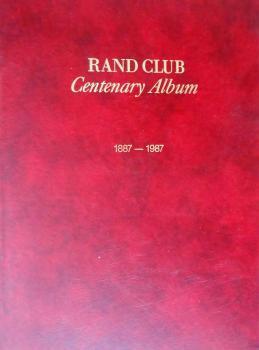 The club was a sanctuary and refuge for gentlemen where they could play cards, debate the politics of the day, dine in some style, read journals, snooze in the library or network for business. This volume records the eccentric characters, the social antics and the celebratory dinners, events and balls. I particularly enjoyed the account of an exchange of letters of the Club and MK Gandhi who in 1903 challenged the Club's dismissal of a Portuguese cook, so it was an early dispute in labour law. One drawback of the book was the placing of the labels and explanations of the text illustrations as end notes. Together with the earlier volumes, this book is an attractive addition to any Johannesburg book collection.

Battle of the Books - The Rand Club.png

Club histories reveal more than just the institution, they offer an insight into their context and the broader societal framework. My favourite of the three histories is the 1976, The Story of the Rand Club, because it is not as stuffy as the first volume nor as lighthearted as the third album. It is a book of some substance and useful for the Johannesburg story. Anyone reading any of the three books needs to take the next step of a visit to the club and to request a tour, as I wonder whether this substantial institution will survive another century in its historical glory and in the heart of Johannesburg as it has for the past 100 years. None of these volumes were sold in bookstores but now turn up fairly regularly in antiquarian book shops or on online book auctions. Again a collection of three books together is of greater value than a single volume and they feel "right" as a set!