The town that plague built 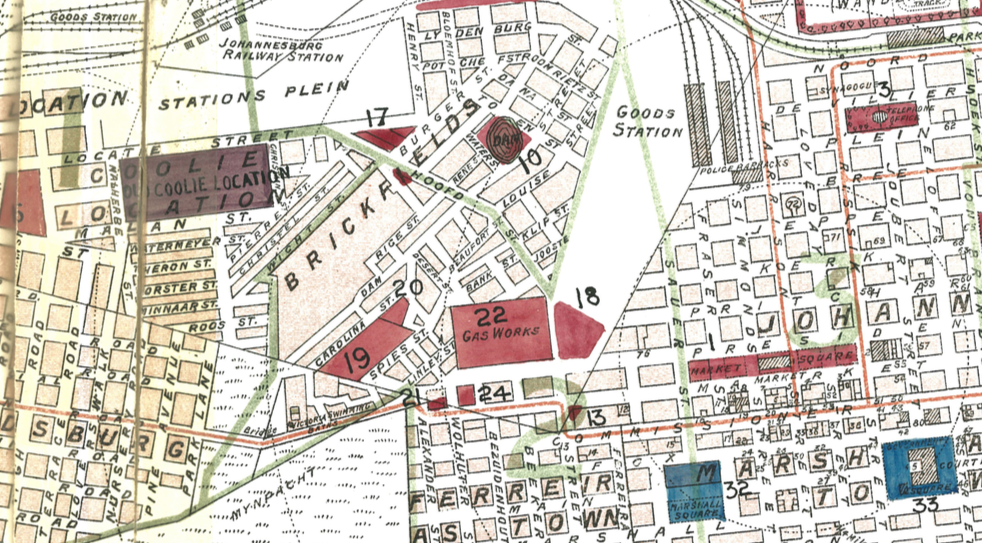 Cultural history is plagued by the plague. The Black Death stalks through history pages captivating and horrifying us at the same time, even Shakespeare used the threat of the plague in his plays to curse his characters. Most modern humans see the plague as something of the past, a historical disease far removed from modern day living and experience.

However the plague has once again raised its head.

In October 2017 the World Heath Organisation issued a warning to nine countries including South Africa that they were at risk of contracting the plague through trade with Madagascar which had lost 124 people to the Yersina pestis bacteria by the 26th of October 2017.

This warning and the slew of news articles written about the potential outbreak reminded me of some research I had done a few years ago about early Johannesburg.

In 2013 and 2014 Newtown Junction was being built. At the time I was asked to be involved in the building process as the excavators had been digging up a great deal of artefacts. I went along to the site and was greeted with a stratigraphic column containing a 30 cm layer of what looked like glass glued together with ash. It looked like something you would expect to find near a volcano or at the sight of a devastating fire.

I had to know what happened. 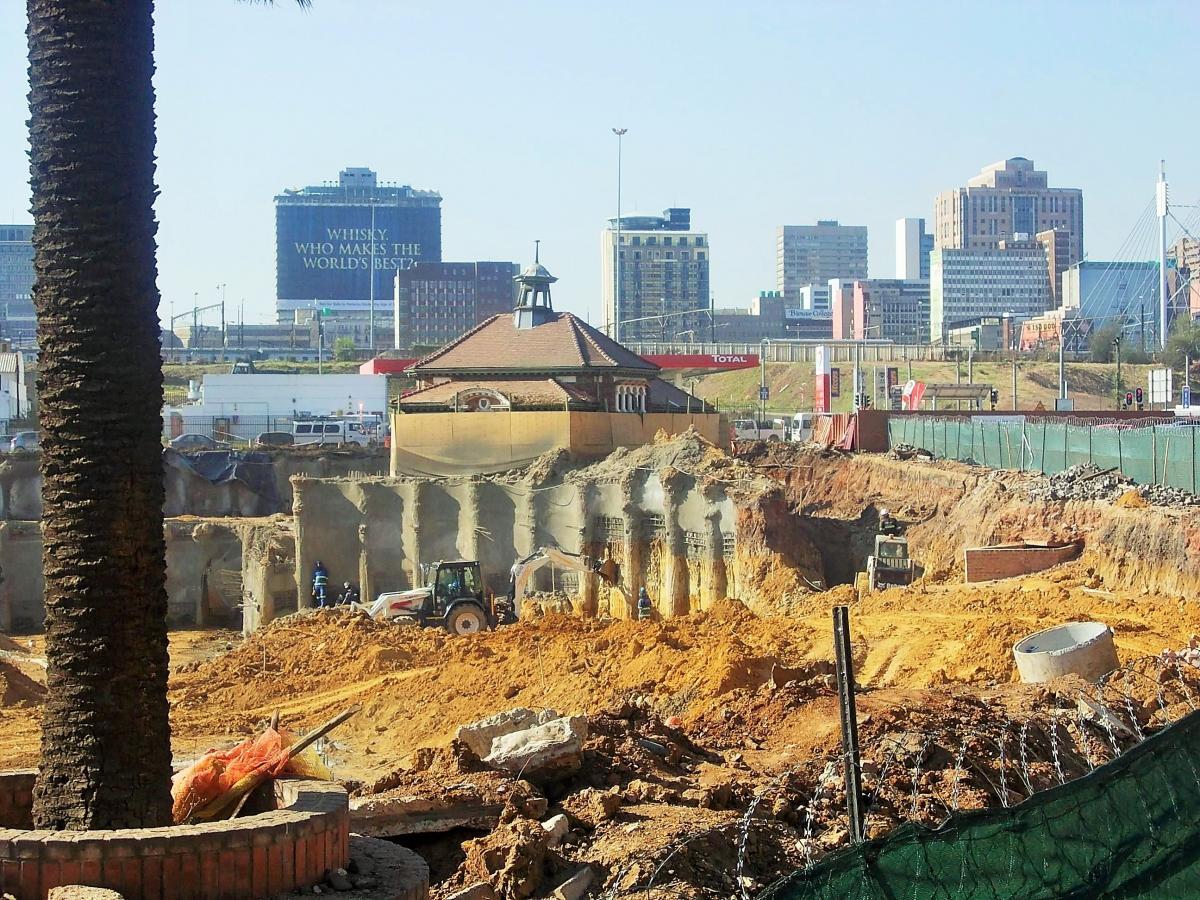 The area we know as Newtown was once an amalgamation of areas known as Brickfields and the Coolie location. This was in the early 1900s so the name wasn’t seen as something derogatory, more of a descriptor. The area was a hive of activity housing a multicultural mishmash of people. There were all the necessaries for life at the time. There were churches, Hindu temples, mosques, whore houses, bars, print shops, factories and houses all lumped together in a delightfully squalid mix of culture and life. The government at the time did not approve. 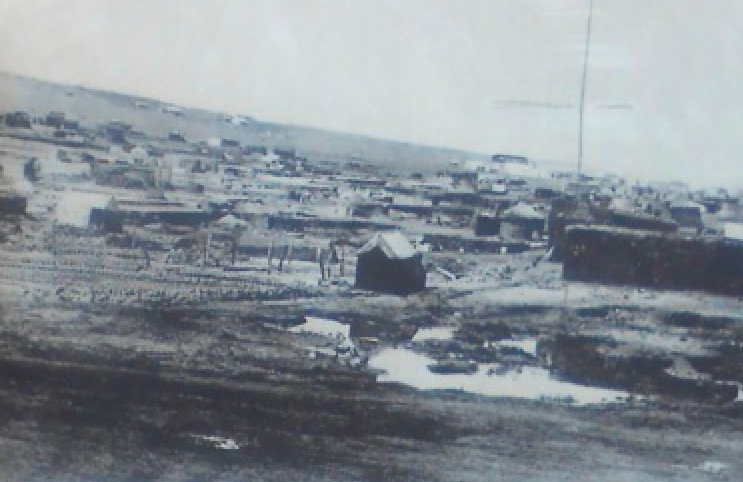 That of course brings us back to the plague. How do you move an entire community without causing an uproar? Well you find the right rumour and the plague was just the one the Governor of the Transvaal, Lord Milner, was looking for.

In 1903 the rumour spread that brickfields and the Coolie location was plagued. Spring then into action the governor. He issued an order that the area be cleaned and redeveloped. So on the 3rd of April 1904, the people all safely segregated and relocated, the fire brigade of Johannesburg burned the area to the ground. 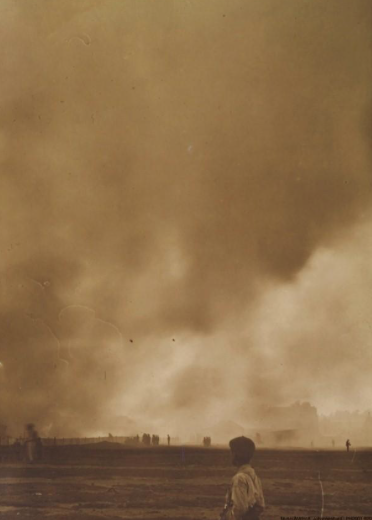 The city could now turn its least favourite settlement into a new town. The area was redeveloped into the Market district and renamed with the highly imaginative name: Newtown.

By 1913 the building was complete and the Market complex area was open for business. The complex included the market building, created in Scotland and shipped to Johannesburg for construction, the potato sheds for storage, an abattoir, stockyard and a train station. 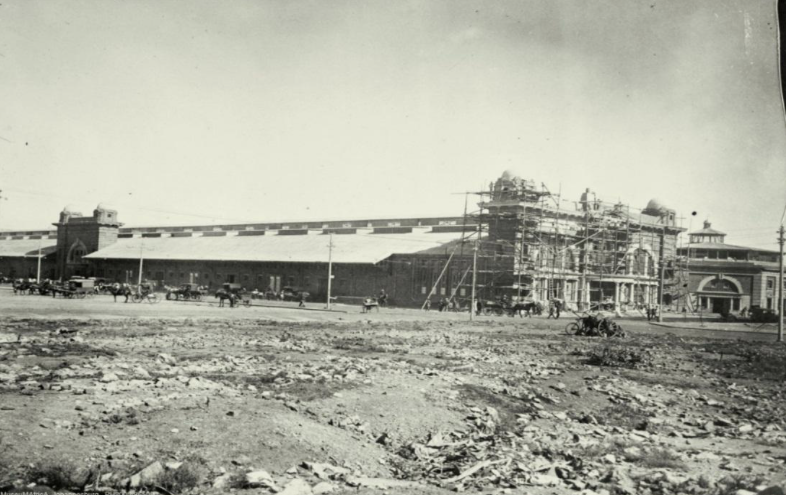 This market complex was the hub of fruit and vegetable distribution until 1974 when the Market, that had outgrown its home, was moved to its current location in City Deep. The building was then turned into the Market Theatre and the Africana Museum in progress, now known as Museum Africa. 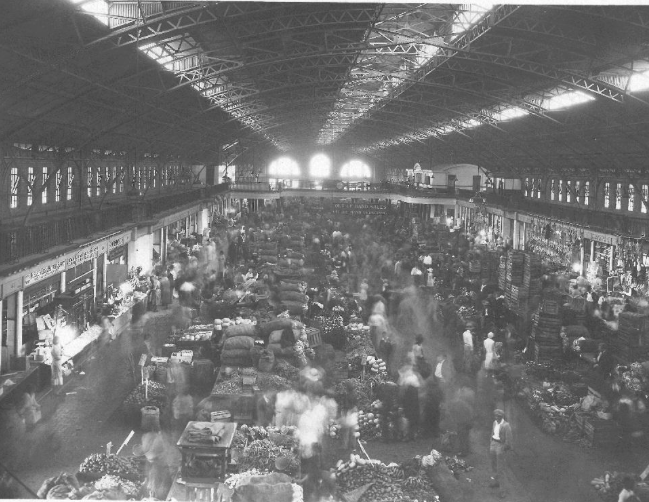 Inside the market (Museum Africa Archives)

So mystery of the ash layer solved.

Historians have the somewhat strange ability to look at history with binocular vision, we can see the past and the present at the same time, often in the same place. The reoccurrence of plague in South Africa reminded me of the history of one particular part of our city and one occurrence that changed the face of that city. 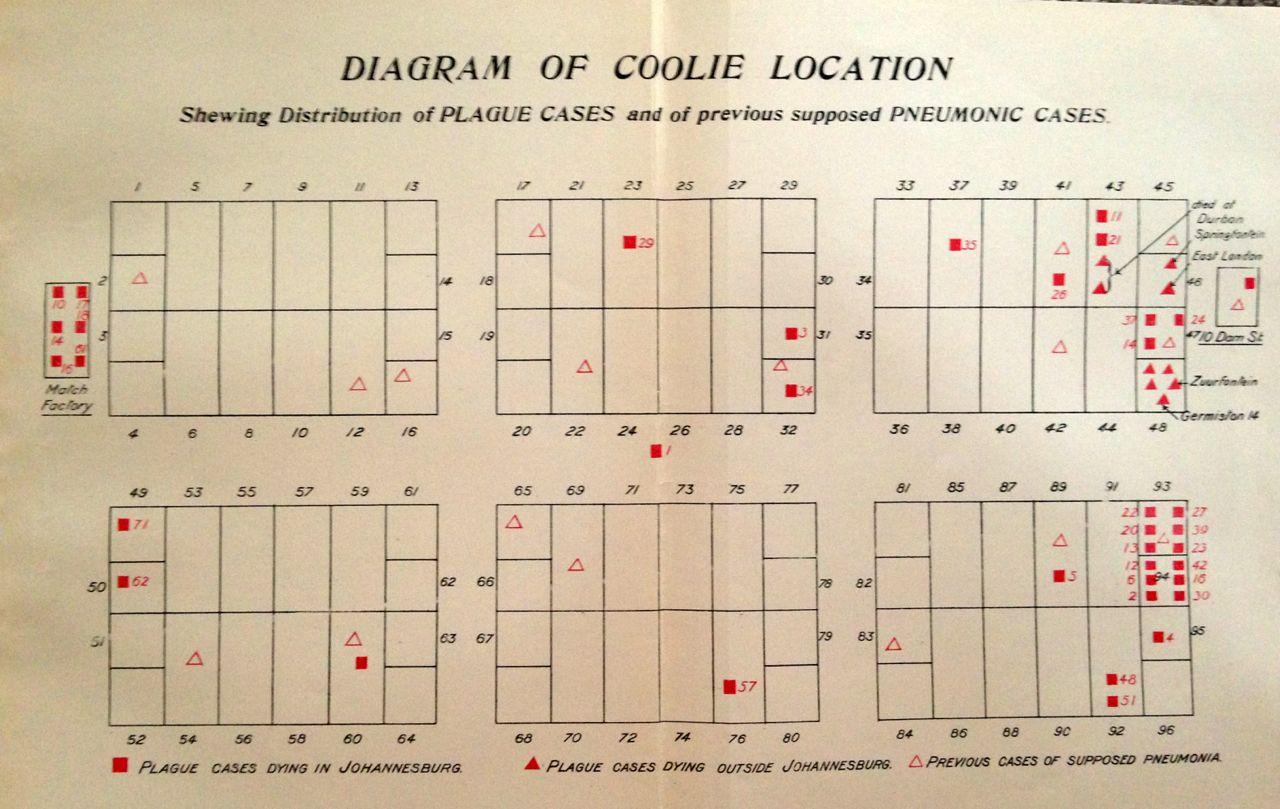 Diagram from the official Plague Report

I wonder how history will describe how we manage this new outbreak of the plague. Will we be looking back in a century’s time at spaces built on the ashes of the latest pestilences victims?