History and Style of the Bo-Kaap 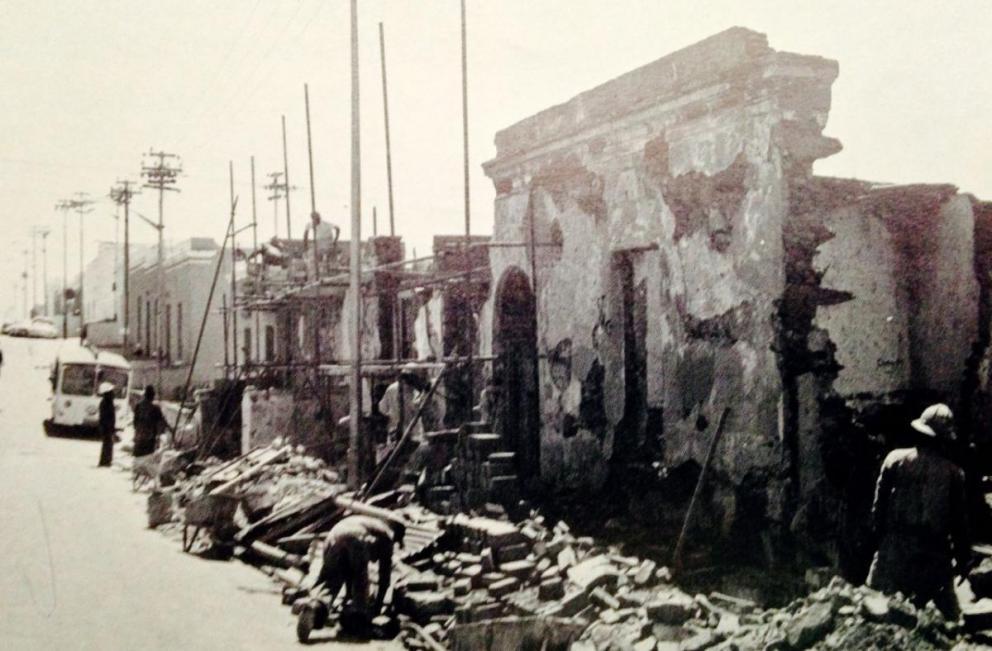 In the article below Lesley T Townsend takes a brief look at the history and architectural style of the Bo-Kaap as well as the major restoration project that took place in the early 1970s. The article appeared in the 1975 edition of Restorica, the journal of the Simon van der Stel Foundation, today the Heritage Association of South Africa (HASA). Thank you to the University of Pretoria for giving us permission to publish.

The Malay Quarter, known by some as “Bo-Kaap” and built largely by and for the artisans of Cape Town between 1790 and 1825, was subsequently occupied by people of the Moslem faith. These included political exiles from Java and Ceylon, who moved into the area around 1820. Liberated slaves moved into the area after 1834 and with them Malay people who had been living in the town. Over the years the area has come to be identified as the heart of the cultural life of the Malay people. Major influences of their life in the Cape have been their religion, the culture of their forebears, visits to Mecca and the Dutch and English colonists.

The Quarter extends over 34 ha (85 acres) bounded by Buitengracht, Rose Street, Carisbrook Street, Strand Street and the slopes of Signal Hill. The housing is made up of long continuous rows of small, mostly single-storeyed, flat roofed houses; staggered to step down the slopes. All the houses face on to the street, with access to the front door immediately off the pavement via the narrow stoeps which have low brick walls and stoep-seats at each end. The straight parapets are decorated with mouldings. 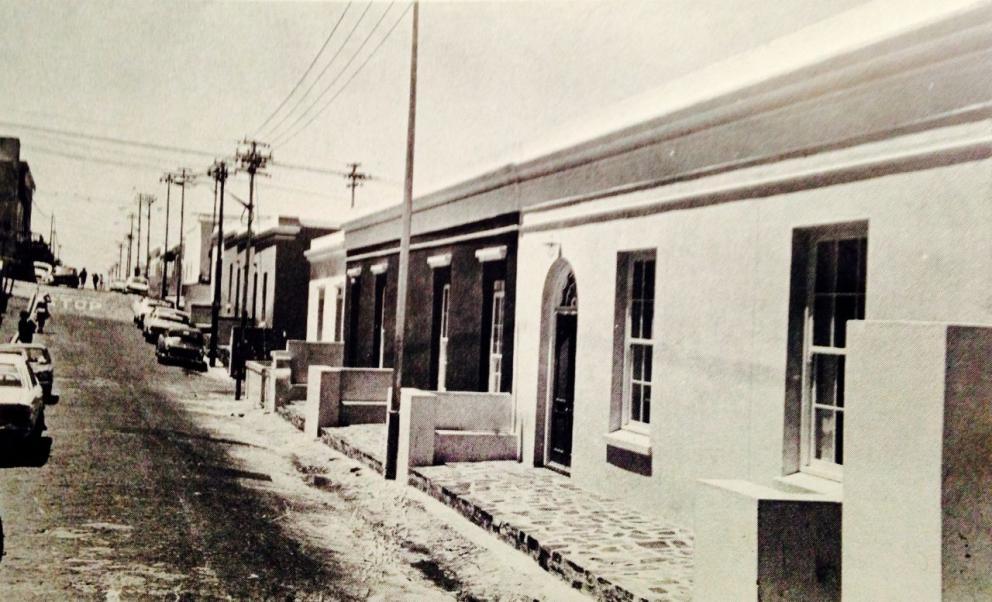 The houses have stone foundations and walls of sun-dried bricks laid in mud mortar protected by lime plaster, and lime washed in various colours. Yellow-wood beams and boarding hold the roof, made up of bricks laid in clay and covered with lime plaster and kept watertight with whale-oil molasses and more recently covered with tar or bitumen. For reasons of economy the roofs of the restoration houses are of corrugated aluminium.

Two basic styles predominate the Malay Quarter - Cape Dutch and Cape Georgian - the character of the styles being very similar. The unifying elements are the windows, fanlights and doors and parapets. The design and proportions of these were Cape Dutch, and later, with the British occupations, came the Georgian style and Adam proportions.

The Cape Dutch style continued to be used in the Georgian era and these two styles became assimilated into their distinctive form. 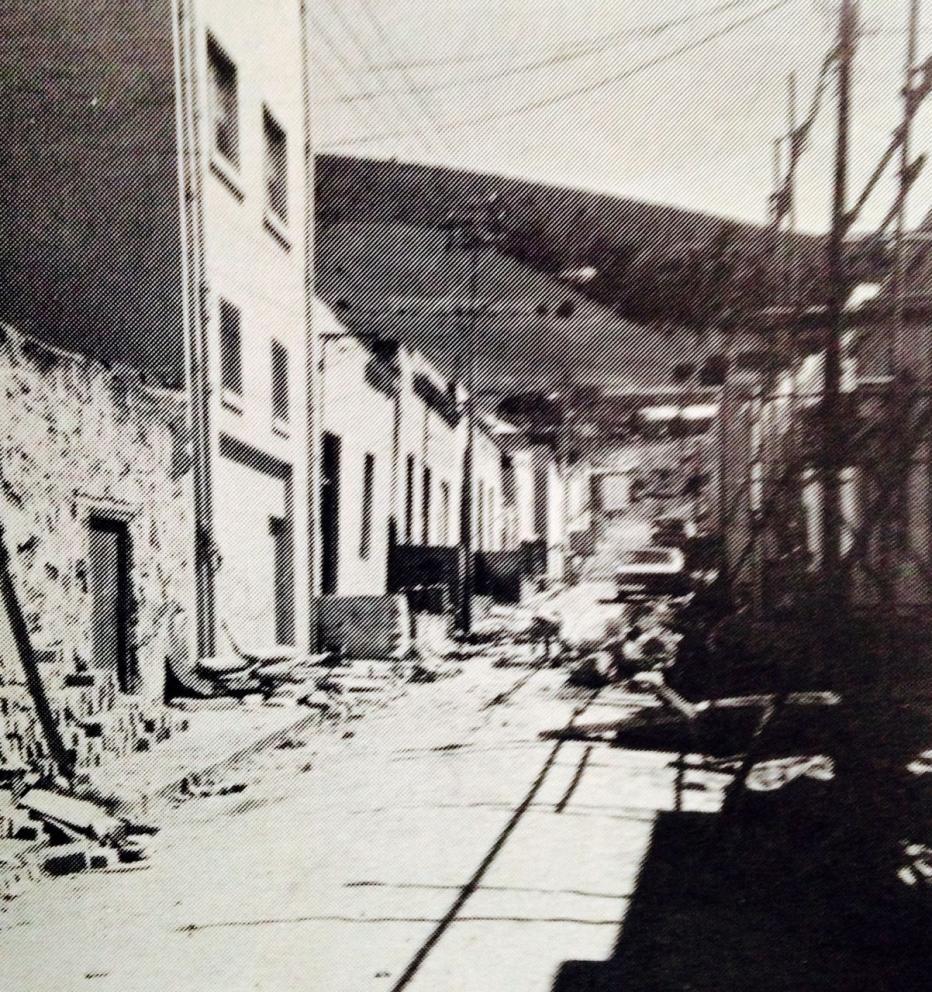 The mosques seem, both physically and metaphysically, to integrate all the elements of the area. The corner shops, a Regency (late Georgian) innovation, generate activity. The scale of the street is of the pedestrian; it is a social space, where people gather and talk and children play, reminiscent of old cities in Europe.

A part of the Malay Quarter, that is the streets Wale, Church, Shortmarket and Rose and Chiapinni Streets, was declared a National Monument [Provincial Heritage Site under current legislation] in 1966 and in 1971 the City Council began the first phase of restoration. Care is being taken that the existing beauty and unity be preserved as an example of traditional, Cape, domestic architecture. It is intended that that the cobbled streets will be restored and lamps will replace electricity poles and cables.

Restoration is proceeding apace with 48 of the 52 dwellings completed. It is planned that further dwellings are to be declared National Monuments and restored.