Going Inside the Kensington Castle 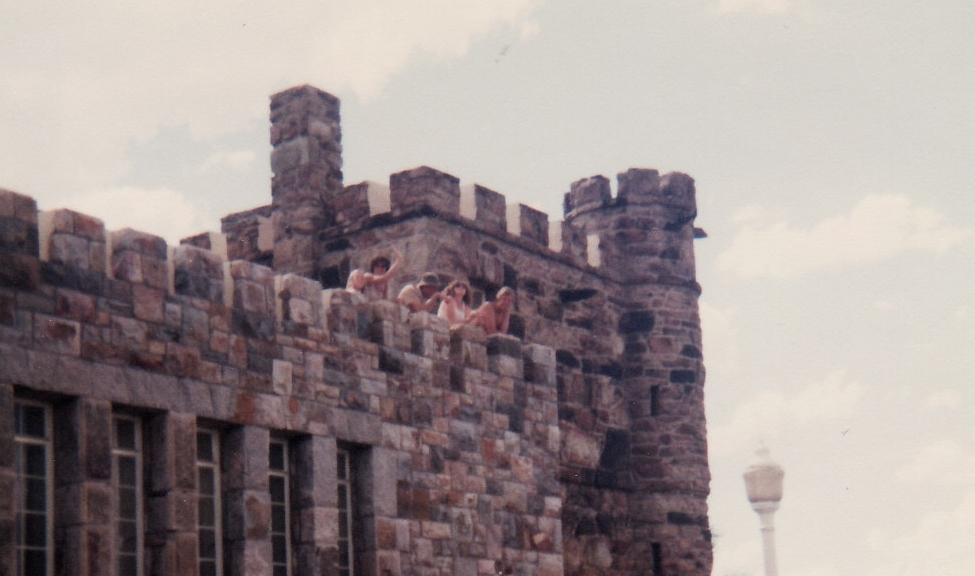 The castle was built out of quarried stone taken from the hill and that area was also a great place to play in as we grew up. I presume it is the same today, unless they have built houses along the back of the koppie. The entrance to the castle was up a ramp and a small balcony leading to the front door. Just inside the door there is a stairway to the second floor on your left and straight ahead you walked into the kitchen. The height of the passage way is quite low, so I presume the builder was a short person. Up stairs led to the bedrooms and a balcony, looking down into the lower hall or dining room. There were old flags on the walls and a suit of armour.

We were never allowed to go up to the top turret look out, as I think the stairs were not in good shape. 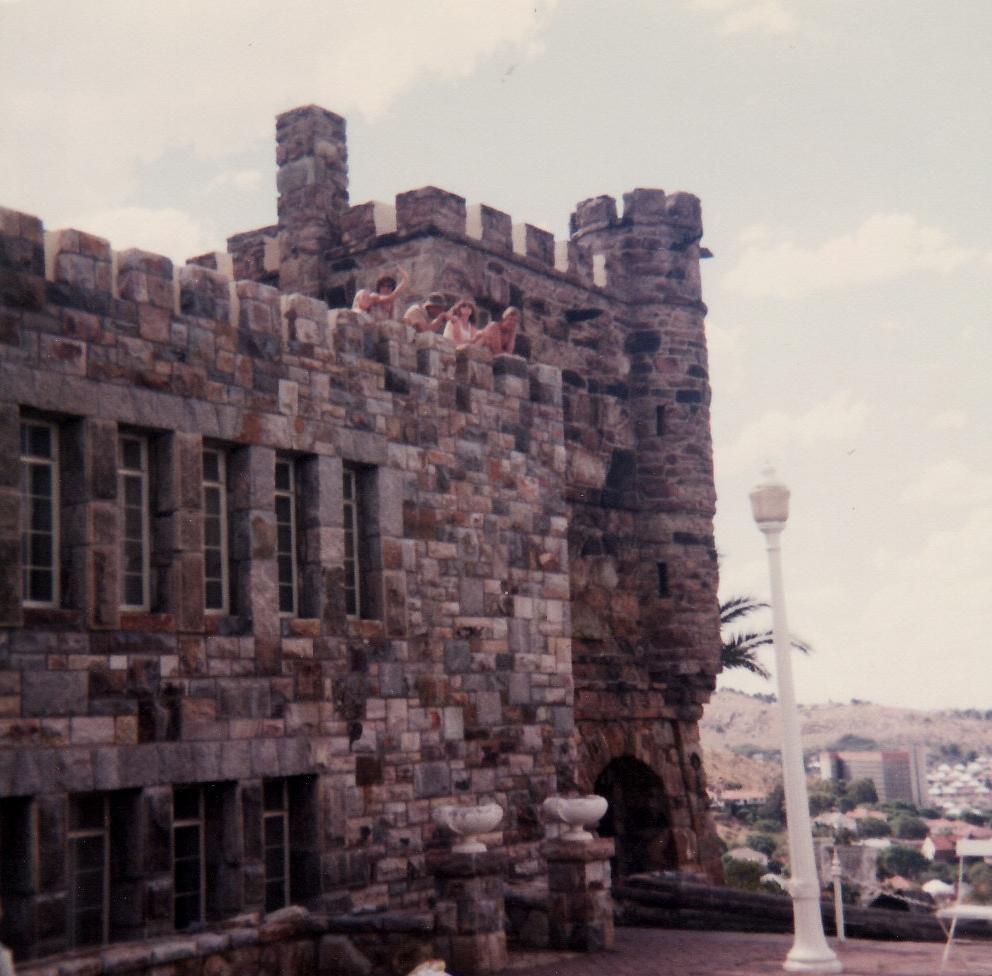 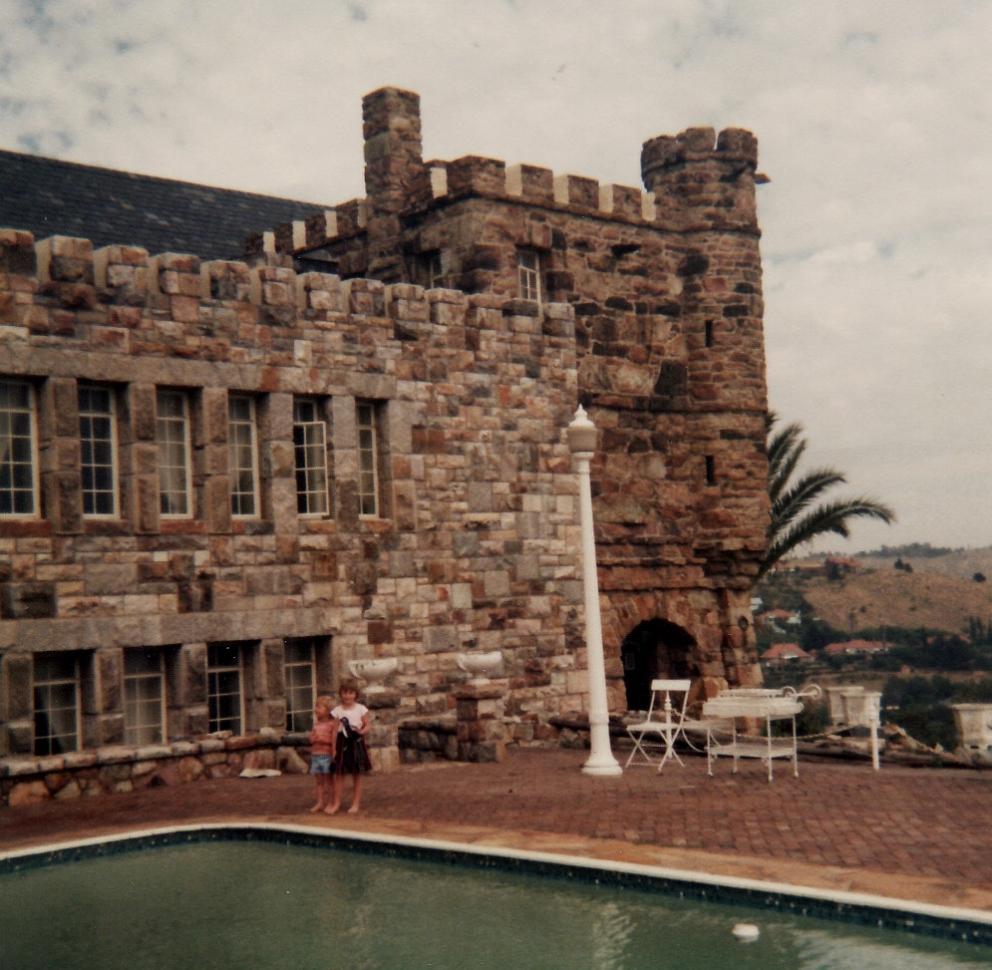 When the castle was owned by Mr and Mrs Leader, I used to help him in the garage. Like my dad's garage there was always a lot of things being stored for repair at some stage. On one occasion Mr Leader had been to an auction and bought a big box of fire damaged alarm clocks. We spent hours cleaning them and trying to get them to go, with the result the shelves were full of clocks ticking away, some with burnt faces and no numbers visible or fingers to tell the time. I have no idea what happened to them but it kept me out of mischief for a while. 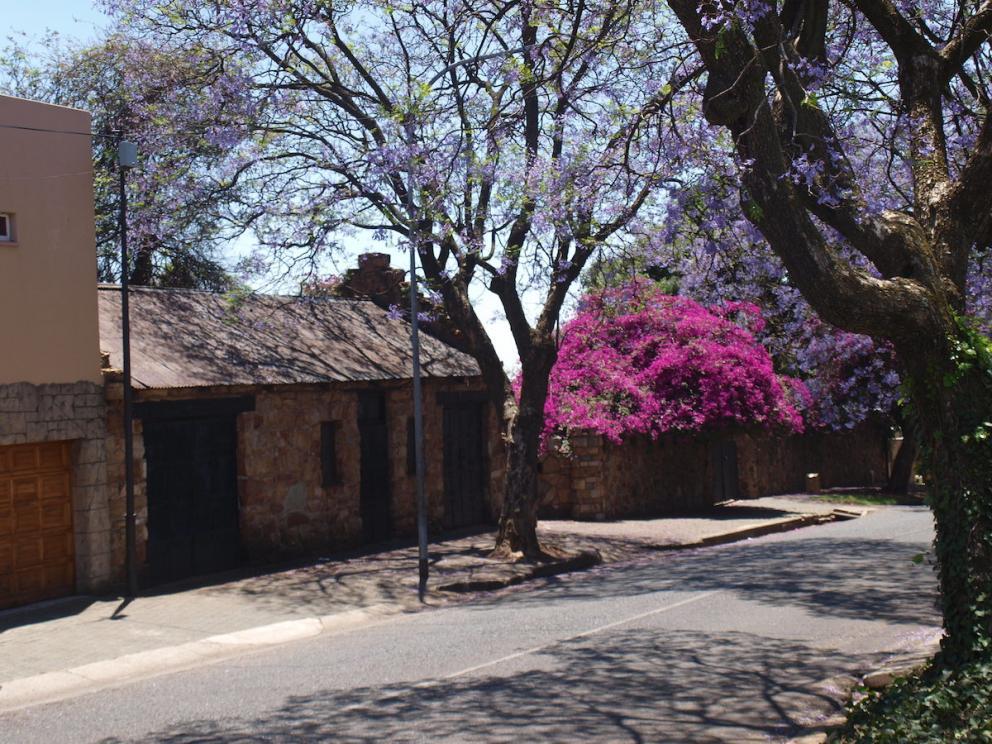 The picture above shows the doors to the garage and the next one was to the workshop, that I never saw open. Entrance was via the garage, where two cars could be stored. My brother and I used to climb the black pole, next to the garage to gain access to the white brick garage roof next door, where I tried my first cigarette (bad boys we were). There is now a second story up there.

When Mr Van der Speck bought the castle, he did some big renovations, including the swimming pool, additional building next to the pool and also the big banquet room attached to the main building.

The lower section had painting and furniture and fortunately I found some photo's that may be interesting... 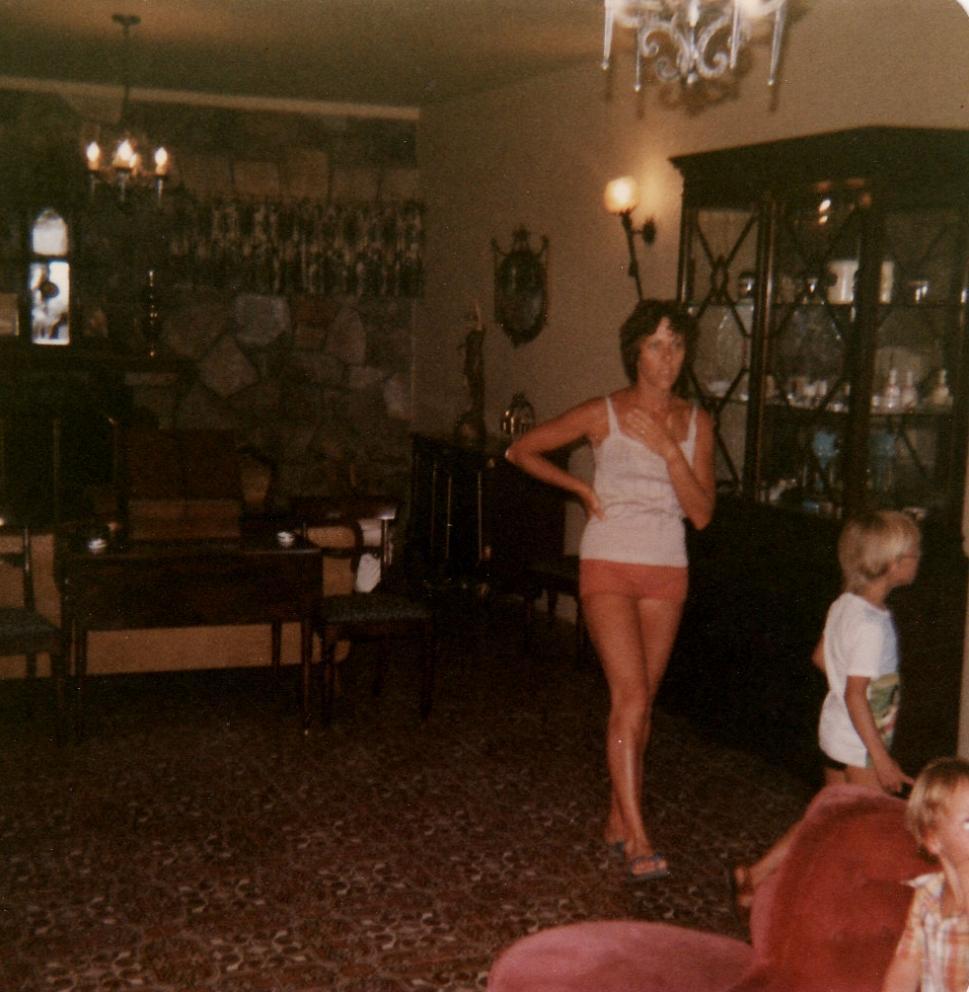 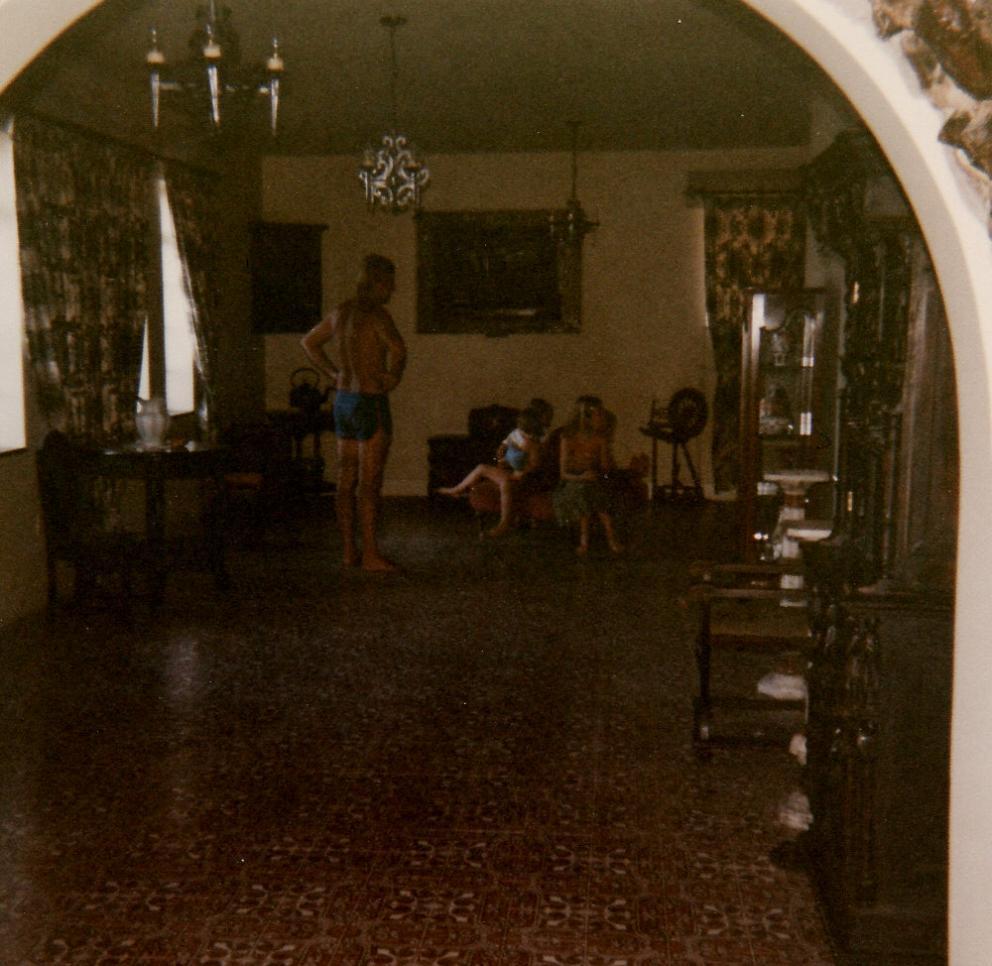 The picture below shows a beaten copper picture on the far wall and this is what it looks like. Could be a royal scene or a church setting. I have tried changing the colour to get a better look... 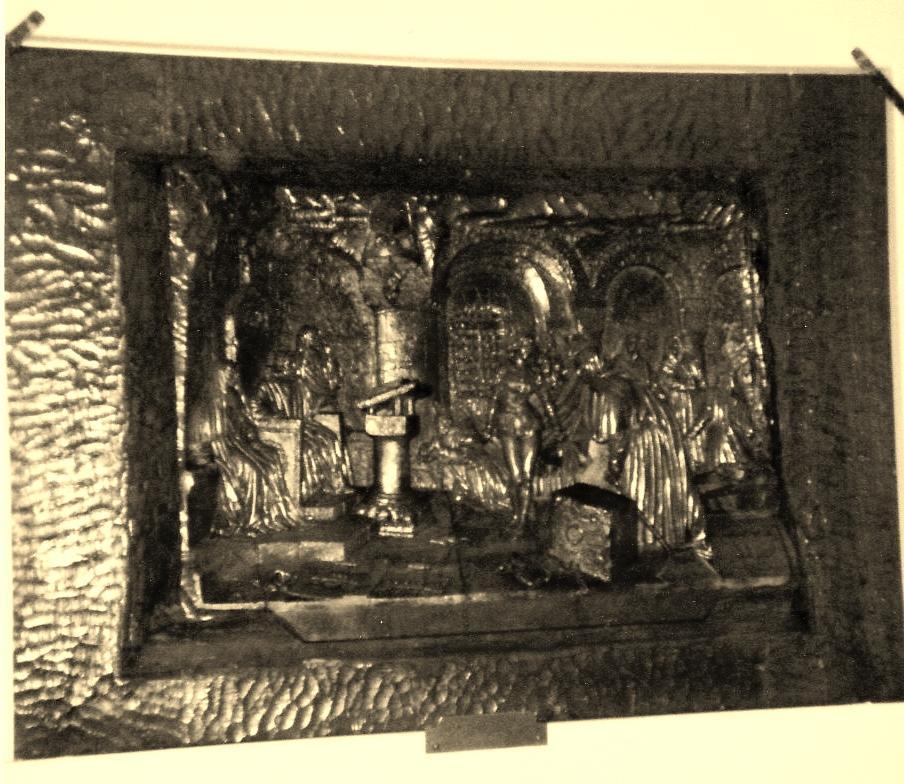 Well that is about all the info I have, so hope it has enlightened some of the history about the castle. I have enjoyed digging into some old memories, some of my stories will have to remain a mystery!