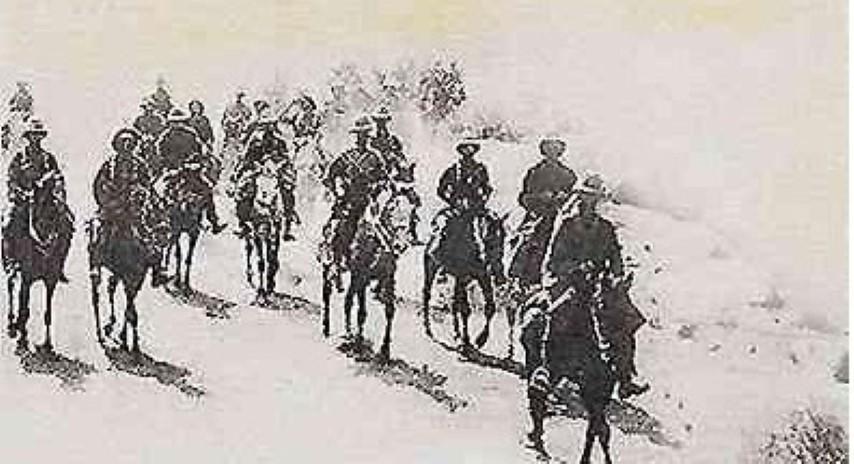 During the First World War (1914-1918) a surprising number of young White and Black South African men enlisted to serve in the armies of Britain and of her Empire. They were speedily moulded into soldiers, chaplains, medical men and labourers. They came from all four provinces of the recently established Union of South Africa to join, firstly, the South African Defence force to fight in the campaign to defeat and dislodge the Germans from their colony in German South West Africa. Later these young men enlisted to serve in an overseas expeditionary force and were sent to fight in East Africa, North Africa, the Middle East (Mesopotamia) and on the Western Front of France and Belgium. The Germans in East Africa under Von Lettow Vorbeck were elusive and the Battles of the Somme and Flanders became wars of attrition and static trench carnage.

The motives of these volunteer soldiers and workers were varied. There were ancestral ties for some whose families were 19th century immigrants to South Africa. Patriotism and a belief in the unity of the British empire inspired such men. Other youths sought fame, glory and adventure. Perhaps they sought an escape from humdrum ordinary lives on farms and small villages or in unpromising careers. Few knew in advance that the slaughter and swathe of destruction of the first technologically driven war would end in death in the trenches or injury, disablement or debilitating tropical fevers. The pity and loss of war had to be carried by the grieving mothers, widowed wives and orphaned children for lives sacrificed not in defence of their homes and farms but for some greater, vaguely understood Empire goal.

Now a century later we remember and try to understand why it all happened and what it meant. The strategic histories of the battles were told in the campaign and regimental histories; biographies and memoirs of the generals and the politicians directing the war began to appear almost immediately after the war. The elusive histories were the experiences of the ordinary soldiers, the privates, in the trenches, ranging by foot or on horseback or motorcycles across the African veld. Historiography of the early 21st century now writes about the voice of the small man and attempts to recover and interpret the story of the individual soldier. The Imperial War Museum has encouraged families to deposit their archives in the museum. Letters, diaries, and oral histories may be studied in such repositories in London and in the case of South Africa, the university and national archives become a mine of information. The resurgence of interest in genealogical and family histories has revived interest in ancestors who fought or served in the First World War. This all means that there are many new First World War memoirs and histories appearing. At the same time professional historians (Stone, Macmillan, Ferguson, Hastings) write about context and meaning. The South African literature on the First World War has also been given a boost by writers such as Bill Nasson, Chris Schoeman, Ian Uys, Peter Digby and Tim Couzens in addition to the regimental histories.

The renewed efforts to make known the experiences of individuals is a distinct genre of history. James Bourhill has sought and found his own family history. He draws heavily on the superb historical papers collection of the University of the Witwatersrand and on the South African Defence Document Centre as well as the private James Bourhill collection. In this book he tells the story of five men from three related, intertwined South African families, the Stockdales, the Tobias brothers, and the Bourhills. This is a book about family history, endurance, survival and their later lives and progeny. The five young men, George and Meyer Tobias, Walter Stockdale, and Arthur and Jamie Stockdale come alive through their letters to their families. 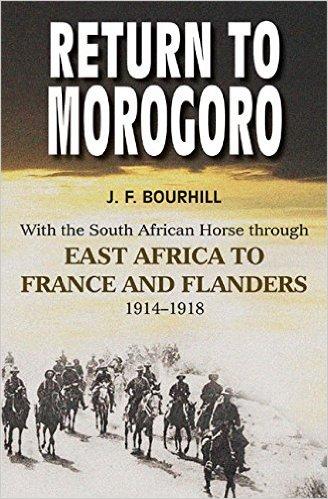 The author sets himself the ambitious and unwieldy task of locating and then mining family letters to both relate a family history (it is almost a family saga) and then to tell the story of young men in search of identity, service, love and adventure. It was remarkable that despite the horror and loss of war the five main characters survived (though only one was unscathed) and they all returned home to South Africa. Tropical illnesses such as malaria took their toll in East Africa. George Tobias, who served not as a soldier but as a chaplain was severely wounded as was his brother Meyer. Jamie Bourhill suffered repeatedly from malaria.

It is a complex story that takes the reader back into 19th century farming, mining and missionary roots and then forward through 20th century lives lived through warfare and peacetime adjustment. These letters written over the four years of war are the central focus of this valuable addition to the literature of the soldiers' experiences. Their families, the fathers and mothers, wives and beloveds are also players and active participants keeping home fires burning or themselves serving as vital nurses in hospitals in South Africa and England. The author achieves the rare feat of making the reader care about the fate of his grandfather and great uncles and I was pleased that there are some details of post war lives through the post 1919 influenza epidemic, labour strikes and economic depression. These men hardly returned to "homes fit for heroes". South Africa was still a desperately poor place for many in the interwar decades.

The best parts of the story are the actual letters. My own preference would have been for these singular, extraordinary, literate family letters from caring young men to have been produced in full. The narrative should focus more strongly on context. Too few of these marvellous letters are reproduced in full. The voice and personality of the leading characters comes through most completely in them. I would have liked to have read the letters and not the racy mediated version.

The book is more of a family history than a military history. In a sense the author is too ambitious. He has been so caught up in the big family epic that the core of the book becomes too heavily overlaid with the background of earlier family history. It is the individual going to war who matters here. The book is illustrated with many small, rare family black and white snapshots drawn from the private archive and hence have a documentary interest. Supplementary photographs are extracted from internet sources. Some undocumented contemporary newspaper cartoons (no source reference given) are amusing but have little point unless directly and explicitly connected to the story. The neat maps of campaign activity help, for example, in positioning Morogoro. A glossary explains South African terms. The index is professional.

The bibliography has the feel of an incomplete working document and there are some significant omissions in the bibliography. For example, Delville Wood cannot be discussed without reference on the work of Ian Uys. It should have been explained that "Father Hill" (dropped into the story on a few pages) was Eustace Hill, who was the hero of Delville Wood who later became the headmaster of St John's College, Johannesburg, 1922 to 1934, this sort of thumb nail sketch of a featured character could have been put into an explanatory footnote. Richard Meinertzhagen is discussed at length but the source referencing for the controversies surrounding his career is missing. The wealthy Jewish businessman referred to as Mr Marks was presumably Sammy Marks and his biography by Mendelsohn could have thrown light on this encounter.

The source material used by Bourhill has been pinpointed in asterisk footnotes but endnotes or footnotes could have been used more effectively for research cross referencing and further elaboration. An important omission is the lack of a family tree or genealogical chart showing the links between cousins, parents, wives, uncles and aunts, to sort out the confusion of main and cameo players in this saga. In that sense the book is less polished than it should have been. Perhaps a case of rushing into print too quickly? I think the book would have benefitted if a professional editor had been engaged or if there was an editor, the job was not well done. Thirty degree books is a publisher specializing in military history.

The strength of the book is the use of original archival material. Its historical value lies in the broad sweep of a family history and their trials, tribulations, daily anxieties and personal struggles as pioneers, pilgrims, missionaries, miners and farmers through several generations. The subtext is the impact of wars, from the Anglo Boer War through First World War to Second World War on English speaking, British immigrant families.

The Heritage Portal thanks James Bourhill for supplying a copy of his book for review.