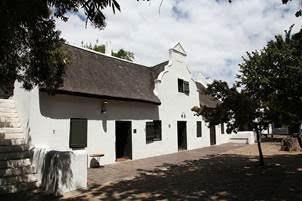 David will be speaking on the work of Ian Ford in historic precincts and how that thinking influenced the recommendations and interventions made at Spier by David and his colleagues. He's going to draw in the idea of cultural landscape as he uses it and as he feels it is approached in Ian Ford's work

Ian Ford was an architect and landscape architect who developed a deep understanding of the essential logic of the Cape vernacular tradition. Ian's respect for this tradition, and the cultural landscape with which it engenders, is evidenced by his sensitive design interventions and restoration work at historic farm estates such as Vergelegen,Groot Constantia, and Meerrust (amongst others), in which the patterns and techniques of the tradition are employed in subtle and contemporary ways. Ian's influence has continued through the application of his approach and methodology at the recent rehabilitation of the old 'werf' at Spier.

Tragically, Ian Ford was killed at the age of 57 during a break-in to his home in Tamboerskloof. His murder was a huge shock to the local architecture fraternity.

David Gibbs is a Built Environment professional with an academic affinity. He teaches within the urban design, landscape architecture, city and regional planning programmes at UCT. He co-developed the Mapping Cultural Landscape Toolkit and Syllabus for the Association of African Planning Schools, co-founded the practice, gibbs saintpôl Landscape Architects, and has served as ILASA President, SACLAP Education Councillor, and FLA Young Professionals’ Advocate.

Venue: The Athenaeum, Boundary Terraces, Newlands, at the intersection of Mariendahl and Campground Roads.