Artist and cultural doyen Mbuso Khoza will lead The Afrikan Heritage Ensemble in reliving the story of the battle of Insandlwana where inspired Zulu warriors outthought the mighty British army in this part of the world’s most famous anti colonialist clashes.

The armed confrontation, January 22, 1879 is recorded as the only time where the British colonialists suffered a decisive defeat, despite its sophisticated weaponry.

The award winning Khoza, also a heritage consultant, will regale audiences with intimate details of the national psyche in the run-up to as well as the during the aftermath of this historical incident. He uses data gathered from the lyrics and harmonies written and performed during the Isandlwana battle.

“The idea of this musical lecture was planted in me by the amount of work I discovered during the research on amahubo, the 17th and 18th century hymns sung by our people”, said Khoza.

“It then dawned on me that amahubo are actually time capsules fully encoded with vast amounts of knowledge on how our leaders and their subjects responded to the advancement of colonialists and how this has led to the kind of society we have up to this day.”

The lecture will be delivered both in song as well as narration. Accompanied by the Afrikan Heritage Ensemble, Khoza promises that the story will be beyond the normal glorification of King Cetshwayo’s exploits.

“This is a South African story of how unity of purpose has achieved what experts would have called the impossible as Africans demonstrated the readiness to lay down their own lives in defence of their land,” said Khoza.

The Ensemble, an acapella unit of 16 strong voices, was formed in 2015 following auditions for township youths who would be taught the art of singing and interpreting amahubo.

Under Khoza’s leadership they have since recorded two albums of amahubo, the latest with accompaniment by the Netherlands’ award-winning jazz pianist, Mike del Ferro.

Since formation in 2016 the energetic troupe has toured both in South Africa and the rest of the continent to tumultuous applause. 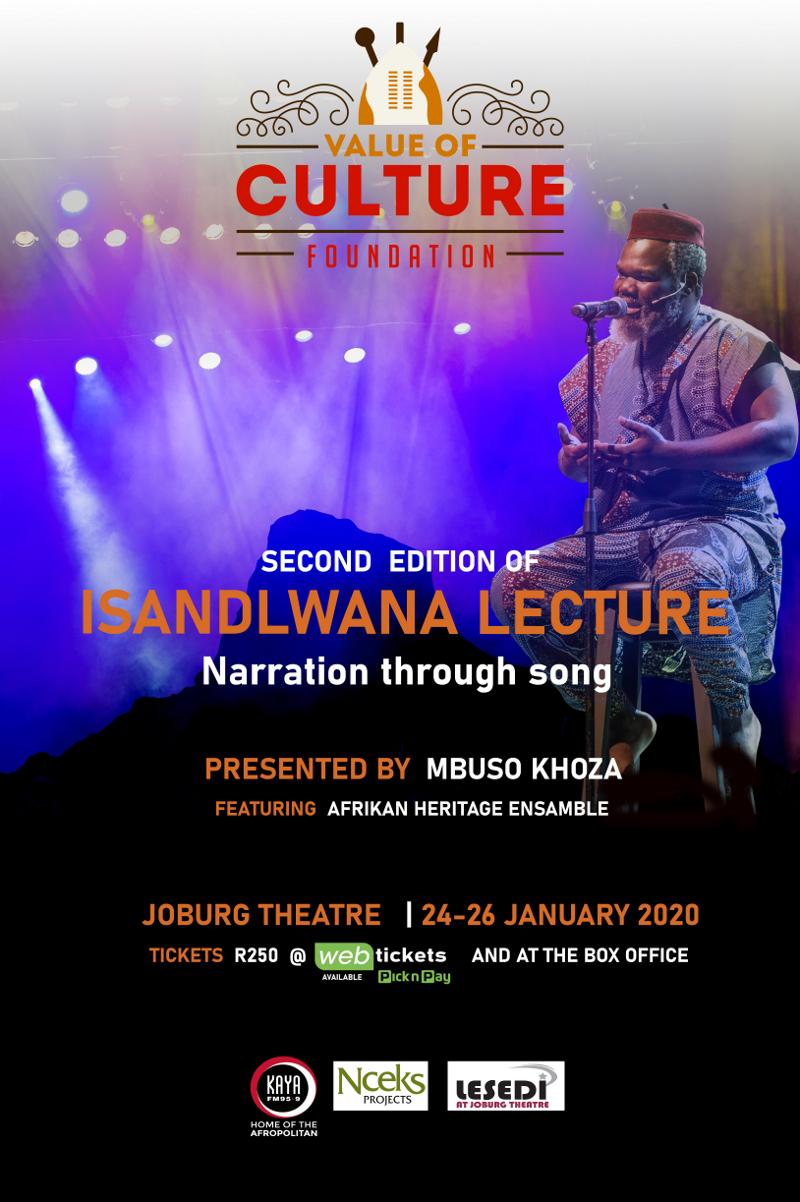