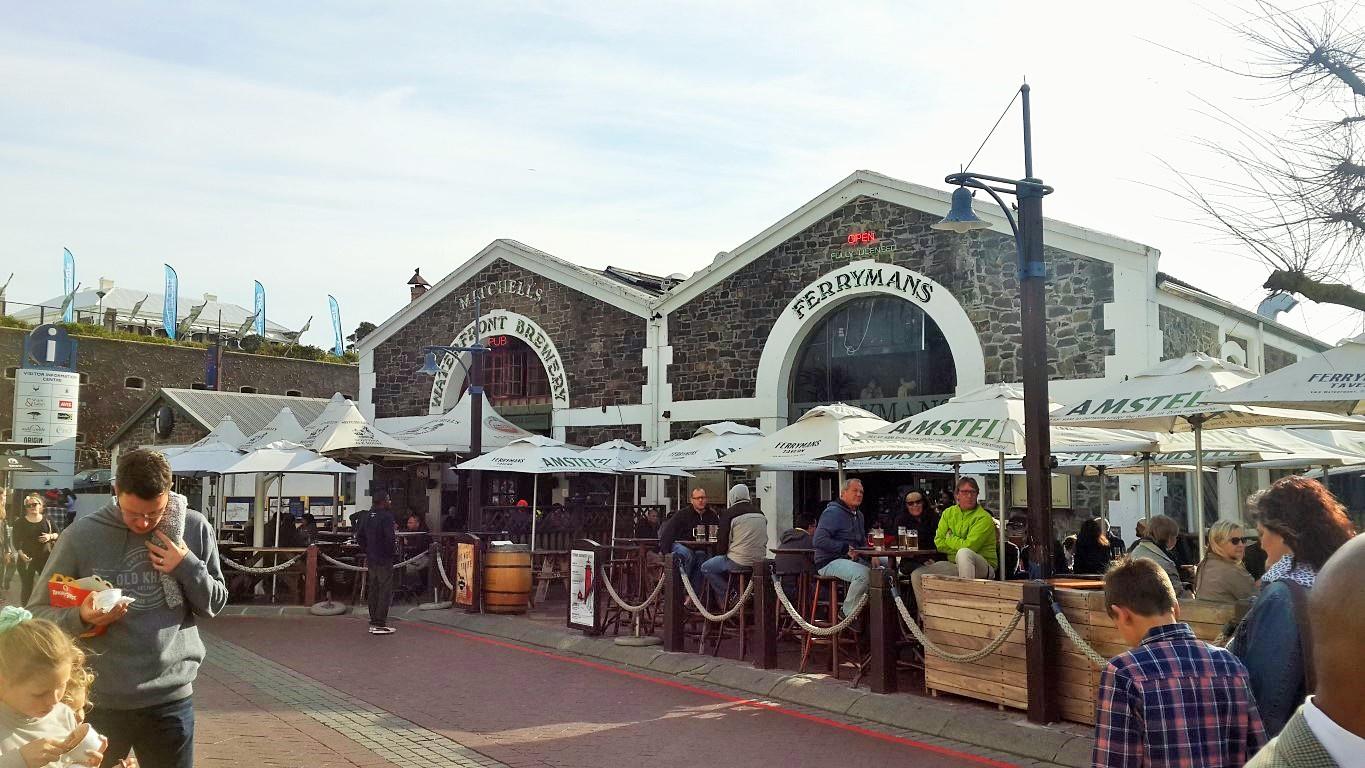 Round Six of our Autumn season kicks off this Sunday from the antique beach of last week and ambles down to the docklands of the V&A to unpeel the last few decades of neoliberal greenwashing, revealing Cape Town's lush, sordid, anarchic, internecine and cornucopian history as the reviled & revered 'tavern of the seas'.

At one time the Cape Peninsula was the second most important and frequently-docked harbour site in the world (can you believe London was the first?), and it still holds the mantle as the global capital for shipwrecks. As I usually end my Adderley wander by saying, this city was literally built (and continues to be built) on buried treasure.

And so much of it is still visible! From the aborted breakwaters that could have saved whole generations of sailors from storm-tossed nightmares, to the Portuguese watering-holes that capped centuries of Iberian curiosity with an innocuous empire of fish'n'chips, to the dozens of converted silos, batteries, warehouses, marinas and other slices of Victoriana that showcase, more clearly perhaps than anywhere else on the earth, how we changed from a species of merchants, wanderers and soldiers to a tidal wave of tourists, consumers and bemused spectators.

As ever, we'll start at 2, run in a just-under-two-hour circuit and then appeal for donations and gifts to the givers at the end. Then you're always free to join for a speakeasy drink and brain-picking session afterwards! We'll start outside the Ferryman's Tavern at the start of the V&A walk and then slice through four centuries to the heart of the first crossroads of all the world's hemispheres.

RSVP just to make us happy and please share the good news with your local family/friends. Remember these tours are just as much for locals as for visitors (if not more!) and if you want to hear our narrow range of kind reviews, message some of my lovely attendees from last weekend. Bring your own anecdotes, hearsay, suncream, beer money, walking shoes, questions, curiosity, scepticism and indulgence.