Was there really a Mushroom Farm in Sandton Central? 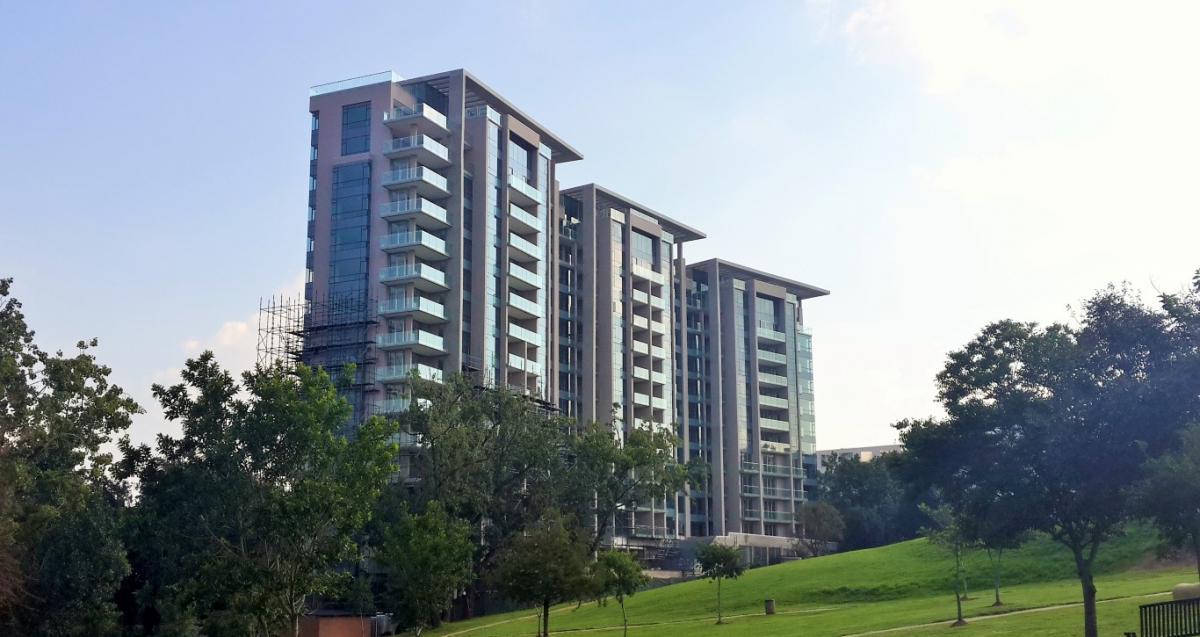 A few years ago Mushroom Farm Park in Sandton Central was used by the Bombela Consortium to access the Gautrain Tunnel during construction. As soon as the work was completed the company rehabilitated the green space and today it is a phenomenal resource for the Sandton community as well as many local and international visitors. Many people have asked about the name and want to know if there was ever a mushroom farm in Sandton Central. The following article, compiled by Avril Reid and first published in the Sandton Historical Association's 1994 journal, sheds some light on the matter (edited by The Heritage Portal).

The ‘Mushroom Farm’ is a tranquil and green public park near Sandton City with a pond and a small stream flowing though it. Surrounded by high rise office buildings, flats and town houses, this park is an oasis in the busy hub of the business world. 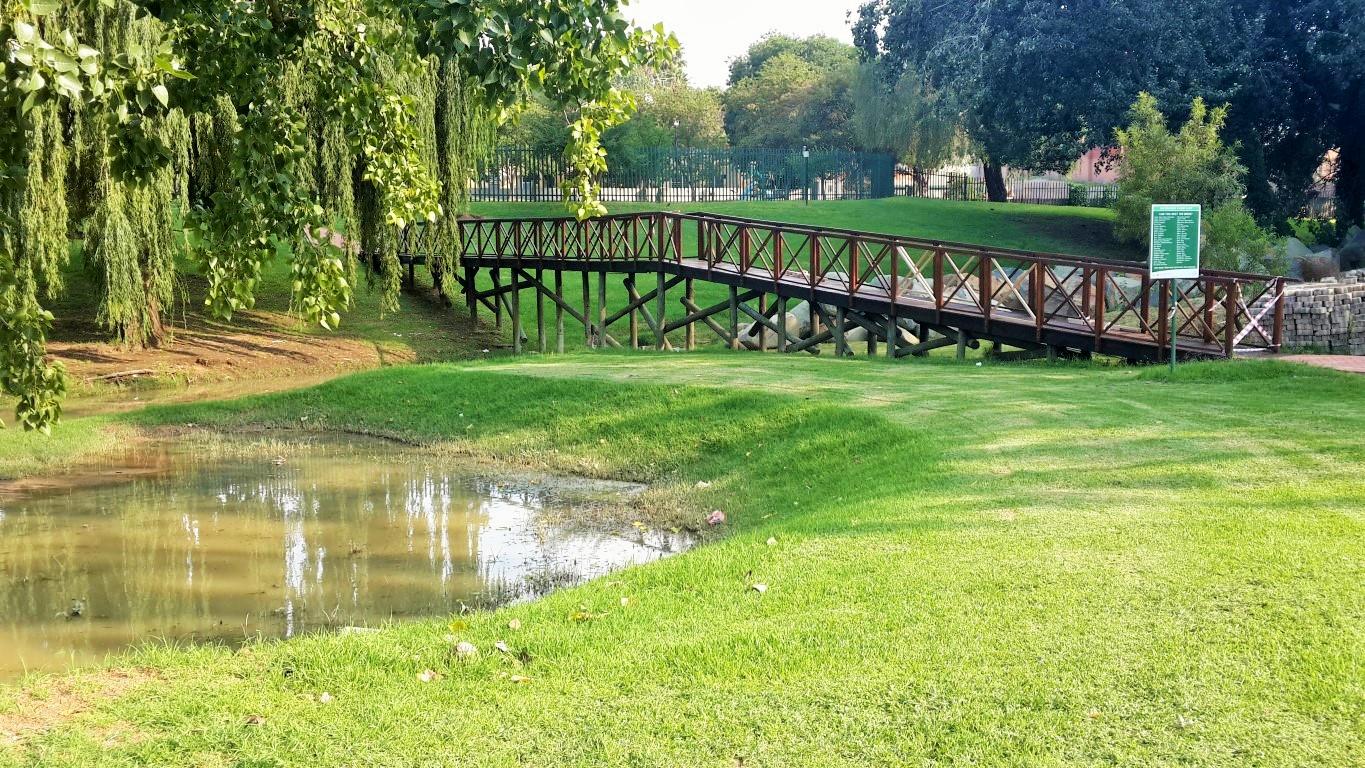 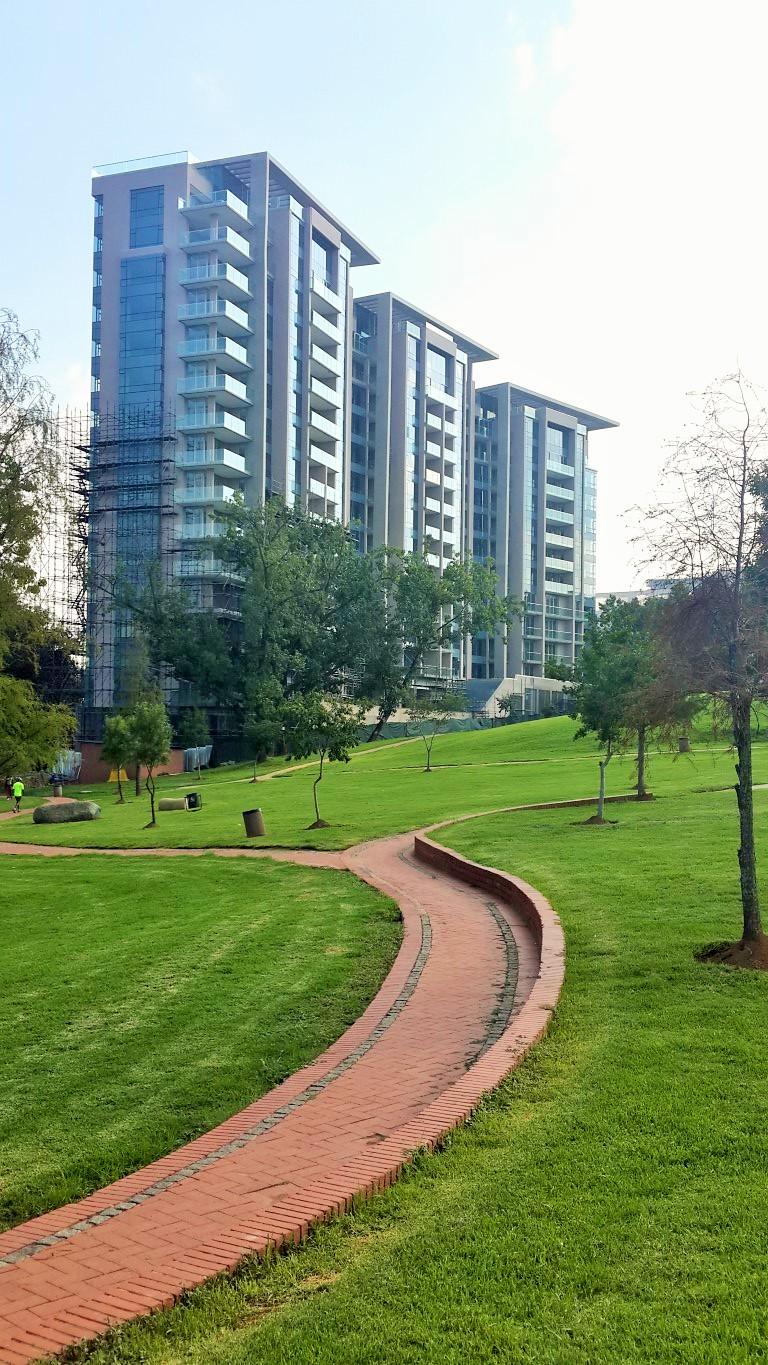 But why the strange name “Mushroom Farm”? The reason is simple - because that’s just what it used to be. Where the park is today, during the 1950s and 1960s, there was a thriving mushroom farm and cannery named after the small stream on the property, known as the ‘Silver Stream’. Indeed, many people will remember the well known brand of high quality mushrooms which traded under the name but which are no longer on the market.

Before its mushroom days, the property consisted of about eight acres bounded by Katherine Street and Linden Road, Sandown. It was here that eminent gynaecologist, Dr Charles Kark built his delightful thatched homed called ‘Longisile’ or in English ‘Everything will be alright’ The house address was 103 Katherine Street. The pleasant home was built in 1944, and Dr Kark and his wife, Thelma, laid out the attractive garden, where they specialised in growing roses and asparagus.

Aerial view of the home of Dr and Mrs Kark - via Sandton Historical Association.jpg 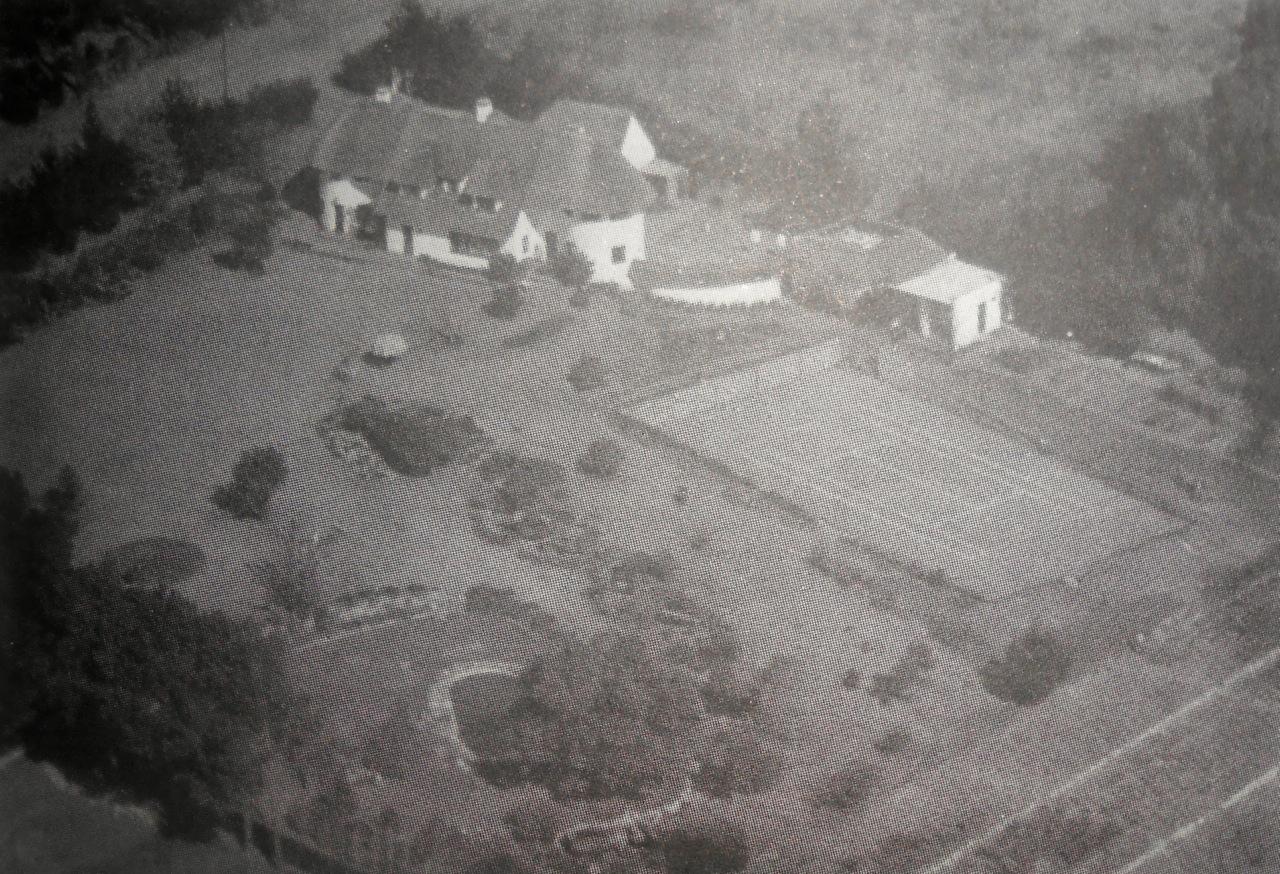 Charles Kark was born in 1894 at Johannesburg’s Simmer & Jack Mine, one of a family of seven. During the South African War the family was evacuated to Cape Town. Then, after his schooling there, Charles gained a scholarship to the Wits School of Mines, known then as the ‘Tin Temple’, and which eventually became the University of the Witwatersrand. He followed his course at the ‘Tin Temple’ by studying physiology and anatomy at the University of Cape Town, and then went to London to study medicine at Guy’s Hospital, later specialising in gynaecology and obstetrics. He returned to Johannesburg in 1931, where he subsequently became one of South Africa’s leading gynaecologists. Prior to his retirement, his scientific leanings led him to start investigating the possibilities of mushroom growing, and when he retired from medicine around 1951, feeling that he needed a challenge, he decided to take mushroom cultivation more seriously.

There was not much information about growing mushrooms in South Africa at that time, and Charles Kark got little help from local documentation, there being no other major growers of mushrooms in the country. So, persisting in his researches, he travelled to Europe, attended seminars and exhibitions and then returned to start his new career.

‘Silver Stream’ prospered in the early 1960s and in 1967 Dr Kark sold the operation to Tiger Oats, staying with them in an advisory capacity for a further four years. Tiger Oats later sold to Tongaat Mushrooms, which already incorporated Denny Mushrooms. The laboratories and factory were gradually moved away from Sandown, and in due course the land was acquired by the Sandton Council.

Charles Kark died in 1991, aged 97, fondly remembered by the many babies  he delivered during his first career and immortalised now by Sandton’s ‘Mushroom Farm’ in his second career. The fact that Sandton ‘Mushroom Farm Park’ is now available for all to enjoy is a fit tribute to a man of such energy.