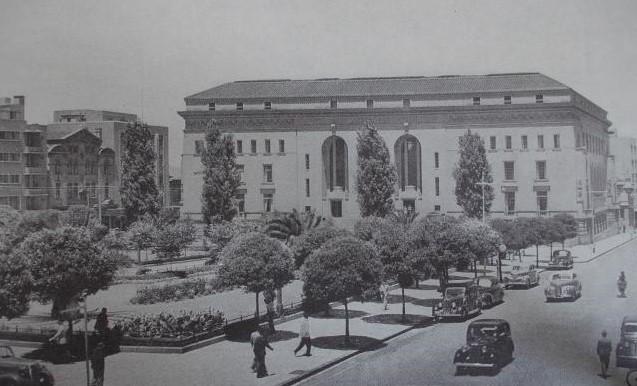 Africana Repository, R F Kennedy. Published by Juta, 1965, illustrated, 178 pages. This book is modestly subtitled, "Notes for a Series of lectures given to the Hillbrow Study Centre". It is an essential and scholarly guide to Africana book collecting. Kennedy was the Johannesburg City Librarian and was able to draw on and also shape the resources of the JPL and the Africana museum. Kennedy knew what he was talking about, he shared his knowledge with a lay lecture audience, keen collecting enthusiasts, historians and librarians.

It is still an excellent introduction to what is Africana, what is collectable, who were the great Africana collectors and what the bibliophile should consider to be collectable. He reminds us that Africana is not only that which is old and rare but also that which will become old and rare over time and ephemera of today which is so readily discarded shall be sought after tomorrow because of its future scarcity.

Africana collecting takes a discerning eye and an enquiring mind. I think this is even truer today than in Kennedy's time because of the sheer volume of paper but also the shift to the paperless society. Kennedy was a fine scholar so it is still a delight to follow his logical and chronological route through accounts of travels, exploration, missionary work, shipwrecks, hunting and military exploits. His final chapter on some Johannesburg Africana covers early newspapers, memoirs, autobiographies, histories and directories. Of course this is a book about books, maps, pictures of Africa and its indigenous people from a European and settler or sojourner perspective. Africa was exotic and open to conquest through gun and bible but no more so than early Canada or Australia. The surprising find is that a book published 50 years ago should feel so antique and so dated and yet it is still a rich source of information and an enduring reference book. 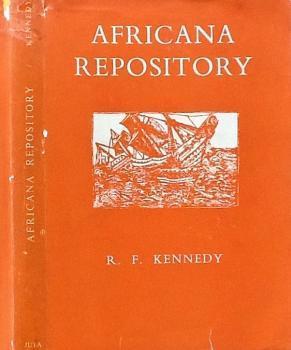 The Heart of a City: R F Kennedy published by Juta 1970. The sub title is A History of the Johannesburg Public Library. This is one of those great tomes that only a man who loved and knew the books, bought, planned and shaped the collections of the Johannesburg City Library could write. It was the labour of a lifetime, it was an important work of bibliographic and librarianship studies. It is a substantial work of reference. Kennedy was the City Librarian from 1936 to his retirement in 1960. He was spot on in calling the library the "heart of the city" and how fortunate for the city that the early librarians were men of scholarship and enthusiasm in their collecting reach and organizational skills. Johannesburg too was fortunate in its city fathers who with civic pride saw a solid library open to all citizens as an essential facility.

Located on the old Market Square, the John Perry designed 1935 library had many fine features and was a beautiful building modeled on the New York JP Morgan Library, despite some design limitations. It was an unusual building in incorporating a theatre, and the Africana and the Geological museums. The JPL was the first of the major South African City Libraries to be free and not a subscription library, and it was the first to develop a branch library system and also to put a traveling library on the road. It was a library divided into a Lending library and a reference library and this meant that school and university students came to work and study in the library. Whether it was music, or art or South African history or you just wanted to read today's Star it was a wonderful city hub.

Much of this dense book is unreadable but for those of us who grew up using and loving the Johannesburg Public Library and all it offered and still offers its citizens, this book is an essential item of Johannesburg history. 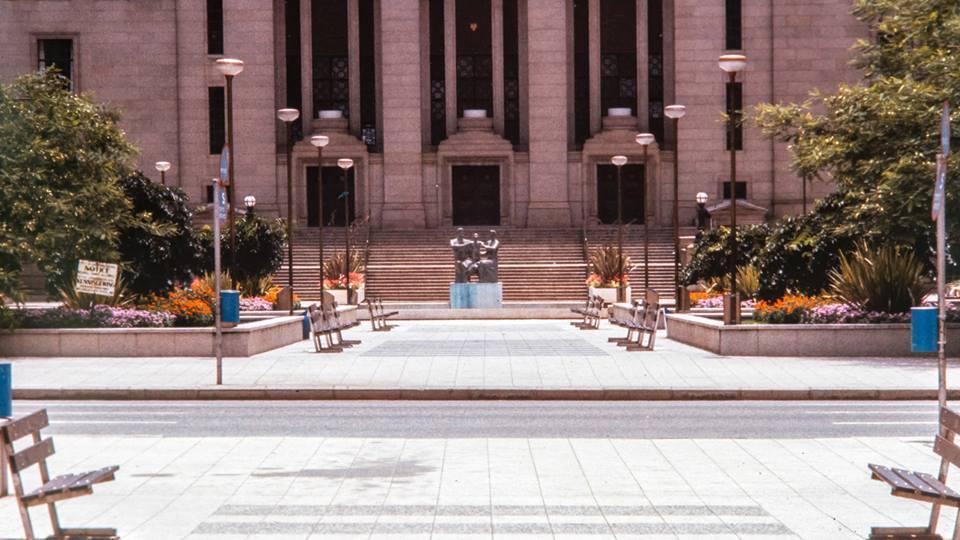 The Ernest Ullmann family group, positioned in front of the library, pictured on the dust wrapper was unfortunately stolen a few year ago, so the picture becomes a documentary record of its existence. The JPL was redeveloped and reconfigured (the architect was Jonathan Stone, with funding support from the Carnegie Foundation and reopened in 2012 . Our City Library still boast fine books and irreplaceable treasures.

Munro Stars: ***** (5 Stars) because of excellence of scholarship 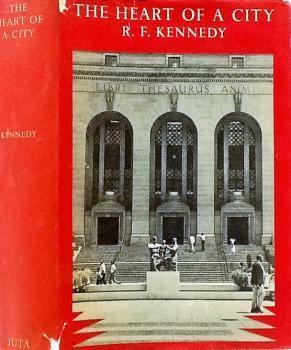 ***** (5 Stars) A  superb book , top reference source , recommended to the highest degree and has influenced me in some significant way.

**** (4 Stars) A very good book, a worthy reference or an excellent read

*** (3 Stars) Good effort and contains much of interest... the expected norm for a book

** (2 Stars) Some merit, keeping in the library but not overly impressed

* (1 Star) Awful book not worth keeping