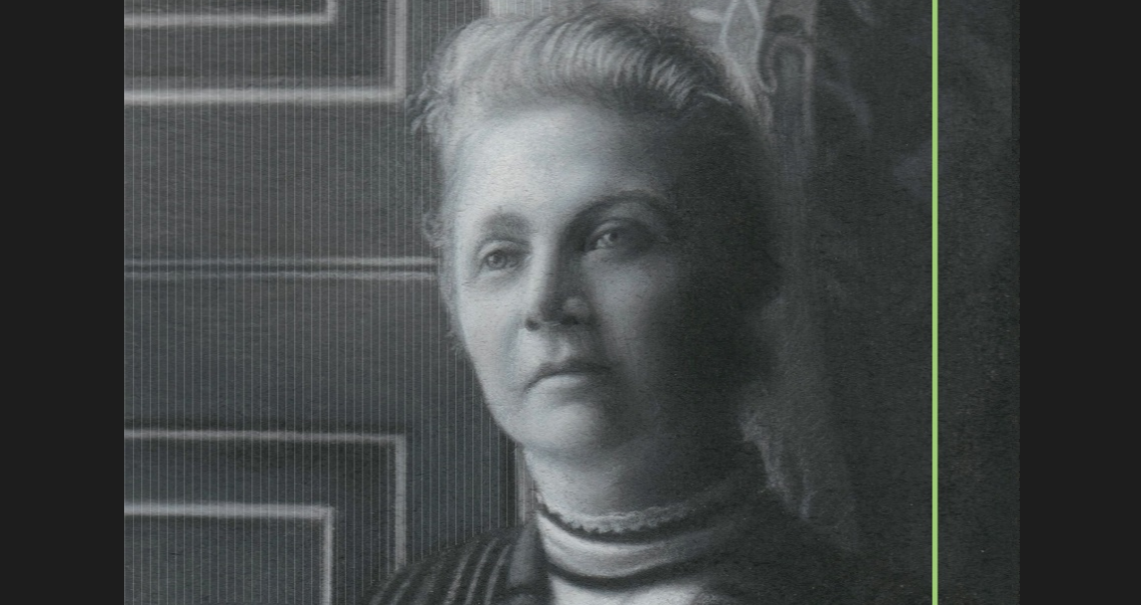 A few weeks ago I reviewed Rob Eales’ book on Emily Hobhouse and the Boer War published by UCT Press in 2015 (The Compassionate Englishwoman - click here to view). I was drawn to that book because it concentrated on the Boer War years and the experiences of Emily Hobhouse as the compassionate, strong willed woman investigator and campaigner who showed caring and human empathy to the Afrikaner women and children. She engaged to provide considerable practical help. Thousands of the Boer families found themselves victims of the scorched earth policy of the British military authorities. After the fall and occupation of Johannesburg and Pretoria the war did not end but switched to a new phase of guerrilla skirmishes. Kitchener and Roberts thought that the speedy defeat of the men on commando would follow if the British army units burnt the farms, built blockhouses, seized the cattle and consigned the families of the fighting men to basic army style camps in towns.

These came to be called concentration camps. It was Emily Hobhouse, a British woman from Cornwall, who took up the cause of the Boers. She arrived in early 1901 to travel to the camps in the Free State and to investigate conditions. She was fortunate to have the social position and political connections to win her the permission she required to travel to Bloemfontein and into war territory. It was her campaigning drive that then exposed the reality of high death rates in the camps (particularly among children), unhygienic conditions, a lack of clean water and essentials such as soap and inadequate rations. Once back in Britain her report was published and she set about touring to raise both relief funds for the women in the camps and awareness for the Boer cause. She took up the political challenge and this brought her acclaim and “beloved“ status in South Africa but opprobrium and “traitor“ status in her home country. My own grandmother was held in a concentration camp in Bethuli in the Free State and so in our family Emily Hobhouse was a personal heroine and almost an adopted esteemed ancestor.

Elsabe Brits, a journalist, had the good luck and dogged determination to track down the personal papers of Emily Hobhouse on Vancouver Island, Canada. This was a scoop for a journalist with a flair for spotting a good story. A brilliant treasure trove of Hobhouse material, archival records, family memorabilia, diaries, letters, scrapbooks and photographs were contained in a trunk and some boxes owned by Jennifer Hobhouse Balme, the granddaughter of Leonard Trelawny Hobhouse, the younger brother of Emily Hobhouse. This was indeed a phenomenal find and the author travelled far in search of her bonanza and was duly rewarded. Brits was given the rights to draw on and reproduce this material in this new fresh biography of Emily Hobhouse. This book tells the story of Emily’s life and takes the reader beyond the Boer War and the South African connections. Emily Hobhouse achieved fame and notoriety; but how do you measure those highlights of her work during the Boer war with a later life that seemed to be seeking a replay, and fresh notoriety. Here was a woman who amid the public acclaim also stirred controversy. Her causes were sometimes questionable. 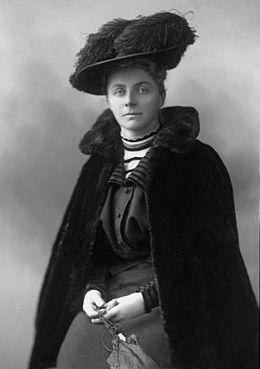 The strength of this book lies in the enormous number of photographs and scans of diaries and documents of Emily Hobhouse, her contemporaries and her time. Such papers are indeed rare and precious and there is enormous value in an experienced author and researcher taking up the challenge of using the archive material in a way that makes the documents accessible to a wider readership. There is excellent material here in the unusual photographs and the examples of notebook pages. Brits makes much of the unpublished autobiography of Hobhouse. This is an exhaustively researched book with careful end notes, a near comprehensive bibliography (the Eales book has been missed) and a systematic index.

However, the book lacks a critical dimension and fails to assess the value and the impact of Emily Hobhouse during the Boer War and the First World War. In that sense this is a journalist’s account and not an historian’s biography. It is a biography that shifts to hagiography, as the perspective of the author is totally partisan.

This is a great pity. It is the quality of the writing and the interest of the archive that has been unearthed that will hold the reader. Brits writes as a competent wordsmith, with a fluent and fluid style. The language is colloquial, easy to read and current. However, there should have been less striving after effect and the sensationalizing of quotations and phrases. The subtitle of the book “beloved traitor“ appeals to the emotions, but the author in fact fails to tackle the major historical controversies surrounding Emily Hobhouse or to take note of the work and scholarship of historians. The central question as to whether the tactical decision to create concentration camps prolonged or shortened the Boer War is not addressed. The contrast between camps for black and white internees is not probed to any extent. In writing about Emily Hobhouse’s pacifist activities in the First World War, the author is passionate to present Emily’s viewpoint and perspective but knows little about the politics of the era. There is no objective and dispassionate or critical analysis of Emily’s actions and the consequences of those actions, e.g. her visit to Germany in 1916. What were the strengths and weaknesses of Miss Hobhouse? Did she understand modern warfare? What was the effect of a limited and rather poor education? Did she have any common sense?

The final chapter titled “Love in a notebook” is a somewhat misplaced romantic dash to the finishing line, that tells about Hobhouse’s forlorn and unrequited love interests. Far more should have been made of the assessment of Emily Hobhouse by her brother, Leonard, and while included, this is precisely where a final chapter should have started.

I suppose if one is a pacifist one cheers Emily Hobhouse for her courage and her opinionated readiness to act on her convictions. She was the woman who had the distinction of exposing “a crime against humanity” and bringing such barbarism to light.

My major criticism is that the layout of the book is appalling as each double page looks like a succession of hectic flashing multi coloured computer screens. The information is presented in snippets, boxes and captions with the readership assumed to be small brained people with short attention spans. My intelligence is insulted when a sentence extracted from the text on one page is blown up as a caption in giant sized font, set against a dark grainy photograph. The text becomes almost impossible to read when colour spreads of vivid greens, mustard yellows, pastel blues and maroon reds mean that the font of the narrative then changes from black to white and back again. A single example suffices, page 64 is of black text on a mottled dark green background. To read this page I required bright LED light and a magnifying glass, the script seems abnormally small. Decorative large circles, chunky strips of white on green lines or red triangles slashed across pages adds absolutely nothing to the appeal of this book. I think the author has been poorly served by the book designer and layout experts. Such artists demonstrate no affinity for quality book design. A serious reader wants to get on absorbing the text and does not want to be distracted by a book that looks like a magazine or a computer screen. The author (or perhaps it is the publisher) has underestimated her readers. But perhaps the author and publisher think that this must be the answer the printed page needs to fight the e-book wave. Cover and book design by The Suits Communications scores a zero. It becomes a bit like trying to read the new style telephone directory where decision makers believe that jazzing up the pages with blue colour fades will turn the phone book into a take-to-bed best seller.

My regret is that the astounding archive contained in that trunk and boxes on Vancouver Island was not deposited by the heirs of the Hobhouse family in a national record office or library either in Britain or South Africa, and in that way be accessible to scholars with the historical knowledge, background and intellectual tools to write or rewrite the Emily Hobhouse biography. I hope that these important papers will also be open to other scholars, such as Eales or Van Heyningen. 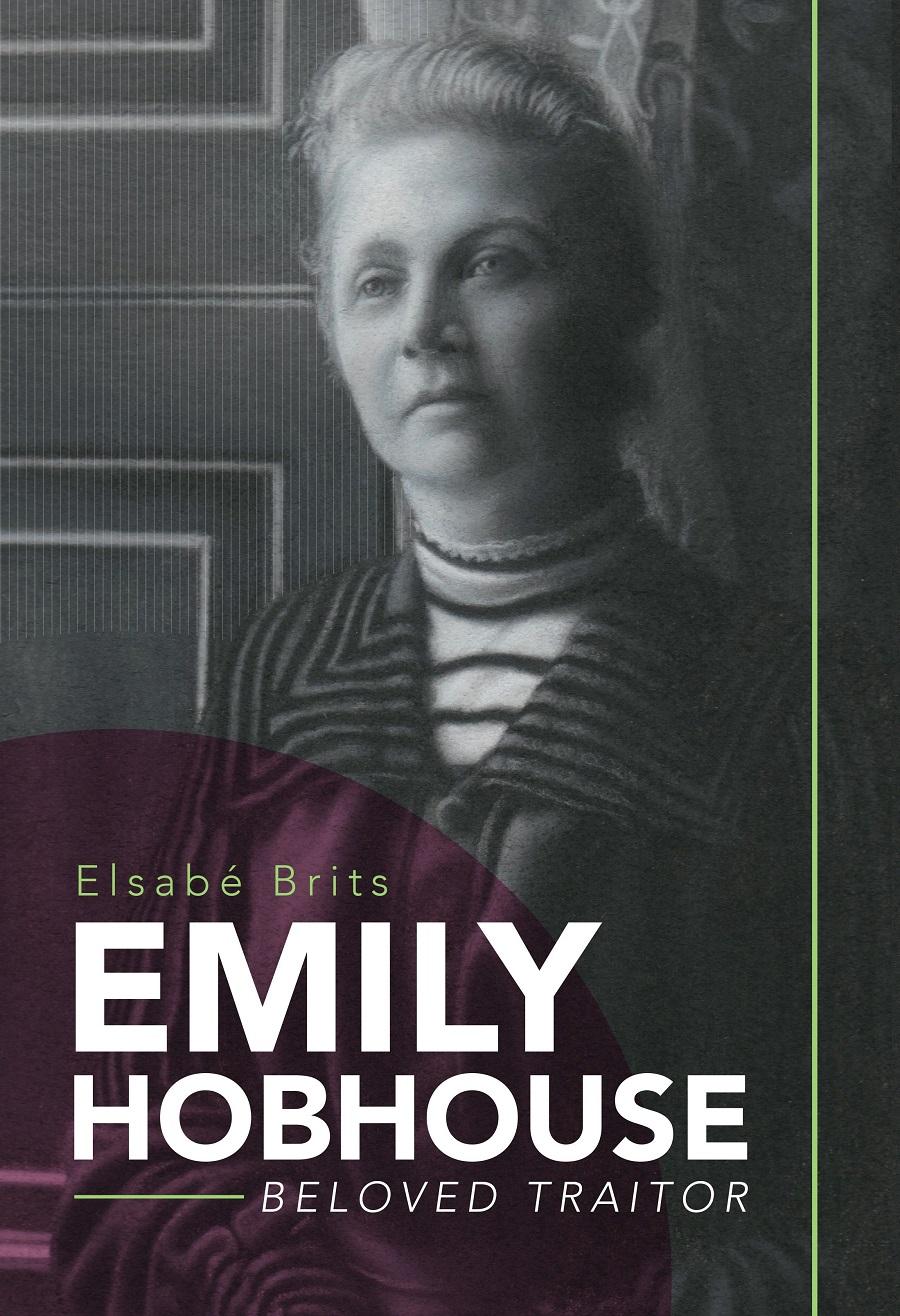 2016 Guide Price: The book retails at R328 (paperback) at Exclusive books, where I bought my copy, in the week it was published. I have no doubt that this book will sell well. There have been many positive newspaper reviews.