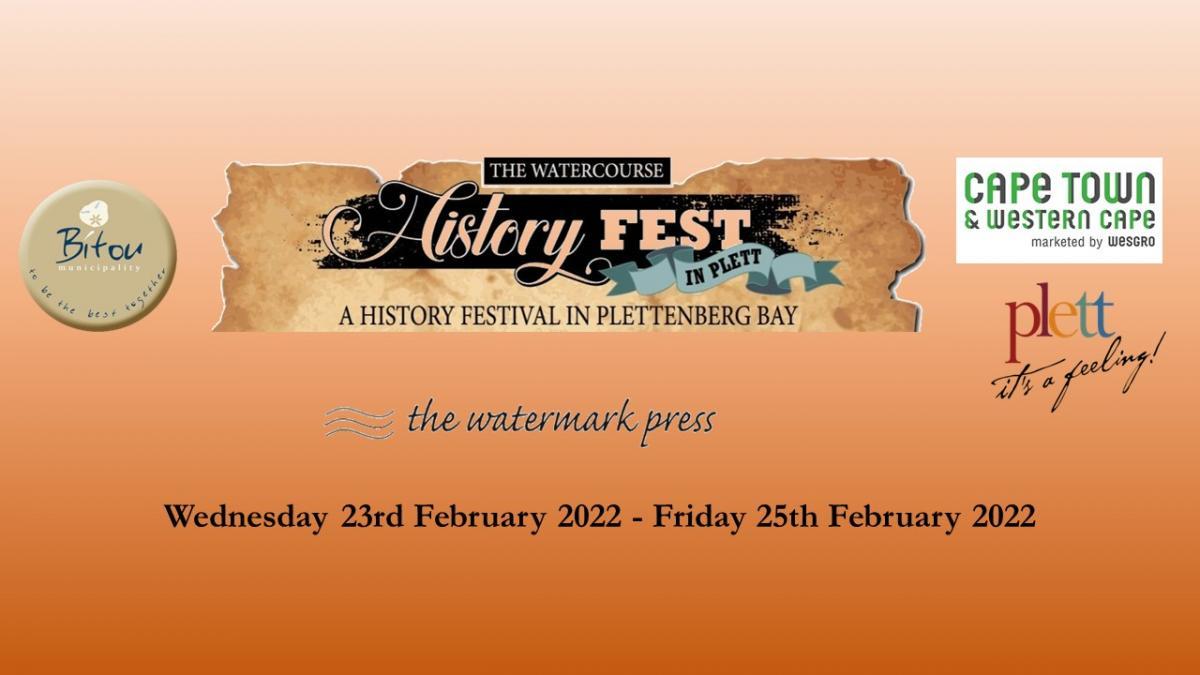 The Watercourse History Festival in Plettenberg Bay is the third in a series that was designed for those of us who have a passion for history.

The overarching theme for 23-26 February is “Crossing Borders” and the opening presentation will be by veteran TV personality David Hall-Green on “Kitchener’s Revenge: The Battle of Omdurman in the Sudan, 1898.

Starting with Heritage Consultant and Gorinhaqua activist Ron Martin on “Khoekhoen Resistance to Dutch Settlement”, Dr Dan Sleigh will then discuss “The Return Fleets of the Dutch East India Company, 1602-1795”.

While Professor Mike de Jongh will discuss the Eastern Frontier legend Coenraad de Buys, Professor D.J. Culpin will discuss “Le Vaillant’s Travels into the Interior of Africa – adapting an African travel narrative to the Literary Tastes of 18th Century France”. His latest English translation will be launched by the Historical Publications of Southern Africa (HiPSA) on Wednesday evening, the 23rd February 2022, and will equally serve as the launch of the festival.

They say a picture speaks a thousand words and who better to explain than Andrew Lamprecht of the IZIKO/South African National Gallery and curator of the Michaelis Collection, which covers everything before 1950.

We then move to the beginning of the 20th Century,, where Professor Howard Phillips will discuss “Black October: The ‘Spanish Flu’ of 1918 in South Africa”; Vivian Bickford-Smith will discuss “The Significance of Interracial Friendships in the Apartheid Era”; Chiara Carter will share her experience of alternative media in the 1980s; Josette Cole will discuss community histories from Crossroads to Observatory in Cape Town, and Nick Mallett will be the guest speaker on “Transformation in South African Rugby” at a gala dinner in aid of the local Plettenberg Bay Rugby Club.

Finally, Piers Pigou — one of the interlocutors at the South African Truth & Reconciliation Commission (TRC) — will speak on the current insurgency in the Mozambican province of Cabo Delgado, a true incident of “Crossing Borders”.