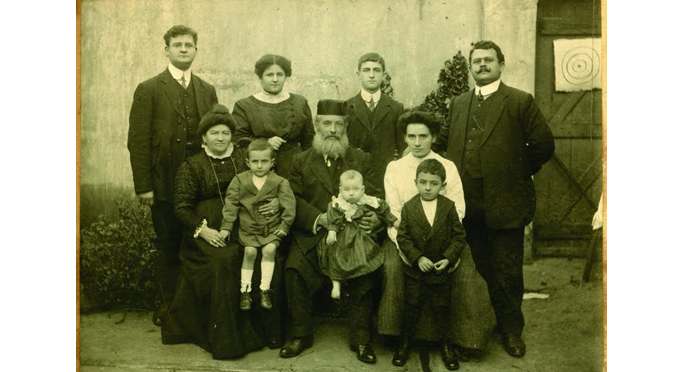 Review of The Reb and the Rebel Jewish Narratives in South Africa 1892-1913. Edited by Carmel Schrire and Gwynne Schrire. Published by UCT Press and the Kaplan Centre of Jewish Studies and Research, University of Cape Town. 2016. Paperback, illustrated. 258 pages. ISBN no. 9780799224931

At first glance this would appear to be a book of limited appeal. It is likely to be read with enthusiasm by the members of the Schrire family, near and far, because it is a collection of family manuscripts. Perhaps this is a book also likely to appeal to the Jewish community who are interested in roots and Jewish genealogy. But this is entirely the wrong conclusion. This volume adds to the history of Jewish settlement in South Africa and throws light on Cape Town social history in the two decades before World War I. As I turned the pages, I found this a surprisingly good read and decided that this is a book of far wider appeal than the title signals. These are personal stories of immigration, new lives, struggle, trial and travails that speak for so many who came to South Africa in search of better lives.

Reb and the Rebel - book cover.png 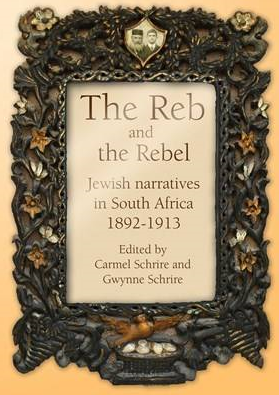 This is a story of a particular family, the Schrires, told through the diary, long epic poem and a memoir of a father Reb Yehuda Leib (1851-1912) born in Lithuania and his youngest son, Harry (1895-1980), born in Cape Town and hence a first generation South African. There is a universality in the immigrant story of travel, hardship, poverty, family roots, adventure, entrepreneurship, illness, first business success, perhaps early financial set-backs, and then efforts to try yet another venture and then longer term prosperity and the founding of families which then became prominent and successful in South Africa.

I particularly liked the formal family photograph from 1911, showing the patriarch, Reb Yehuda with his wife, four children, daughter in law and three grandchildren (see main picture). The photo was taken a year before Reb’s death. The family poses in comfortable affluence and confidence. A studio portrait signals a certain status of immigrant outward achievement and success. The survival of this photograph is a rare gift for the descendants of this Cape Town family.

There is a strong interest in Jewish genealogy in South Africa as much as in the USA and Britain. People everywhere search for their ancestors and look for geographical roots. Dr Saul Issroff founded the Southern African Jewish Interest Group online and this site (click here to view) provides a huge amount of information about Jewish history and settlement. Between 1880 and 1914 there was a ten-fold increase in Jewish immigration to South Africa, with the Jewish community growing from 4 000 to over 40 000. Ninety per cent of Jewish immigrants came from Eastern Europe, mainly from Lithuania. Issroff, in an online article on researching Jewish genealogies in South Africa, explains that these “Litvaks” came from the provinces of Kovno, Vilna, Grodno, and from Northern Suwalki (East Prussia and later Poland) as well as from the Byelorussian provinces Vitebsk, Mogilev and Minsk. In the first South African Union census of 1911 47 000 Jews were enumerated. Unlike other Jewish communities that formed in North America and Australia, the South African Jewish community was homogenous in their origins in the years before 1920.

Why did these Lithuanian Jews come to South Africa and spread the Jewish diaspora to the southern tip of Africa? Were there any common patterns? Demographic history reveals a combination of push and pull factors in migratory surges combined with the progress in transport and travel that made movement possible and affordable. Lithuania has a proud independent history but for several centuries it was part of the Russian empire and for a brief time occupied by Nazi Germany. In the late 19th century Jewish communities in hamlets and towns found themselves subject to pogroms and anti-Semitic waves; despite the strong religious and hence literate traditions, poverty was widespread and epidemics, drought, harvest failures, army service, fires among narrow wooden village buildings and political events may have pushed emigration. But what this family’s history reveals is that migration could be reversed and families or individuals could take a decision to return to their homeland or try out alternative spells of residence in England or in Germany and then come “home” to Africa. Movement could be both north and south and provided one had the funds for steamship travel there was some fluidity in travel by the early 20th century with regular sailings between South Africa and Europe.

This volume, comprising three distinct autobiographical manuscripts by two men, has been given cohesion and context through the work of the two editors and family members, Carmel Schrire and Gwynne Schrire, who are competent scholars and researchers. In an introductory chapter they explain the South African context of the Schrire manuscripts, the origin of the manuscripts, how they were found, transcribed and translated. Here are the biographical thumbnail sketches of father and son, so that one is given a road map before one even tries to read the main text. Their footnotes are a model of scholarship. The diary of Reb Yehuda, his epic poem and then the memoirs of his son Harry make up much the greater part of the book.  A final chapter by Carmel Schrire is a discourse on the authors of the manuscripts and extends the coverage on family background, marriages and lives well lived.

In my opinion, the two context chapters should have been placed together and edited to eliminate repetition. In addition to this what is missing, which should have been researched, was the broader international context of the Jewish diaspora and migration. An appendix lists the genealogy of the Schrire family compiled by Paul Cheifitz. It is set out in a long list of names, indented further into a page for the next generation. Additional appendices document writings and art works of Yehuda Schrire. An essential glossary of Yiddish and Hebrew words means a reader has the tool at hand to understand colloquial and written language.

The diary of Reb Yehuda Schrire is a rare document, written in cursive Hebrew, and recollects a period of 19 months in his life between 1892 and 1893. It reveals a momentous time of emigration from Europe, his arrival and sojourn in Johannesburg, his decision to leave Johannesburg and return to Lithuania and then his change of mind and prospects when he settled instead in Cape Town. The account of why he left Neustadt and of his journey to Johannesburg via Germany, Holland and England is fascinating. He travelled on the Dunbar Castle and stopped at Las Palmas before reaching Cape Town. It was a three-month epic journey and the voice of the curious, observant traveller comes through. Where the diary makes a new and interesting contribution is in his observation on life in early Johannesburg from the perspective of a proud conservative religious man whose employment was that of a religious leader and cantor to the Park Synagogue. Schrire quickly found that there wasn’t a match between the acculturated Anglo-German Jewish congregation and the traditional Eastern European Rabbi. He did not think they were sufficiently Jewish in their religious observance, their dress, their language, their readiness to shave their beards and abandon kosher food. Schrire was open in his criticism of his fellow Jews and their new town. He commented, “it is unbelievable that within seven years a city could be built in the wild South Africa within rocky mountains and hills of sand. A big city and a fortified metropolis. It is one point that gives light to almost the whole land of Africa with its golden sands and houses of bank notes.” His layman’s description of gold mining draws the distinction between prospectors, engineers and the “kaffirs” who do the digging once a promising seam has been located. Finding himself in penurious circumstances and not able to fit into Johannesburg, Schrire decides to return to Russia and his home and hence his return to Cape Town where he takes up employment as a ritual slaughterer. Its South Africa’s gain as Schrire put down roots and his wife and family eventually join him. Schrire died in 1912.

The second historic document is the Reb Yehuda’s epic poem the Tolada, of some 150 stanzas which sets out the story of his life, also written in Hebrew. The first third of the poem covers the same ground as his travel diary, but thereafter details his Cape Town experiences and life, travels and troubles of family life, illness and survival. Throughout his life his religious faith gave him a steadfast guide to understanding life and his role as son, husband, father and religious leader. He was a talented man who could turn his hand to practical crafts as well as literary compositions, but by the end of his life he regarded himself and his life as a failure.

Harry Nathan Schrire was the youngest son of Yehuda Schrire. His memoirs conclude the volume. He was far more secular than his father, although his upbringing in Cape Town was orthodox. These reminiscences cover his family and ancestry, his childhood, his school days and Jewish life in Cape Town in the first decade of the 20th century. Harry left South Africa following his father’s death to study medicine in Edinburgh. His father’s life had been lived within religious confines and within fairly narrow constraints of tradesman, shopkeeper, butcher occupations but Harry has the opportunity to make the transition to professional status within a generation. However, his world was even less certain and firm than that of his father and his plans were disrupted by the first World War. He returned to South Africa in 1920 and made his career in retailing.

This book combines a family story and sets one thinking about immigration and its implications for individuals, family and community. This family story would make a wonderful film. However, the title “The Reb and the Rebel” is not easily understood by a wider readership and fails to capture the characters of the two protagonists.

Review copy supplied by UCT press. Available on from Juta and Company